If you've managed to defeat the Leviathan at the end of the Pine Peaks with Order of the Moontide's help in Sail Forth, you're one step away from solving the mystery of Deadrock. In this beautiful open-sea sailing game, you'll go through many different areas with their unique design and captivating music.

You have to defeat the final boss of a particular area to get to the next one, but Pine Peaks is where your journey ends. At the end of this area, you'll meet an astronaut who will tell you how Deadrock came to this world, and how it can destroy the world if you don't take care of it.

How To Get To The Void Rift Quest 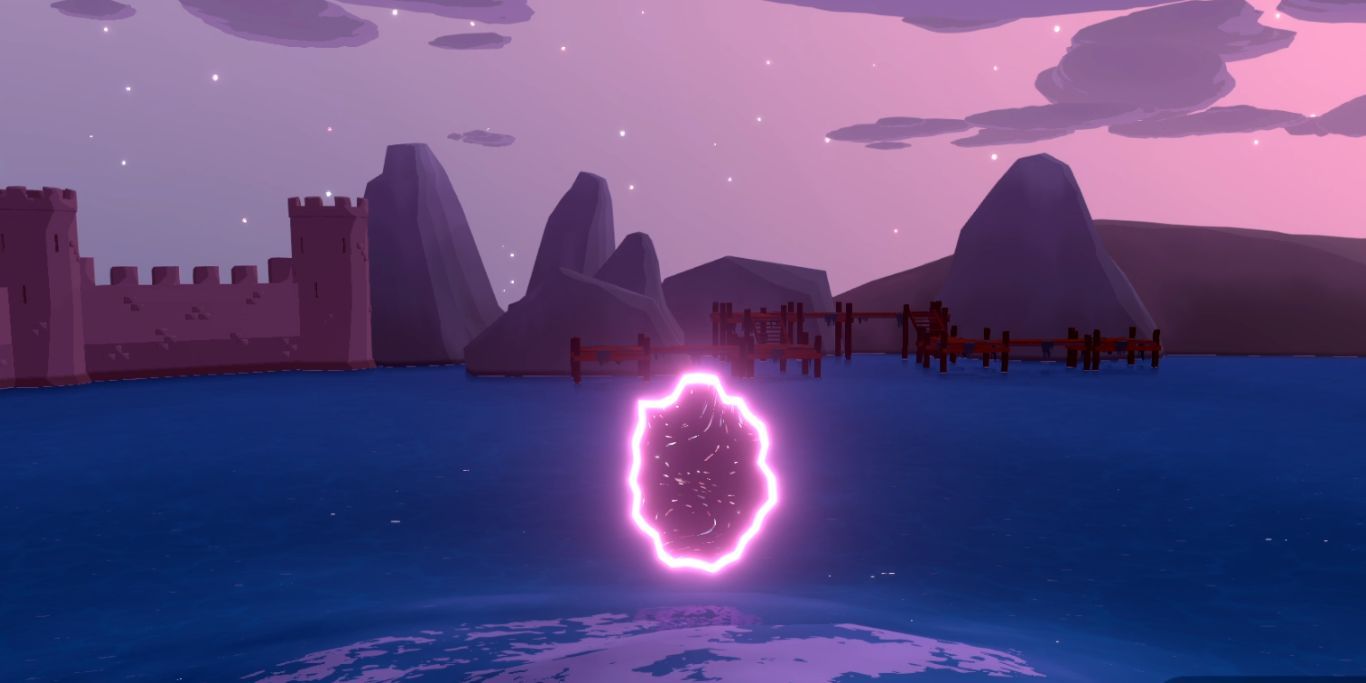 The Void Rift quest is the bridge between Pine Peaks and the final area called Eclipside. This area doesn't exist in your current world, and that's exactly why you'll need to power the unstable rift if you want to get to it. Although, it's a long journey to reach this part of the game itself.

When you start playing Sail Forth, the game will put you in the Sandy Shores area. You'll have to defeat these five final bosses before you can open the rift:

As you're fighting the Magma Leviathan, you'll realize that it gets two more heads for each one you defeat. This will force the Order of the Moontide leader to use forbidden magik, which will kill the Leviathan but cause a dreadful Eclipse in the process. When this eclipse starts, you'll be dragged into another realm.

In this realm, you'll find Nix who will tell you about the history of Deadrock, and you can simply follow the blue light beacons to get out of the area. Once you're outside, the researcher will ask you to get help from all the friendly leaders to open the rift back up. 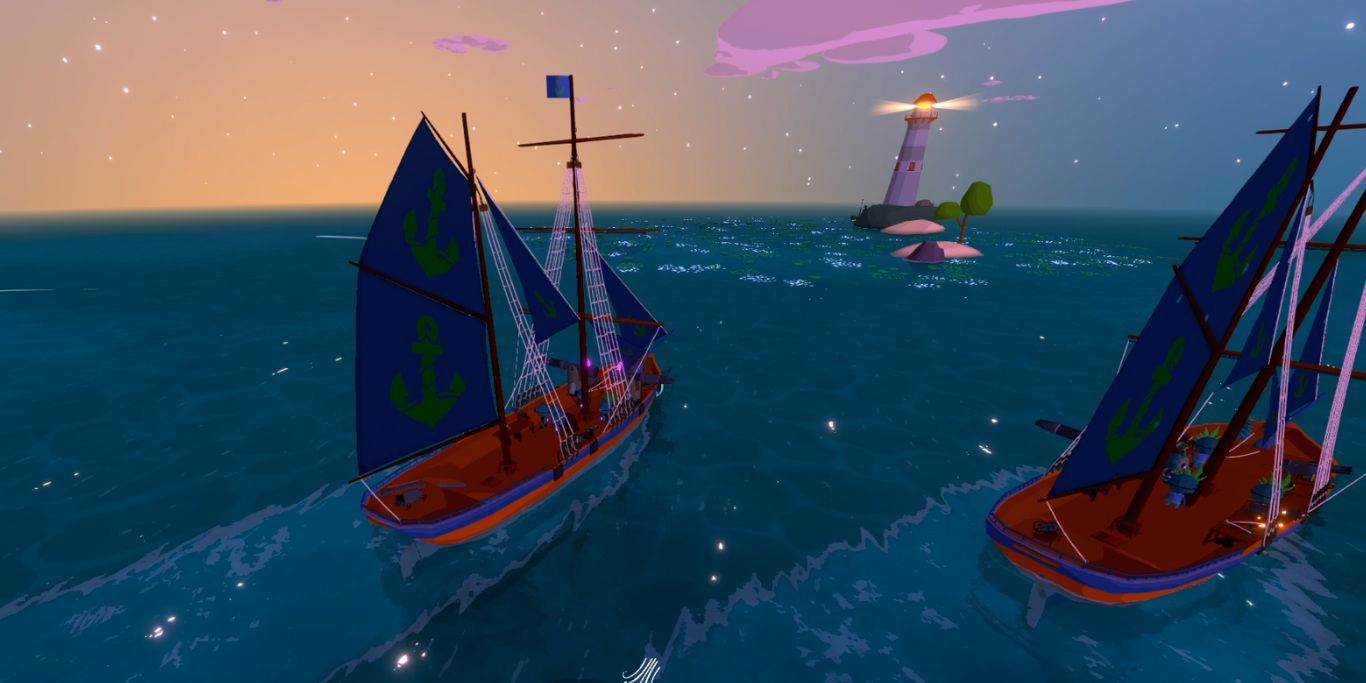 The first leader will be found in one of the lighthouses of The Green Ruins. The island you're supposed to go to will have a purple crown symbol on it. Head over to the island and find the lighthouse, where you'll see a familiar ship that you might have noticed when you were first exploring the area.

This ship has a lightkeeper who is struggling to stay alive, and you'll be asked to fetch the Aurora Lantern to revive the lightkeeper. After this dialogue, a different island will have the purple crown, which is your next destination. Once you reach this island, the map will have three large circles.

As you sail in these circles, you'll see fishing spots with purple bubbles, and they're hard to miss even from a distance. You have a chance of getting either the Aurora Lantern or a Pearl when you're fishing in one of these ponds.

If you get the Lantern, you can head back to the lighthouse. Although, if you get a Pearl, this will also spawn a blue jellyfish that you'll have to defeat. Once defeated, you can head over to the next circle and find the next fishing spot. 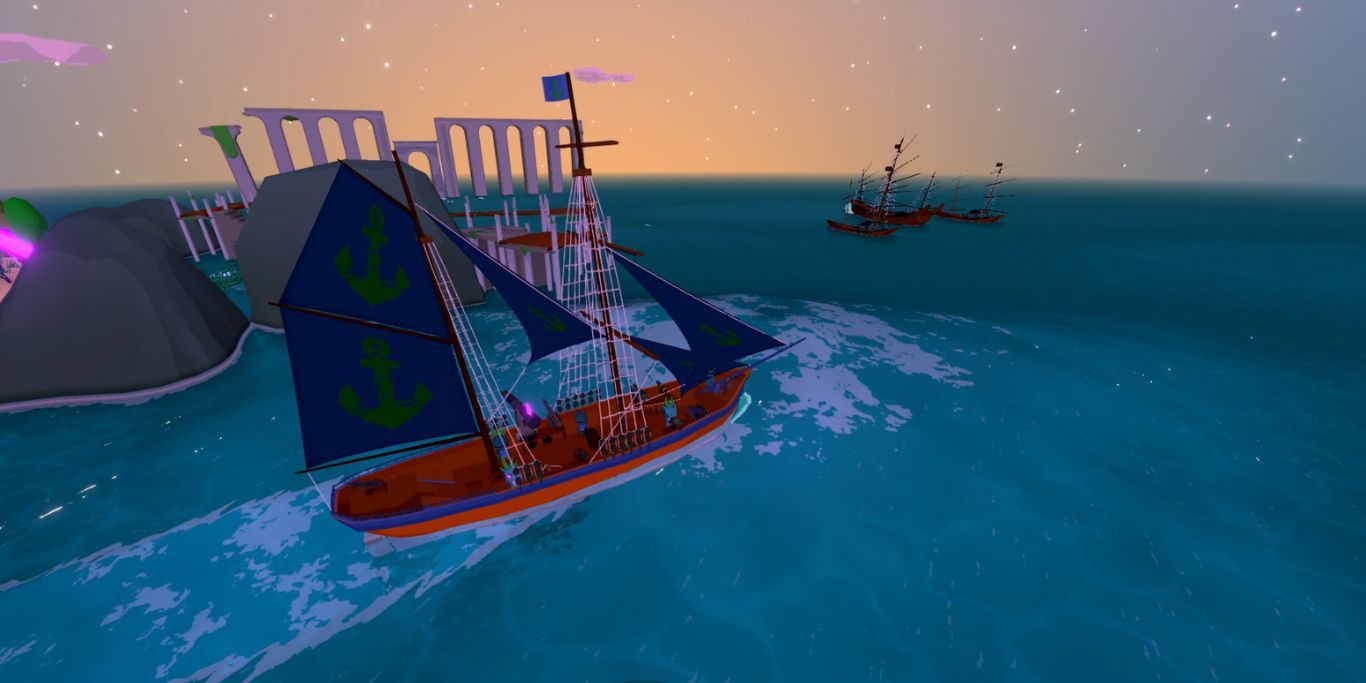 When the lightkeeper comes back to life with the help of the Lantern, he'll ask you to fetch three Spectral Oil stolen by the Skull Clan. Once again, this will mark another three islands with the crown, and you have to look for a fleet similar to the one in the picture above on these islands.

While the ships in the fleet might be different, they'll always be in groups of three and they'll be sitting still at a location unless you start fighting them. You can get the Spectral Oil by defeating the biggest ship in this fleet, but you'll be fighting three of them at the same time. After repeating this process on all three islands, you'll get three Oils.

Return the Spectral Oil to the lightkeeper by either going to the spawn area of your current island or traveling to any island nearby. Once that is done, the Lightkeepers will be ready for you at the rift. 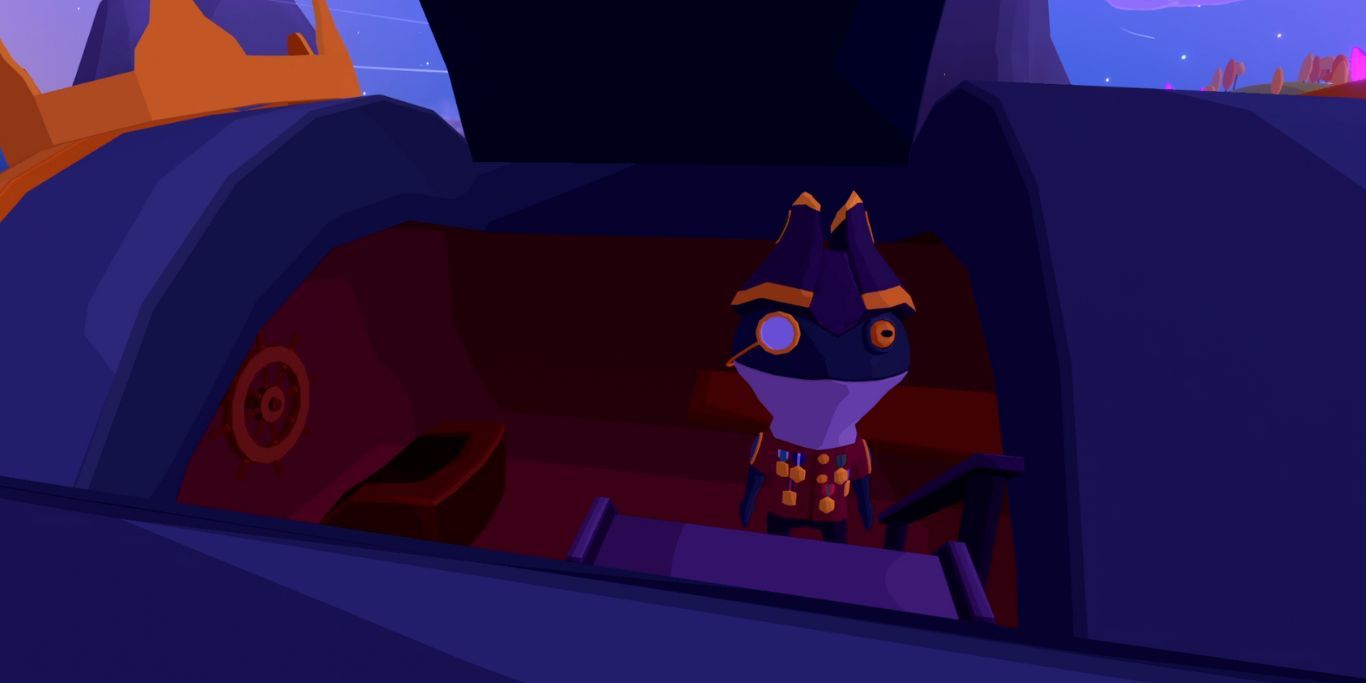 The Croaker Command Corps won't be an easy faction to convince. The first island for this quest will be marked as a green crown in the Autumn Isles area, and a normal pod will come up as soon as you spawn on this island. You can ask the Agent in this pod to fetch the commander, and the pod will go away.

Stay at the place you talked to the Agent and the Admiral's pod will come up in a few seconds. After filling him in about the current situation, he'll tell you that the Tekk Clan is trying to retrieve Teknogaunt's wreckage, and he'll ask for your help on this issue in exchange for his help with the rift. 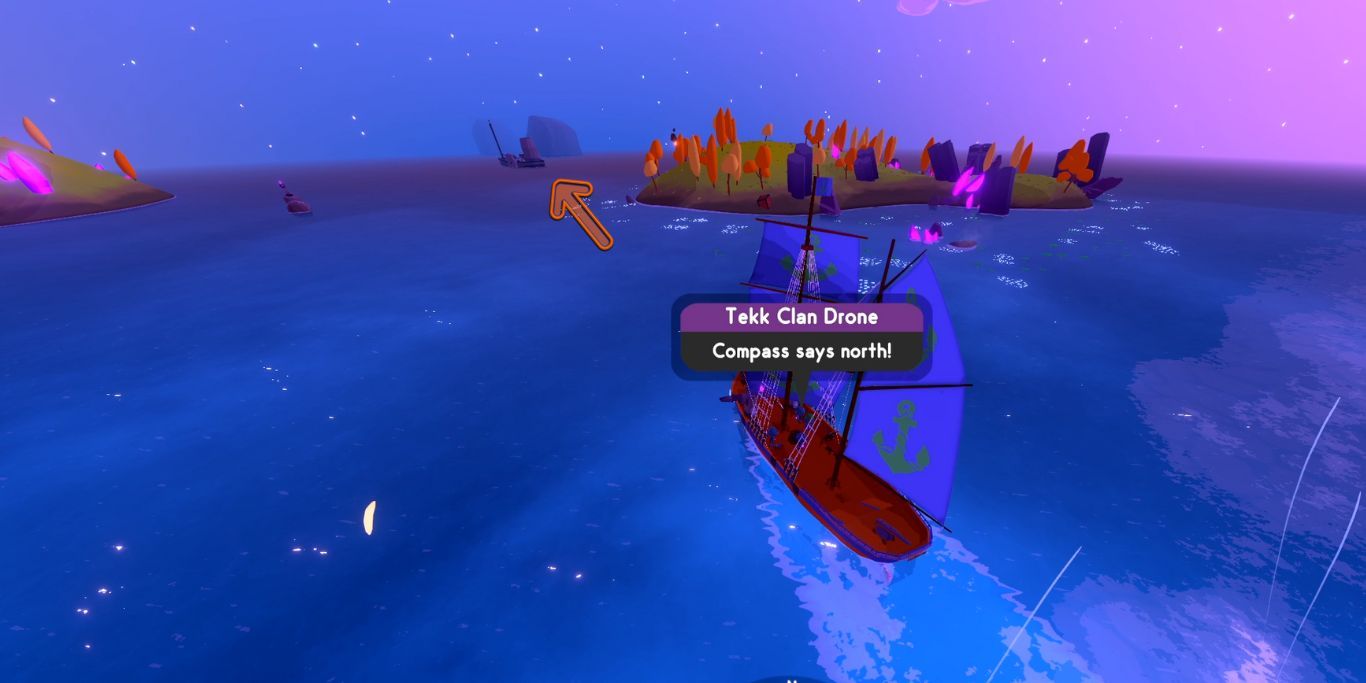 After the dialogue, three more islands will be marked with the green crown, and each of them will contain one Tekno Wreckage. When you spawn on one of these islands, try to sail around and look for suspicious Tekk Clan vessels. Upon defeating these vessels, you'll get wreckage.

Autumn Isles are covered with Tekk Clan vessels and you most likely found at least one of them on each island when you first explored the area. It's important to know the difference between a random vessel and the quest vessel if you want to save some time.

Essentially, the vessel that will drop Tekno Wreckage will be surrounded by two Tekk Clan Submarines. These submarines might go far from the vessel if you take too long to reach it.

After getting three Tekno Wreckages, you can find the Admiral once again, and he'll ask you to follow him to a Shipshape place. While he gets his weapon ready at this place, a few Tekk Clan members will launch an attack, and you'll have to defend the port while the Admiral waits for the weapon.

Once this entire fight is over, the Croaker Corps will be ready for you at the void rift. 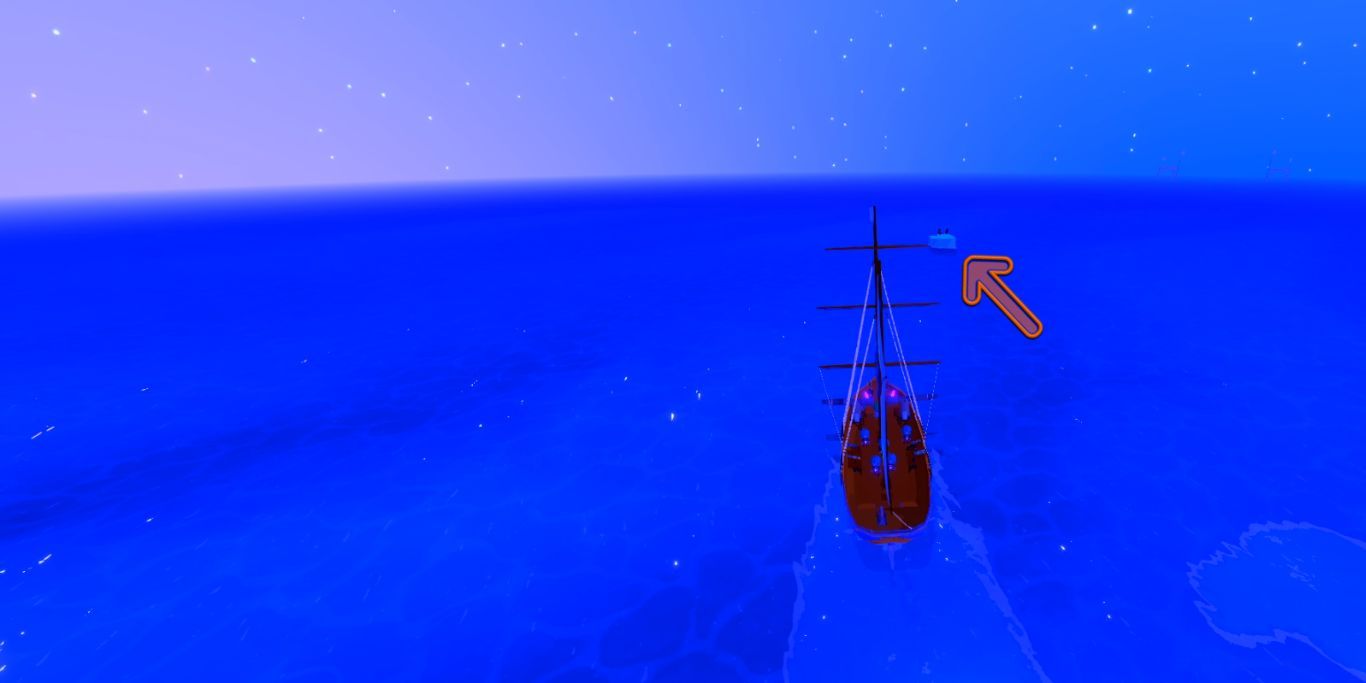 The third part of the void rift quest will take you to an Angler in The Frigid Sea. You probably met this Angler already while you were first exploring the area. It's marked with a blue crown on the world map and you can play a card game with the Angler and a penguin at this place before this quest starts.

As you talk to the Angler, he'll ask for your help in catching an Electric Wranglerfish. The first step to getting the fish is finding the penguins who swallowed the required bait. This will mark another three islands with a blue crown in the Frigid Sea, and each island will have three circles as you get to them.

While you sail in these circles, keep an eye out for small ice structures with two penguins on them. One of these penguins will have a barrel around them, and they're the creatures you have to Harpoon. You also don't have to get all the penguins in these three areas.

After getting six to seven penguins, you can simply talk to the Angler on the ship again and they'll start the next part of the quest. 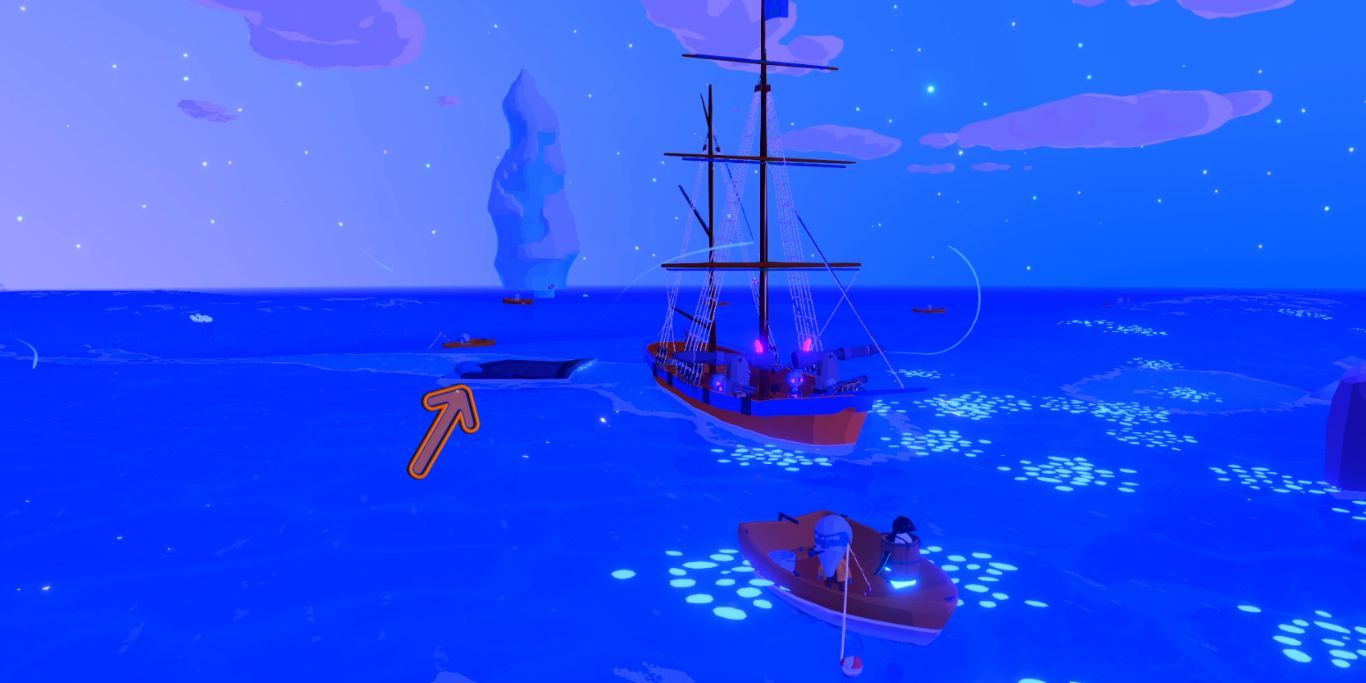 In the next part, you'll see a bunch of Anglers in small boats around the main ship. Talk to the people on the main ship and find the Angler who has the penguin afterward. To look for this Angler, you can either talk to all of them until you reach the correct one, or look for the shiny blue light on one of their boats.

Sometimes, after talking to the main ship, the game will teleport you to a different island. In these scenarios, you have to teleport back to the required island and find the main ship again before you can talk to the other Anglers.

Upon getting the right Angler, he will force the penguin to throw some bait into the sea, spawning the Electric Wranglerfish. Once spawned, you can simply defeat the fish and the quest will be over. 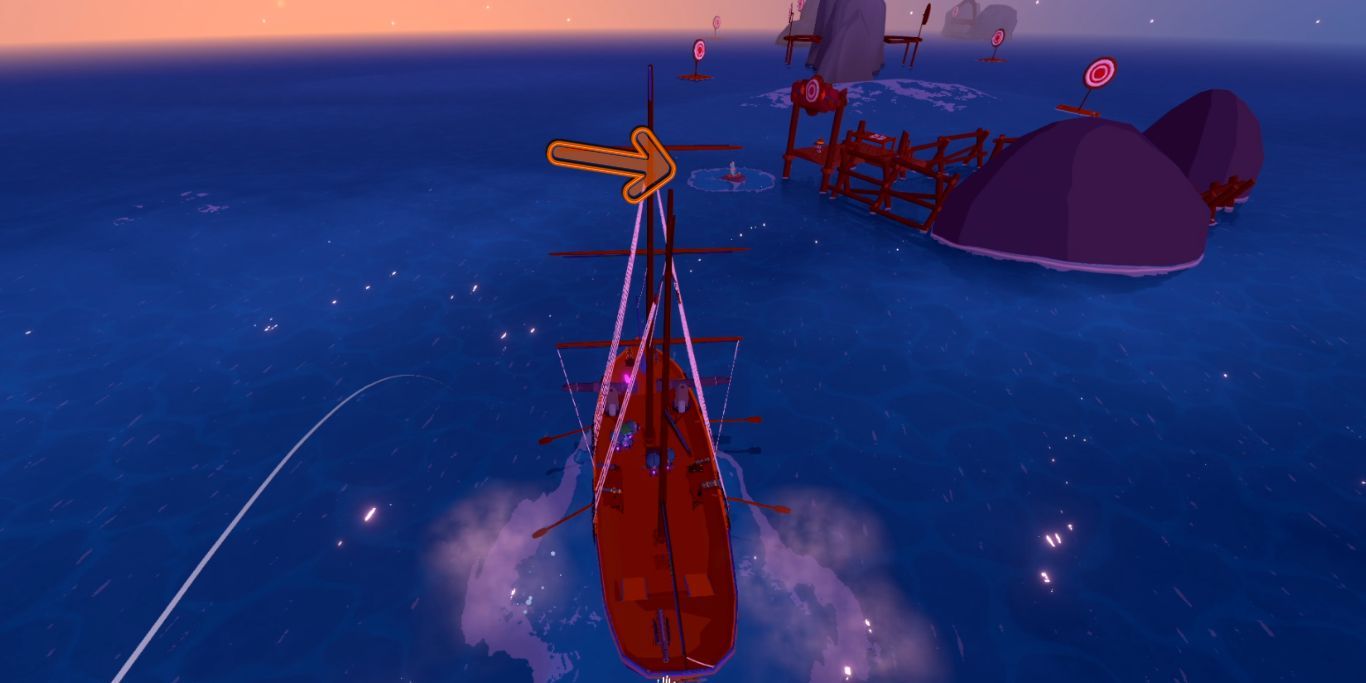 In the final part of the Void Rift quest, you'll be helping the Order of the Moontide get their leader back. Their leader was frozen in time as a punishment for using the forbidden spell, and it's your job to free her. To start off, you can head to the island with a yellow crown and find the Moontide member in the area.

The member will be talking to the person who lets you play the Target Practice mini-game since his dock is built on their main shrine. After this dialogue, you'll have to fetch three seahorses for the mustached man, and you'll find them within the circles marked on the island map.

To fetch the seahorses, you simply have to take the ship you're controlling near them. Once you're in the range, they'll dive into the water and start following your ship. Bring the seahorses back to the man and he'll leave the area. 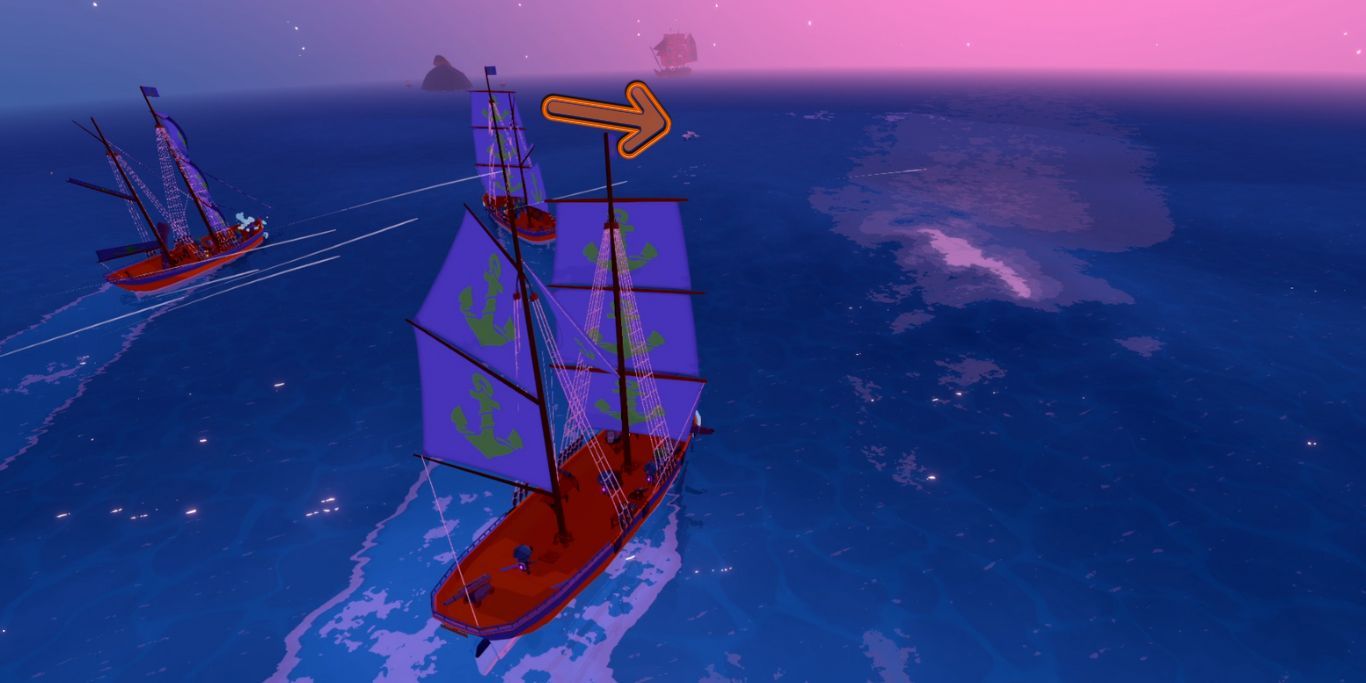 When the area is free, the Moontide member will ask for your help in getting three Prophecy Bells. Three more islands will be marked with a yellow crown, and each of them will have a large circle on them. Head inside these circles and try to find white flowers, as shown in the picture above.

Once you get close to these flowers, the Moontide member will fetch the Prophecy Bell for you. Although, you'll have to fight two and three corrupted Skull Clan vessels when you collect the second and third bell respectively. After you have the bells, head back to the main shrine and the Order of the Moontide will come for your support.