Every Saints Row game has easter eggs and references hidden around their maps, missions, weapons, and cosmetics. And with the launch of the Saints Row reboot, there are a plethora of hidden references that are being discovered relating to every game in the series, and even other games made by Volition.

However, with the reboot, plenty of changes made the game very different from previous entries in the series. And with the world being very expansive with areas spread out and hidden all over, many of these things only previous players of the series would notice. 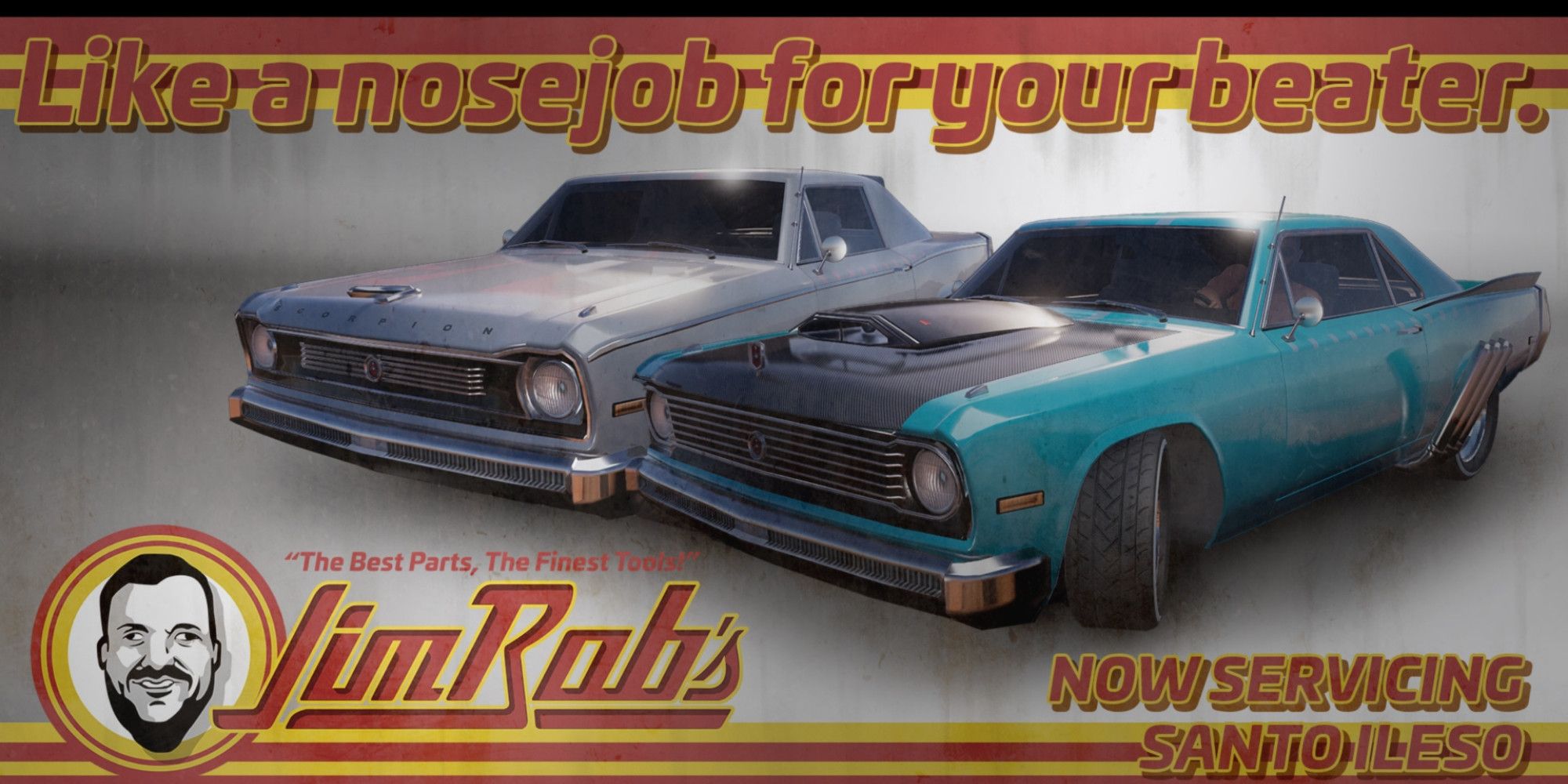 The Saints Row reboot has surprisingly done something very unusual with all the names of the stores and shops. They’ve simultaneously changed and removed a bunch of stores that would be deemed offensive while bringing back plenty of stores from the original first two games in the series.

Many fans will notice that RimJob’s Autoshop has been replaced with JimRob’s. Meanwhile, Image As Designed, a face reconstruction shop, has been outright removed. But surprisingly, several stores from Saints Row 2 have been added, like the fast food area called Freckle Bitches – although now shortened to FB’s, as well as Branded, and Impressions. 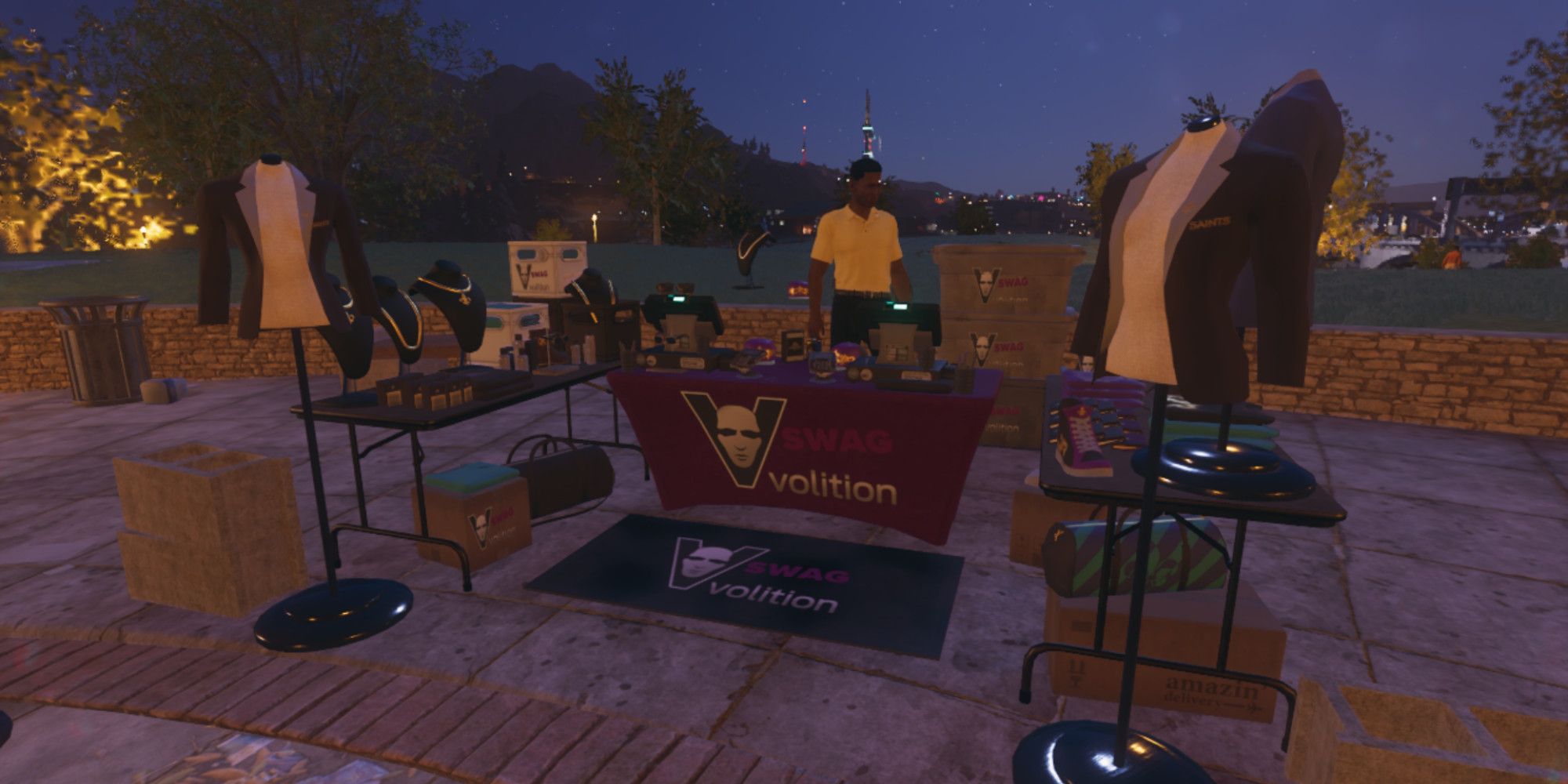 Promotion material and references to previous games made by Deep Silver Volition are scattered throughout the game. The most prominent one is the Volition store located in the Lakeshore North area of the city. In the store, you can find cover art for Saints Row 2 on shirts and other products.

On top of that, there are other buildings around the map with the logos of Volition, Agents of Mayhem, Saints Row games two through four, and Red Faction. These were all things that many fans of the previous games will remember, although none are as evident as the Volition store.

6 Some Weapons Skins Are Throwbacks 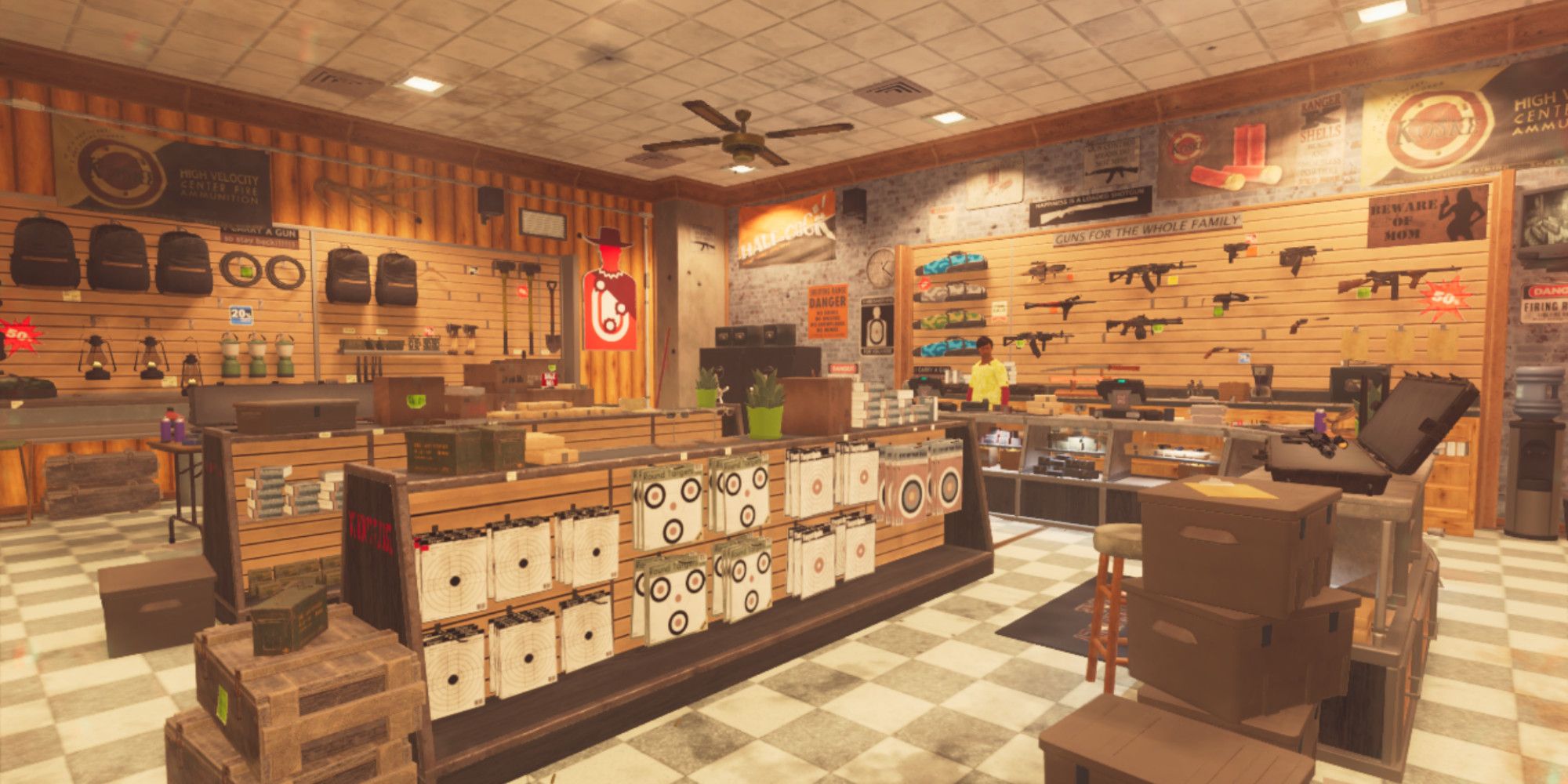 Weapons in Saints Row are often modern and upgraded versions of those from the previous games. And unfortunately, many of the skins that can be used for these weapons are either copies of other guns, or they don’t have any at all.

However, some remnants of previous game weapons and skins are surprisingly inserted into this game. For example, they brought back the D4TH Blossom SMG, K-8 Krukov AR, and the TOGO-13 SR from Saints Row 3. You can also find the Riot Shield, Potato Gun, and Laser Weapons from Saints Row 4. 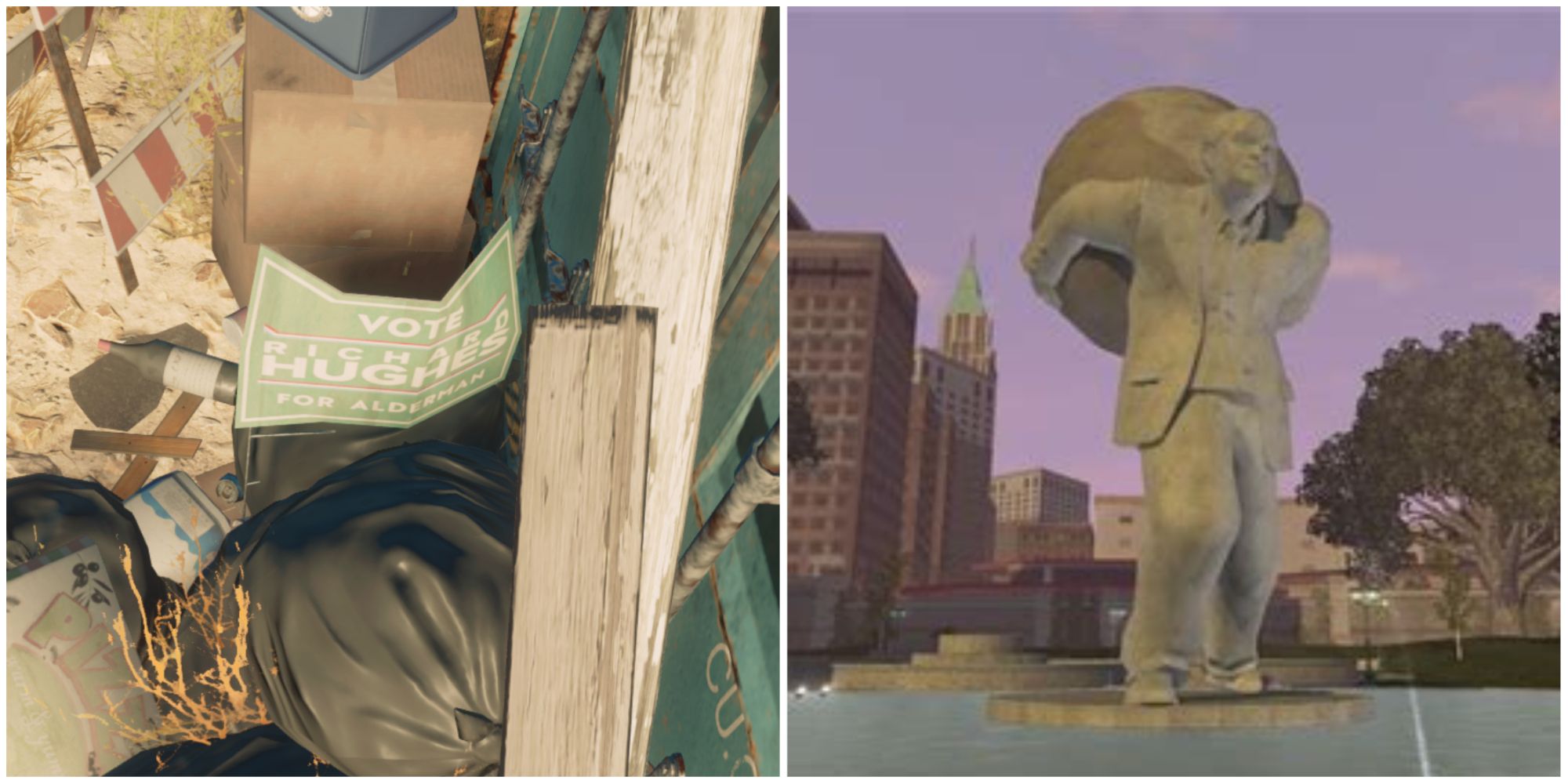 Richard Hughes is a prominent figure in the first Saints Row game as a corrupted candidate who uses and tricks the Saints and Playa. He makes them do his dirty work by killing other candidates and destroying property so that he can win the election to become an official.

But, after he is killed at the end of the game, his legacy is destroyed, and he is only mentioned briefly in Saints Row 2 and 3. However, he returns in the Saints Row reboot in the form of references that you can find scattered in certain areas. One of these is a sign campaigning for his election in a shooting range where a plane has crashed.

4 Devaluing Corporations Reminds Us Of Ultor 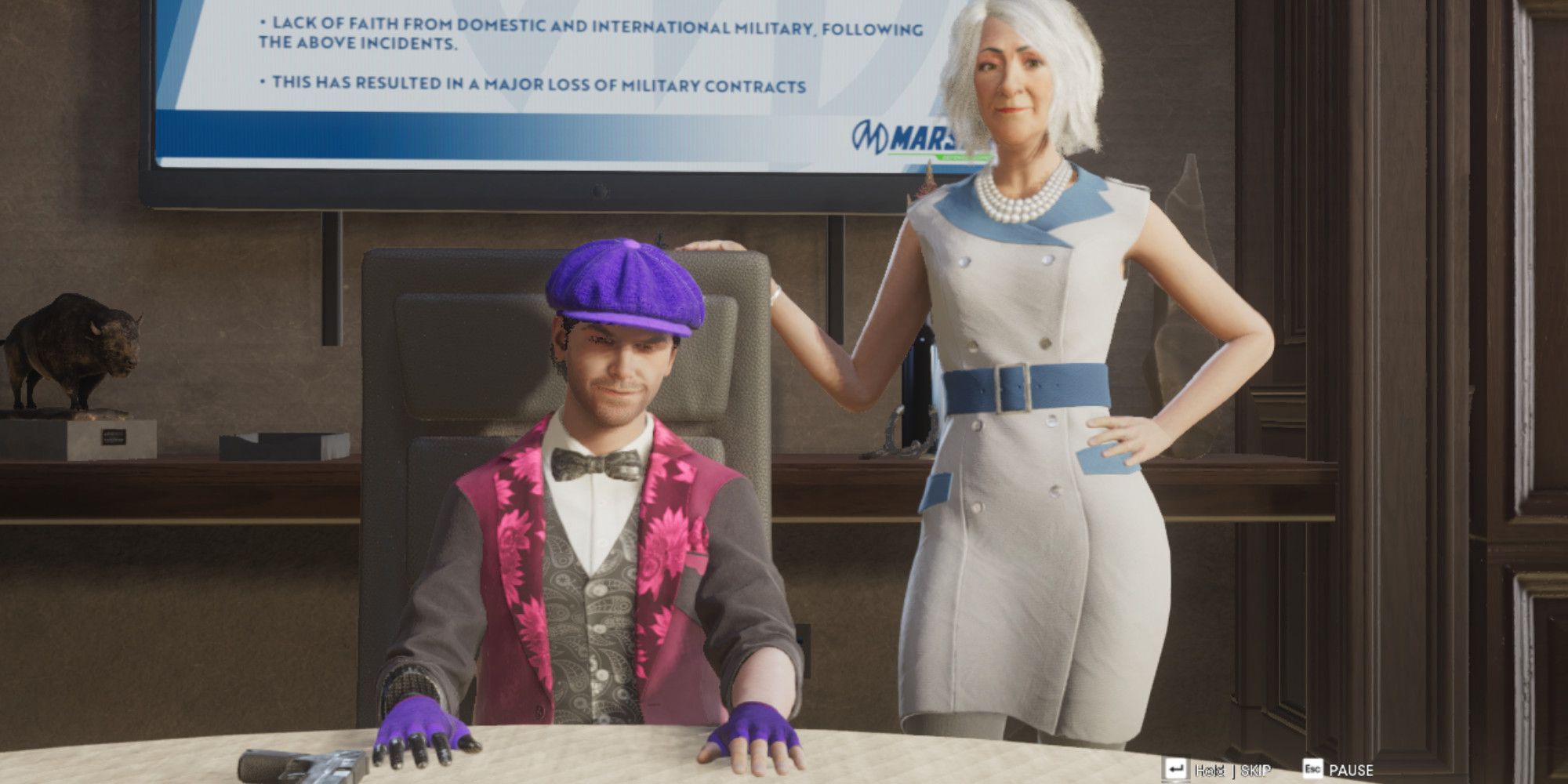 In the mission named “Severance Package,” you are tasked by Myra Starr to devalue Marshall Corporation so that she can take over Marshall from Atticus as its new CEO. To do so, you must go out and destroy Marshall’s property and anyone buying up their stock while Eli shortens the market to allow it to crash.

This mission may be a reference to the “Septic Avenger” activity in Saints Row 2. After Hughes dies in Saints Row 1, his wife Monica Hughes asks you to go out and devalue Ultor by spraying feces over every building and anyone associated with Ultor. While the reasons behind the missions may be different, they’re both similarly set up. 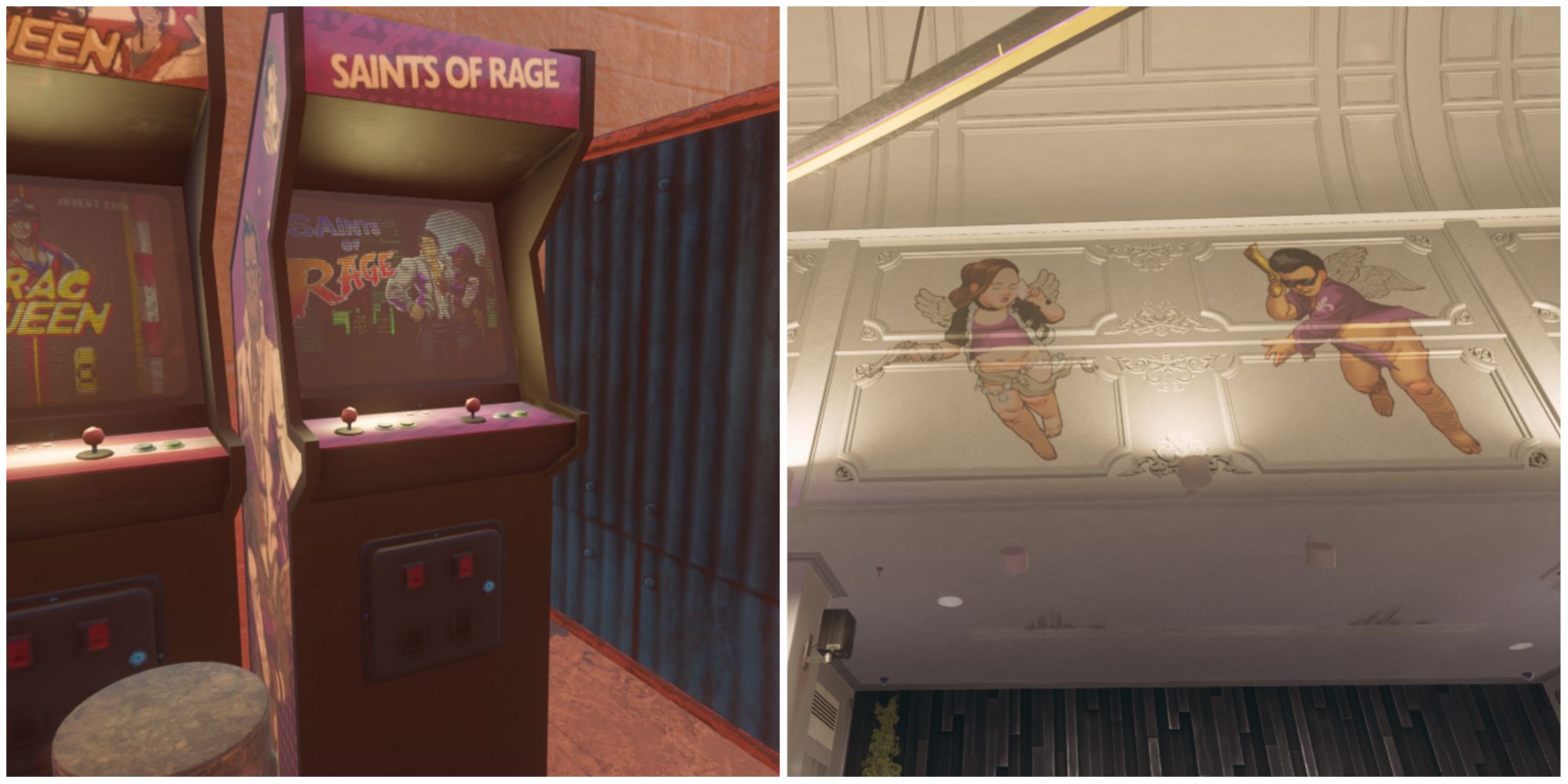 With the new character casting of the Saints Row reboot, many people are disappointed not to see their favorite crew of people. But, while they may be gone, there are references scattered throughout the map to previous games and the characters that fans once knew.

The most prominent examples of this come from Planet Saints and the Twin Coyote Arcade. If you look up in Planet Saints, you will see the decorated ceiling of all the previous main and side characters of Saints Row two through four. And, if you go to the Twin Coyote Arcade located on the right side of the map, you will find a clever reference to the arcade mission named Saints of Rage in Saints Row 4, where Johnny Gat tries to save his lover Aisha in Saints Row 2. 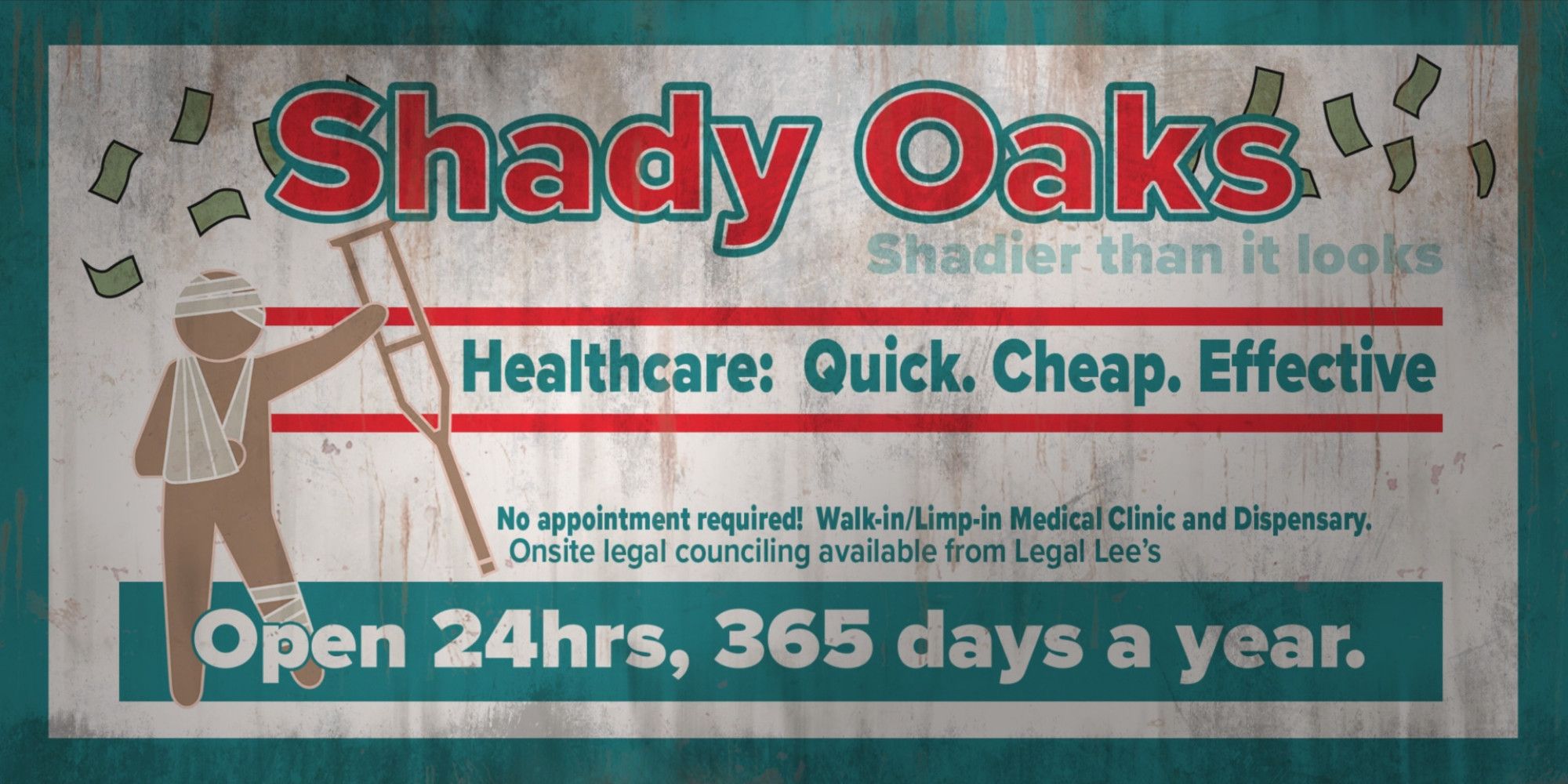 While Shady Oaks is nothing new and has been in the past few games, in the sign/billboard for them, you will see an interesting reference to a man named Legal Lee. If you don’t know, in almost every Saints Row game Legal Lee can be found talked about all the way back in the first Saints Row, where he hires you to help him make money from insurance companies.

Slowly over the series, however, his participation has been considerably less, with him being boiled down to someone the Saints talk about, rather than seeing him. And in Saints Row 4, he was noticeably absent until Gat Out Of Hell made a small reference to him through another person. 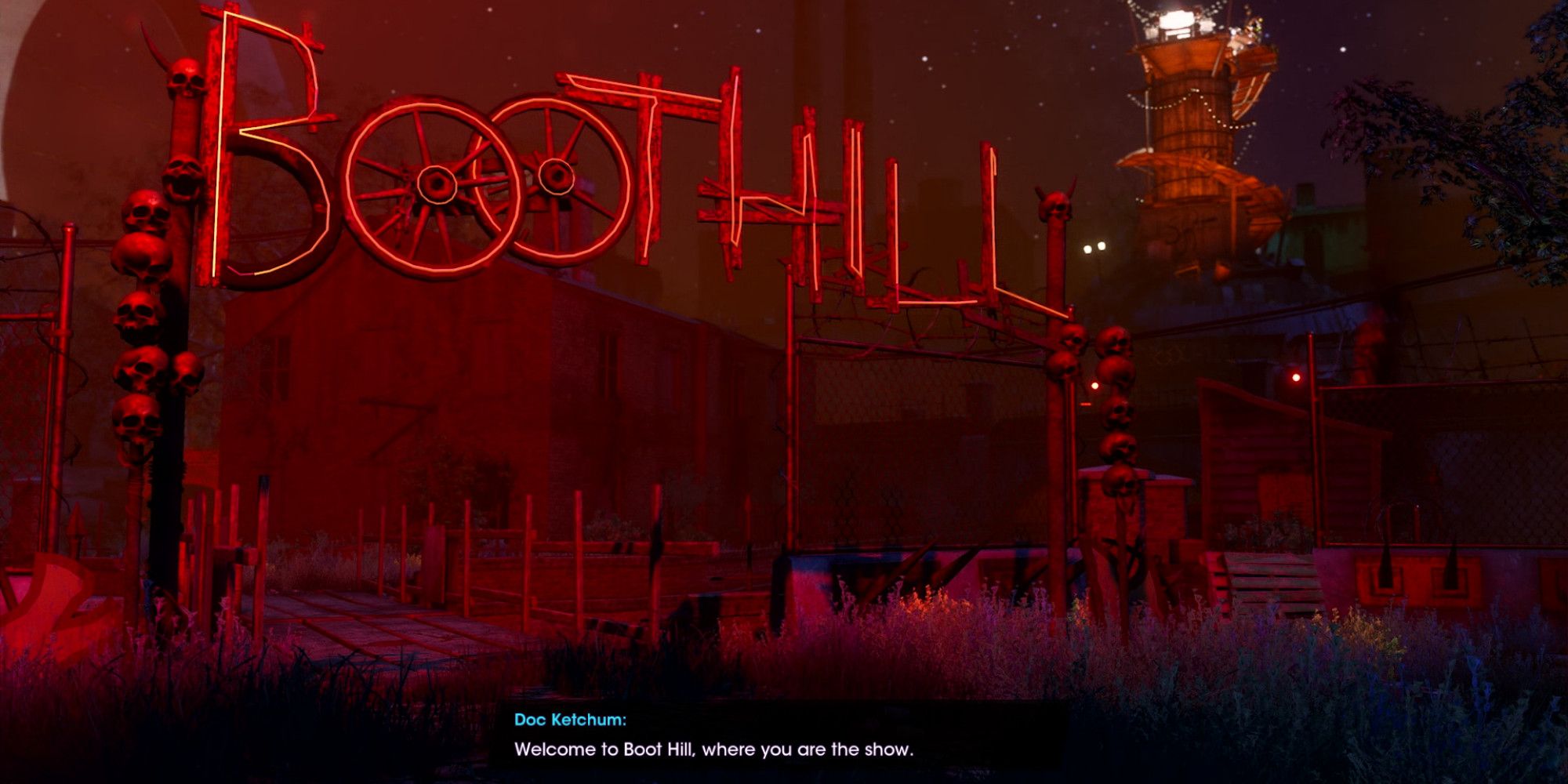 The most referenced character in the Saints Row reboot has to be Professor Genki, who famously hosted murder shows for fans to enjoy in the previous games. The most prominent references come from his identical counterpart in the game, Doc Ketchum, who runs a murder show with less bright colors, and the Idols facemasks that look like Genki’s face.

Other references to Genki are scattered throughout the game, like the guitar rocket launcher with Genki’s face on the side as a sticker. But, if you go to the two leading tattoo shops, Rusty’s Needle and Lemoneedle, you can find tattoos of Genki that can be placed on your arms.