Leave it to Samsung to launch a display that switches its orientation to mirror that of a paired smartphone. At the 2020 Consumer Electronics Show, the tech giant debuted the all-new Sero, which it describes as a TV “designed for the mobile generation.”

The 43-inch 4K Sero automatically rotates to portrait or landscape depending on what’s being displayed. (Think an Instagram feed, a Facebook profile, or photos from a recent vacation.) The lightweight frame is attached to a stand containing a 4.2-channel, 60-watt speaker system, but Samsung notes that it’s compact enough to fit on a bookcase.

“This TV fits anywhere,” said a Samsung spokesperson during a briefing with reporters last month. “For customers that tend not to be TV-centric and they’re trying to get the TV to blend, [it’s] a great choice … We’re envisioning that you may want to add this TV on all the time and add decor to your room.” 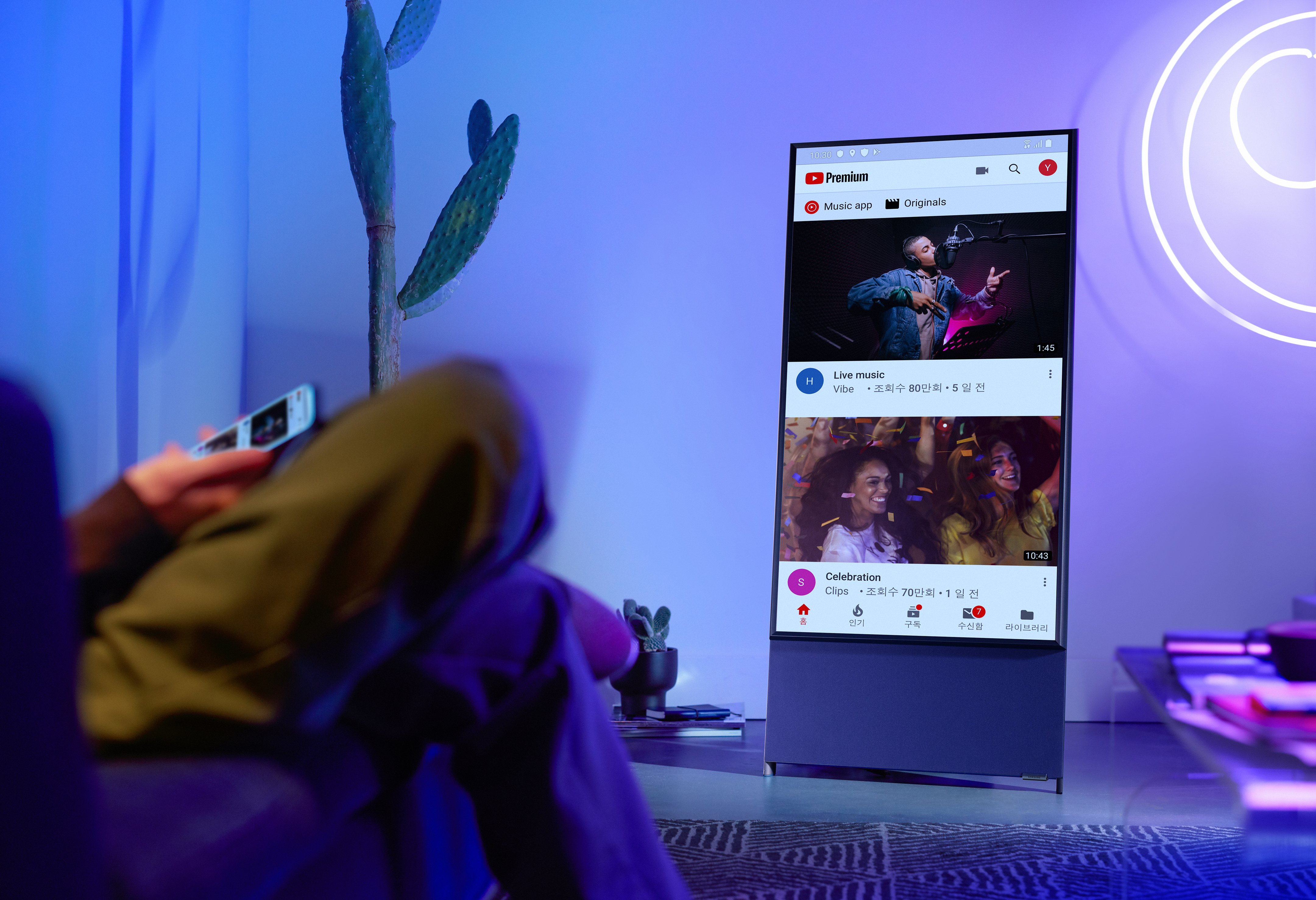 Among the Sero’s spotlight features are compatibility with Apple’s AirPlay 2 standard, which enables iOS device owners to beam content to the set via Wi-Fi. And when the Sero isn’t actively being used, it will display photos, posters, and other content, or visuals that accompany music courtesy a feature dubbed Sound Wall.

The Frame, QLED TVs, and MicroLED

The Sero wasn’t the only TV Samsung had up its sleeve, of course. It also took the wraps off of a new QLED 8K TV — the Q950TS — with a redesigned and nearly edge-to-edge display (99% screen-to-body ratio) called the Infinity Screen. It’s 15 millimeters in depth and has a 2.3 millimeter bezel, which Samsung claims is one of the smallest on the market. It doesn’t require legs and is virtually gapless when it’s mounted on a wall.

As for Samsung’s The Frame, it features an improved light sensor that can trigger the panel to switch off when it’s not being watched. It’s available in new 32-inch and 75-inch sizes for a total of six different sizes, with optional accessories like a no-gap wall mount and One Invisible Connection. 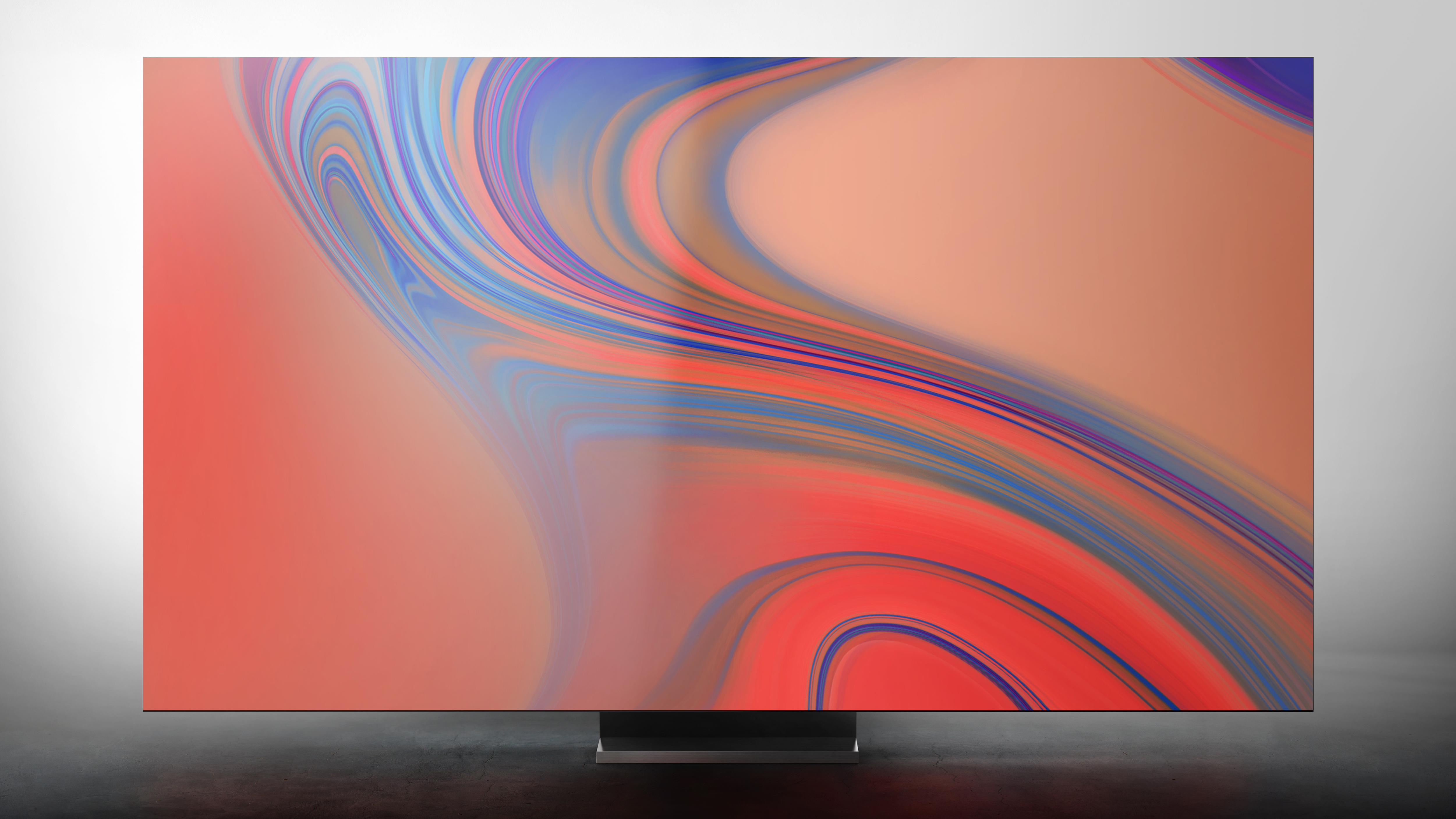 The Frame customers can opt to pay $99 a month for access to a gallery of thousands of pieces of art, which is now simpler to navigate. With Art Mode 3.0, you’re able to drill down by art type (e.g., drawing or painting) in addition to color, artist, and location, or upload your own art.

For those partial to modular displays and whiteboards, Samsung’s MicroLEDs and Flip 2 fit the bill. The MicroLED line now includes 88-inch, 93-inch, 110-inch, and 150-inch sizes (plus prior years’ 75-inch, 146-inch, and 219-inch sizes), thanks to advancements in larger-scale production of fixed screen sizes. As for the Flip 2, it’s 43 inches measured diagonally, and can be used in portrait with its own rotating stand.

At CES 2019, Samsung debuted AI-powered upscaling tech that tapped machine learning to improve picture quality. This year it’s rolling out a new algorithm on the Q950TS (and other 8K modes) that can upscale lower resolutions to 4K or 8K regardless of the original format, and that runs on an all-new 8K Quantum Processor that also powers sound- and brightness-optimization features. (More on those later.) It’s complimented by what Samsung’s calling ScaleNet, a feature that aims to prevent data loss when streaming content from partner services like Amazon Prime Video. 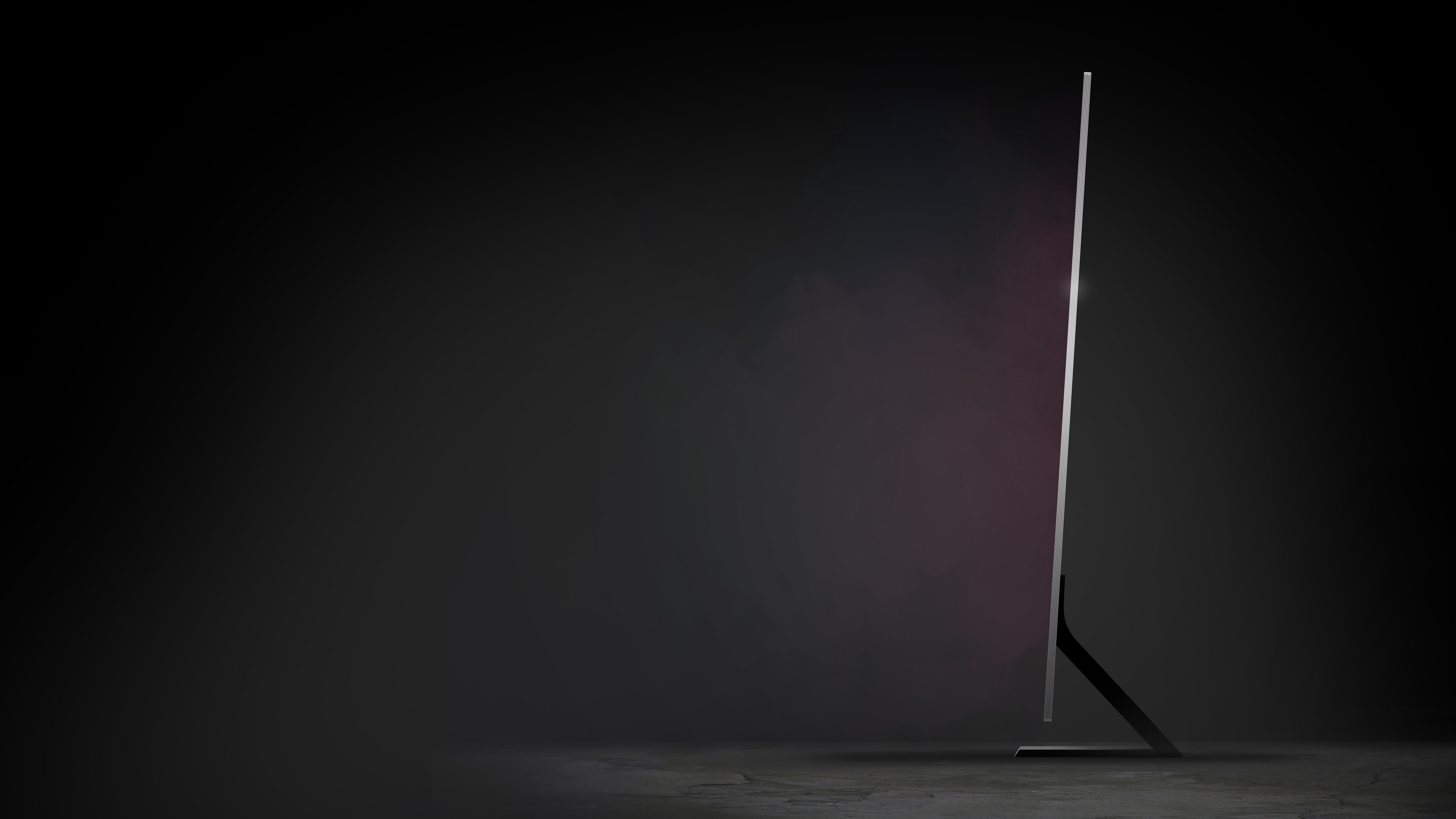 Above: Another shot of Samsung’s Q950 TV.

Samsung’s flagship TVs this year will feature six-speaker arrays capable of sophisticated Object-Tracking Sound Plus (OTS+). Now what’s happening on-screen might be audible from the top of the TV, the sides, or the bottom depending on the mixing. And pairing one of those TVs with Samsung’s new eight-speaker 3.1.2 Q800T soundbar — which supports Dolby Atmos and DTS:X, as well as Amazon’s Alexa, Google Assistant, and Samsung’s own Bixby — spins up Q-Symphony mode, which plays sound from the TV’s speakers as well as from the soundbar and subwoofer.

Also new to Samsung TVs this year is Multi View, which lets you cast your phone’s screen alongside other content in a 50/50 split. You can toggle the volume of either screen, enabling a video game to be cast alongside a movie, say.

On the audio side of the equation, there’s AVA, which identifies sound that might distract from the content at hand — like a blender, vacuum, or blow dryer — and compensates by boosting the volume of voices. It works with live TV programs as well as movies and shows, in addition to any programming with dialogue. 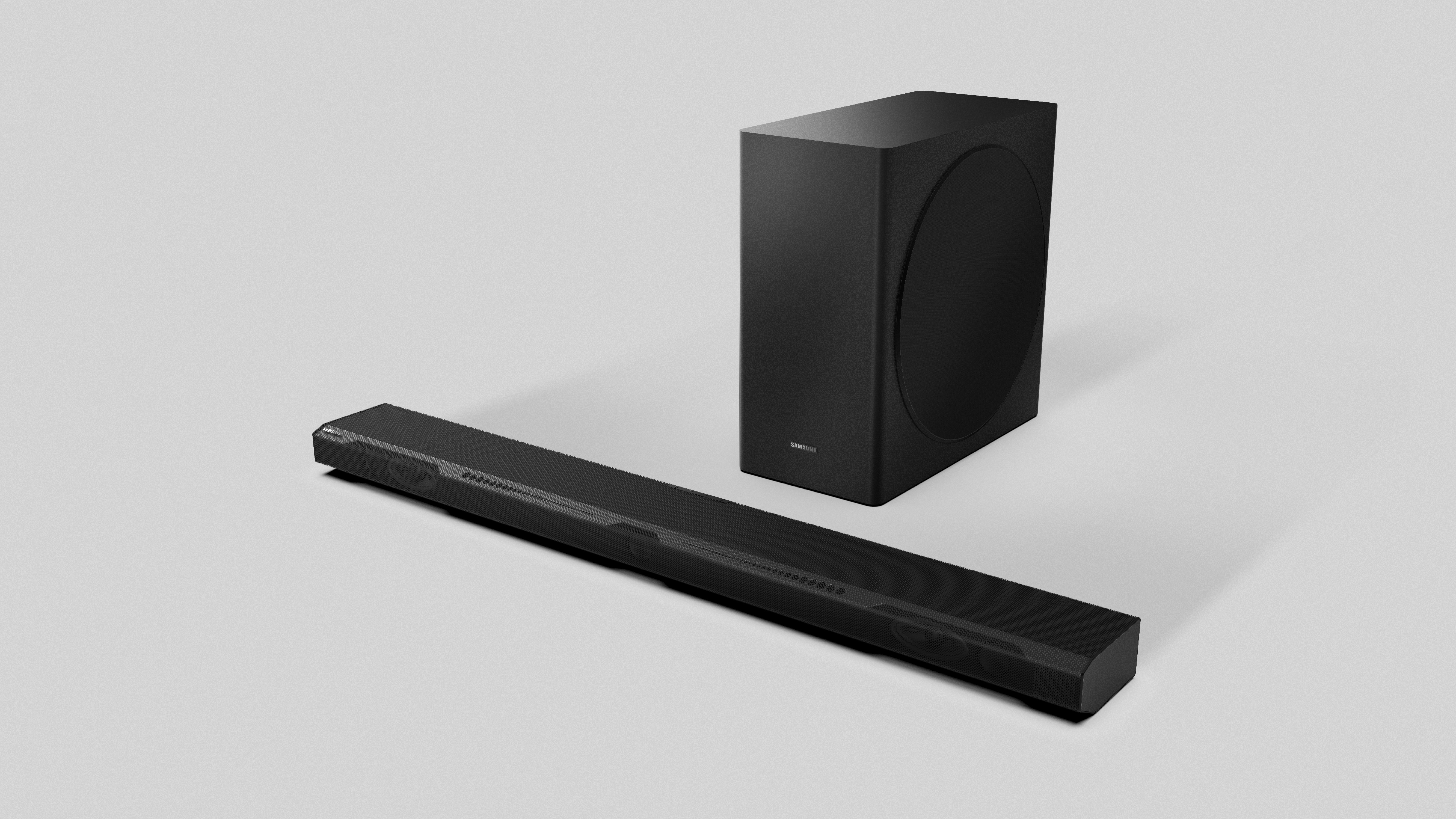 A new user interface provides quicker access to the Universal Guide guide, which funnels in content from Amazon, Google, Apple, and other providers. It’s now easier to access services to which you’re already subscribed and to install apps for providers that aren’t preconfigured out of the box.

Lastly, Samsung Health, Samsung’s app that tracks activity and various diet and sleep metrics, is now available on Samsung TVs. As with the version for smartphones, it displays global challenges and tracks changes in your weight and step count, and it’s able to pull in water consumption and caffeine consumption readings from third-party devices.

“We’ve made improvements to our TVs across the board,” said a Samsung spokesperson. “We’ve improved their design … so that the experience — the everyday living with a Samsung TV, and finding the content you want quickly — improves for our customers in 2020.”