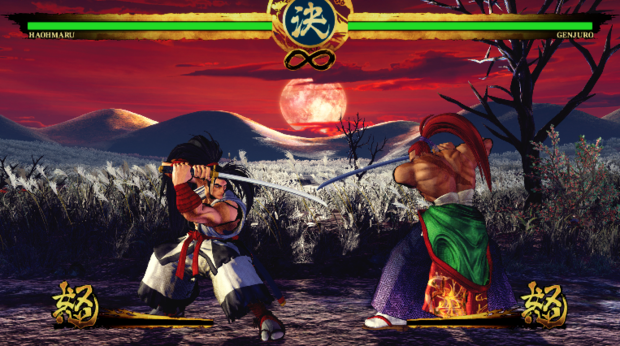 So not only has the game got this retro flavour thanks to the artisanal craftsmanship of the studio, it’s also got the passion of people that know and love the series.

And that comes across in how it plays: classic characters like Galford, Charlotte and Haohmaru are joined by a few newcomers – and they all handle with that high-risk, high-reward heft that the series is known for.

Samurai Shodown’s appeal has always come from the fact that an entire match can be shifted in one fell swoop. If you land a massive counter on an enemy who whiffed a move, you can take up to 60% of their life off with one hit.

This creates a tension in matches that keeps you on the edge of your seat in every encounter: you know that one mistimed move, one cocky play, one super move pulled off frames too early will destroy your chances of victory. 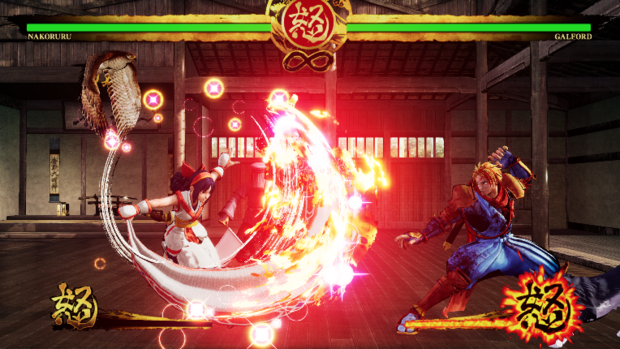 The 2019 iteration of Samurai Shodown has been built on three core principles: legacy, evolution and revolution.

The developers wanted to honour the series legacy and draw on the best elements from its massive 25 years plus bank of history. They wanted to evolve the presentation and the graphical setup of the title – and to that end they’ve succeeded. The inspiration of Japanese Sumi-e art is clear, and the ink-heavy shading techniques really add to that heavy, weighty feel of the weapons and mechanics.

Finally, the revolutionary aspect comes from the AI system the studio has brought into the game – we didn’t hear too much about this at the event, but we’re promised that a new Dojo mode will learn from player inputs and actions and create robust, next-gen Ghost versions of players that you can choose to upload to the game’s servers.

This means you’ll be able to download and fight other players’ data, even if they’re offline. Sure this has been done before, but SNK seems to think its take on the tech is worthy of sitting up and listening for 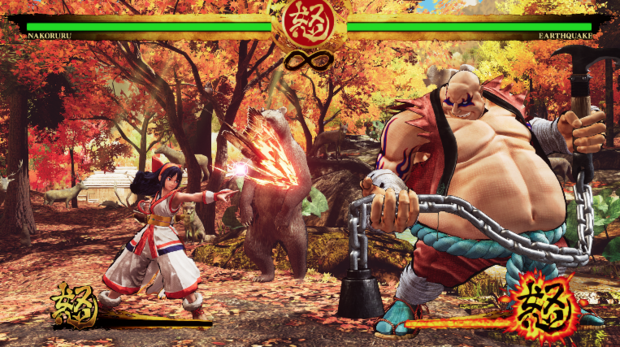 Samurai Shodown is not the smoothest fighting game you’re ever going to play – some inputs and movements are quite weighty and chunky, some animations are simple and don’t have the silky appeal of other fighters on the market.

But then that reflects the one-hit-and-you-could-die mentality of the battle system it’s built on, and is a small price to pay for a game that is less about combos and learning ludicrous strings of inputs, and more about understanding timing, playing defensively and seizing your chance to land a lethal blow.

The clue’s in the name: Samurai Shodown is all about those tense encounters where you’re stood there, eyes locked with another skilled warrior, both with your hands hovering over your blades, ready to draw. It’s the ultimate Samurai experience – tense, disciplined, and lethal.