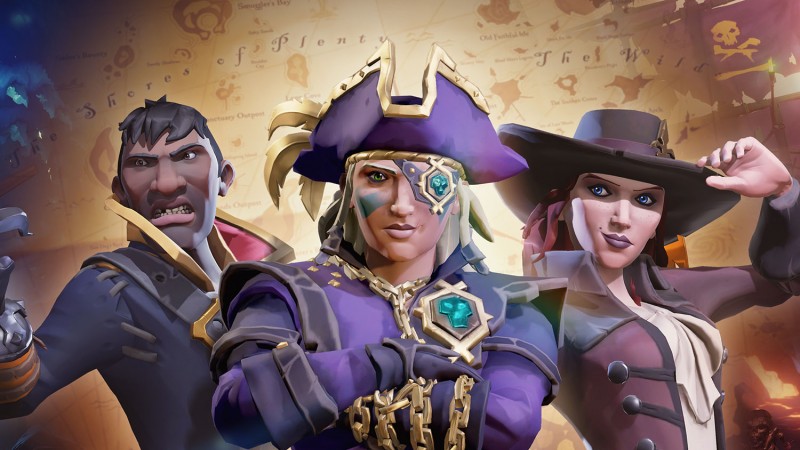 The action-adventure game is coming to a role-playing, pirate’s life tabletop. Sea of Thieves has teamed up with Mongoose Publishing in order to bring players an experience filled with action, problem-solving, and tales from the sea.

We’re excited to announce the Sea of Thieves Roleplaying Game! Working with @MongoosePub, we’ve brought the adventures of the seas to the tabletop. You’ll soon be fighting skeletons, uncovering buried gold, and hunting down a deceitful captain. Pre-order: https://t.co/6MnCOn1cf0 pic.twitter.com/lKbOH2osGH

The entire box set will include:

The team is excited to announce that some of the challenges players get to face in the game include fighting skeletons, races to buried treasure, and even megalodons and krakens. The Sea of Thieves tabletop is currently up for pre-order with the entire role-playing game, dice set, and even just the ebook. The expected shipping date is October of this year.

For more on the Sea of Thieves video game, check out Kyle Hilliard’s cover.