In March of 2019, YouTuber komewgi discovered a glitch in Sekiro: Shadows Die Twice, allowing him to fly around the world of Ashina like a fish. I say fish, because the glitch involves tricking the game into thinking you are underwater when you’re actually above land, allowing you to swim through the sky.

A consistent setup for this trick was found by Djxyz0 and the trick known as “airswimming” has since been used by Sekiro speedrunners extensively, allowing players to beat this game – known for its incredibly high difficulty – in under half an hour. The setup involves clipping out of bounds while underwater. By exiting the playable area while swimming, the game will not see you as having “breached” the water, thus it will not force you out of your swimming state. By then re-entering the playable area in another spot, you can continue to fly around the world as you please.

In order to perform this glitch, you will need access to the Fountainhead Palace, where you can find the Sanctuary Sculptor’s Idol at the top of the waterfall and up a few flights of stone stairs. Save here. You will also need to have unlocked the Mibu Breathing Technique, though you should have that as a part of natural story progression by beating the Corrupted Monk. That is all that is needed to execute the glitch, so head to the northern entrance of the Great Colored Carp boss, seen on the left side of the Fountainhead Palace map below: 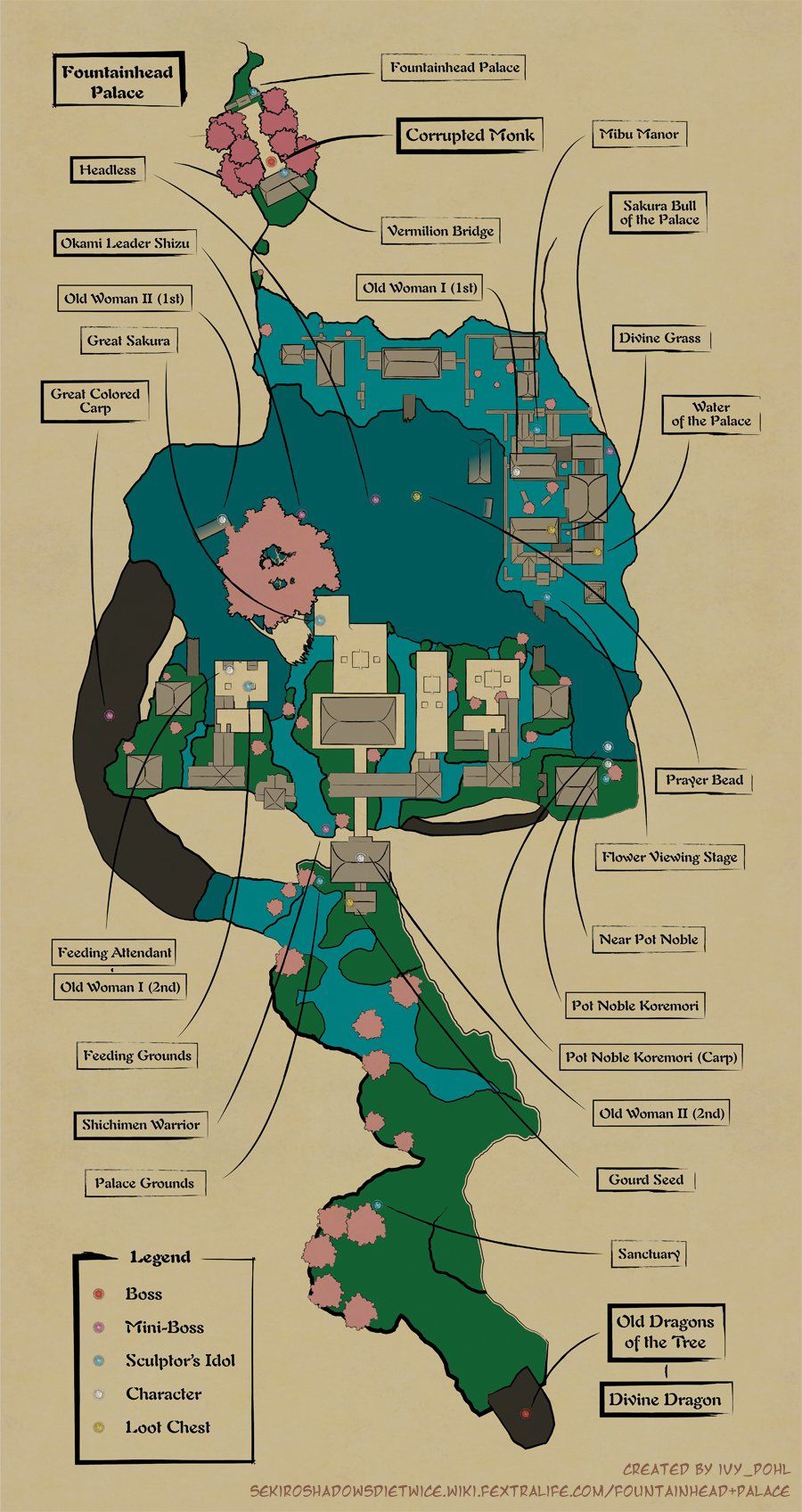 How to Perform the Glitch

On the lower left corner of the cave entrance, you should see a green curved vine attached to a wooden pillar, pictured below: 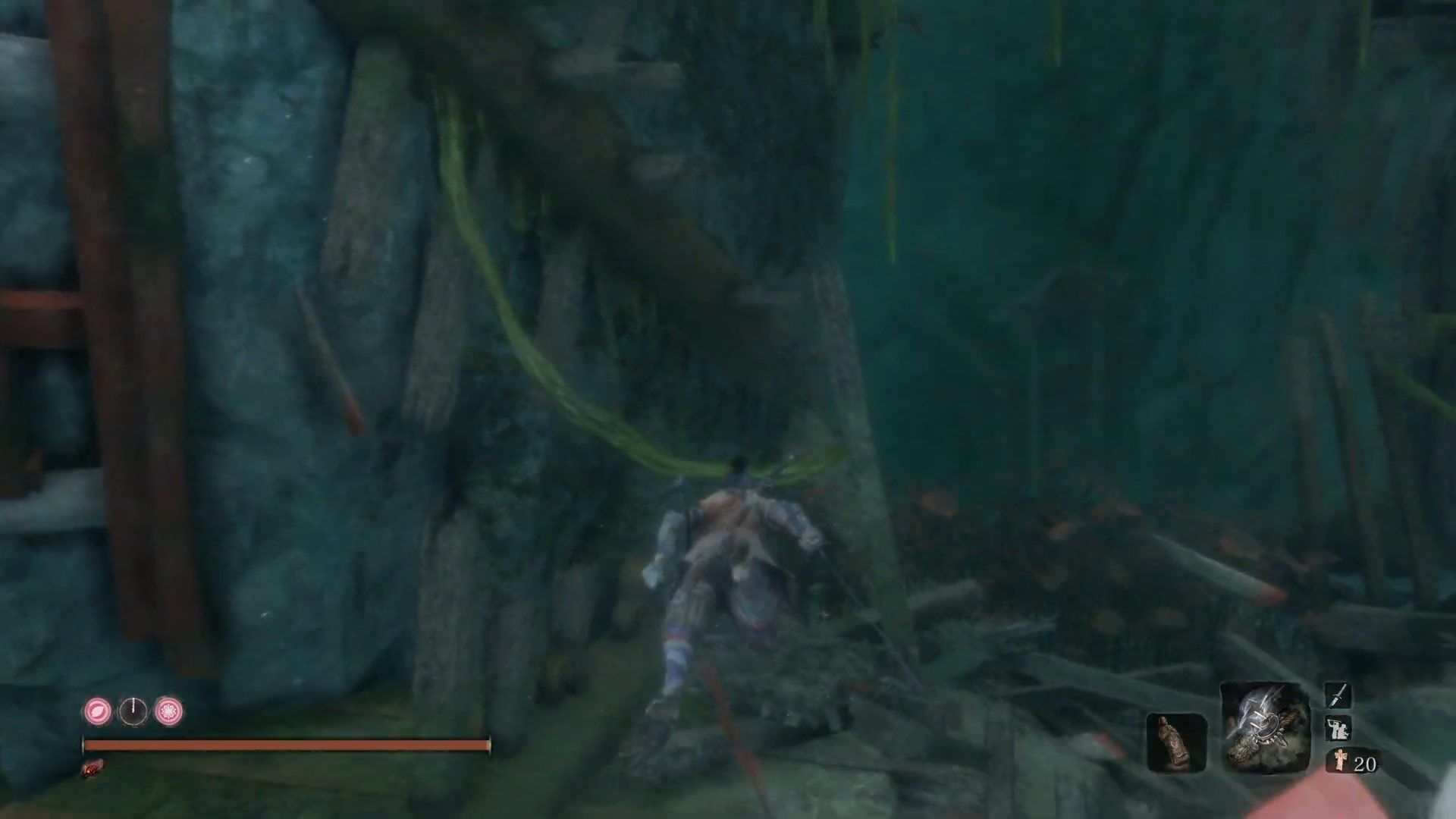 Swim underneath this vine and down into a small burrow to your left, where you can find some metal bars protruding from the rocks on your right, seen here: 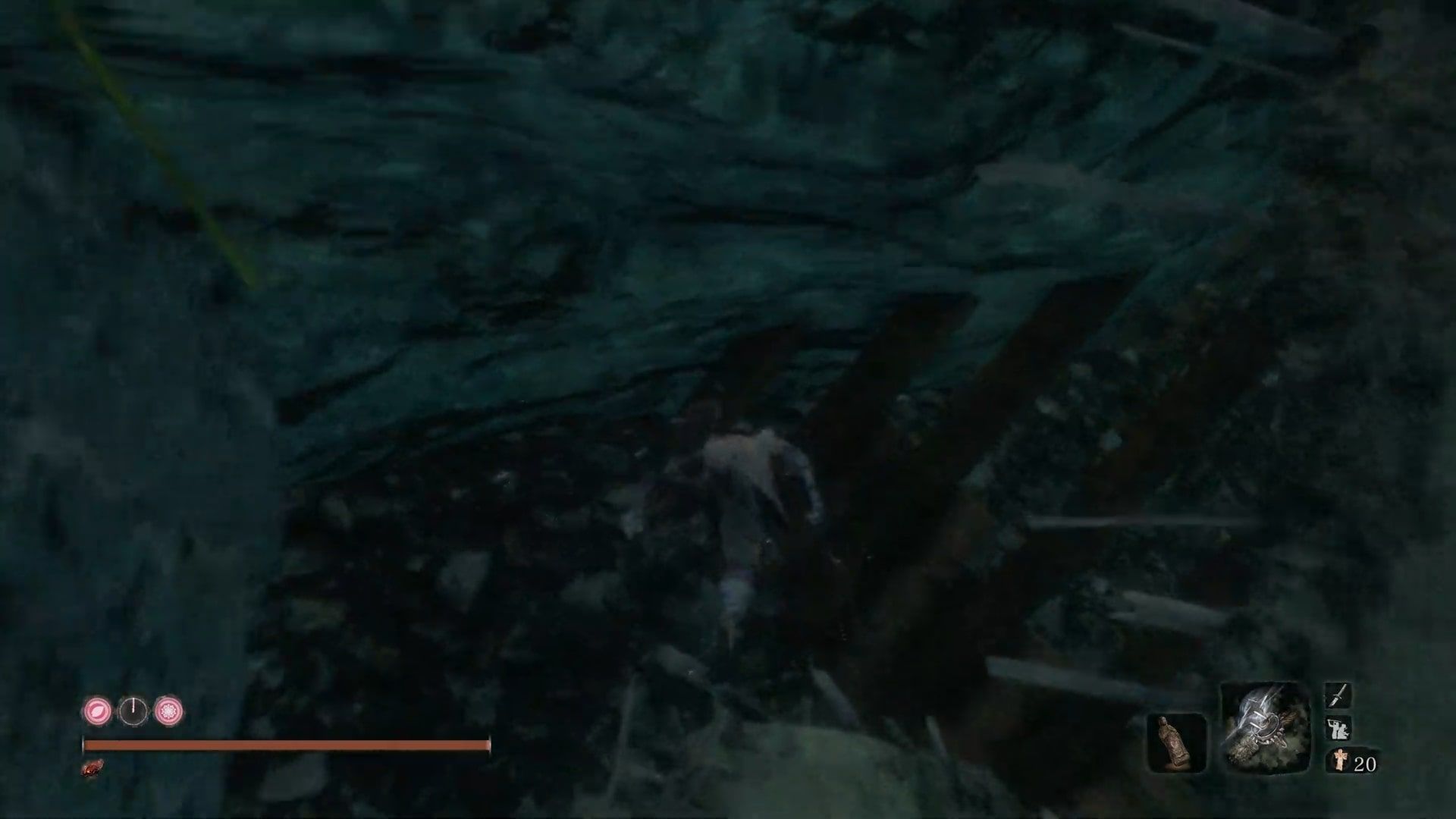 The goal here is to use your dash move to break through the geometry of these bars. This may take a number of attempts to pull off successfully, as it can be quite finicky, but you essentially want to repeatedly swim up a few feet above the bars, then dash as straight down as possible. Once you dash down, continue to hold forward and you may break through. If not, swim up a few feet and try again. A successful attempt can be seen in the Djxyz0’s video below at 1:25 as an example. This relies quite heavily on getting lucky, but just persist and you should get through relatively quickly.

You should now be out of bounds. “Fly” straight forwards, underneath the large mountainous rocks above you until you are past them, then go straight up and over the rocks, back towards where you came from. We’re being careful here to enter back into the standard playable area without passing through a water surface. You should now be able to look down and see the lake you were just in. Fly down close, but not too close, and once you enter the playable area, the water filter will disappear off your screen and you can fly around the beautiful Fountainhead Palace with a clear view. 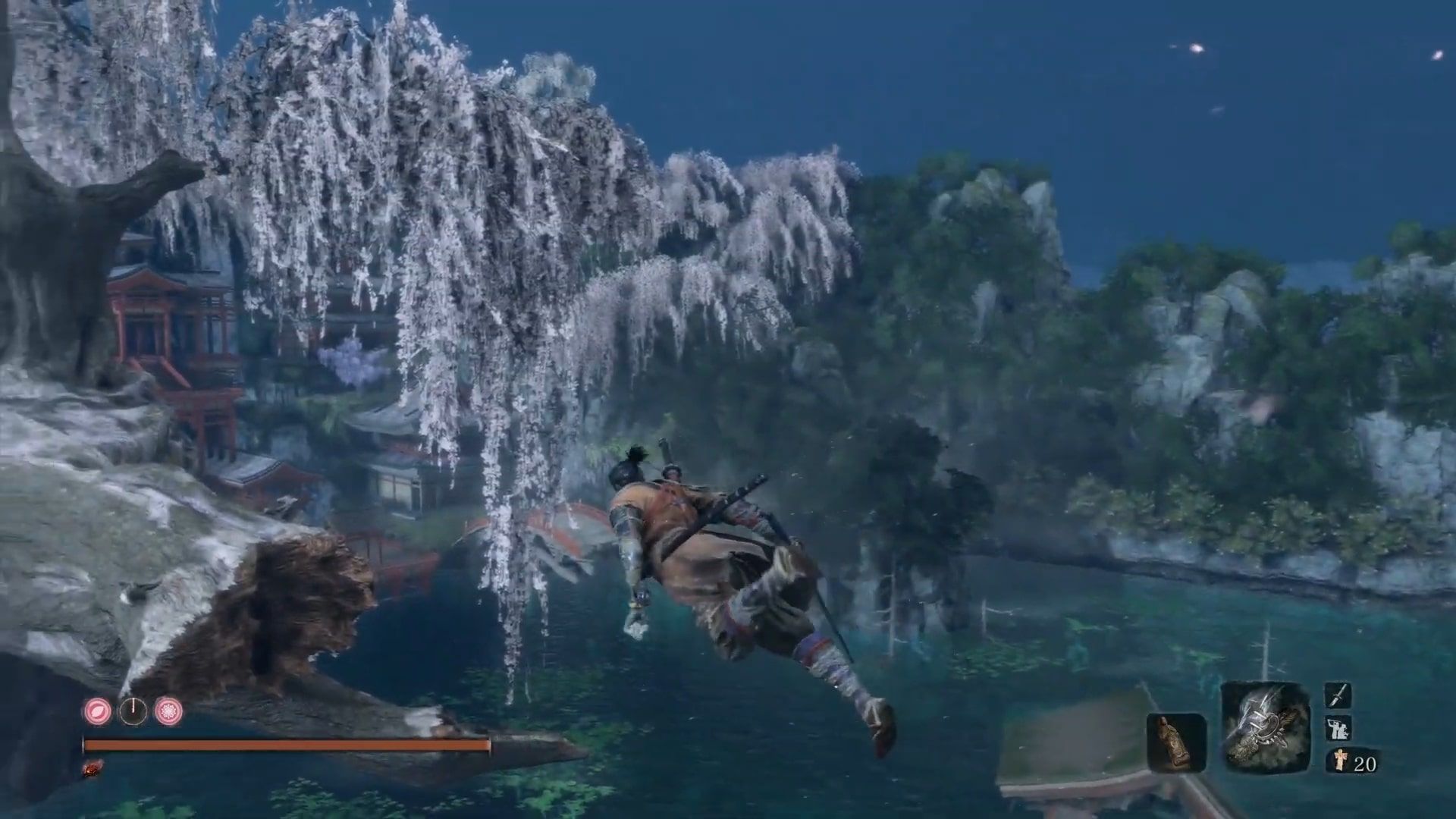 How to Stop Flying

There are a few ways to stop flying. Triggering a cutscene or dying either to an enemy or a kill zone will both put you back on your feet, but by far the easiest way is to fly towards any pool of water and dive down under. By then turning around and swimming up through the surface of the water, the game will see that you have breached water and will restore normalcy to the physics. Head for dry land and you can continue on your merry way.