Shadow Of The Tomb Raider is the last game in the Tomb Raider series (unless you want to count the 10th-anniversary remake that recently resurfaced.) This game was released in 2018 and picked up shortly after Rise of the Tomb Raider. This time players control Lara in her mission to stop the end of the world, which she created, but that’s another story.

Despite being the third game in the 2013’s series reboot, Shadow Of The Tomb Raider introduces new elements to the game that makes it feel like a fresh experience while enhancing old features, like the stealth gameplay. With that being said, it is not necessary for you to have played the previous games to enjoy this one. Still, newcomers to the franchise might have a bad time adjusting to new and old mechanics, so take a look at all the mistakes you should avoid when playing Shadow Of The Tomb Raider. 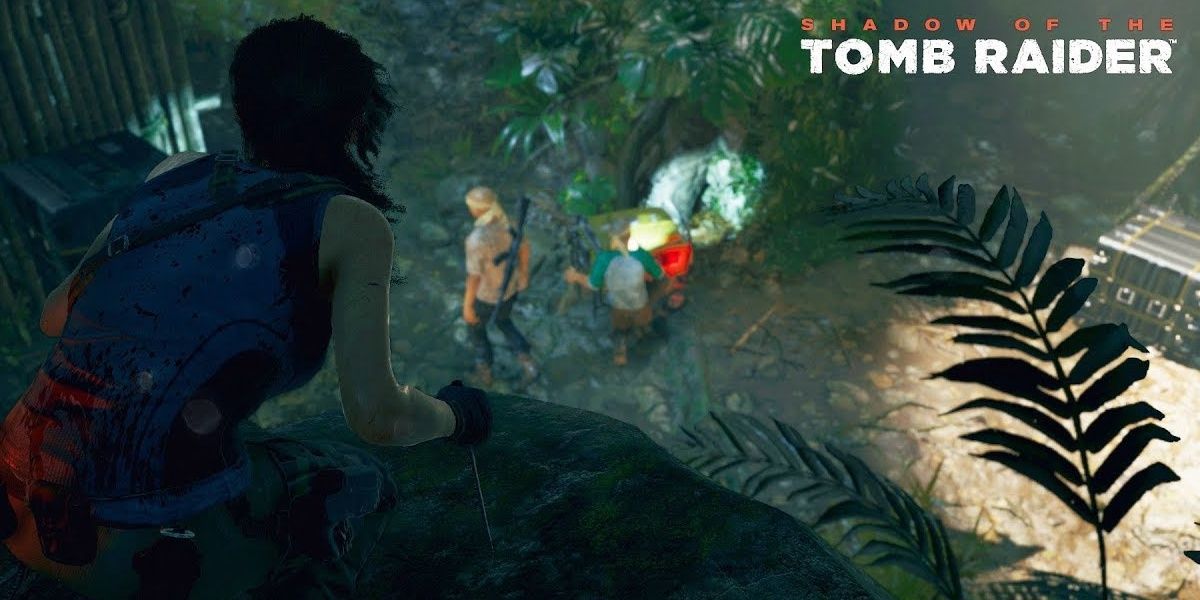 A huge part of Shadow Of The Tomb Raider’s gameplay is stealth sequences, sure you could grab a gun and go full in killing enemies, but this game is designed to use brain over muscles and think carefully about how to take out everyone without being noticed.

This game’s world is designed so Lara can camouflage with its environmental elements, like bushes, trees, or vegetation, to take out enemies stealthily. Other tricks can also be used to remain hidden, like crafting fear arrows or using your bow to kill someone silently.

Not Using The Survival Instinct Mode 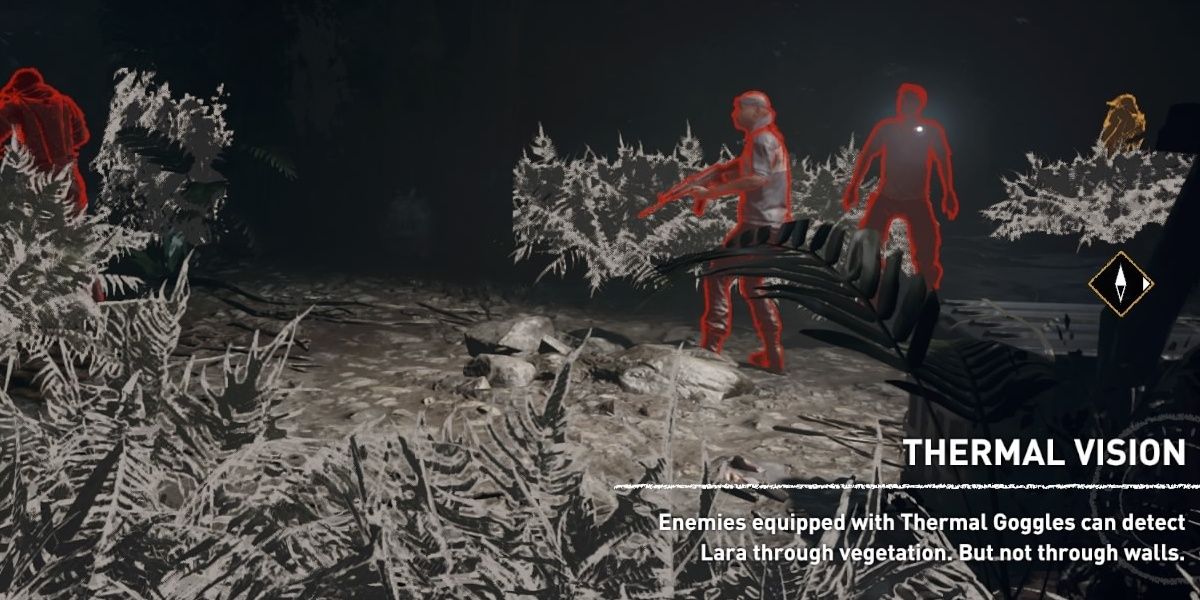 Survival instinct is a gameplay feature that was added to the series in the 2013’s Tomb Raider game. This mode highlights important gameplay elements, like climbing spots or ammo. Without a doubt, this mode makes things more comfortable if you’re a little lost in the game.

However, in Rise of the Tomb Raider and Shadow of the Tomb Raider, survival instinct became pivotal for stealth gameplay. In the last two games, this mode allows players to see which enemies you could take out without alerting the others. This is achieved via a color system; enemies highlighted in red are visible to the others while enemies highlighted in yellow are safe to take out.

Get Super Frustrated With Puzzles 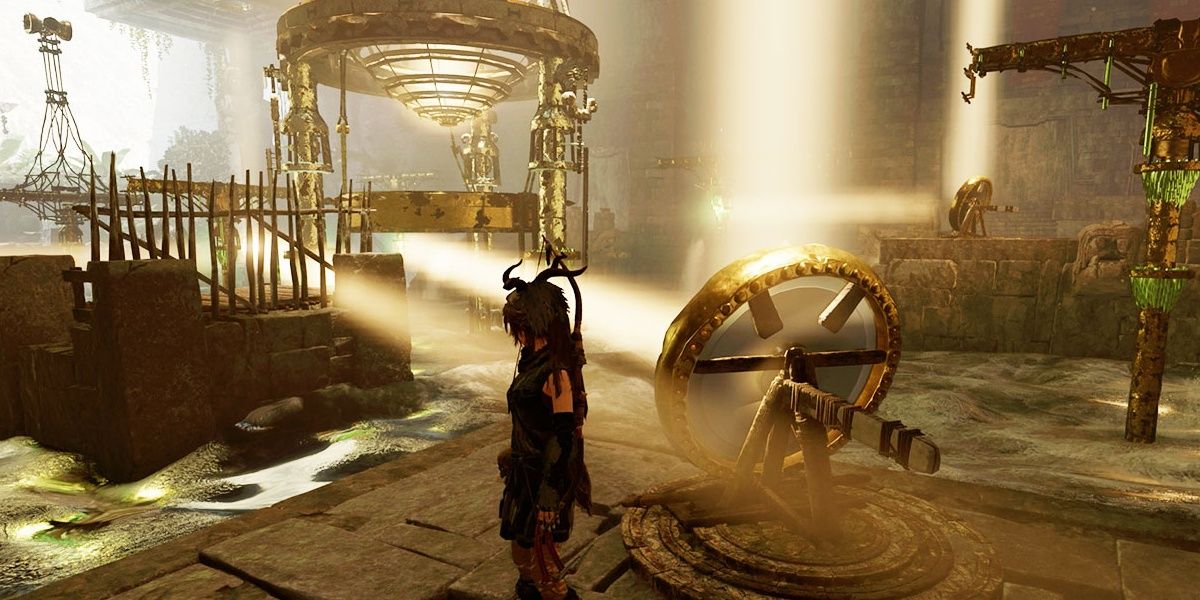 You can’t expect a game that focuses on raiding tombs, not to include a puzzle or two. While Lara’s archaeology knowledge prepared her for any trouble coming her way, you don’t have the same amount of preparation. Puzzles in Shadow Of The Tomb Raider are more complex than in previous games, especially if you’re playing in a more challenging difficulty.

So if you get stuck, take a deep breath and look for clues, the answer is almost always in plain sight. Nevertheless, there are plenty of guides online; you can check out if you feel a puzzle is getting the best out of you.

Not Customizing The Difficulty Settings 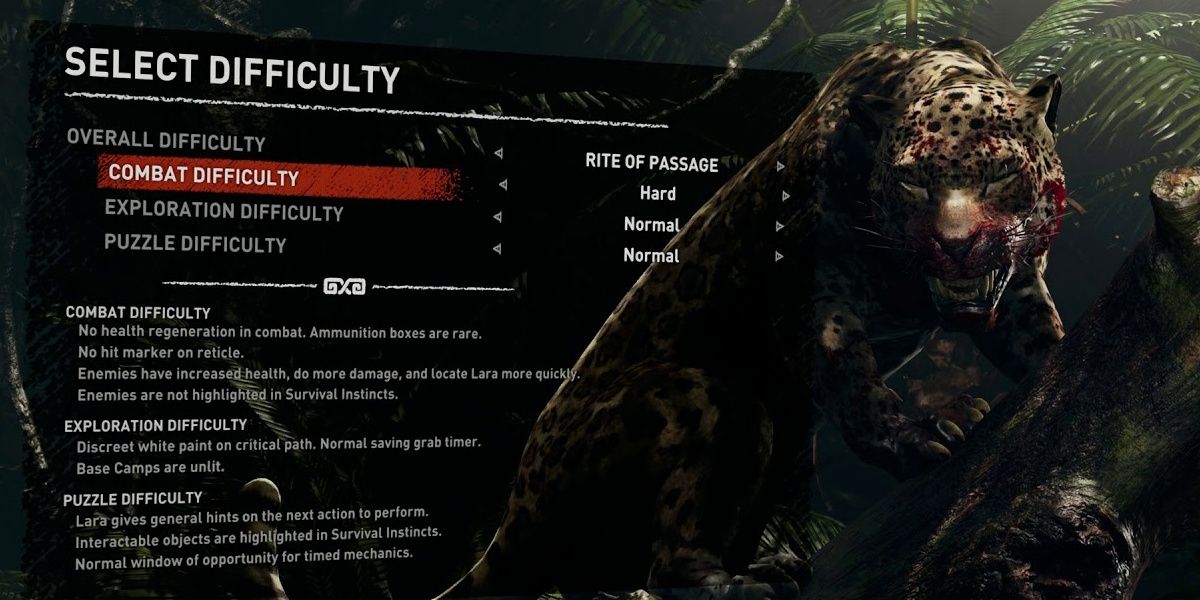 Hardcore gamers may feel that Shadow Of The Tomb Raider doesn’t represent a high enough challenge, so they think it isn’t worth checking out. However, this game lets you fully customize the difficulty settings, which means that you can separately change the difficulty of combat, exploration, and puzzles.

And boy, this opens up a whole new world for those who seek a good challenge. There are four levels of difficulty, and as it goes up, you’ll have to take it slow and think carefully about your next move. For example, in Deadly Obsession mode, the stakes are higher during fights or puzzle sequences as one wrong move can mean death and the game only saves at Base camps.

Trying To Get All The Possible Skills 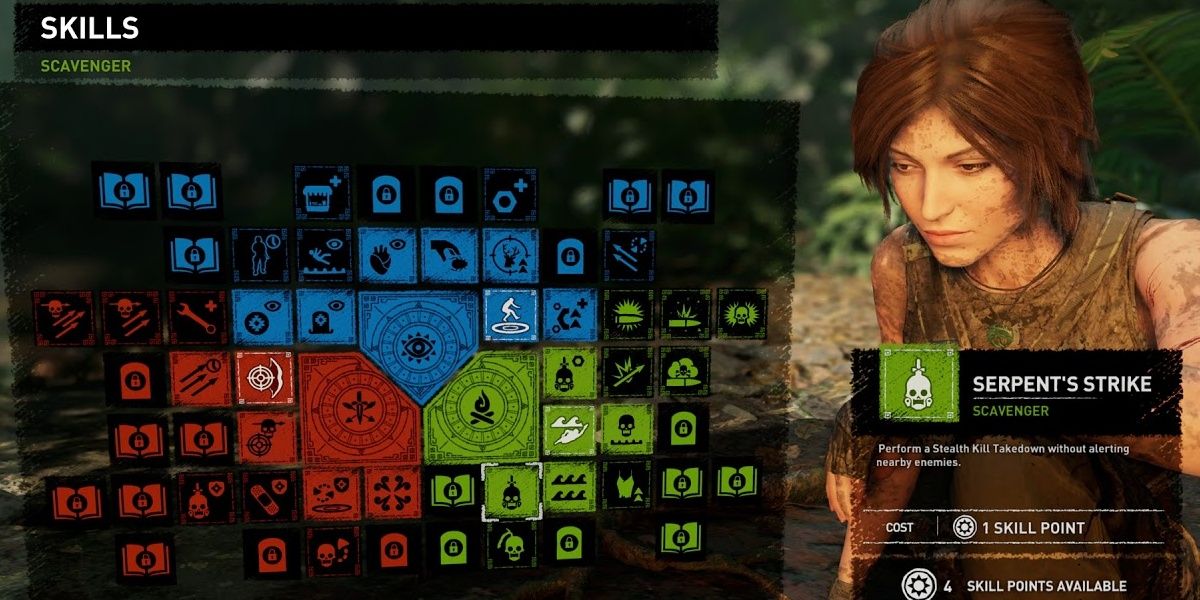 As it happens with any game with a skill tree system, you’ll think that the reasonable thing to do is try to get every skill available, if that’s even an option. After all, the more abilities, the better, right? However, in Shadow Of The Tomb Raider, you should think of skills as a way to customize your gameplay.

For example, if your playstyle is more kill first ask questions later, acquiring something like the Eagle’s Grasp skill (which increases players chances of finding rare animals) won’t give you the same gratification as unlocking the Jaguar’s Paw skill (which increase the likelihood of knocking out enemies when performing a melee attack.)

With that being said, keep in mind that there are different ways to unlock skills. The vast majority of them will be unlockable by spending Skill Points at any Base Camps. However, you can also unlock skills by playing through the main story, completing Challenge Tombs, or playing in the New Game + mode.

Not Revisiting The Areas 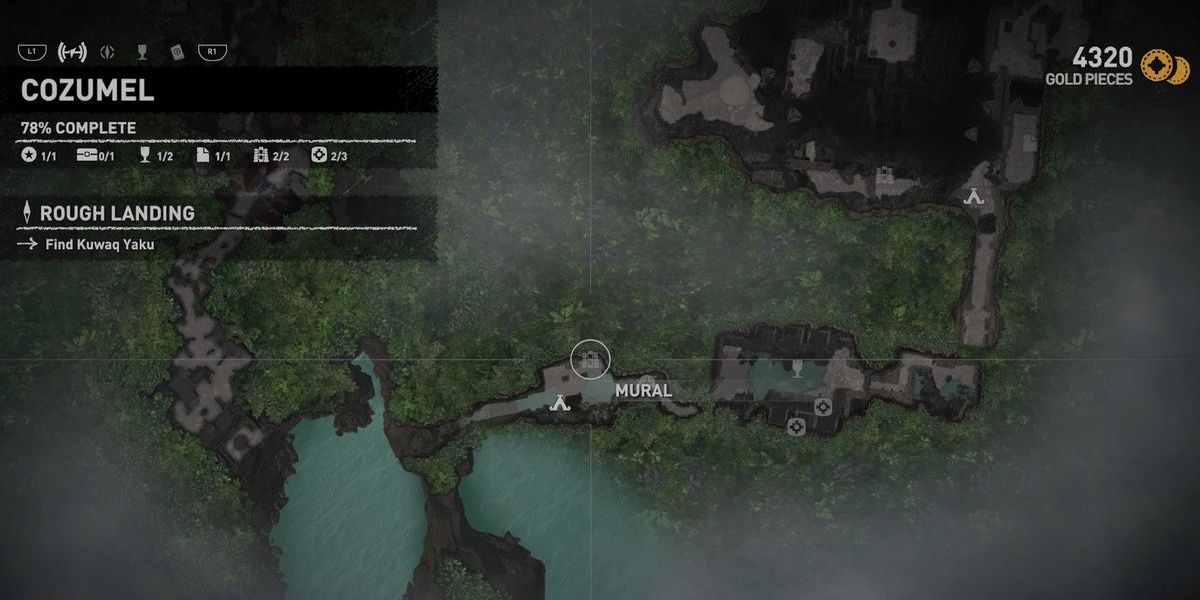 It’s easier to go through each of Shadow Of The Tomb Raider’s areas as if they were levels. You unlock a new place, explore whatever it has to offer, collect what you need, and progress through the story till you hit the next area. However, this game is designed in a way that you have to revisit each site multiple times if you truly want to find and explore everything it has to offer.

For example, there are monoliths you can’t understand till you get the required language skills level. To level up, you have to explore the map and find relics, treasures, and mural and then go back to the monolith to study it. You see, visiting back areas is just something you have to do if you want to experience this game fully.

Not Using The Bow 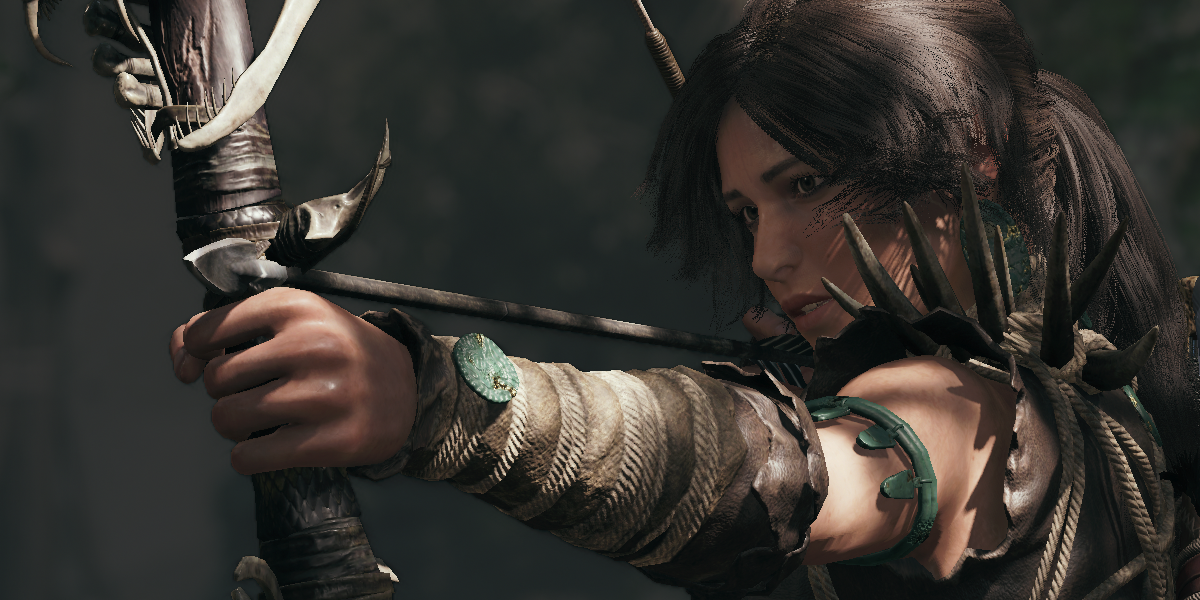 Shadow Of The Tomb Raider has multiple guns and weapons, like assault rifles and shotguns, you can use during your adventures in South America. Still, Lara’s bow is one of her most iconic weapons in the 2013 series reboot. This essentially makes the bow an essential weapon you should learn to master and update as much as you can.

In this game, players will have access to nine different bows, each with defining characteristics that set it apart and give Lara unique abilities. For example, the Recurve Bow provides more energy and speed to the arrow, while the Viper Bite Bow lets you fire poisoned arrows.

Each bow is upgradable to make it better, and you’ll need things like cloth, fat, or animal parts to craft these upgrades.

Treating Outfits Only As A Cosmetic 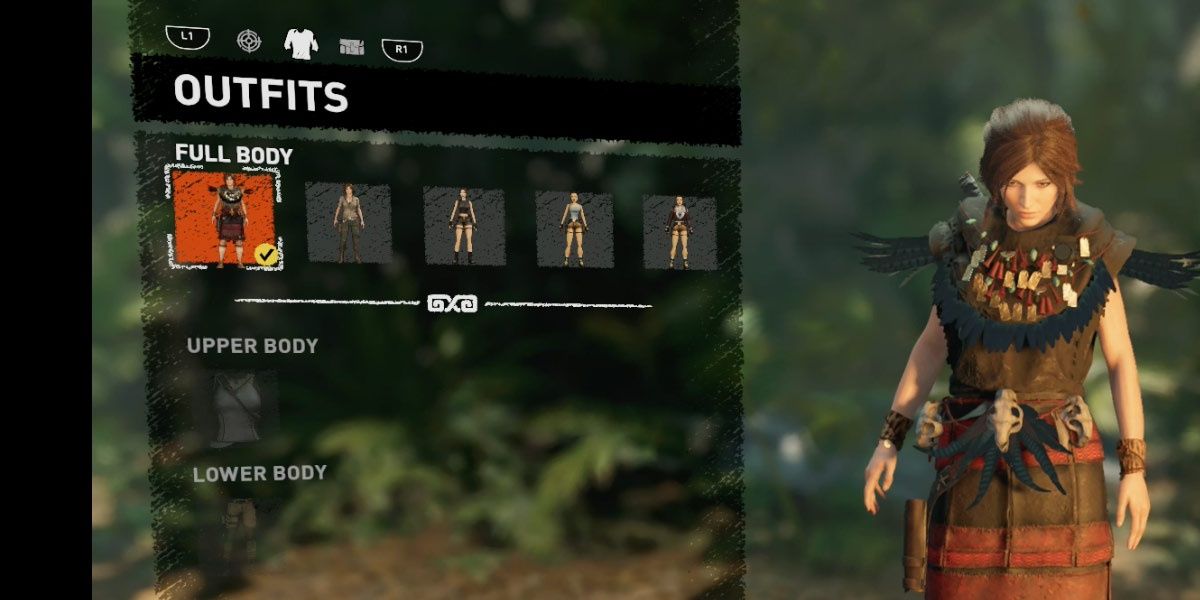 Changing Lara’s appearance is fun and helps with players’ immersion. Do you want to play as a character who wears a leopard pelt in the middle of the jungle? You can! But maybe you prefer seeing Lara covered in leaves to mimic her environment. Whatever you like best, there are tons of outfits you can choose from once you unlock them by completing specific missions and challenges.

However, as cool as they look, these outfits aren’t just cosmetic features. Most of them provide Lara excellent bonuses like obtaining more crafting resources or health regenerating quicker. To learn more about each outfit’s bonus traits, go and find their blueprints and check their effects in the base camp. 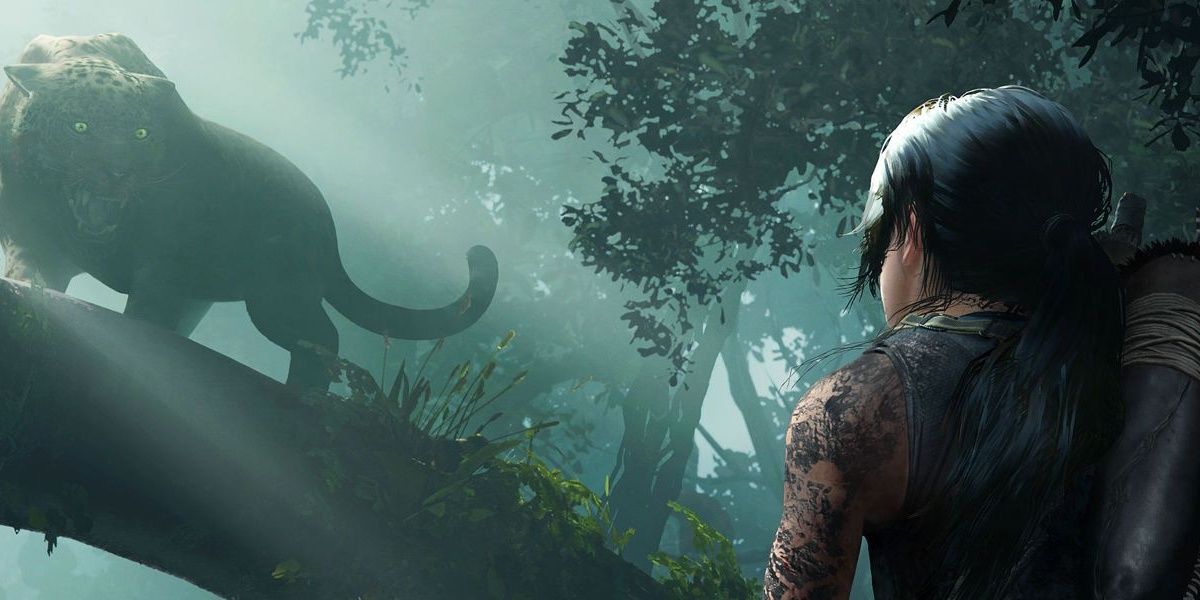 Hunting is a new feature first introduced in the 2013 game. This activity allows the player to gain experience points and gather resources they can later use to craft weapons or outfits. Certain skills will let Lara obtain more resources from the animals she hunts.

There are specific spawn points in the map where animals will appear, use the map to look for the animals you want to hunt down. This is especially useful for completing tasks like unlocking the Legendary Hunter trophy. You can unlock this once after you’ve hunted five rare animals like the albino capybara or the empress jaguar.

Not Looking For The Archivist Maps And Explorer Backpacks 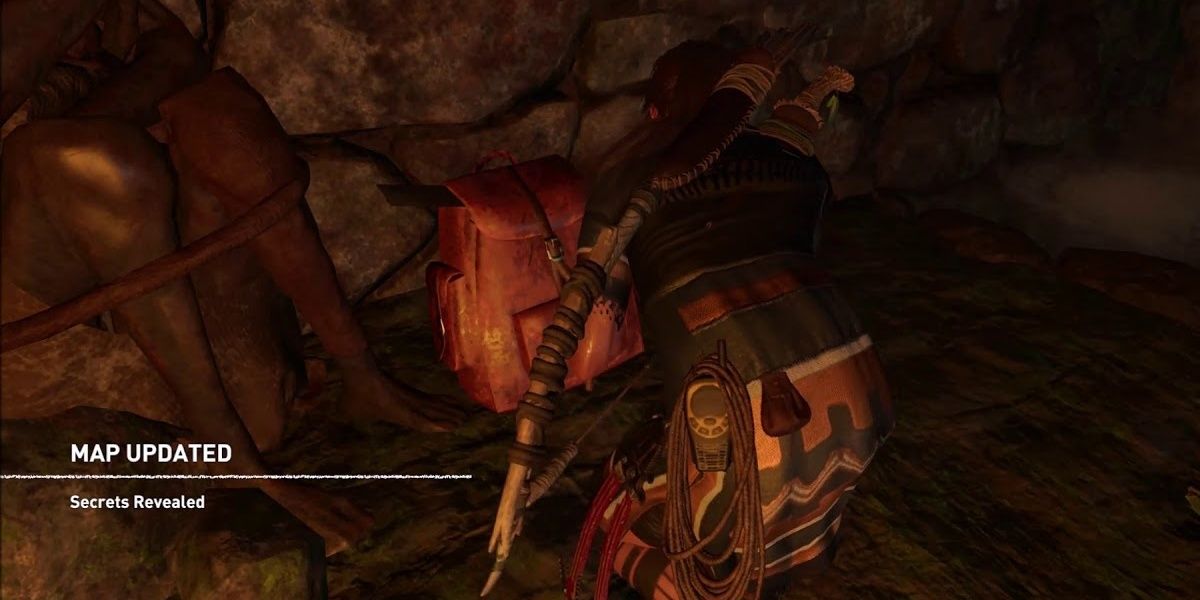 If you’re like to collects things in video games and love to hit that sweet, sweet 100% completion mark, then finding the archivist maps and explorer backpacks is a must-do for you. To be clear, these won’t count towards total completion; however, they will make things easier by showing the collectible’s locations. Each region will have its own set of backpacks and maps, so make sure to look for that first instead of going all around the place trying to catch a glimpse of the collectibles. This is what the items show:

NEXT: Shadow Of The Tomb Raider: A Complete Guide To Obtaining Lockpicks 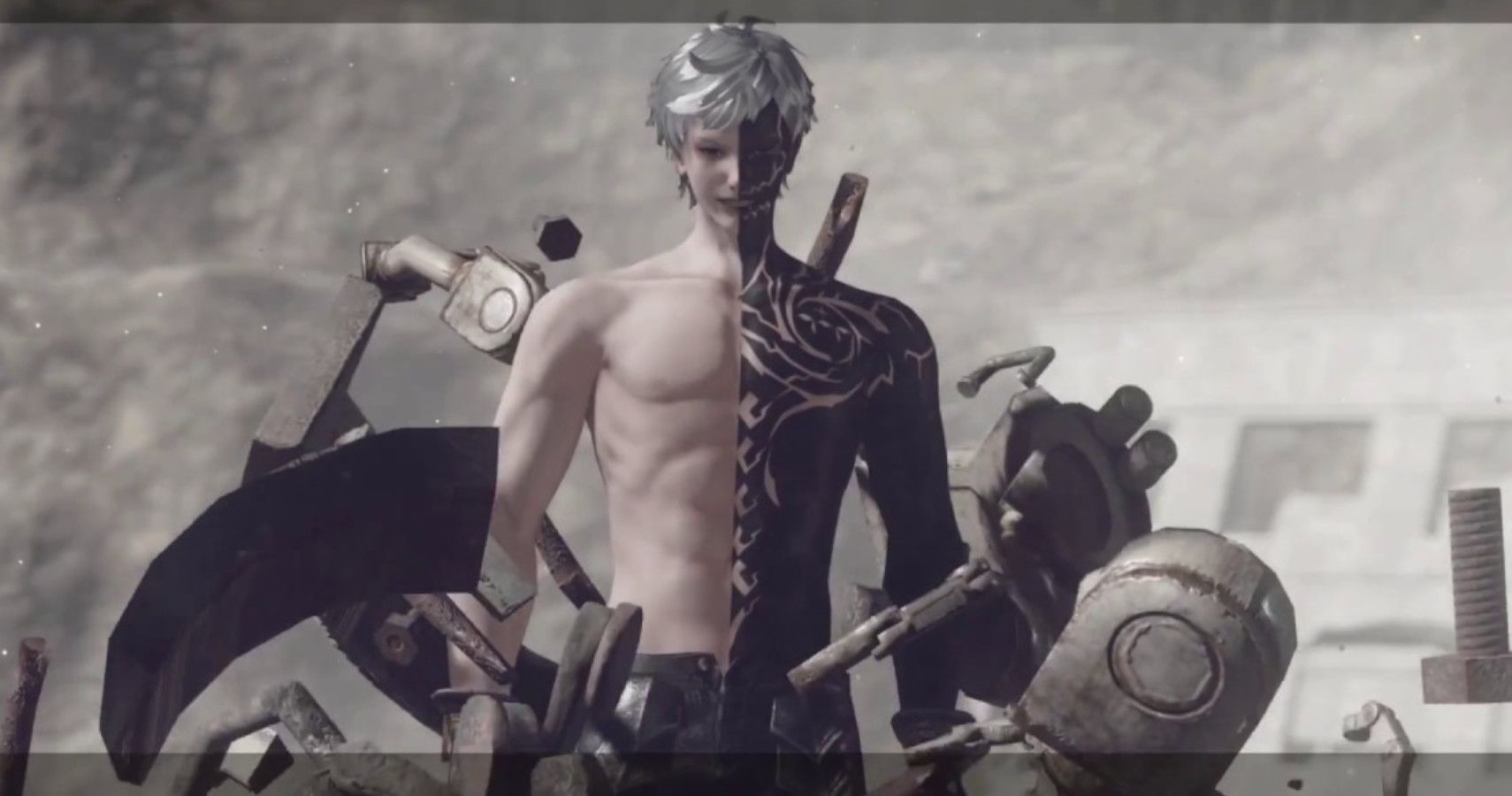