Sydney-based shipping logistics platform Shippit today nabbed AU$30 million (approximately $22 million), bringing its total raised to date to over $31 million. The company says the proceeds will be put toward supporting Shippit’s expansion in Southeast Asia as well as  growing the team of engineers based out of the startup’s Sydney development hub.

The pandemic and corresponding rise in online shopping threatens to push supply chains to the breaking point. Early during the COVID-19 crisis, Amazon was forced to restrict the amount of inventory suppliers could send to its warehouses. Ecommerce order volume has increased by 50% compared with 2019, and shipment times for products like furniture more than doubled in March. Moreover, overall U.S. digital sales have jumped by 30%, expediting the online shopping transition by as much as two years.

Shippit works with retailers to support multiple delivery options at checkout and to automate fulfillment and returns. The company’s software, which integrates with platforms like Shopify and eBay, gives customers access to carriers and provides tracking that starts from the time an order is placed until it’s delivered. Shippit offers transit protection to let customers cover goods against loss or damage, and beyond this, it recommends ways to pack orders and finds carriers for jobs, automatically generating things like packing slips. 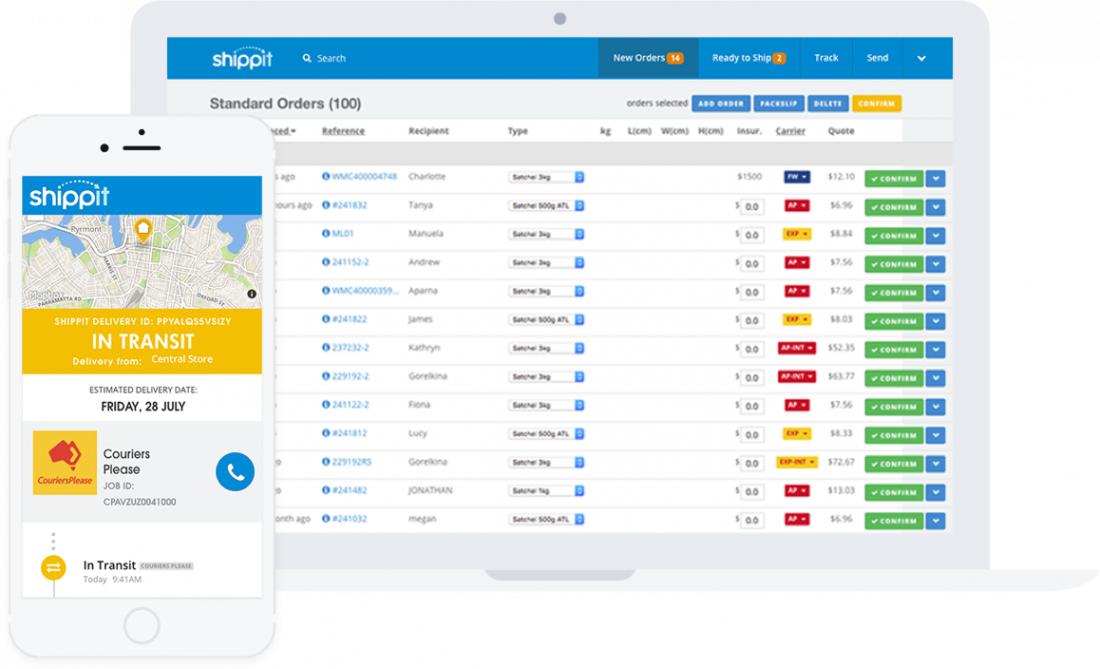 Where shipment tracking is concerned, Shippit’s platform sends notifications via email and text and leverages “delay avoidance technology” to detect and correct issues that might cause delivery holdups. Using Shippit, returns can be configured to process automatically such that some are preapproved. And for each retailer,  Shippit shows a breakdown of everything that’s been sent and how much is being spent on deliveries — as well as how deliveries are performing.

Shippit says it’s focused on the enterprise market at the present time, handling over 5 million deliveries in Australia alone for thousands of retailers including Sephora, Uniqlo, Temple & Webster, Harvey Norman among others. In the near term, the company plans to invest in its technology that limits the environmental impact of discount deliveries by measuring how much carbon is generated by courier partners to inform purchases of carbon offsets.

Shippit might have a sizeable customer base, but it faces competition from rivals in the ecommerce shipping space. There’s Shippo, a platform that makes it easier for ecommerce companies to integrate shipping into their services, and smaller outfits like ShipBob. One of the largest is Flexe, an on-demand warehousing and technology platform used by retailers like Walmart.