Unnerving yet beautiful Silt reveals a puzzling world of darkness, death, and dangers that lurk just out of sight. As you swim through the murky deep in search of Goliaths – having been instructed to "remove their eyes" in a short text prelude – you will come across all manner of slippery sea creatures which either slow you on your quest or get you out of sticky situations via a touch of possession.

The first Goliath you encounter is the Gulper Eel, a boss found at the end of Chapter One. If you're having trouble getting past this sharp-toothed brute, read on for a helping hand.

Defeating The First Goliath: The Orb 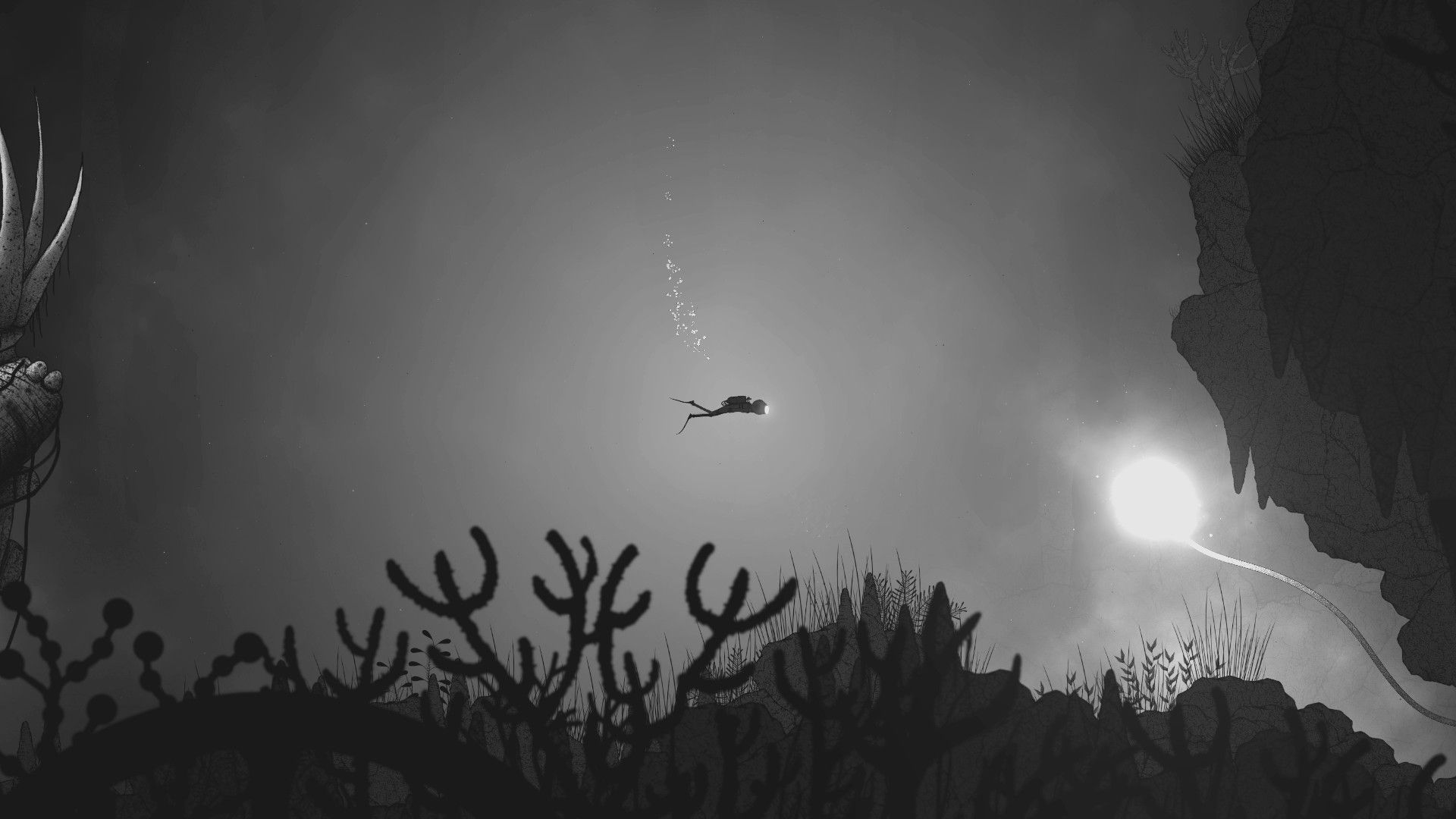 Once you get past the easygoing introductory levels, Chapter One begins with the Diver coming across a strange glowing orb tethered to something hiding just offscreen. A quick soul transfer attempt reveals that this bioluminescent orb cannot be possessed – in fact, it flinches away when you try to possess it. 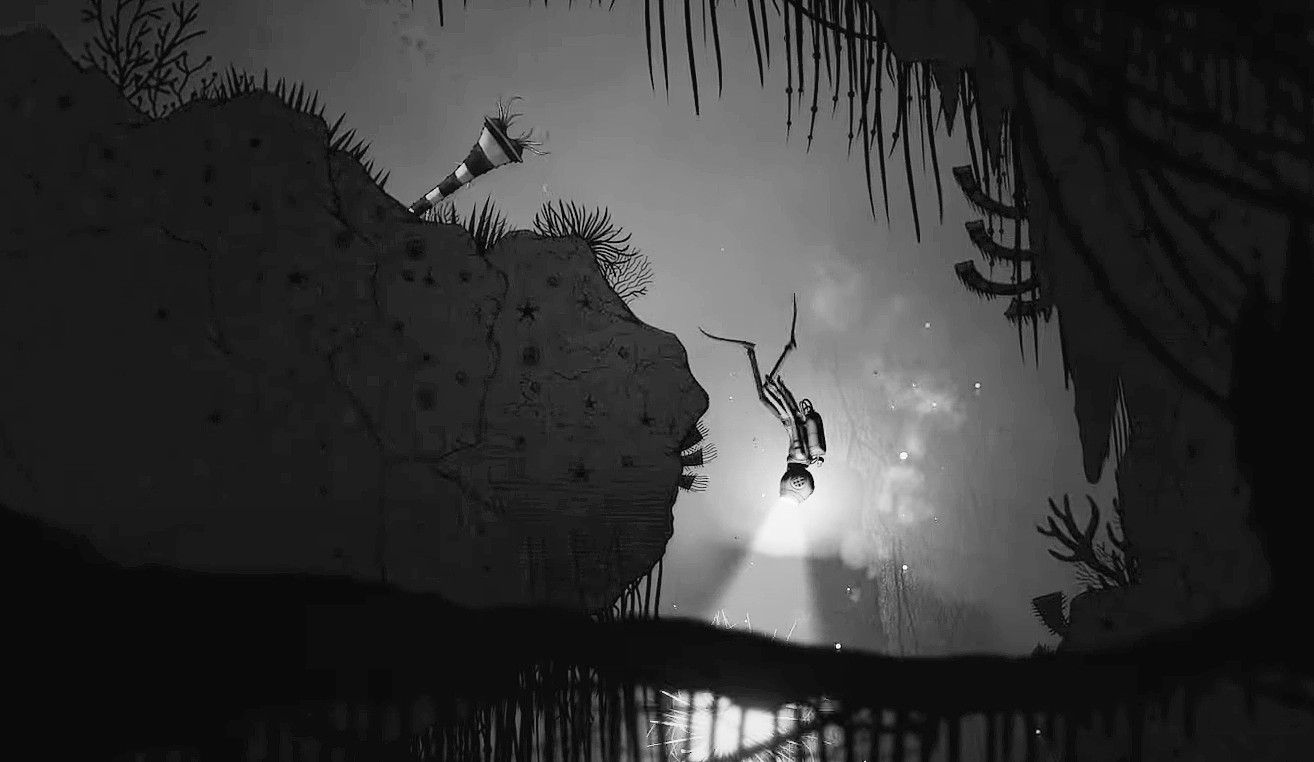 However, as it guides you through a winding passage dotted with suspicious toothy plants embedded into its walls, you'll find that not all creatures can be possessed. These are not plants, but rather some sort of man-eating sea snake.

There's no way to fight back here; speed up, keep following the orb, and don't stop unless you want to be shark bait. 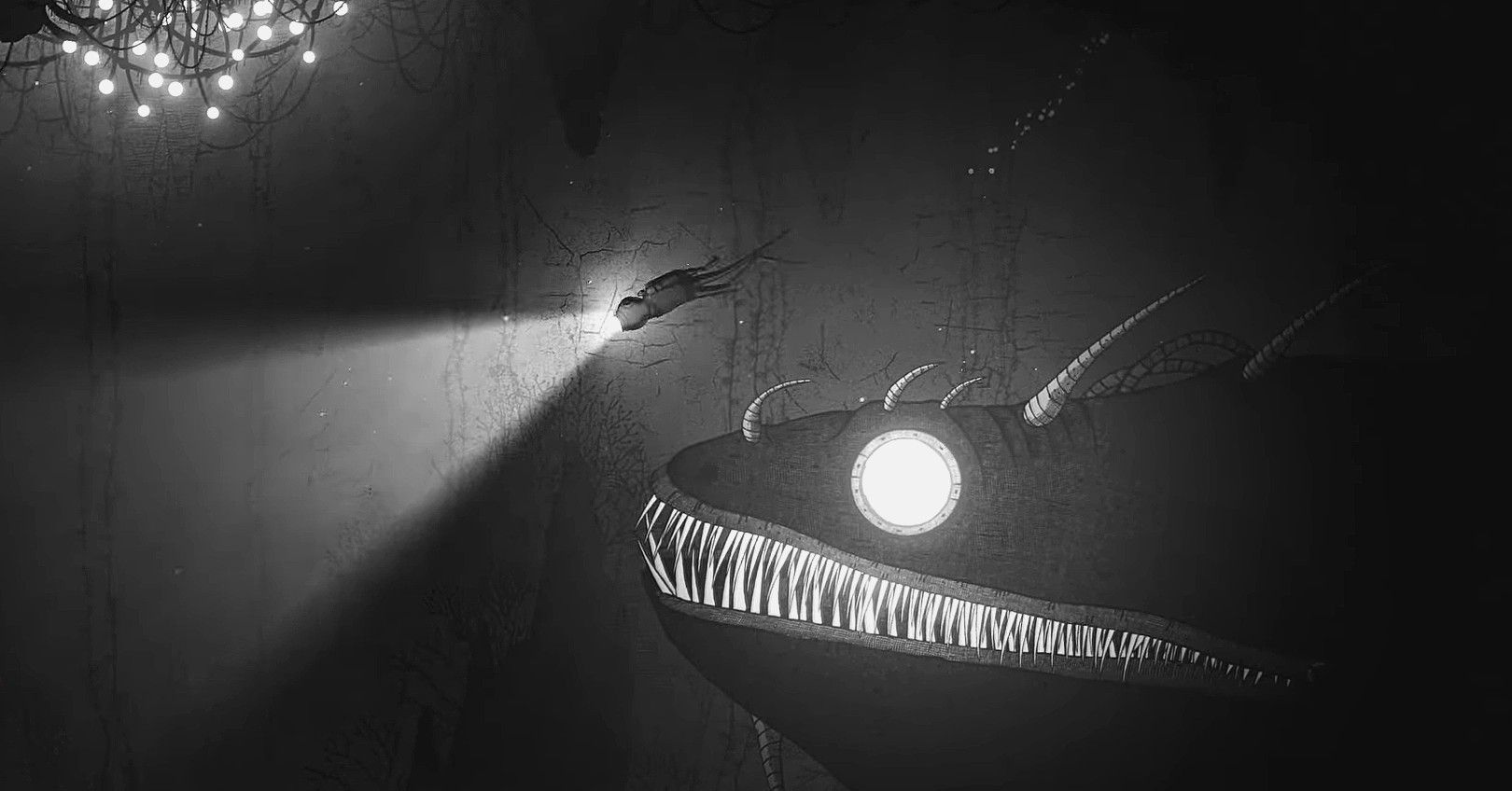 Finally, the source of the mystery orb is revealed: it's not an orb, but a lure that has been leading you eagerly into the gaping maw of the Gulper Eel.

To defeat this nasty giant, swim up to hover behind the large boulder above your head. You'll see that it's lodged into an opening of an alcove, blocking the entrance. Wait for the Gulper Eel to lunge, and quickly move out of its way before it strikes.

Thanks for shattering the boulder for us, Mr. Eel! 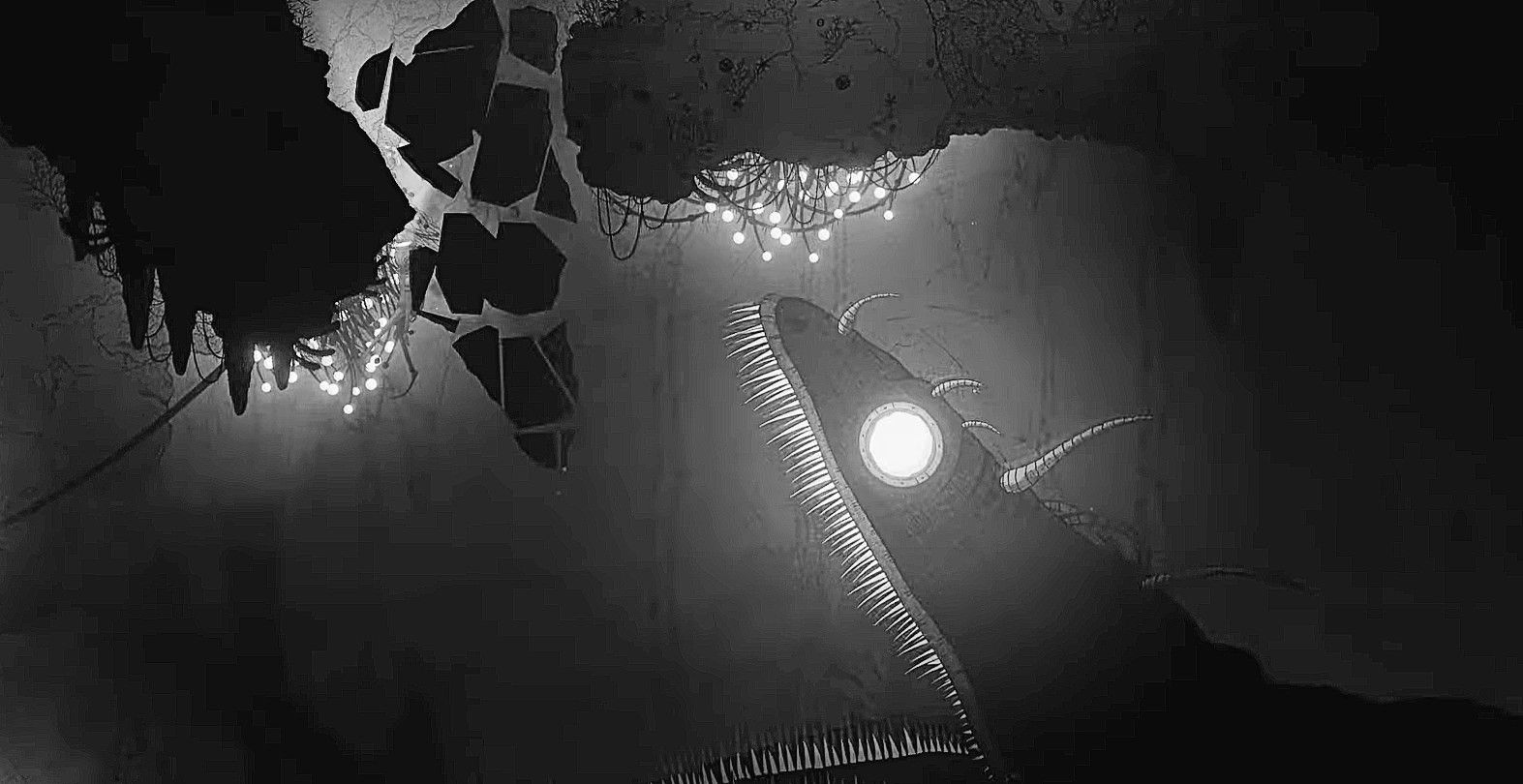 Next, possess one of the smaller sharp-toothed fish swimming in the newly-unblocked alcove. Once successfully inhabiting the fish, head to the neighbouring alcove on your left and gnaw through two cables: one blocking the entrance, and one suspending a large second boulder.

Chewing this cable sends the boulder crashing to the ground – and landing on top of a blocked-off chasm below the Eel.

Just as before, hover nearby the fallen boulder and wait for the Gulper Eel to shatter it, clearing the path ahead. 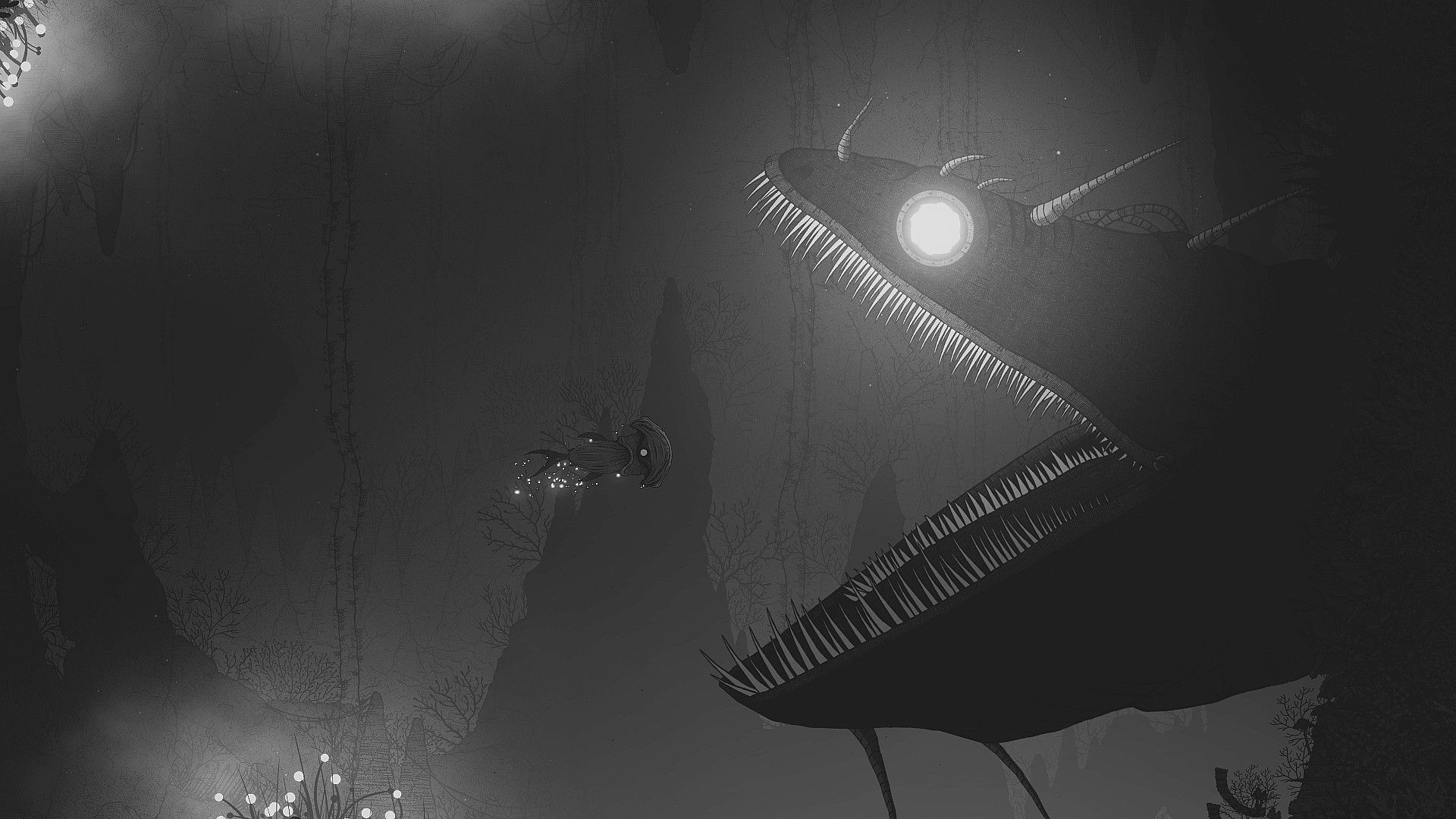 Transfer your soul from the fish to the Blockhead, which you will find swimming about in the chasm. Remember, it's bigger than you, so work quickly to ensure it doesn't eat you before you complete the possession! If it does chow down before you can escape, however, either have the Diver possess a second fish or swim down and do the job yourself.

Once in your new hammer-headed body, drift back out and zoom up to the stone ledge above the Gulper Eel.

Use the Blockhead's special ability to headbutt the ledge. This shall bring it crashing down atop of the huge beast, ending the battle.

Finally, you may transfer your soul back to the Diver, swim up to the dead Eel, and steal its eyes. This triggers a psychedelic cutscene, after which you can progress to the next chapter. 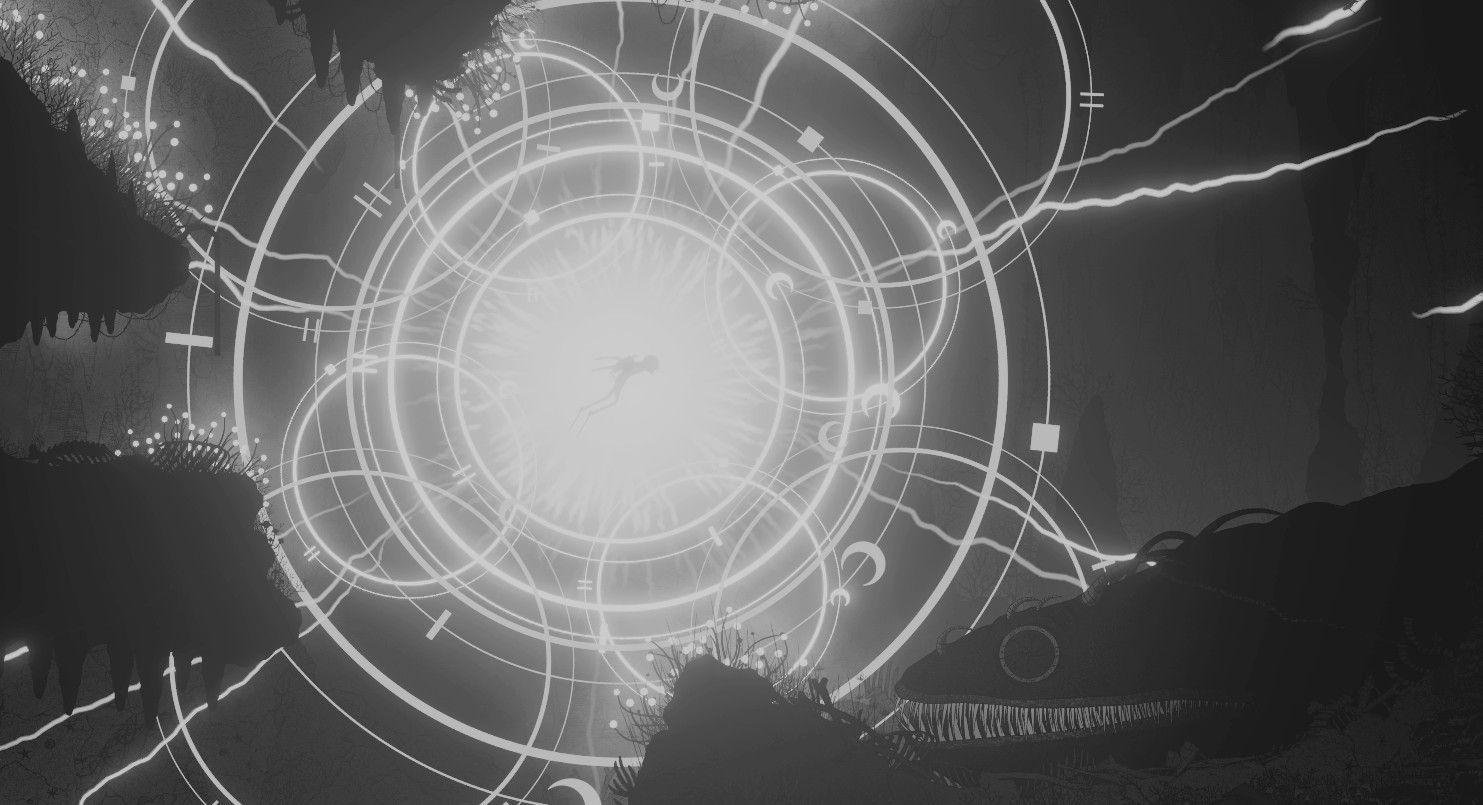