You can currently get legal marijuana in almost half of US states–all the ones you’d want to go to, anyway. Weed has been legal in Canada for years, as it has in several European countries. South Africa, Mexico, Thailand, Uruguay, and Malta have all legalized the recreational use of ganja. The prevalence and permissiveness of weed have gotten to the point where people are looking at the next logical target for legalization: psilocybin, better known as magic mushrooms.

While you might not be able to legally acquire shrooms in very many places, Skyrim has always been a country where players could do whatever they wanted, provided they had the right mods installed. And now there’s a way of going on a mushroom-fueled spiritual journey in Skyrim SE.

First, you'll need to install the Cannabis Skryim mod from MadNuttah and Virakotxa. This mod adds a new shop to Whiterun called "Your Highness" that provided several different strains of weed as well as hash, hash oil, and a free copy of "Guide to Cannabis Skyrim" that will teach the player how to use planters, soil, and water bottles to get their own grow-op going. It also adds several NPCs, all of which can be found smoking 24/7. 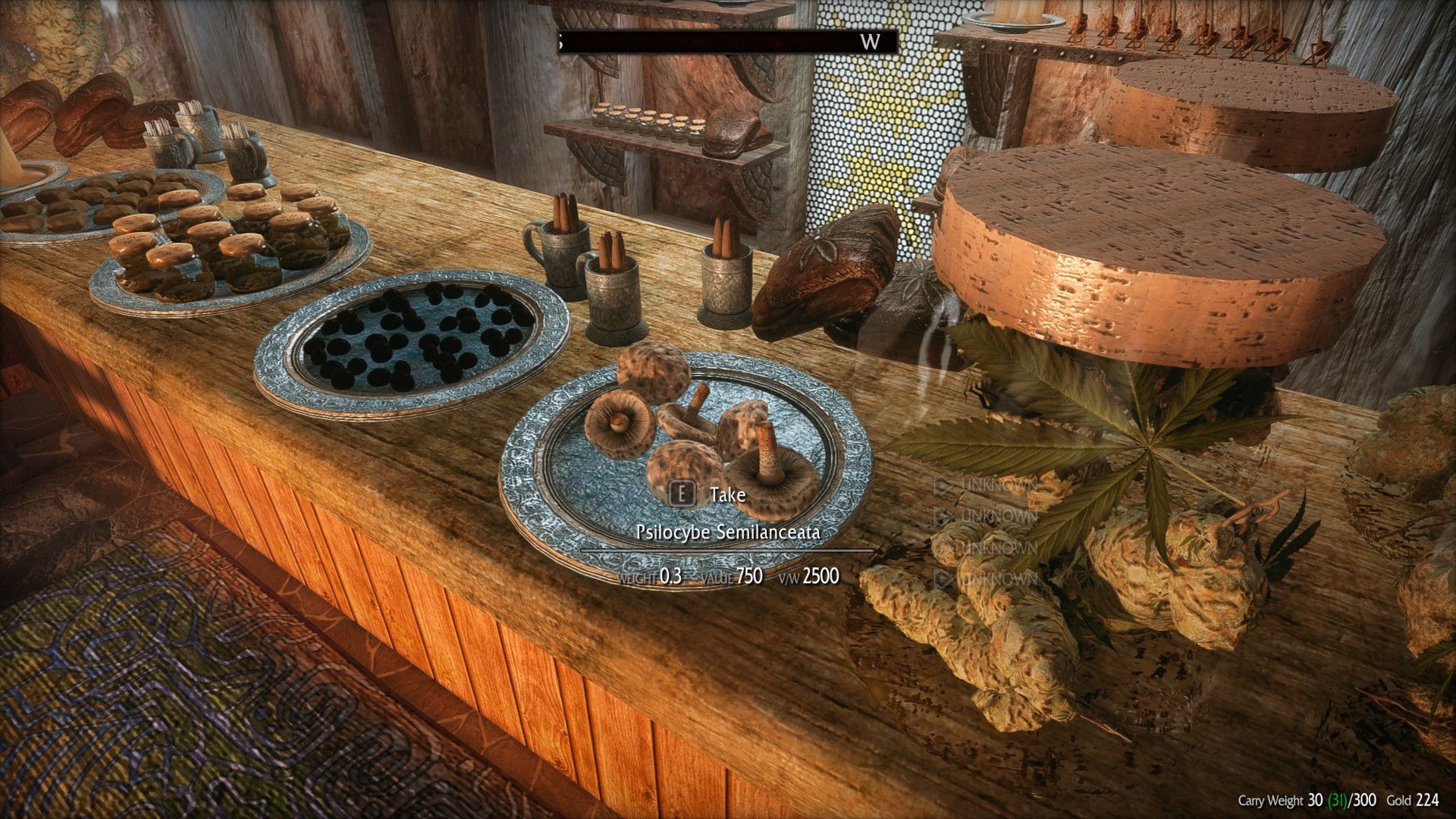 Now that Your Highness is in-game, you can add the Cannabis Skyrim SE – Psilocybin Mushrooms SSE Synergy Patch. This patch improves the Cannabis Skyrim mod by adding several varieties of mushrooms from the Psilocybin Skyrim SE mod or sale. These include Psilocybe Serbica, Psyilcybe Cubensis, Conocybe Cyanopus, Gymnopilus Purpuratus, Panaeolus Cinctulus, Psilocybe Weilii, Psilocybe Baeocystis, Psilocybe Azurescens, Psilocybe Semilanceata, and Psilocybe Stuntzii. Each provides a slightly different trip, and you can even combine two separate varieties for an even stranger high. Expect to hallucinate Dremoras, wolves, and plenty of Dark Brotherhood agents.

Eating a virtual magic mushroom mostly just applies a bizarre filter to the world that's a little more psychedelic than what you can achieve on real-life magic mushrooms alone. That's more of an LSD thing–or so I've been told. Anyway, head on over to Nexus Mods to download every mod mentioned here.