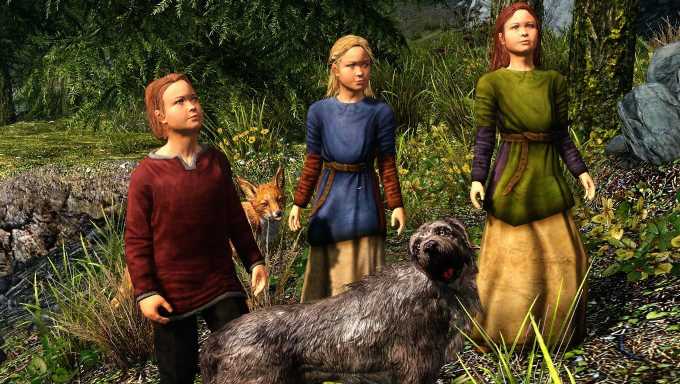 Skyrim has become well known for its enormous catalog of mods, but fans of the franchise are still making new and increasingly creative content for the game. The latest addition to this growing library of mods makes recruitable orphans grow progressively bigger with each enemy takedown.

While the game was first released over a decade ago, Skyrim has continued to support a thriving community of players. The game offers nearly endless possibilities, but modders have somehow managed to make Skyrim even more expansive. The active modding community is arguably responsible for the already impressive longevity of the game.

The latest mod to attract attention is a recently released addition to the game that was featured on YouTube earlier this week by the user known as Call Me Kevin. The mod has recruitable orphans that grow bigger and bigger in size each time that one of them kills an enemy. The twist is that whenever one of them gets knocked down, they get progressively smaller and smaller in size. The result is of course complete chaos.

While the game is filled with dozens of them, players are limited to only a couple of possible interactions with the orphans in Skyrim. This mostly involves a few dialogue options and a couple of quests. They do however have the ability to defend themselves and this combat ability was used to great effect in the mod showcased by Call Me Kevin.

This comes in the wake of news that a fan of the franchise recently released a mod which offers “immersive lap sitting” with a popular companion called Kaidan. This companion was modded into the game some time ago. “Dovahkiin is exhausted from picking blue mountain flowers and thinking up ways to punch Nazeem without attracting the attention of the guards,” the modder known as HanShotFirst noted. “Alas, there are no chairs available and Amren doesn't seem to want to move his butt despite you collecting his stupid sword. Luckily, you dragged along your Akaviri boyfriend and now you can make everyone really uncomfortable with a public display of affection. Just ask Kaidan if he has any room for you on his chair.”