Skyrim mods are its own little industry. Almost like a wish-granting genie, if there's anything you desire to do, have, kill, or become in Skyrim, there's most likely a mod for it. Suppose you want the dragons in the game to look a bit better as you Fus Ro Dah them to the ground – there are countless texture packs that can do that for you. But what if you want them to look so good that you'd need a supercomputer to run the game?

Well, guess what? There's a mod for it. Modder XilaMonstrr has worked on several Skyrim mods in the past, particularly ones that have improved the textures on dragons and added new species to mix things up a bit. However, while upscaling the Bellyache's HD Dragon Replacer Pack and Bellyache's New Dragon Species mods, XilaMonstrr pushed things all the way up to 16K (thanks PCGamesN). And now, they're advocating that 16K is the best resolution to experience – or kill – dragons in.

"First off, the main dragon texture files are twice as long as they are wide," they said via a post on Reddit." So the 16K version has files that are 8192×16384. Dragons are VERY large, and I would recommend that you think of this as two 8K files next to each other rather than full 8K. 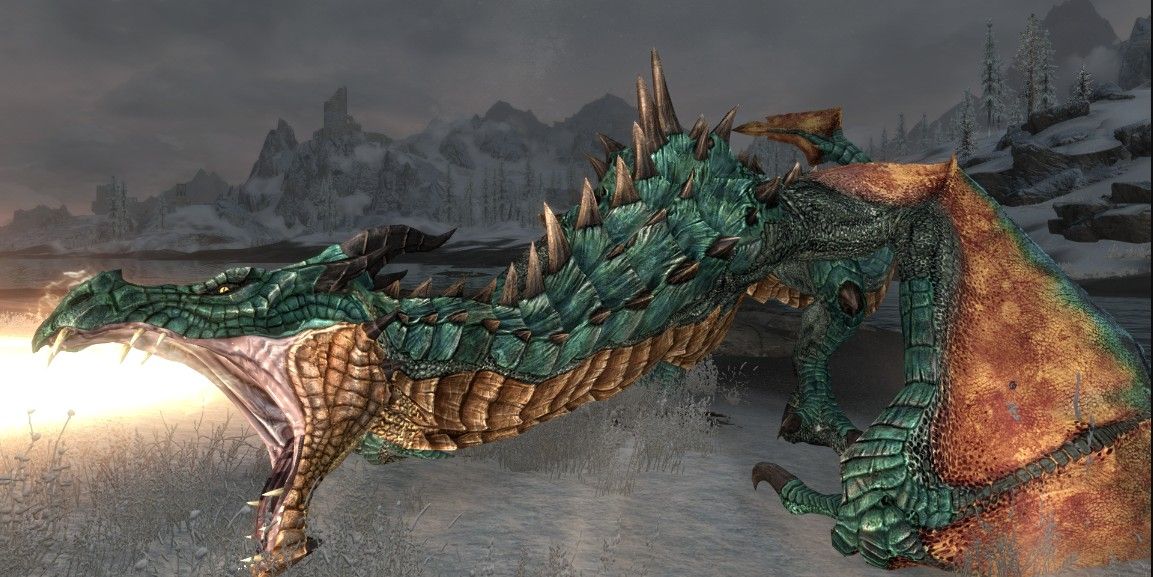 However, they noted that if you're taking on multiple 16K dragons, you might experience a drop in frame rate. If so, you should stick to the 8K versions, or even 4K if you don't have a very powerful PC.

XilaMonstrr mentioned that they will be working on upscaling more dragons from various mods, and if granted permission, "will happily clean and upscale any other dragon retextures to 16K." Considering how many types of dragon mods there are out there, the modder is no doubt going to have to wade through a lot of requests.