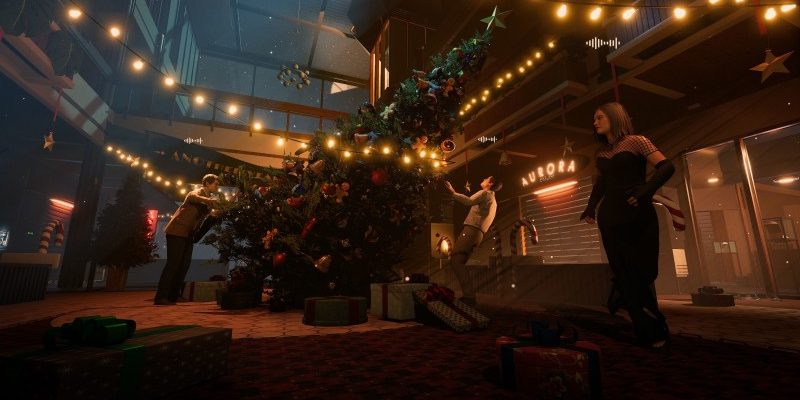 While PlayStation owners are still waiting for Among Us to grace the platform, they have another social deception game to look forward to. First Class Troubles sports a similar whodunnit premise set in space, only this time you control 1950s-era characters aboard a luxury space cruise ship. The game launched in Steam Early Access earlier this year, and now it’s heading to PlayStation consoles.

First Class Trouble supports six players, with four playing the role of Residents while the remaining two are Personoids, which is a fancy term for “lying murderers.” Residents must work together to shut down the ship’s rogue A.I. while the Personoids sabotage that mission by killing Residents (discreetly or otherwise) without getting caught. As the trailer shows, you can take out other players in several amusing ways, such as setting them ablaze with a flamethrower, feeding them to giant carnivorous plants, or, if you’re feeling frisky, dropping a chandelier on their heads.

The game also features proximity chat to make interactions feel more realistic (like hearing cries for help in the distance) and a nifty Fast Boot option that lets you skip to the main menu after finishing your first game, setting up rematches quicker. The PlayStation 5 version utilizes the DualSense controller’s haptic feedback to make every successful kill feel as satisfying in the hands as it does in the heart. You can learn more about the game’s development by visiting the PlayStation Blog.