Quests are minigames in Sonic Frontiers that must be completed in order to finish the game. On Kronos Island, Amy will periodically give you quests to complete. There are three in total, and they have to be completed in order. You'll be rewarded with Chaos Emeralds, which will be necessary to fight the boss at the end of the island!

If you aren't sure where to find your next quest, follow the Objective Marker. This will always take you either to Amy or to a Chaos Emerald Vault. As long as you have enough of the right items (Memory Chips for Amy, Vault Keys for Emeralds) you'll progress the story and eventually unlock new quests. 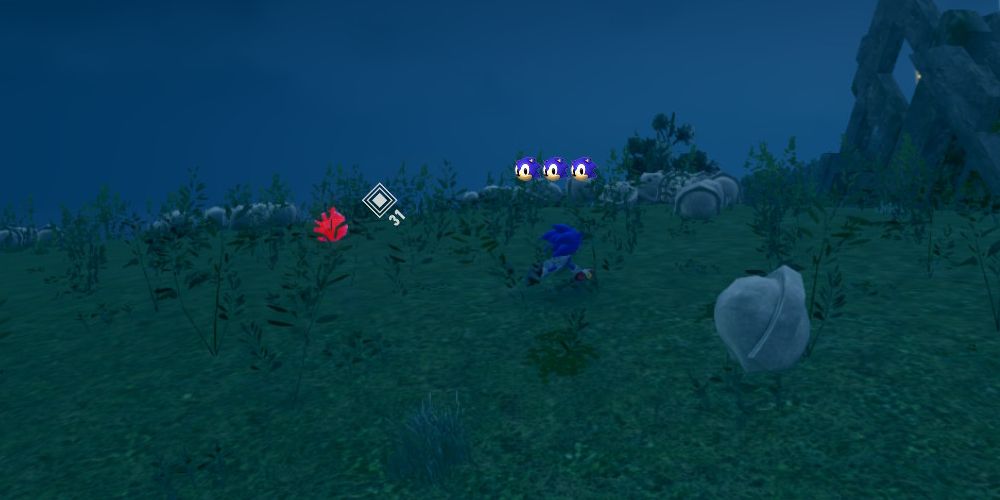 Amy asks for Sonic's help recovering a Koco's lost children. This is a fairly straightforward quest, as the Koco will move away from Sonic when he approaches. Use this to chase them toward the goal!

Run in a wide zig-zag as you move forward to push all the Koco forward at once. If a bomb appears, just move back toward the start until it explodes, then continue. You may need to round up stragglers after getting most of the Koco to the goal.

Spring Is In The Air 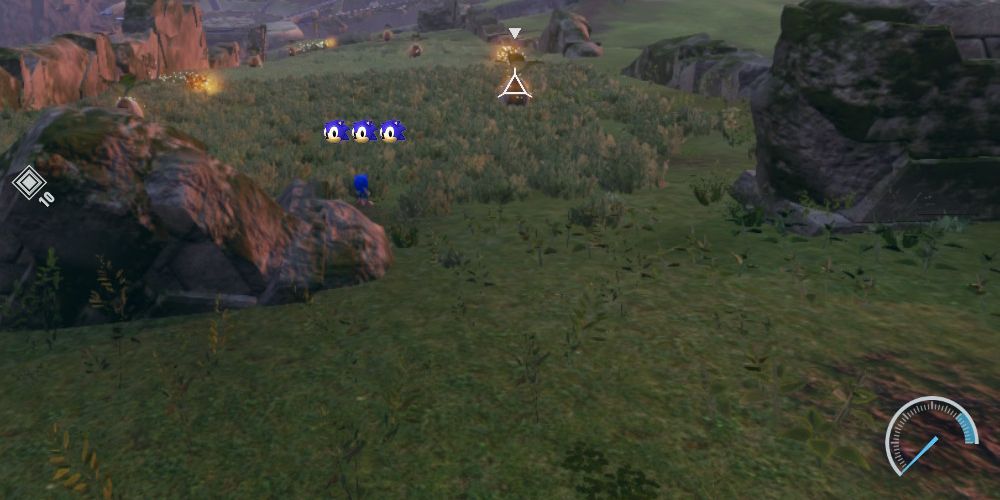 Sonic and Amy search for clues under a thick field of tall grass. You'll need to cut down enough grass within the time limit to find what's hidden underneath.

Use Cyloop to cut down areas of tall grass; the larger the area cut, the more points you’ll get. You need to get 7000 points before th timer runs out, and you can also fail the challenge if you're hit by bees three times.

Don’t bother using the flowers to distract the bees; just boost as much as you can and create the biggest possible Cyloops while avoiding the enemies. If a flower happens to get caught in a Cyloop, so much the better! 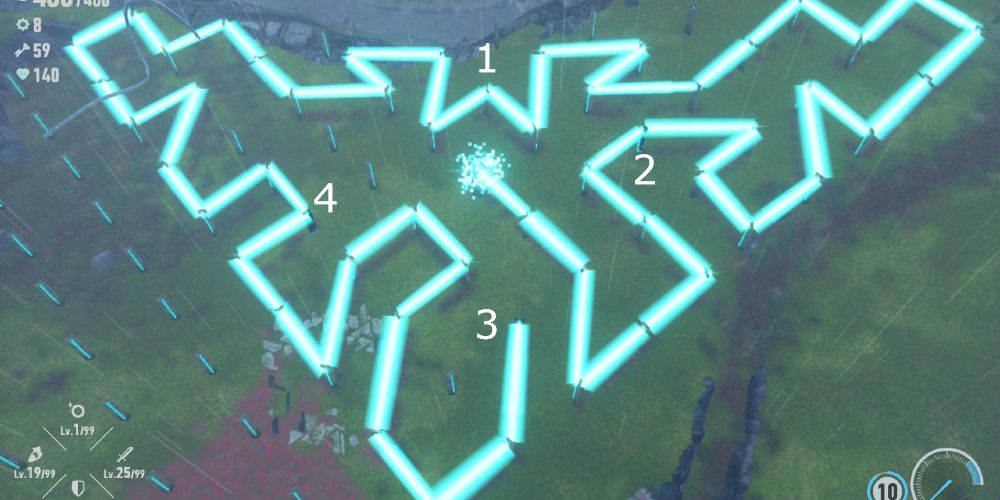 After completing Amy’s quest chain and gathering six of the seven Chaos Emeralds (Giganto has the last one), interact with any of the tombstones with beams of light coming out of them to start the puzzle. You can move all four tombstones regardless of which one you start from.

Rotating the tombstones will cause their beams to move, potentially creating lines as they pass through the prisms throughout the graveyard. Each tombstone will also rotate one or more others when you move it. Clockwise from the top, we’ve numbered them one through four.

The goal is to arrange the beams of light so that they form a bird-shaped crest, as shown above.