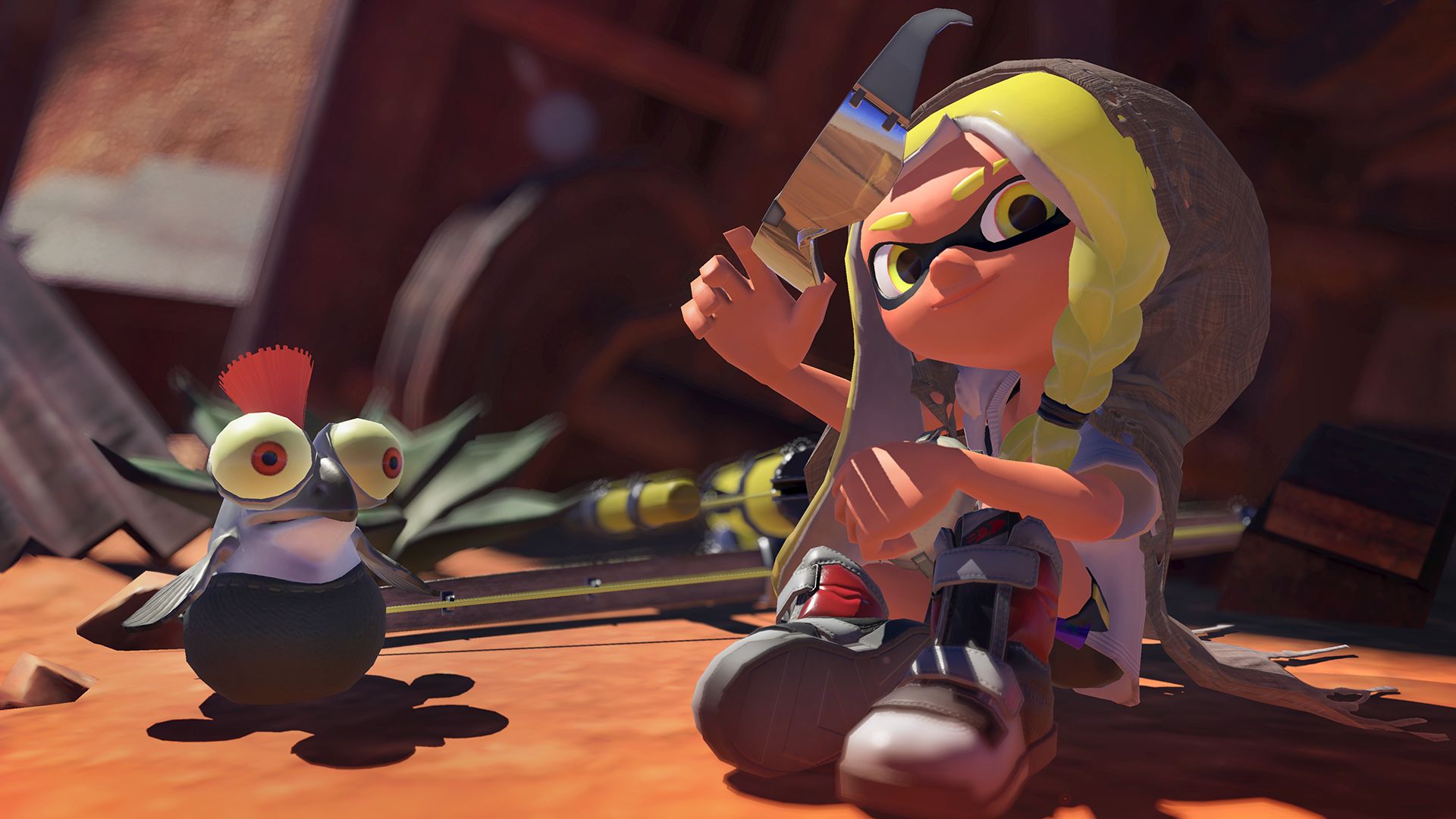 A reader looks forward to this weekend’s Splatfest and claims Splatoon 3 is the best online shooter ever, and a game everyone should play.

As I type this, I’m looking forward to starting the first Splatoon 3 Splatfest this weekend. It’s the first chance since the beta to try out the game’s new three-way battles and I’ve been practicing my skills in normal matches to get ready. I’m looking forward to it not just because this is the first chance to play the new mode properly but because I’m convinced that Splatoon is the best online shooter ever.

It might not have the same name recognition in the West, but Splatoon 3 was the fast-selling game of all-time in Japan, which, I know, sounds crazy but it’s true. Although it does well, it’s nowhere near as popular in the West and I think that’s a big shame. As far as I’m concerned, it’s much better than Call Of Duty, Fortnite, and any other online shooter you care to mention.

I can’t speak from any position of authority on why it’s so big in Japan but I’m going to guess it’s because it’s actually something different from the normal generic military shooter. Not only is it highly original but it’s also not obsessed with violence and machismo. It’s not sappy but it’s certainly not grimdark either (even though technically it takes place in a post-apocalypse where the whole human race got wiped out).

I think maybe some people heard that it involves paintball and assume it’s just Call Of Duty with paint but it’s not like that at all. Yes, you are shooting paint (well, ink) but in the main mode whether you shoot the opposing team or not is entirely incidental. What you’re actually trying to do is paint more of the floor than the other team, which not only requires completely different strategies than normal shooters but means less skilled players can be very useful even if their aim is poor.

Part of the appeal with Splatoon is how great the controls feel. It’s a joy to play, in the same way Nintendo games usually are, and the use of motion controls is especially good. Compare that to Fortnite where the world’s most successful shooter only has mediocre gunplay.

There are more traditional shooter modes, but you can only play them when you’ve got enough experience under your belt, so despite what it initially looks like there’s plenty of variety. There’s also Salmon Run which is hands down the best co-op experience I’ve ever had. It’s a PvE mode that plays out like a kind of more focused, concentrated version of Left 4 Dead, except with salmon monsters instead of zombies.

The sense of camaraderie, even when no-one’s speaking, is immense and since you will get nowhere on your own you absolutely have to play as a team at all times. I love it. The game swaps weapons every round and the map changes too, so while it seems like it could get old quick it never has for me.

A lot of people have criticised Splatoon 3 for being just the same as its predecessors and it’s true that neither of the sequels have added much new. Salmon Run has been the only major addition, although the games have got increasingly more content at launch each time. I won’t pretend I wouldn’t like to see more new features and modes but unless you played the originals, and hated them, that really doesn’t matter as much as some pretend.

In terms of gameplay, Splatoon 3 is flawless. Yes, it could do with more modes but only because the current ones are the same as before. For a first time player they’re all exactly what you want, with not a dud amongst them. I hate to give Nintendo excuses, but the reason Splatoon 3 has changed so little is because it’s already basically perfect.

To a lot of Western gamers, I think they see the colourful graphics and decide they’re too grown-up and serious for it, even though neither of those things describe Call Of Duty or Fortnite. Believe me or not but Splatoon 3 is as good as it gets, at least until Splatoon 4.