Star Wars: Galactic Starcruiser is set to open its doors in March, but the hype for Star Wars and Disney fans to cruise through a galaxy far, far away has died down — and so have ticket sales. Reservations for the simulated star cruise resort hotel have gone down by 50 percent following intense backlash against a commercial of the resort which The Walt Disney Company shared online last month.

As reported by Disney theme park news outlet Inside The Magic, reservations for the months after the opening of the immersive resort hotel are close to being completely available. Disney took down the commercial, but the available voyage start dates throughout the rest of the year show that visitors who initially wanted to come aboard the hotel have cancelled their reservations after seeing the commercial.

The calendar on the official Star Wars: Galactic Starcruiser website shows that reservations for March are almost filled up, but reservations are almost clear from April to June. From July to September, reservations are completely open for those who want to shell out more than $6,000 to live out the Star Wars experience for two days and nights. 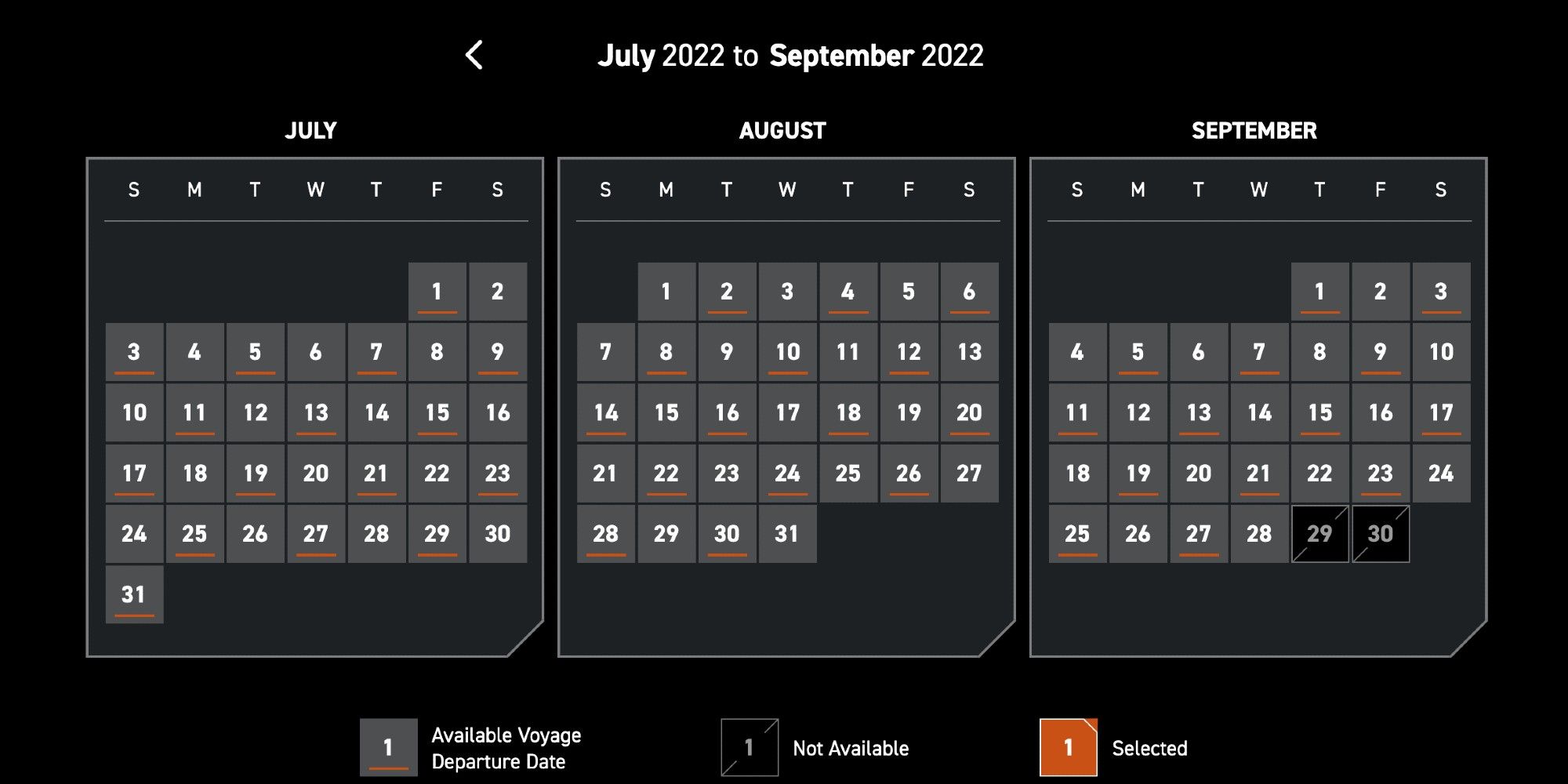 The commercial that triggered the ticket cancellations had Disney Imagineering Executive Producer Ann Morrow Johnson giving The Goldbergs actor Sean Gianbrome a grand tour of the Star Wars: Galactic Starcruiser hotel which critics claimed doesn't look very faithful to the Star Wars films, pointing out that the bridge is a carbon copy of the Enterprise from Star Trek. The icing on the criticism cake is that the lounge singer sang in English instead of an in-universe language like Huttese.

Although Star Wars: Galactic Starcruiser doesn't open for another two months, people are judging the resort based on the commercial Disney prematurely posted and eventually scrubbed off the internet, although some YouTube users have kept copies and shared their versions of it for future reference. Galaxy's Edge at Disney Hollywood Studios apparently got everything about the Star Wars universe down to the letter, so Disney Imagineers and Disney Parks officials need to take some time to rectify the wrongs presented in the commercial and make the resort just as immersive.