Star Wars Jedi: Fallen Order is excellent, and told one of the most compelling stories set across this universe in quite some time when it launched a couple of years ago. Well, that was until Darth Vader showed up at the end because apparently we’re too stupid to be trusted with new characters without some big familiar baddie being thrust in our faces.

Oops, spoilers for the ending I guess. Besides that obvious foible, Respawn Entertainment managed to create not only a Soulslike in a galaxy far, far away – it introduced us to a worthwhile narrative journey and a cast of characters we actually came to care for. Cal Kestis might be a plain digestive biscuit on the surface, but his emergent arc gave us motivations to root for and a backstory set amidst the prequel trilogy that didn’t rely on obvious fan service to keep us invested. It felt original, which is increasingly rare in a franchise that Disney has deemed as little more than a pandering nostalgia mine.

But I’m not here to talk about the story, that can wait for another article. As I progress through my first revisit since the game’s release, I want to touch on a part of the game that hurts an otherwise excellent combat system and even damages the universe building Respawn has worked so hard to convey through its myriad explorable worlds. While you face off against the obvious collection of droids, stormtroopers, and other such imperial staples throughout the campaign, a lot of time is also spent slicing animals to pieces. 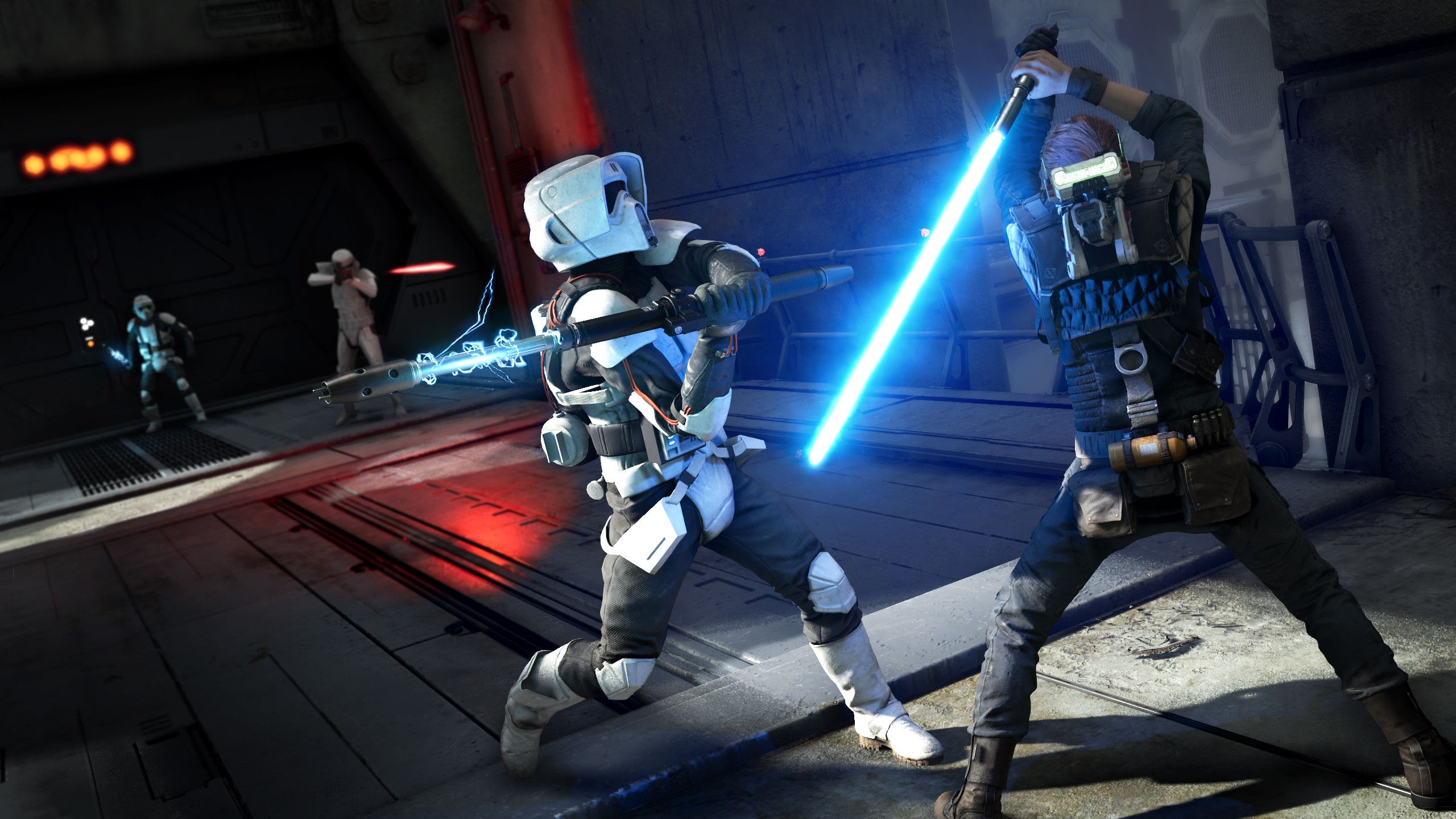 Bogano is wild animals and little else, with its swampy ruins and crumbling industrial structures housing all manner of weird naked rats, ugly cockroaches, and bumbling beasts ready to do battle the moment we stumble across them. Some animals will flee, but the majority of them are clearly pissed we’re trespassing on their habitat and wish to do something about it. Cal isn’t concerned with the fact he’s breaching a potentially vulnerable ecosystem, he’s a fledgling space wizard with a mission to accomplish, so he whips out the laser sword and shows these animals that messing with him has consequences.

This doesn’t fit his character, and as we stumble across massive spiders and giant goats on the planets to follow it also becomes clear that these beasties also aren’t all that fun to fight. Goats on Zeffo are the worst culprit, and exhibit the biggest shortcomings of Fallen Order’s level design and combat system whenever you stumble across them. All these annoying assholes do is run directly at you, taking off massive chunks of health with a charge attack that doesn’t have much accuracy to its hit window. You can be on the side or even behind it and still take damage, while the environments these creatures call home are much too confined to dodge them effectively. It feels like a teething issue on behalf of Respawn, who needed enemies to fill these areas and knew that stuffing Stormtroopers into every crevice was neither realistic nor fair on the player. The end result is boring. 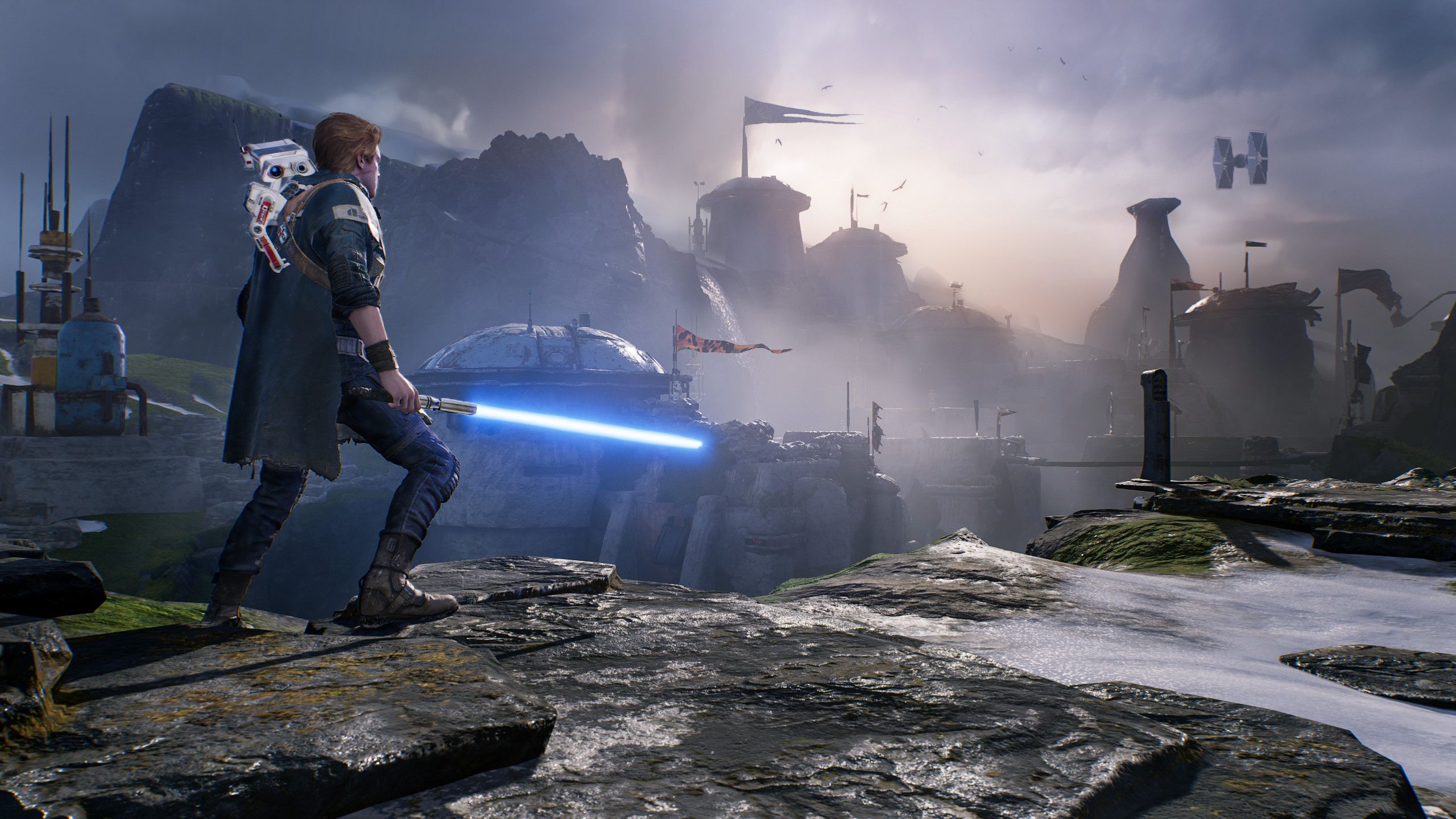 I wish the game improved as you progressed, but tussles with wild animals only increase when discovering new planets. It makes sense, many of these places have been invaded by the Empire and torn apart with makeshift facilities and tyrannical plans to turn these once beautiful places into little more than farms for resources. They have a right to fight back and reclaim their homes from selfish invaders, and you inevitably find yourself caught in the crossfire of Stormtroopers fighting off giant spiders. But instead of choosing a side or using the force to communicate with them – which the series has shown to be a thing in the past – you just murder them and call it a day. Imagine an ability to have them fight by your side, or flee from your presence instead of immediately preparing for a scrap simply because we need something to fight to keep our interest. I’d even love to have a chat with them.

Fighting with ancient creatures in Elden Ring or The Witcher 3 makes thematic sense because you’re conquering seemingly unstoppable demons or corrupt minions who have a reason to stop your journey before it even in stars, but in Fallen Order they’re sorta just hanging out until you waltz up and start murdering them. It feels unimaginative, and I hope the coming sequel is willing to pit us against enemies with greater meaning instead of filling in gorgeous environments with cookie-cutter encounters that ultimately mean nothing. 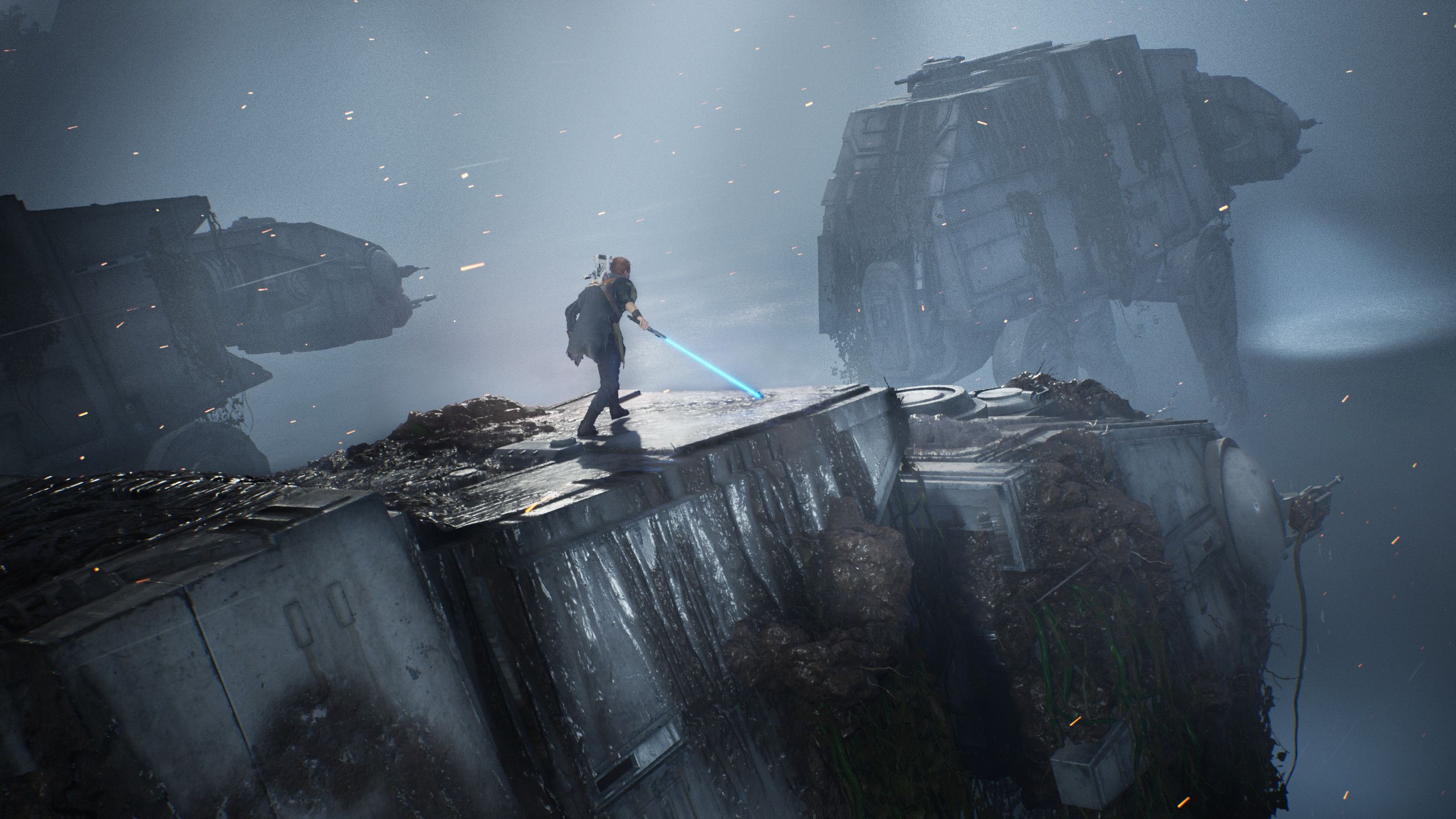 Leaks of toys from Star Wars Celebration suggest that Survivor will feature Magna Guards from Revenge of the Sith alongside other familiar faces, hinting that Respawn will be tapping into existing lore while also piecing together its own new worlds and designs. I hope it leans into this direction further instead of having us slice galactic hippos and carrier pigeons to pieces in order to earn experience points and inflate the overall runtime. It’d not only make for a better game, but a far more memorable one. No more space goats.