Star Wars Jedi: Survivor is a most eagerly anticipated sequel. The first game Fallen Order did very well for its developer Respawn and publisher EA, selling many millions, and the adventures of Cal Kestis and his crew of outcasts and misfits inspired many. Now, some new details have surfaced thanks to game director Stig Asmussen.

Speaking to Game Informer, Asmussen revealed more about the combat, traversal, and the new buddy you'll be hanging out with. "We have five fully realised stances in the game," Asmussen told the publication. As you might expect certain stances will be more effective against certain enemy types, but the most headline grabbing is that one of these fighting stances will see Cal weapon wielding in ways that no self-respecting Jedi would've done during the years of the Republic.

Among the new stances includes a dual blade-wielding option, with Kestis using two lightsabers at once. There's also a heavy stance that uses the crossguard-style lightsaber that cinemagoers will associate with Kylo Ren. Asmussen called this latter stance "a more confident approach" as players will need to be measured since the weighty stance requires more precise timing. But the most eye-catching stance is one where Cal Kestis wields a blaster and lightsaber at the same time. 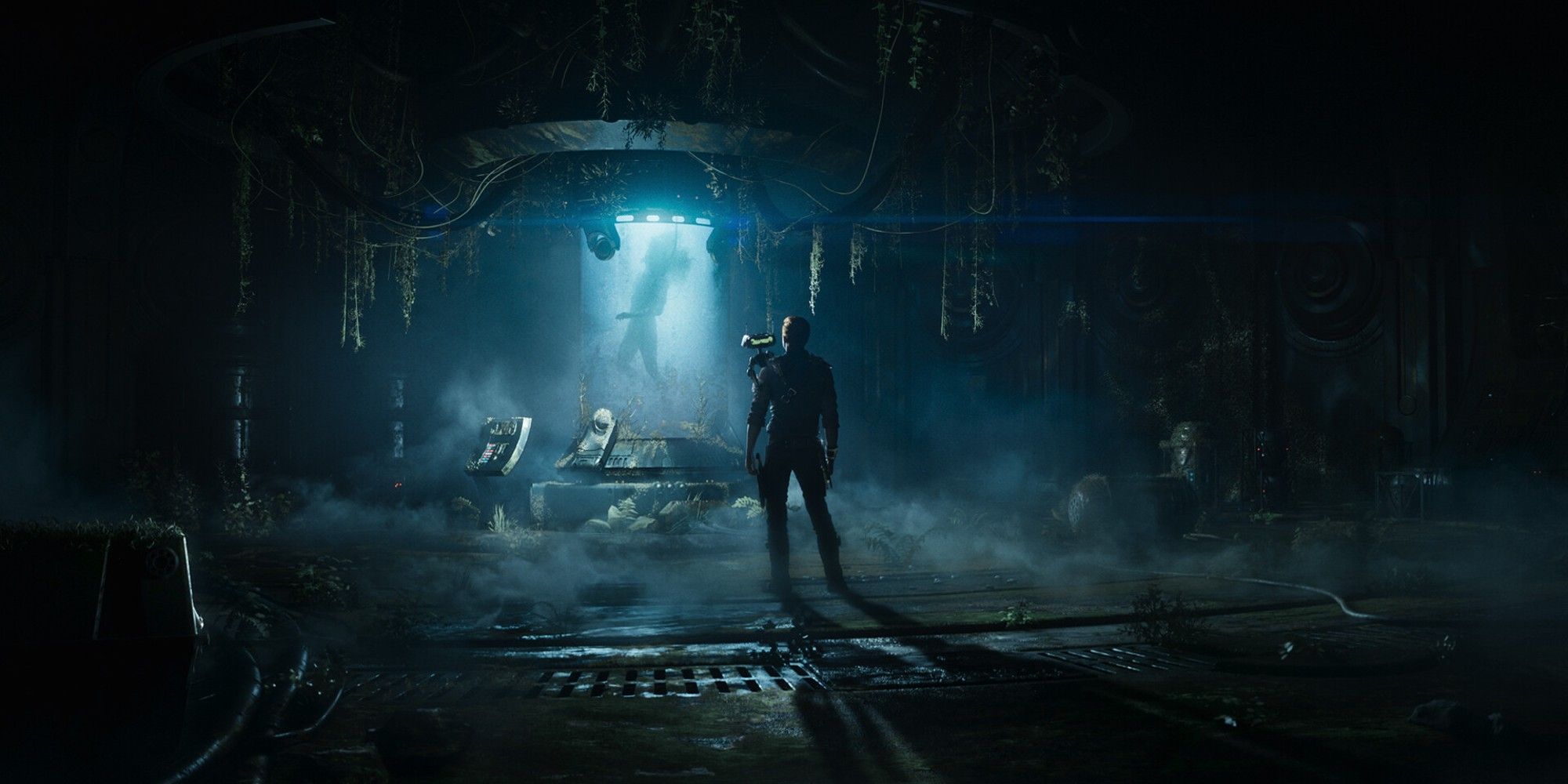 Yep, in Survivor players will have the option to wield a blaster and lightsaber simultaneously with the blaster adding a ranged dynamic to Cal's combat. As Jedi connoisseurs will know, the Force-wielding order disdains the use of such weapons, while Obi-Wan Kenobi, in Episode 3, famously calls blasters "so uncivilised". But in the timeline in which Cal finds himself it's definitely not High Republic times and the Jedi is doing things to endure and survive.

"It really speaks to where we find Cal in this part of the story," Asmussen said, noting that five years have passed in the timeline of the game and that things have turned darker. "He's an unconventional Jedi, and he has to do unconventional things. So, something frowned upon during the height of the Jedi Order? Cal's finding he's going to do whatever it takes."

It's an intriguing addition while the introduction of various fighting stances will bring the game even closer to certain inspirations that the studio drew on. But the blaster and saber stance is especially neat since it also weaves in story elements simply by dint of its inclusion. Elsewhere, the game director revealed more about Cal's new AI buddy as well as the greater traversal abilities players will have.

Alongside fan favourites such as BD-1 and Merrin, Survivor will see some new faces including a mercenary called Bode Akuna who'll have an almost brotherly relationship with Cal. "He and Cal form a special bond," Asmussen said. Bode will be a buddy AI for Cal and will help in combat and traversal.

Star Wars Jedi: Survivor will lean into the exploration too with multiple new traversal mechanics. "It's much of a wider Metroidvania approach," Asmussen said. "Cal can cross huge gaps by chaining several types of skills together". That's not all. The game will also see Cal taming and riding mounts.

It sounds like the sequel will be a full-blooded sequel with many new additions to look forward to. Star Wars Jedi: Survivor launches on PS5, Xbox Series X/S, and PC on March 17.