Like the movies and TV shows, the quality of Star Wars video games varies hugely. There are certified classics like Knights of the Old Republic, Dark Forces, X-Wing vs. TIE Fighter, and Battlefront—but plenty of forgettable, low quality bantha fodder too. That's what happens when a galactically popular series like this spawns over a hundred (and counting) spin-off games: they can't all be good. But one thing I'd never accuse Star Wars games of being is boring. People have been making these things since the 1980s, and in that time George Lucas's galaxy far, far away has been spun into some pretty wild and surprising stuff.

In the late '90s, LucasArts offshoot Lucas Learning made some truly unique Star Wars games in the name of edutainment. Star Wars: DroidWorks (1998) is a clever, charming game about plugging together different droid parts to create your own custom Star Wars robots. There are almost 100 bits and pieces to choose from, letting you create all manner of strange-looking droids. Then you can take control of them and use them to solve vaguely educational puzzles.

Star Wars Episode I: The Gungan Frontier (1999) is another original take on Star Wars by Lucas Learning. In this ecology simulator, Gungan leader Boss Nass asks you to seed one of Naboo's moons with life. You plant flora and release fauna in order to create a food chain, which you then have to manage to create a balanced ecosystem. It's a brilliant idea for a game, and a refreshing one too when so many other Star Wars spin-off games are about killing stormtroopers. 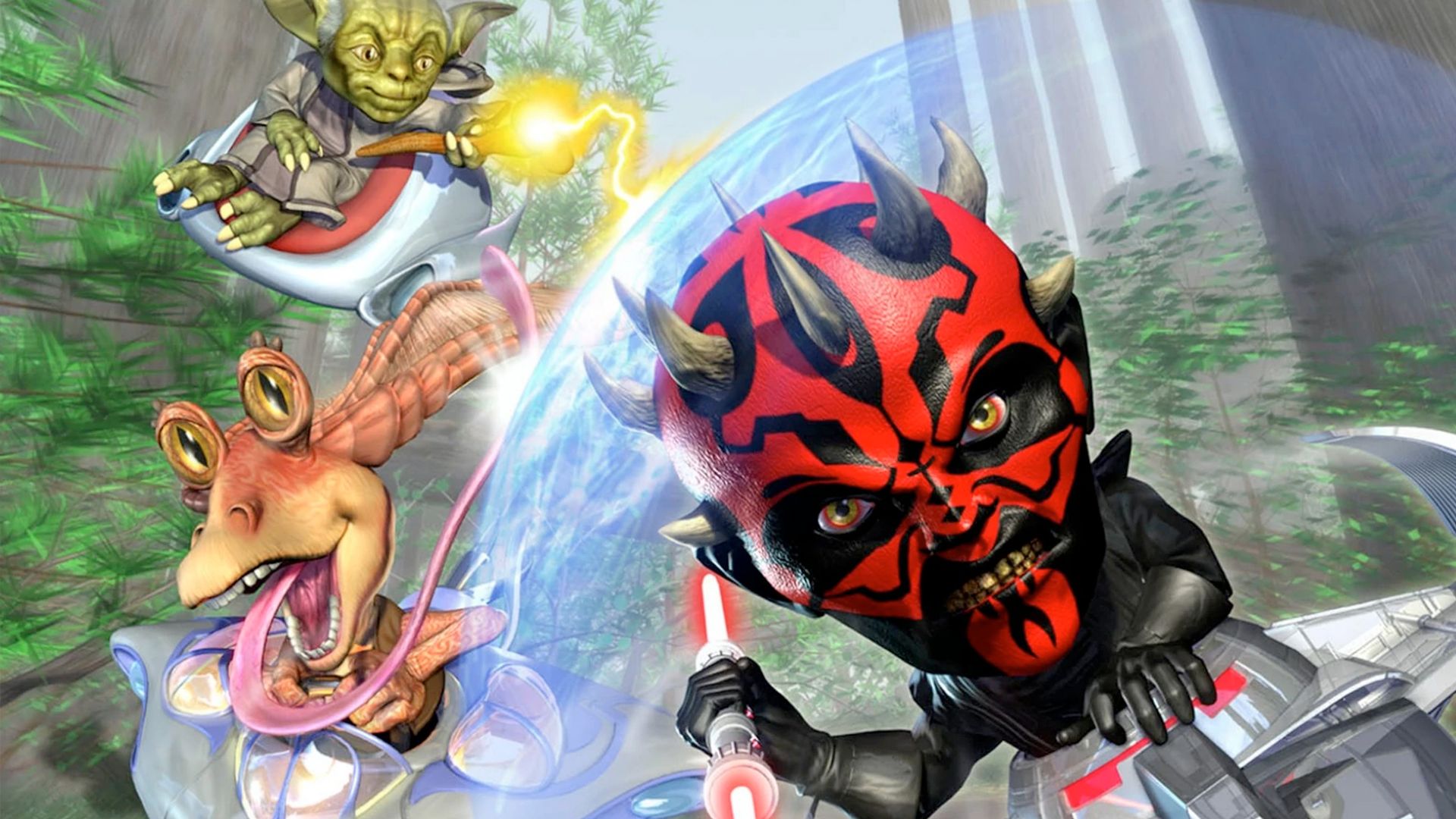 The prolific Lucas Learning also developed Star Wars: Pit Droids (1999), a puzzler starring those cutesy droids from the prequels that recently made a comeback in The Mandalorian. There are 300 puzzles in the game, which involve guiding a Lemmings-style stream of pit droids through obstacle-strewn mazes. The idea is that Watto, that jerk from Episode I, bought too many of them and your puzzle-solving efforts are to stop them from running rampant on Tatooine.

Star Wars: Super Bombad Racing (2001) was the inevitable Star Wars kart racer, featuring cartoonish, big-headed depictions of characters from the prequel movies. Anakin flies around in a tiny N-1 starfighter, while Queen Amidala pilots a scaled-down version of her shiny Naboo Royal Starship. There are worse kart racers out there, and the upbeat, jazzy reimaginings of John Williams' score (check out this unhinged version of Duel of the Fates) are pretty funny.

Star Wars: Yoda Stories (1997) is one of the weirder Star Wars games developed by LucasArts. Part of a series called Desktop Adventures, which also included an Indiana Jones game, it's played in a window on your PC's desktop. Playing as Luke Skywalker, you explore randomised maps based on familiar Star Wars planets, collecting items to complete quests. It's deeply simplistic and quite boring, but there's something likeable about it and its cute lil chibi characters. 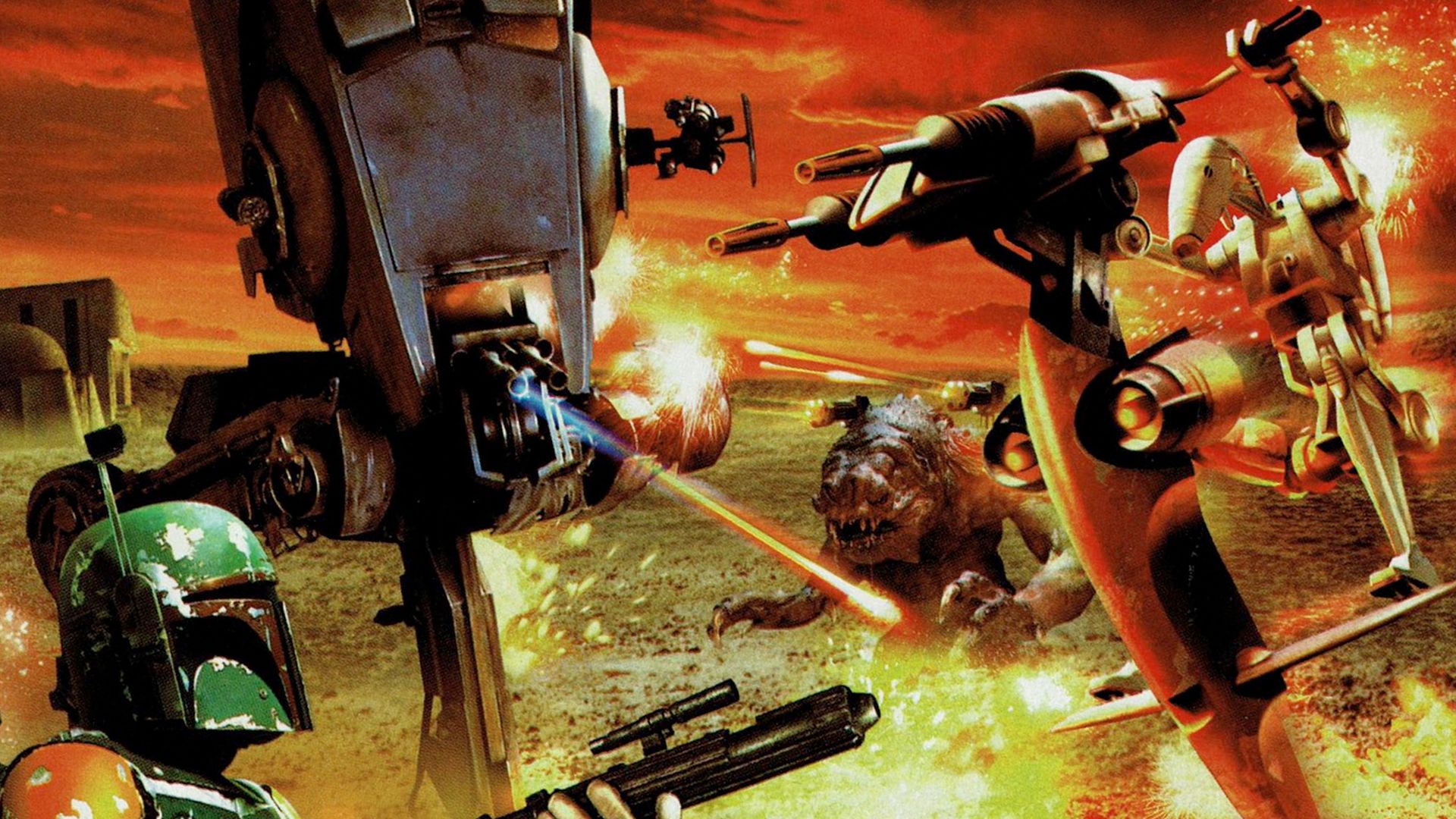 Star Wars also dipped its toes into vehicle combat—a once popular genre that the world seems to have forgotten about. Star Wars: Demolition (2000) was developed by Luxoflux (of True Crime: Streets of LA fame) and involves a selection of Star Wars vehicles—AT-STs, podracers, landspeeders, swoop bikes, and so on—clashing in battle. It's far from a classic, and the controls stink, but if you like the idea of Twisted Metal in Star Wars cosplay it might be worth a brief glance.

There was a Star Wars beat-'em-up too, amazingly. Star Wars: Masters of Teräs Käsi (1997) was developed by LucasArts and answers the most pressing Star Wars question of all: what if Chewbacca and Han Solo started beating each other up? This is basically Tekken with Star Wars characters, but nowhere near as good. Still, there's comic value in seeing beloved characters fighting each other, and the mocap animation—which Industrial Light & Magic helped with—is decent.

Star Wars: Rebellion (1998) is a strategy game developed by Coolhand Interactive which takes inspiration from the 4X genre. It features a huge selection of recruitable hero characters from the movies and the Expanded Universe—or 'Legends' as it's called now, I guess. As you explore, spy, and negotiate your way around the galaxy, you create your own new Star Wars stories starring legends like Han Solo, Wedge Antilles, Darth Vader, and Admiral Thrawn. 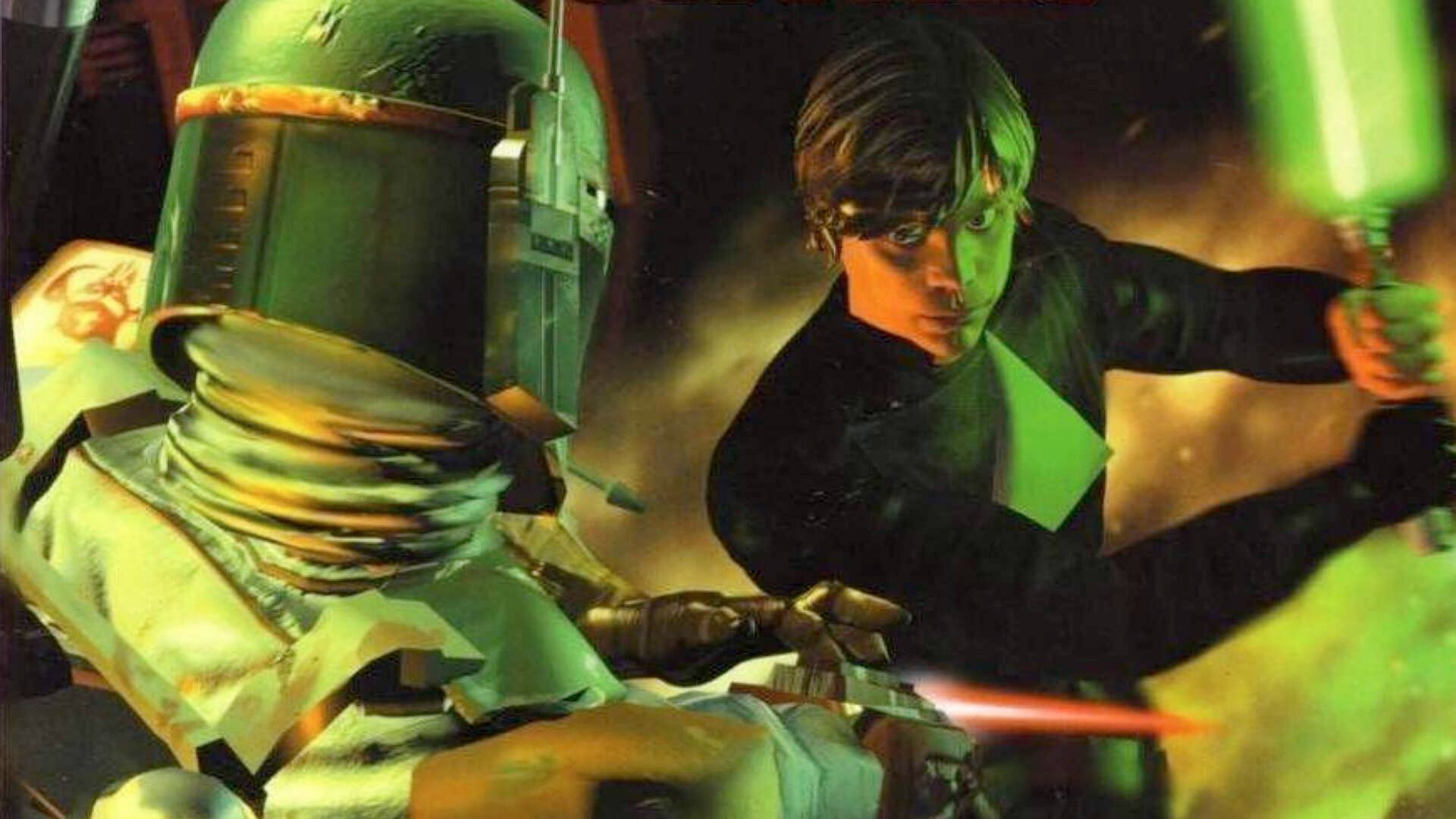 If that sounds too exciting, how about Star Wars Chess (1993)? Developed by Software Toolworks, this is exactly what it sounds like. It's built on the bones of popular chess simulator Chessmaster 3000, so it's a good enough chess game—but with Star Wars characters as the pieces and animated battle scenes. The best thing about Star Wars Chess is the opening crawl, which explains that the Empire and Rebellion are now friends and settle their differences playing chess.

Star Wars games used to be so interesting. Alas, those days are long gone. No one's going to take a risk on something offbeat like The Gungan Frontier or Rebellion today. It's Jedi all the way, because that's the safest bet. I wondered if Disney acquiring and reviving LucasArts would herald a return to the glory days of varied, unusual Star Wars games, but I've yet to see any evidence. It's tragic to even think about, but we may never get to see a Super Bombad Racing 2.