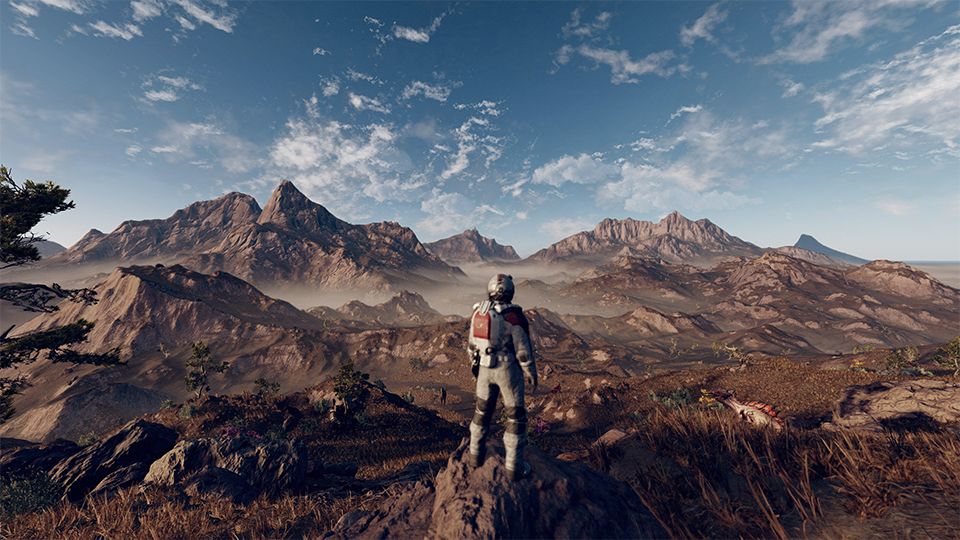 Microsoft has finally explained exactly what Xbox exclusive Starfield is and it looks like a cross between Mass Effect and Skyrim.

Near the start of the Xbox & Bethesda Showcase on Sunday, Microsoft teased that they would be unveiling the ‘most anticipated open world role-playing game of the last 20 years.’ They didn’t mention The Elder Scrolls 6 at all though, and it later transpired they were actually talking about Bethesda’s other new game, Starfield.

Although it was originally due out this year, until it got delayed into the first half of 2023, Bethesda has never explained exactly what the game is, and yet according to them it’s the most anticipated title in Xbox history.

There was no need for such hyperbole though because while it turned out to be, as most people expected, Skyrim in space the space exploration elements, and sheer scale of the game, made it the most exciting game of the show.

There are a lot of very obvious influences behind Starfield, including previous Bethesda games such as Skyrim and Fallout 4 and the likes of Mass Effect and Elite. It’s also clear that movies such as Interstellar and Prometheus have been key points of reference, in terms of the visual design and tone.

The first bit of gameplay footage they showed off was easily the least interesting though, as while the initial landing on an alien planet looked intriguing, with weird alien trilobites and space scorpions, it then devolved into a worryingly generic first person shooter, complete with very ordinary looking assault rifles and shotguns and a lockpicking mini-game.

It’s clear that the core gameplay works very similarly to Fallout 4, the most recent offline game from Bethesda Game Studios, in terms of the movement, combat, skills and upgrades, weapon modding, and the ability to build and customise your own outposts.

Mechanically speaking, none of that stuff has ever been Bethesda’s strong suit and it’s hard to tell how much things have improved for Starfield, but as soon as the footage started to delve into the exploration elements it all started to get a lot more interesting.

The implication was that while many planets have life, humankind hasn’t yet come into contact with intelligent life, and yet there was a lot of talk about ‘artefacts’ that create ‘visions’ and that seems likely to be the main thrust of the plot, at least at first.

What also looked interesting was the ability to build and customise your own spacecraft out of parts and then engage in space combat via a third or first person view. You can also choose crew members and decide what roles they play, on both the ship or one of your bases.

Although it’s still not top tier, at long last Bethesda seems to have decent facial animation for its characters but the most impressive technical feat was that you can go anywhere you like on a planet, and not just a single city or area of interest.

That becomes properly impressive once you consider the fact that there are over 1,000 planets in total, spread across 100 star systems.

Overall, it was a good first impression and as an Xbox Series X/S and PC exclusive it looks set to become one of Microsoft’s most important releases of recent years – just maybe not of the last two decades.