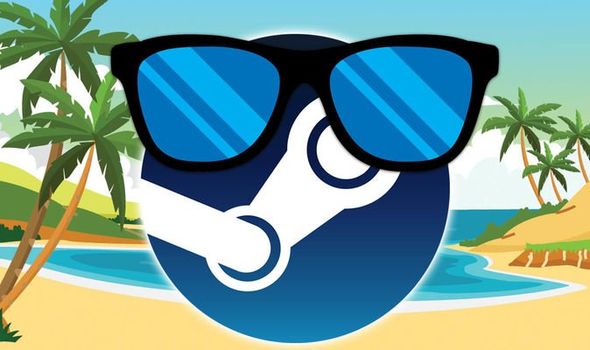 Steam fans will soon be able to pick up some money saving deals in the Steam summer sale 2019.

The Steam summer sale 2019 is expected to start shortly, according to the reliable whenisthenextsteamsale.com.

The site has become an invaluable resource to Steam fans as Valve typically don’t reveal the dates for their upcoming Steam sales.

Whenisthenextsteamsale.com base their predictions on start dates of previous Steam sales as well as news from multiple sources, among other things.

And they anticipate the Steam summer sale 2019 will start on Tuesday June 25 at 6pm BST.

This prediction hasn’t been confirmed by whenisthenextsteamsale.com so it’s by no means guaranteed it will happen then.

But the site does have an enviable track record for predicting the start of upcoming Steam sales.

“Based on data from the last few years, the upcoming sale dates are predicted.

“These predictions are a combination of the following factors: Dates and months in which a sales started, which day of the week a sale usually starts, how long a sale usually lasts, what dates/events a sale generally hits, times are based on the East Pacific time zone.

“Furthermore the dates are updated every now and then when there is more information in recent news.

“As you can see there are multiple sources to find out when a sale will most likely start.”

The fan-based site also warned that when a rumoured start date isn’t confirmed by them it can “deviate a few days”.

It remains to be seen what titles get included during the Steam summer sale 2019.

During the last Steam summer sale, major games such as PUBG, Ni No Kuni 2, Fallout 4, Dead Cels and Assetto Corsa were all discounted.

The Steam summer sale 2019 will come after Steam most recently held their Spring Cleaning event in May.

Instead of offering sale deals on top PC games, the Steam events offered rewards for playing through games already in a user’s library.

Steam users were given daily tasks with badges and trophies on offer to players.

• Stay tuned to Express.co.uk for more updates on the Steam summer sale 2019