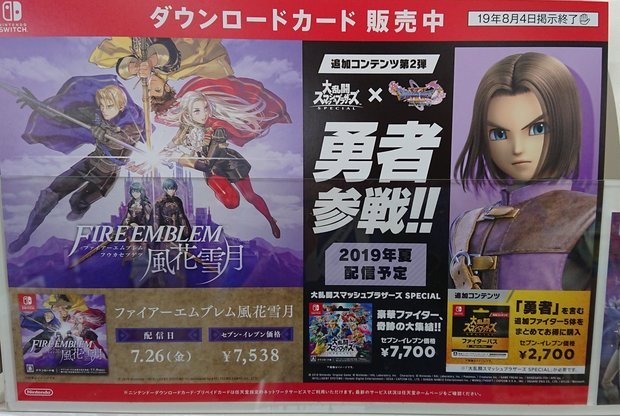 Ironically the day that Smash headline’s Evo. Put 2 and 2 together and fans seem even more certain that Hero will be showcased at the upcoming esports event.

For those of you who want to know more about EVO, here it is, via the official EVO website:

‘The Evolution Championship Series (Evo for short) represents the largest and longest-running fighting game tournaments in the world.’

Running from the 2nd of August to the 4th of August, EVO is primarily powered by PS4 games as eight of the nine games attending will be playable on PlayStation. This has some people wondering whether Nintendo might make a big move at the event in an attempt to steal the limelight from Sony.

Hero’s arrival is greatly anticipated and where better to make the announcement than during a huge eSports tournament?

The first Smash Ultimate DLC character, Joker from Persona 5, was announced at The Game Awards 2018 with an entirely unexpected reveal trailer. 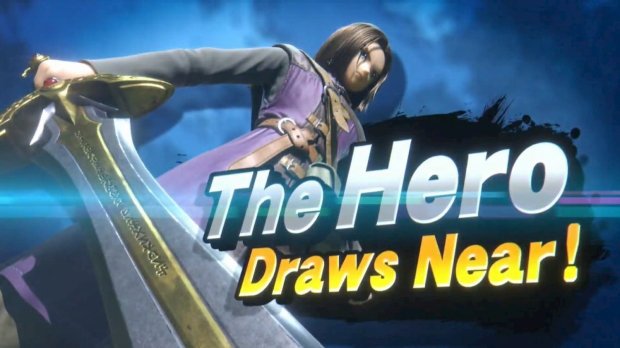 However, guessing exactly how and when the Smash Ultimate team will market their new content is far from easy. Even though everyone is speculating about upcoming DLC all the time, Nintendo consistently surprise us!

All we can know for certain is that new DLC fighters are coming. Super Smash Bros. Ultimate is one of the bestselling games on the Nintendo Switch and, by April 2019, only four months after the release of the game, it had amassed over 13.81 million units sold. That’s a big incentive for Nintendo to keep supporting the title well.

For now, Hero still has a release window of Summer 2019, with the following DLC fighter, Banjo-Kazooie, listed for a Fall 2019 release. It’s not long until EVO now though, so here’s hoping we all get our hands on Hero soon!

For all Smash Bros Ultimate DLC news and leaks as they happen, stay tuned to Daily Star Gaming.