You'll get this version of Chapter 2 of Tactics Ogre: Reborn if you decided to go along with the duke's plan at the end of the first chapter. Things start heating up on the Walister front and internal strife starts to complicate things.

You get quite a few new toys to play with in this chapter, including an optional dungeon, crafting, and some advanced classes. Unfortunately, the enemies get new toys too, and you'll be up against new monsters and nasty bosses.

If you're looking for the Chaos route's walkthrough, check here instead! 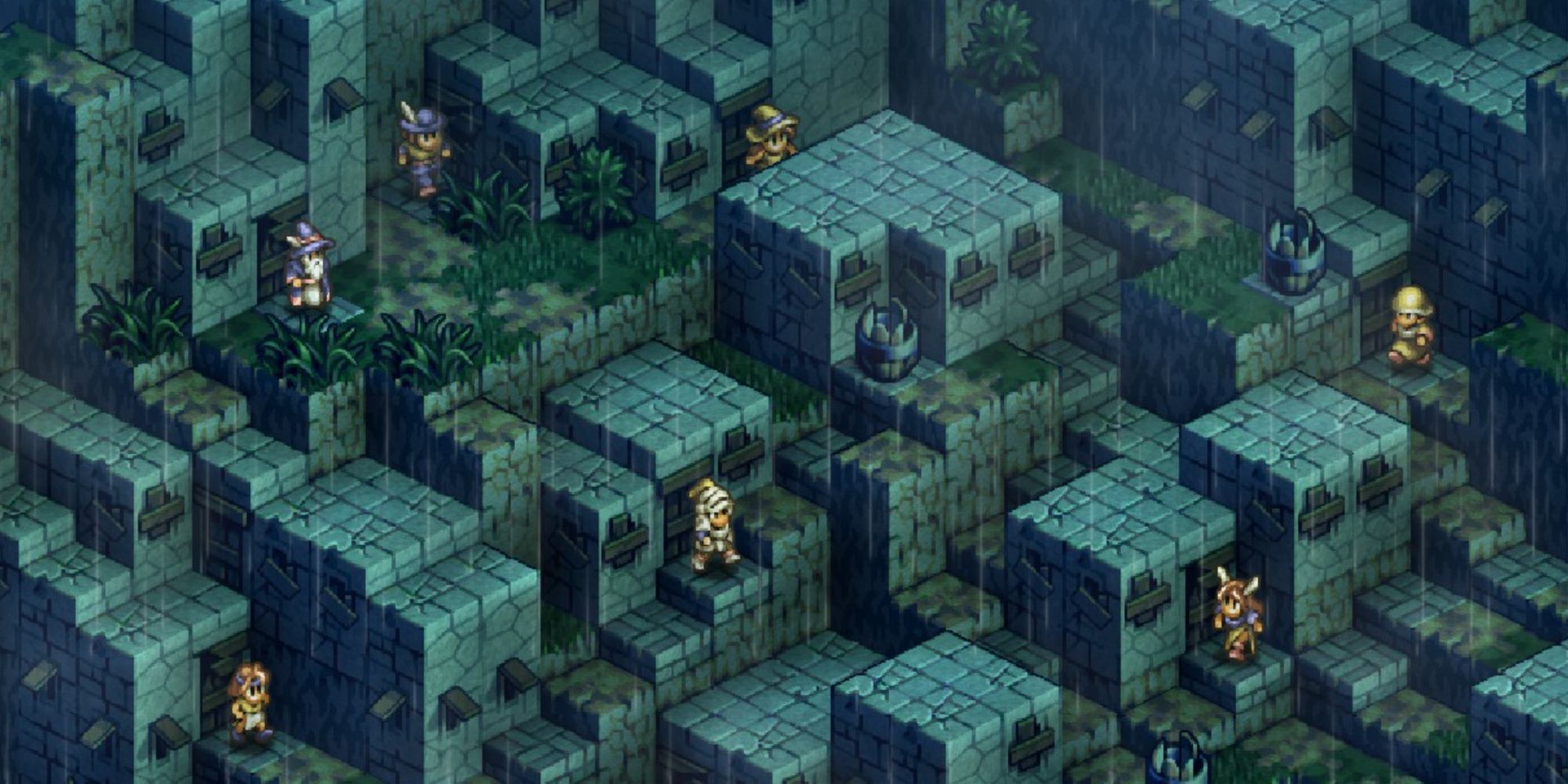 Chapter 2 thrusts you directly into a fight. Luckily, it's an easy one.

On completion, you'll be kicked to the world map with only one route to explore. You might want to take this time to Train up a bit – your Union Level is now Lv. 14, after all. Hold off on any large equipment purchases at the moment – the shop will upgrade very soon.

Head to the Xeod Moors for the next battle. 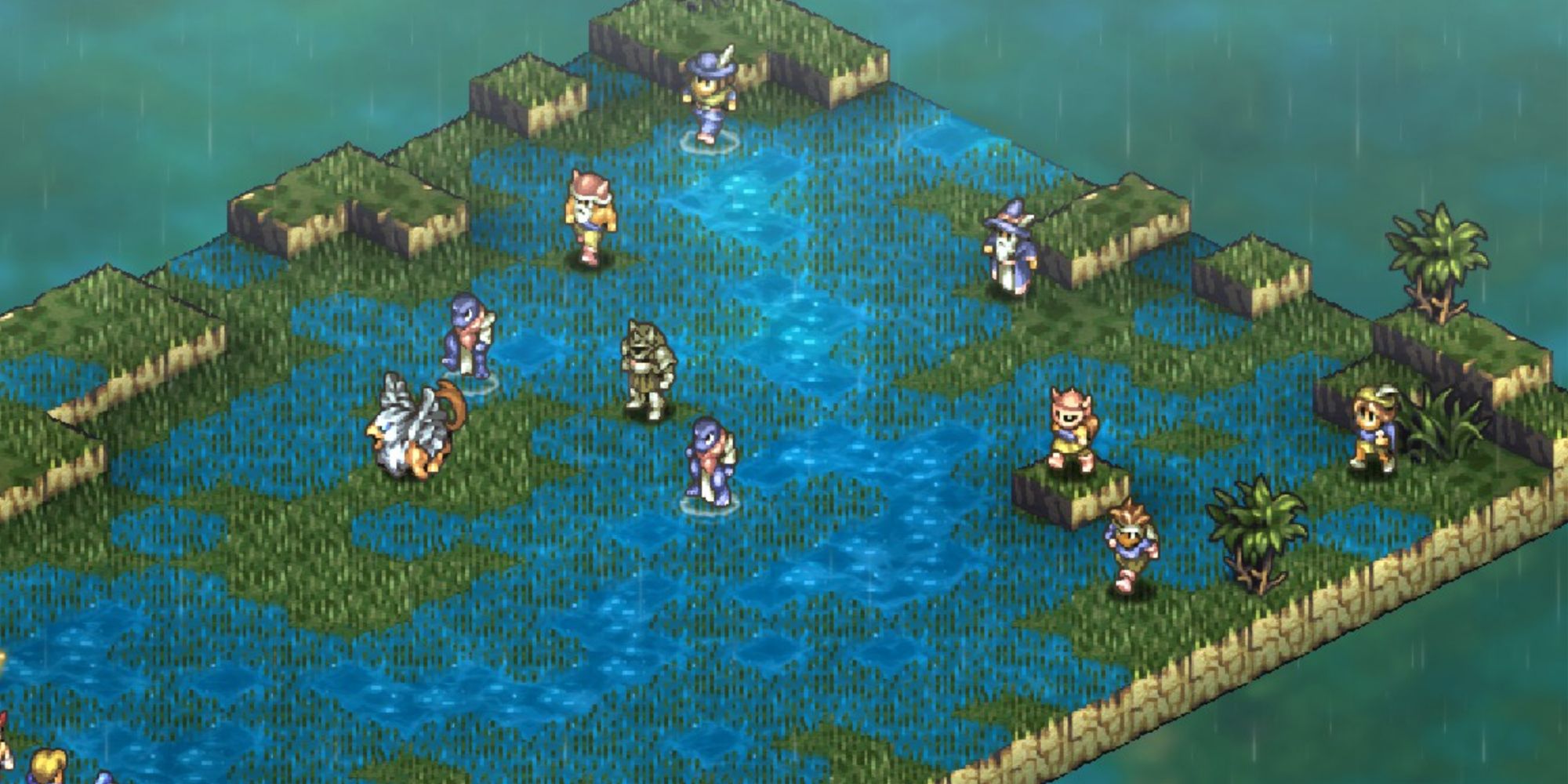 After a slew of pretty easy battles, this fight may serve as a bit of a wakeup call.

This fight is good at making you focus on threats before mopping up the rest. As long as you deal with the Gryphon and Warrior quickly, you shouldn't have too much trouble. Remember, you can always make a beeline for the Wizard once the main threats are dealt with.

The shop will upgrade after this battle. Notable upgrades include the Shamshir sword and the Bowgun crossbow. Additionally, you can now buy Classmarks for the Knight, Terror Knight, Berserker, and Beast Tamer classes. The first three make for good alternatives for Denam, and having a Beast Tamer around is a good idea too – they can recruit monsters and dragons, which make for fantastic allies.

In addition, you'll unlock Crafting and can start buying recipes. Crafted weapons and armor are almost always the best options for the majority of the game, so you should be prioritizing these for your heaviest hitters and frontline units. 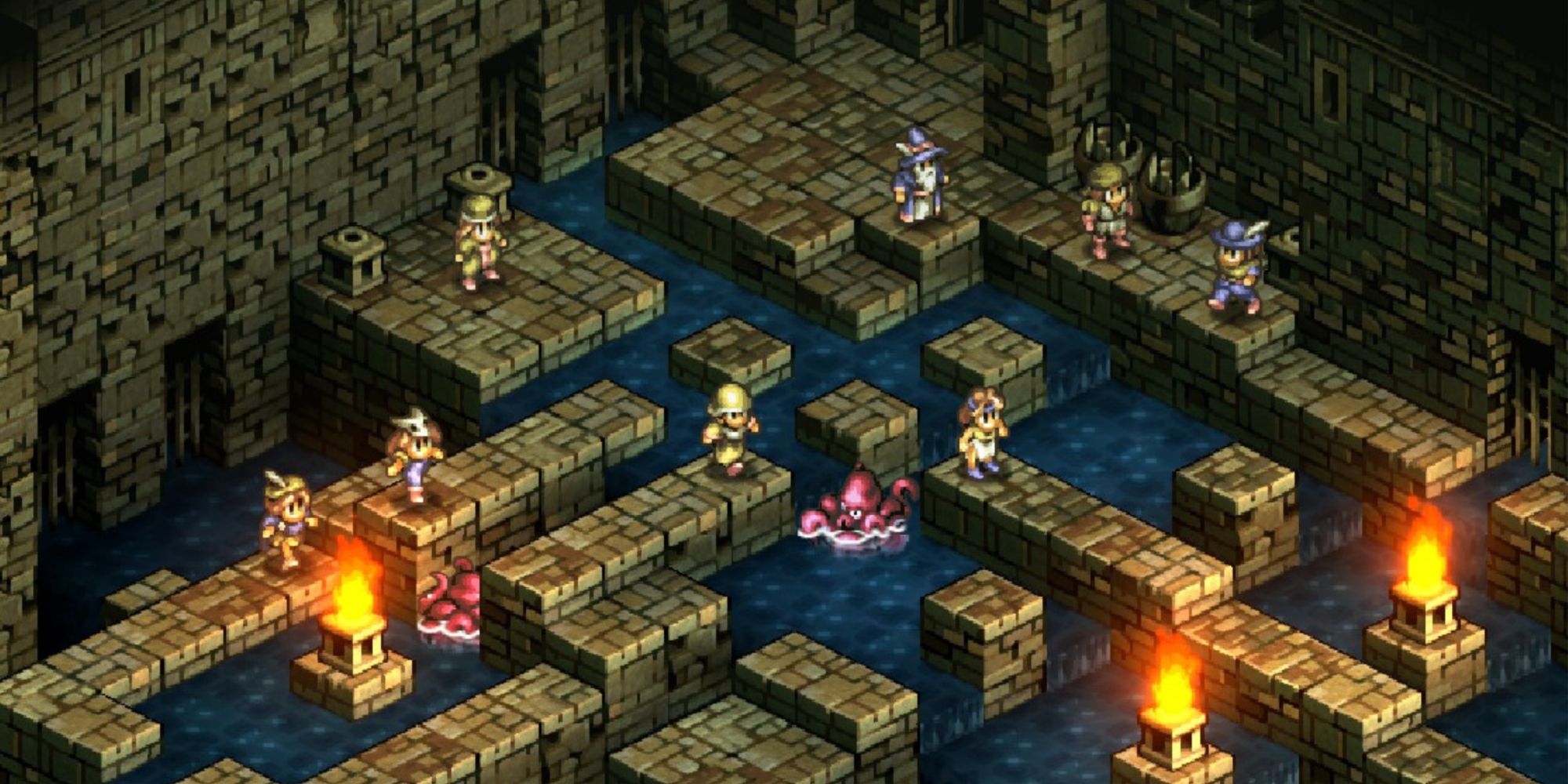 This fight can be quite tricky – you're dealing with rough platforming and bulky, powerful Octopuses.