Vyce is a complicated character. In two of the game's routes he's outright antagonistic, but on the Lawful route he becomes one of Denam's steadfast allies and a really fantastic combatant. He comes with the unique Ranger class, a class no other Tactics Ogre: Reborn character can use.

With fantastic supportive and offensive options to use, Vyce can be built in multiple ways. We've got some pretty effective suggestions for you! 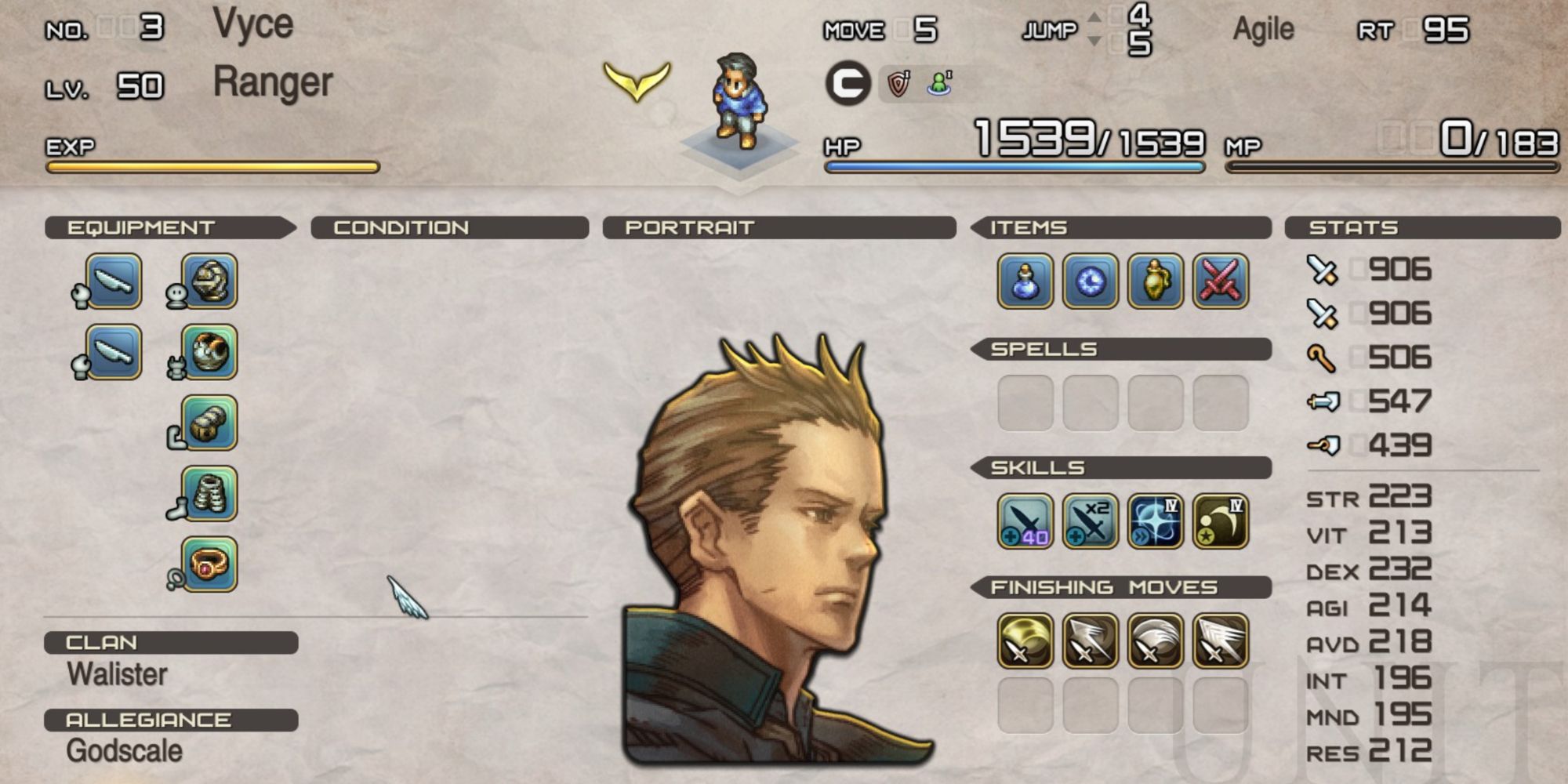 This build takes advantage of two things: the Lobber skill's incredible versatility and how useful daggers can be.

This build will turn Vyce into a very reliable support unit that can also pump out incredible damage numbers.

The strategy for this build is to keep Vyce in the midline. Bring him forward to finish off enemies when he can, preferably keeping him back a little and using Heart Crusher, and use him to rescue near-death units and debuff bosses.

This build turns Vyce into one of the best units for rescuing guest units in battles where they seem to have a death wish. Bring him along to battles where you have to keep the likes of Azelstan and Ocionne. With the World Tarot enabled, he can also help a ton with saving Bayin, Cerya, and the trio of Phaesta, Tamuz, and Chamos in their respective routes. 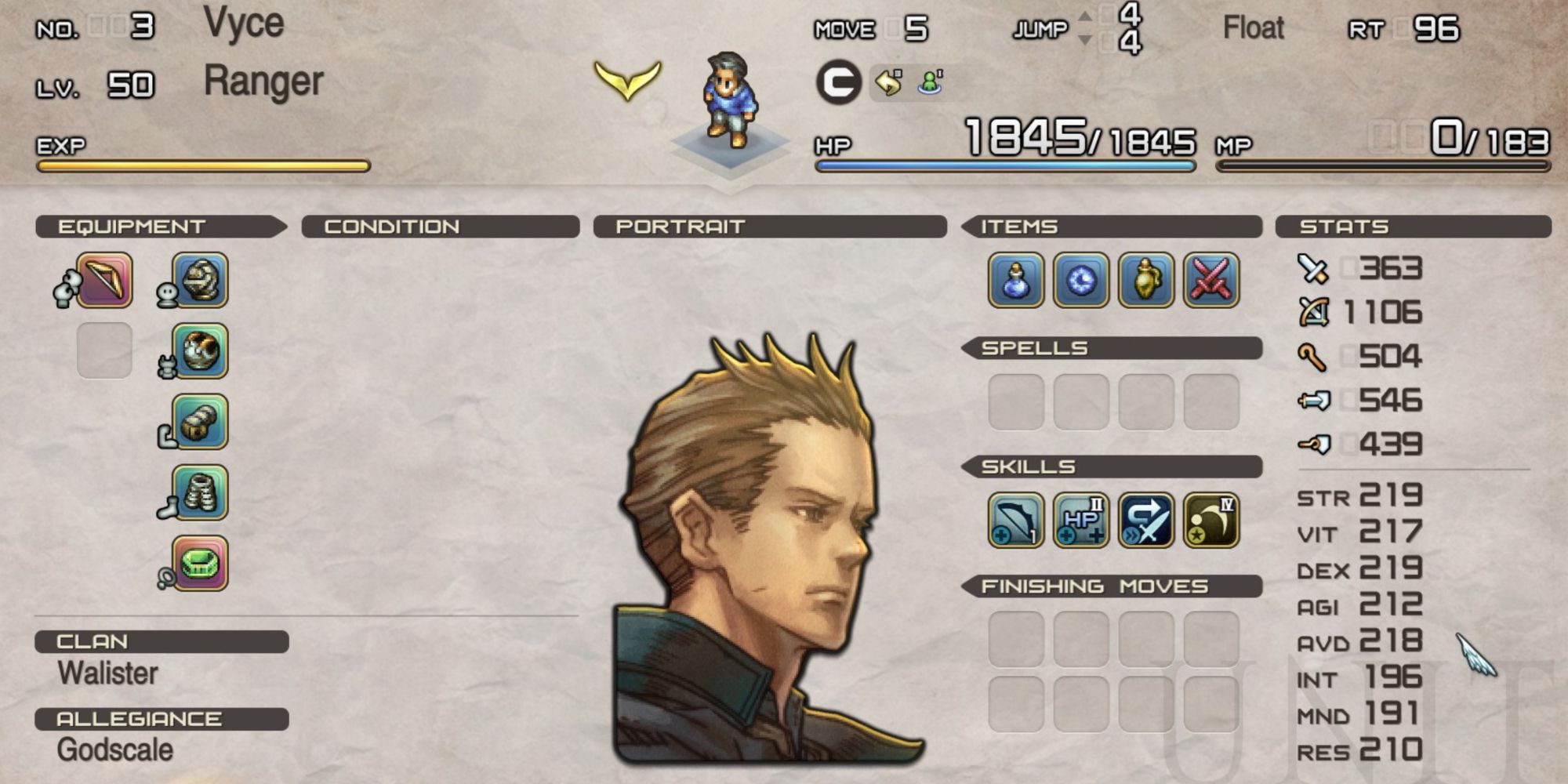 This build is meant as a slight adjustment to let Vyce be as helpful as he usually is on maps that don't really work well with melee-focused characters. If you have a nasty height disadvantage or your team starts out significantly far away from the enemies, this might be the way to go.

The Ranger class isn't really geared toward ranged weapons (ironically), but it can still make do.

This build plays quite simply – keep Vyce out of enemy range but close enough to pick weakened foes off. He should also be in range of your allies, in case his Lobber skill is required. 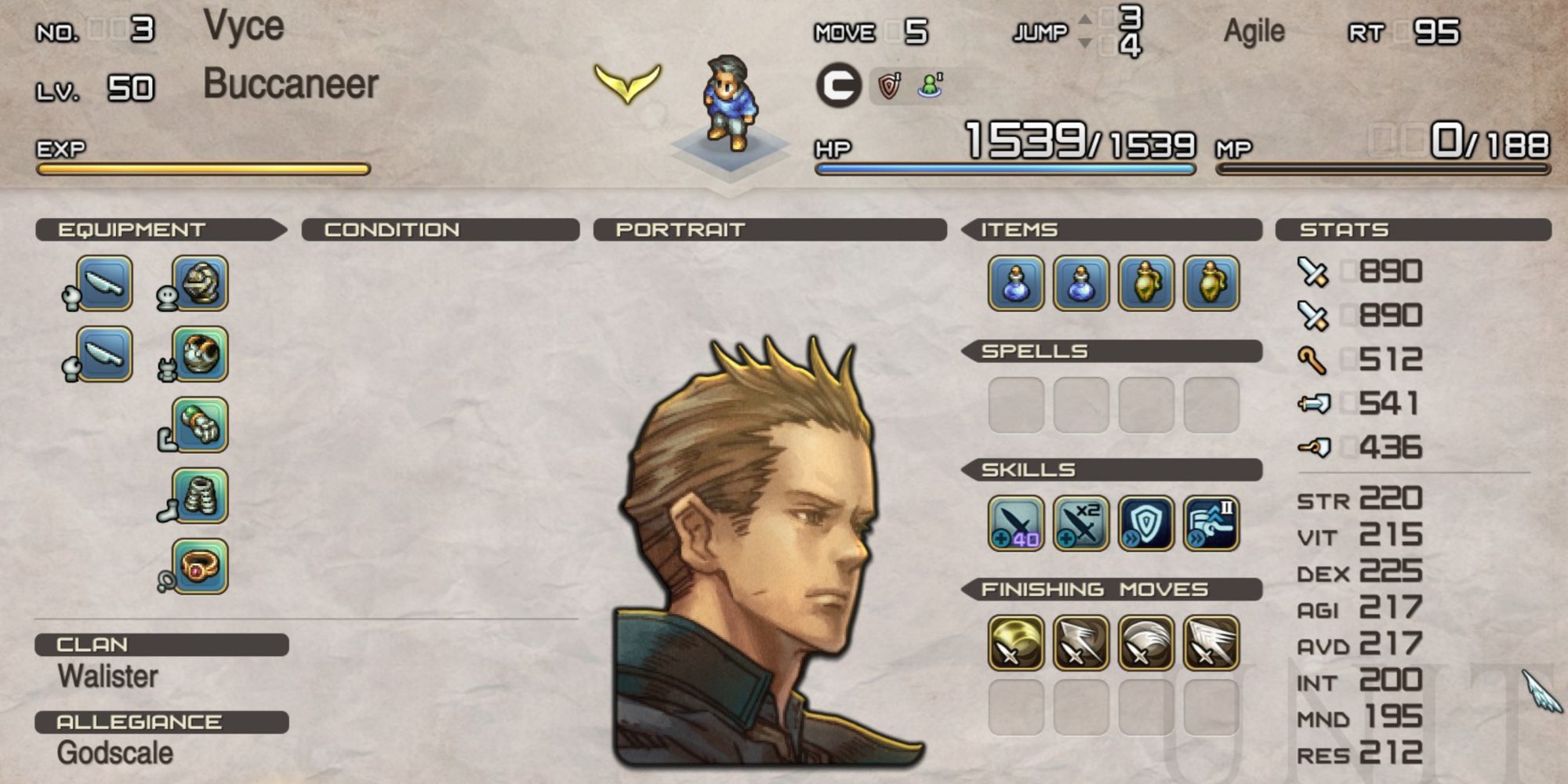 Vyce also gets access to the Buccaneer build once you recruit Azelstan, and this lets him adopt a more aggressive frontline build.

Vyce makes for a great frontline with this build, especially if you can load him up with auto-skill and physical damage buff cards.