The Game Awards are around the corner, and you know what that means: spending roughly eight minutes giving out awards and three hours showing off trailers for games that won’t come out for at least two years. If there’s one thing I love seeing while honoring the greats in this industry, it’s a trailer for a mobile spin-off of another mobile game whose entire inspiration is Game of Thrones.

That said, The Game Awards does dedicate a sliver of time to honoring creators in the gaming industry. And the categories make sense. Game of the Year? Obviously. Best Narrative? You got it. Best esports team? Let’s give it to the one with the fewest players to use a racial slur in a match.

All normal categories. But there is one that I wish they’d add: Best Remaster or Remake. And the Teenage Mutant Ninja Turtles: Cowabunga Collection deserves to win it. As well as Game of the Year. As well as Best Esports team. As far as I can tell, zero racial slurs in the collection. 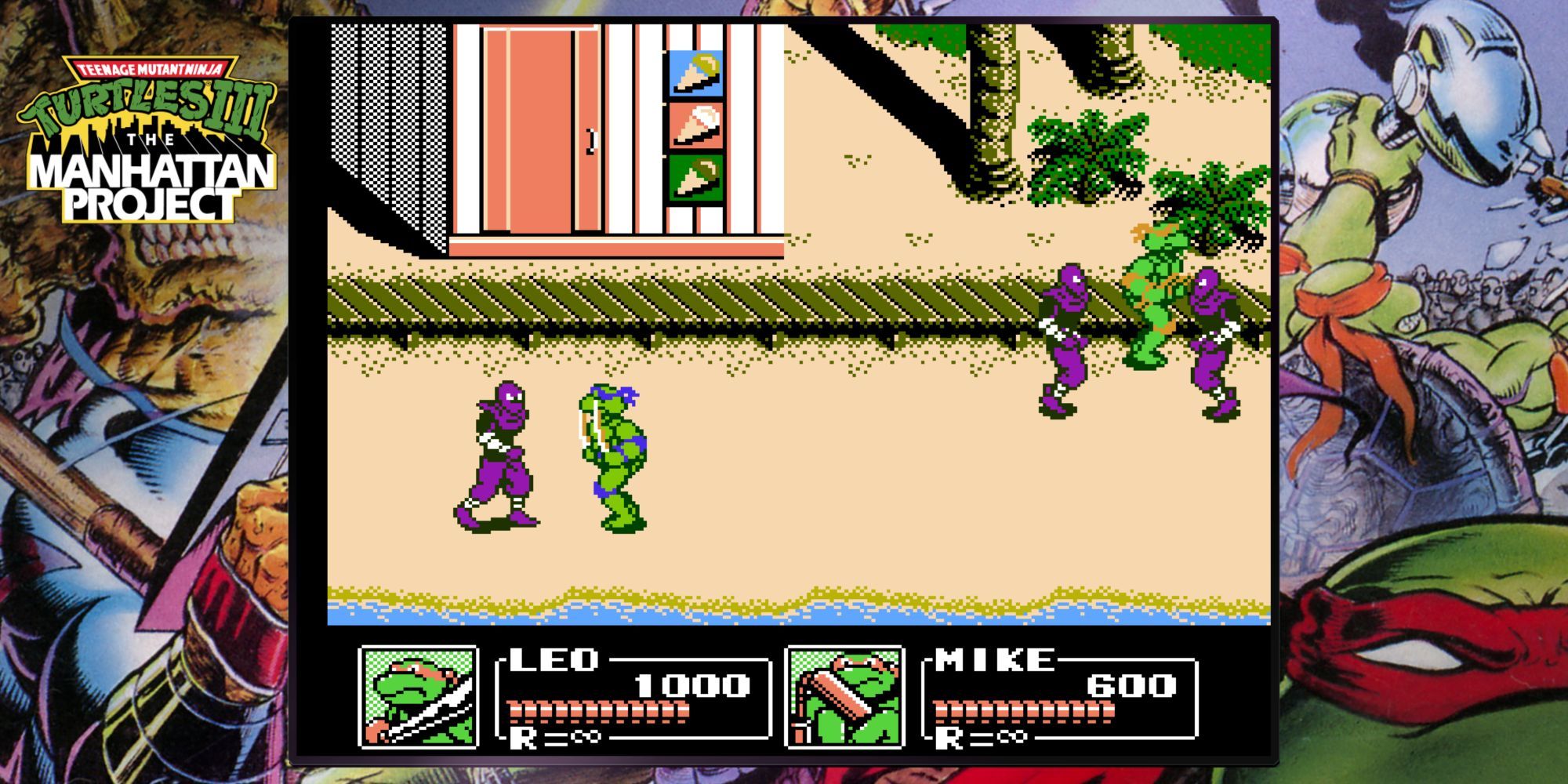 Let me back up. The Tonys have two awards for Best Revival. One for musicals, one for plays that are supposed to be good for you but just turn out to be about rich people’s trauma. In theatre, this makes sense. Plays of both the musical and homework variety are usually meant to be produced more than once. Those who excel in these revivals should be rewarded, whether because they brought back an old, lost energy, or found a new, annoying one.

Game companies that do the same should also be rewarded. And those that don’t must be punished. Not really. But it’d be fun.

I know, I know, video game remakes and remasters are often unpopular. They changed the texture on a building in The Last of Us and now you can’t sleep at night. I get it.

But if we want better remasters and remakes, we have to acknowledge them when they’re good. If we want to celebrate old games, we should celebrate the people who give enough of a shit to make them accessible for fans who don’t want to join the MiSTer movement. I love emulating games like the rest of you, but I don’t always need to spend three hours perfecting the pixel stuttering in a game I’ll play for five minutes. Sometimes I do! Usually I don’t.

The Teenage Mutant Ninja Turtle: Cowabunga Collection is exactly the type of game that deserves to be recognized – not just because it contains great games (maybe half of them are ‘great’). Rather, it provides the games and, almost as importantly, the context of those games. We have complete HD scans of boxes and manuals and ads. Foreign versions are playable. And the usual crap like filters and borders and whatnot. 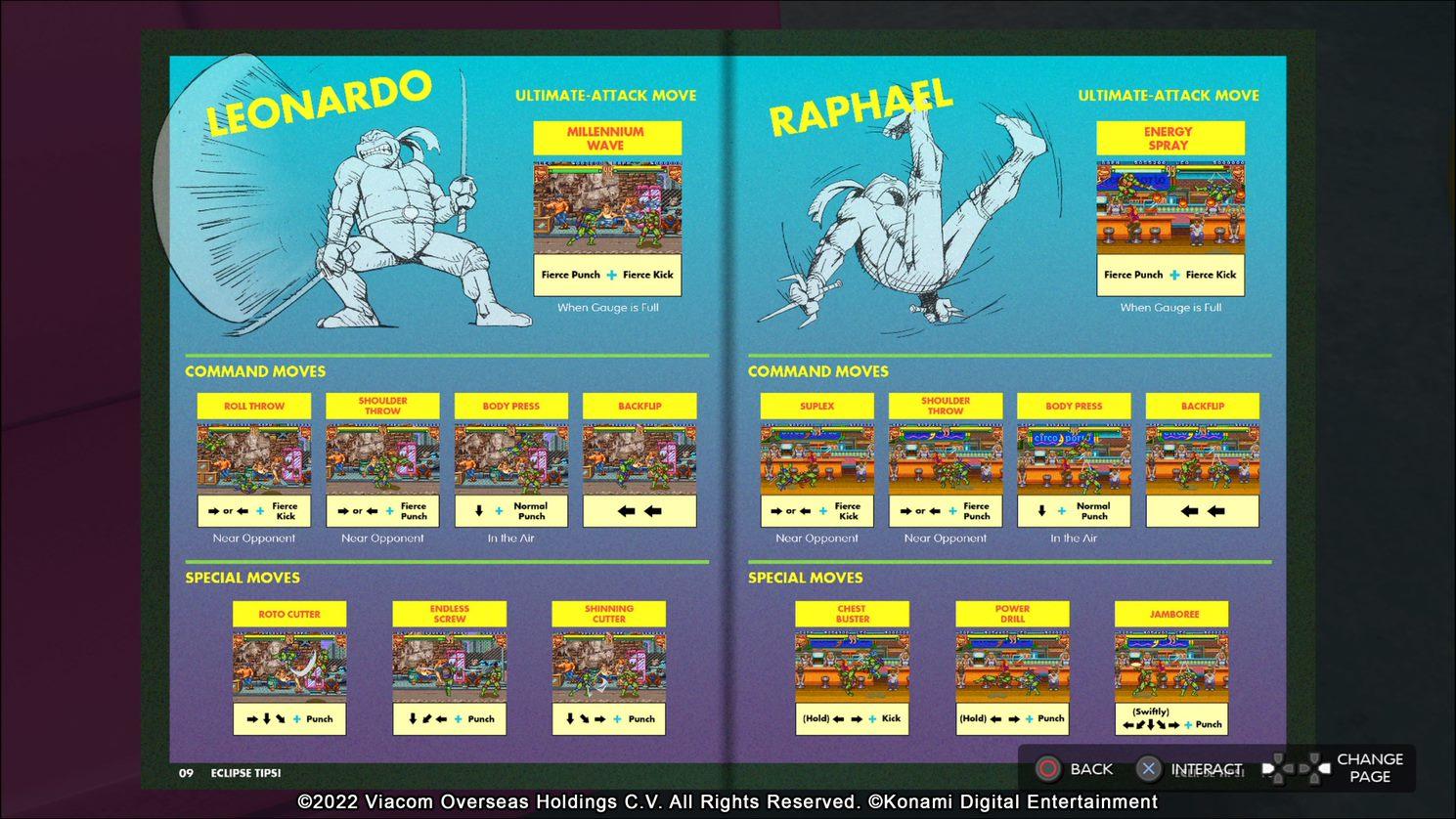 Also, this isn’t a review of the package itself. The input lag is slightly meh and the online play is limited. There you go. But as far as remasters go, at least it doesn’t break the entire experience like Silent Hill 2 in the HD Collection.

The Cowabunga Collection feels less like thirteen games being put in one box and more like thirteen games being celebrated and contextualized for new and old audiences. For old fans, it’s a trip down memory lane to back when your parents loved each other and your father was alive. For new fans, you can learn how to fucking play some of these games rather than guess based on loose instructions tacked to a loading screen.

Like art direction or audio design, a good remaster or remake is a technical achievement. We need to celebrate the companies that do them right(ish) and embarrass the ones that do them wrong(er). We’re not always going to be happy with changes or a missing setting, but we can encourage port developers to improve by giving these releases more critical weight.

At the very least, we should be celebrating game history by rewarding those who make that same history more accessible. If we want better remasters and remakes, we need to elevate the companies that make them.

That sounds idiotic, but executives in suits love hooting and clapping their seal hands at ribbons they can put on a box.