I’m playing Temtem while I wait for Pokemon Scarlet & Violet. For the most part, that’s because Legends: Arceus was a great concept but isn’t very replayable and I’d rather crawl naked across a field of Ferrothorn than play Brilliant Diamond again. I spent longer with Sword & Shield’s competitive modes than most people, but even I have tailed off ranked at this point. So, a Pokemon-like it is.

I’m enjoying Temtem so far, much more than I did when I played in beta. I love watching other tamers’ Temtem follow them around, as it inspires me to level up and evolve my own party so I, too, can show off an awesome monster to strangers over the internet. I’m just cool like that. The battles are great too, offering far more strategy than any Pokemon game I’ve ever played (official ones, at least), engaging me and forcing me to think carefully about my moves in even the most basic matches.

It’s not all good, though. While the Dojo Masters (gym leaders) offer tough challenges, I’m finding there are always a row of four or five relatively easy tamers immediately before any storyline fight. While they’re not too hard to beat, the excessive cost of healing potions means that you’ll inevitably have to head back to the nearest town to restore your party once or twice, just to progress. That’s heading all the way back through a route, fending off untamed Temtem, healing, and coming all the way back, maybe doing that twice, just to artificially inflate the difficulty. 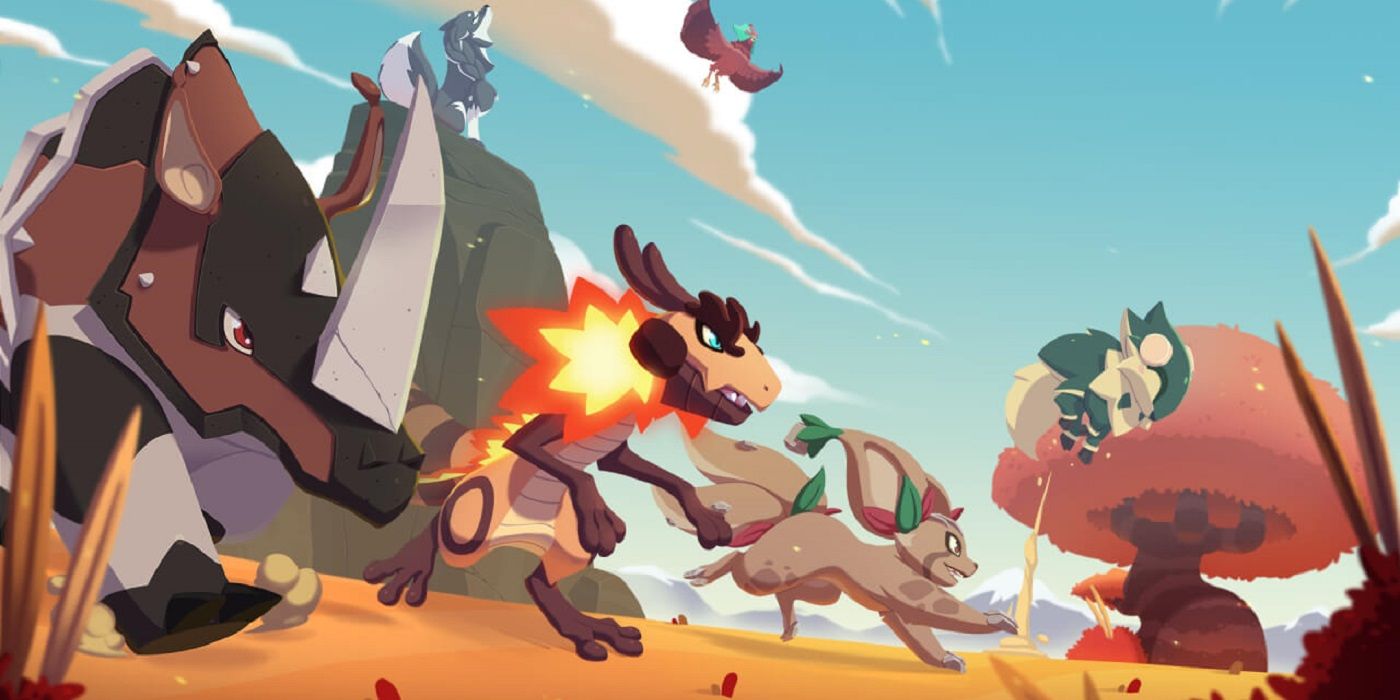 That’s not what I’m here to write about today, though. As you can probably tell from the headline, I’ve mostly been playing Temtem on my Steam Deck. Any of you well-versed in Ben Sledge lore or who filled my DMs with abusive messages will know that I don’t really like the Steam Deck. I went as far as to say it’s not fit for purpose. I stand by that, because its tiny battery life means I can’t rely on it lasting an entire journey to see my nan – in my eyes, that’s not a portable device. But Pokemon-likes need to be played handheld.

I’ve played a bit of Temtem on my PC, but it feels weird. I guess that’s the preferred option for those who’ve come to the game from other MMOs, but for Pokemon bois like me, I’m used to playing on a Switch. Before that, I played on a DS. Before that, a GameBoy Advance. You get the picture. It looks like Pokemon, it needs to be played handheld.

Temtem almost sold me on the Steam Deck. It’s so close to being perfect. The console is obviously more powerful than a Switch, and its large screen shows off Temtem’s lovely routes and, let’s say, unique, monster designs. It’s not that intensive a game either, so the battery life lasts a little longer than when I’m diving into The Witcher 3 or Cyberpunk 2077. Not that I do that often any more due to aforementioned battery issues. The load times are still a little long – I’m too used to the speedy SSDs in my PC and home consoles – but that doesn’t bother me too much. The only setback I have isn’t even to do with the Deck, it’s a Temtem issue. 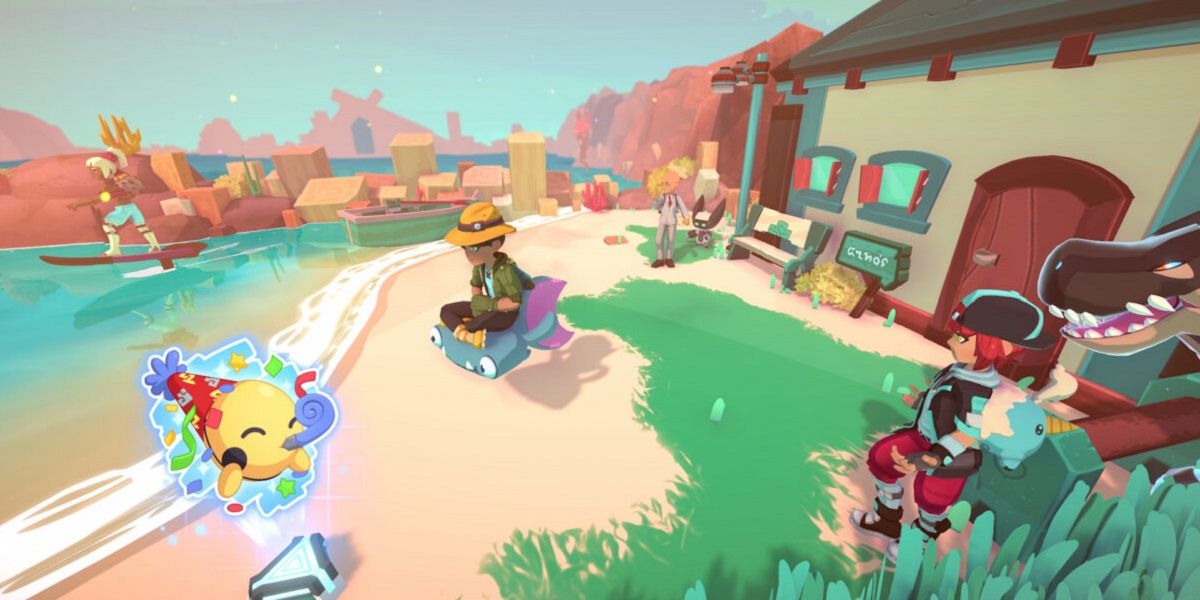 Being an MMO, you have to be connected to the Temtem servers in order to play. This obviously means you need an internet connection. That’s something I don’t usually have when, say, on a train journey, getting a bus into town, or settling in for a long drive. I don’t like wasting my phone’s limited data on creating a mobile hotspot, so I just can’t play Temtem on the go – and that’s a real shame.

My favourite memories of Pokemon are playing it on my Game Boy Advance on long car journeys. I could only move forward, battle, or read dialogue when the streetlights briefly illuminated the unbacklit screen, which led to me playing Pokemon Sapphire almost like a stop-motion game at some points. I’m assuming everyone else’s parents acted like the world would end if you turned on the tiny little lights inside the car, right? Please someone say yes so that I know I didn’t suffer alone.

There’s a point to that story, I promise you. Pokemon games, and Nintendo games on the whole, have always been a portable experience to me. And Temtem, despite not being a Nintendo game, has Nintendo energy. More specifically, it has Pokemon energy, for obvious reasons. The fact that I can’t get that portable Pokemon experience with Temtem is a little bit heartbreaking, and I feel a little hit of sadness every time I get my Steam Deck out on the train and have to scroll past it.