Rental teams revolutionised competitive Pokemon battling. While committed players could still breed perfect IVs and grind out precise EV spreads, they could also share those hard-earned teams with others through rental codes. This allowed time-poor trainers to simply input a code and use a powerful team in competitive battles. Some tournaments even allowed rental teams, albeit not official VGC competition.

Temtem has been one-upping Pokemon mechanics since it was released in early access. Battles are more tactical and interesting, its MMO mechanics entice me to push further on in a way that Pokemon can’t, and it’s so close to being perfect on the Steam Deck. This week’s 1.2 update introduces a second season of content, which mostly revolves around medieval-themed cosmetics and improvements to the game’s PvP battle systems.

While it’s very exciting that Temtem is launching its first official tournament and your battles can now be fought in new arenas, the real star of the show is Showdown Mode: an evolution of rental teams that takes competitive accessibility to another level. 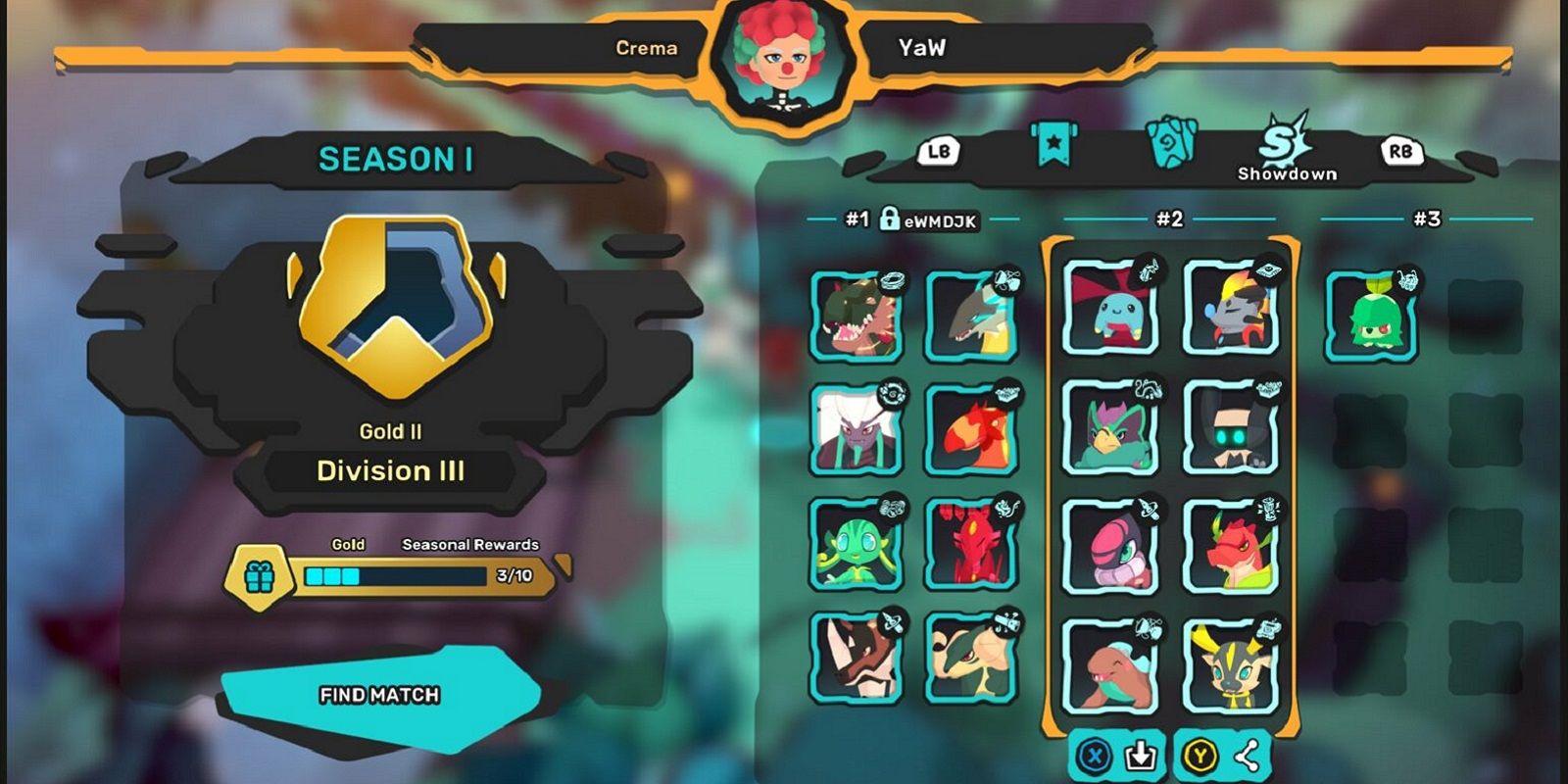 Firstly, you can access Showdown Mode without playing a single second of the campaign. You don’t need to tame a Temtem or even get your Temdeck before you can jump into battle, which shows the confidence that developer Crema has in its PvP battling and its commitment to making it accessible for all.

Then comes the actual teambuilding. You don’t need someone’s code to make your team – although that’s an option if you spot the perfect squad you want to try – you can instead pick and choose from any Temtem. Starters, Legendaries, meta monsters, you can choose any of them. Then, you can instantaneously train their SVs, TVs, (think IVs and EVs for Pokemon), moves, and traits in whatever way you want. It’s similar to the speed of the unofficial Pokemon battle simulators of the same name, Pokemon Showdown, and allows players to trial different combinations or sets with ease. 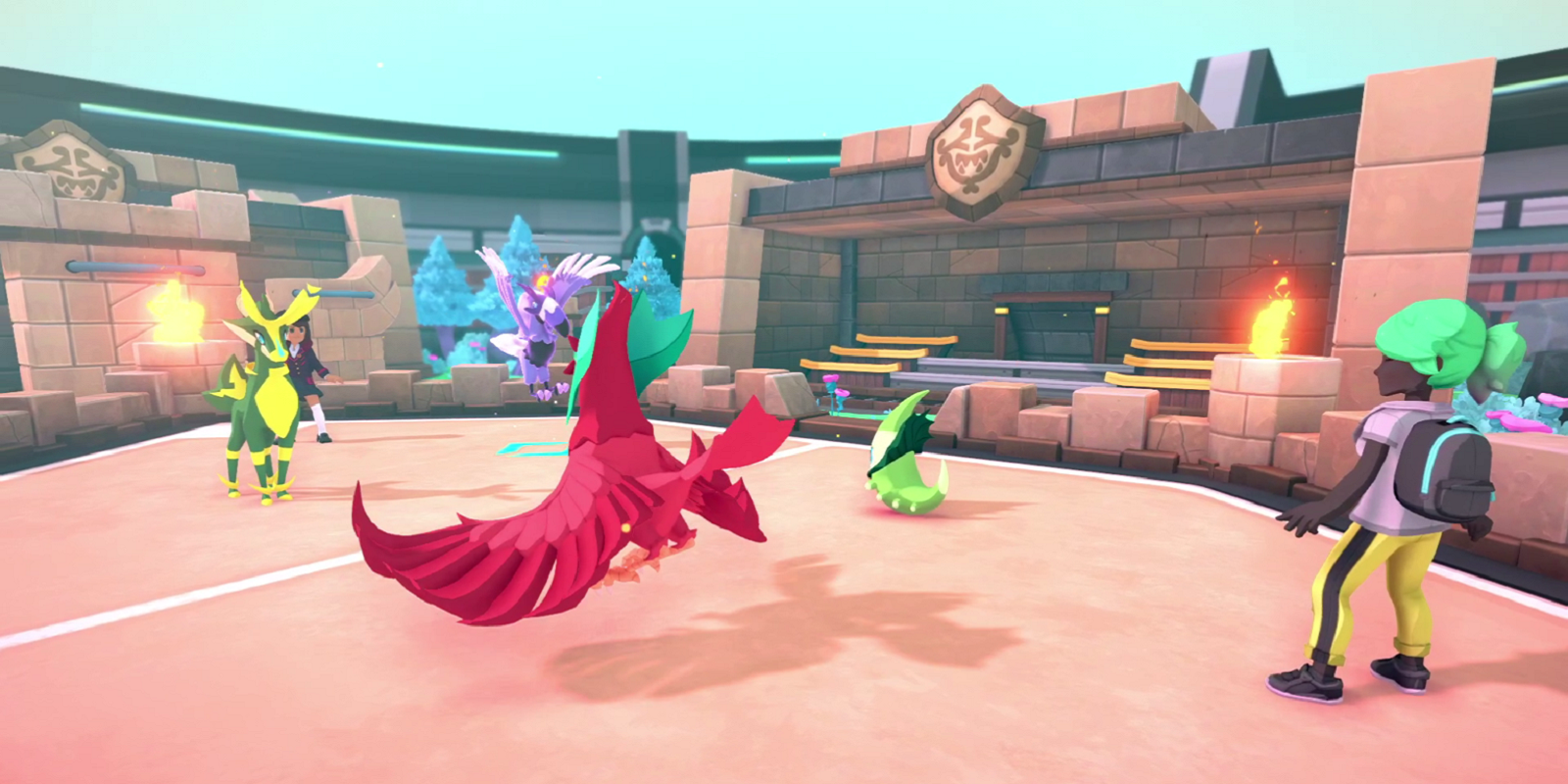 Your Showdown teams can be used in ranked proper, which gets tiers and rewards with this update, and there’s a slightly different Showdown code that can’t be shared which is used for tournaments. There’s no downside to it, Showdown is entirely for the players. After all, why does Pokemon force you to grind IVs and EVs? What’s the point? So players stay in the game that they’ve already paid for for another six hours? The grind to create a competitive team only serves as a barrier that stops more players from entering the competitive scene, a competitive scene that funnels players towards tournaments that essentially function as giant merchandising opportunities.

Once again, Temtem has improved on the Pokemon formula and proved itself as much more than your average monster catching clone. It’s taking inspiration from fangames and iterating on ideas that Pokemon has half-heartedly implemented over the course of the past decade. Temtem has to work twice as hard as Pokemon to be seen as half as good – just look at the increasingly positive fan reaction to the broken mess that was Scarlet & Violet – when in fact, it's always one step ahead.