They range from the basic Nefarious Trooper and lowly Space Pirate to mini-boss enemies such as the Nefarious Dropship. This list will rank the ten most powerful enemies in Ratchet & Clank: Rift Apart, with factors such as health, evasiveness, and attack power being taken into consideration. 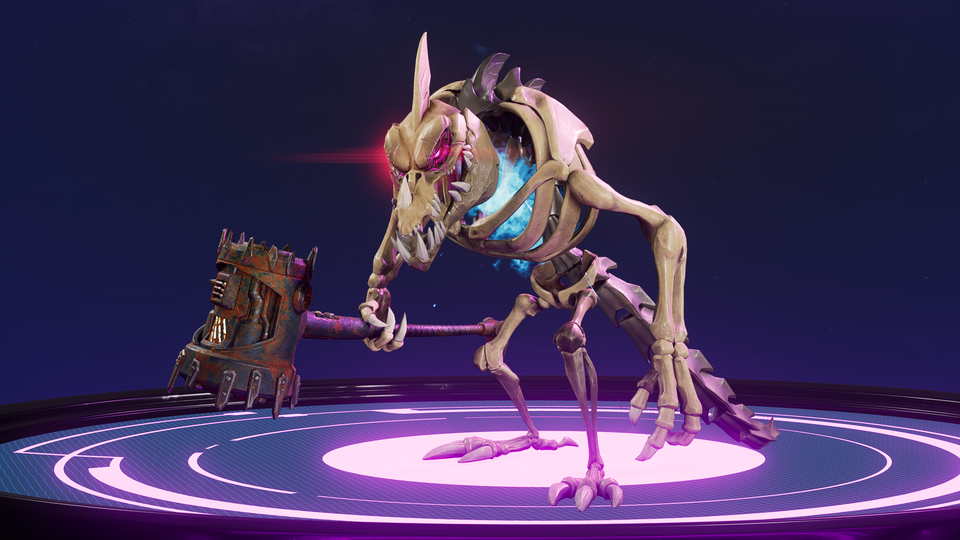 The Undead Goon is a reskin of the other forms of the Goons-4-Less enemies, but they all possess much higher health and will deal a lot more damage to you. They’re also located on just one planet in Rift Apart, being present upon the return to Savali near the end of the game.

Of course, by this point, you should be a lot stronger and have a lot of high damage weapons, but these undead variants can still be dangerous if you let them trap you, especially because of the large volumes of them that appear. Using weapons that have knockback powers, like the shotguns included in Rift Apart can easily dispatch these skeletal enemies. 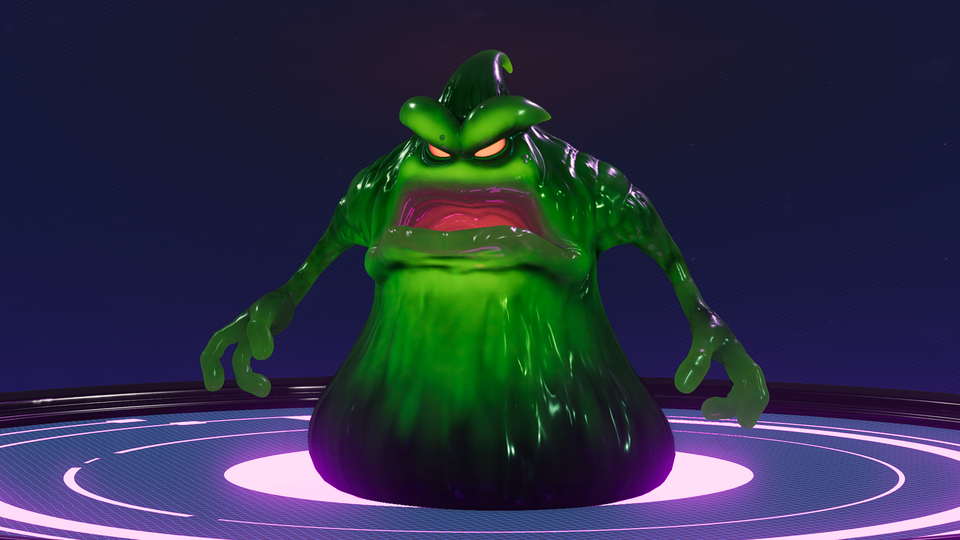 The Amoeboids are a classic Ratchet & Clank enemy, having appeared in the majority of games in the series. The biggest danger presented by these gelatinous enemies is the giant swarms that they appear in, as well as the fact that smaller Amoeboids can form into larger ones that are more powerful and stronger.

The smallest Amoeboids lack the health of their bigger brothers and sisters but make up for this with their ability to both move faster, as well as spawning in large groups which can easily swarm you. They’re best countered with chain weapons such as the Doom Blades, or Lightning rod, as well as area of effect weapons such as the Warmonger. 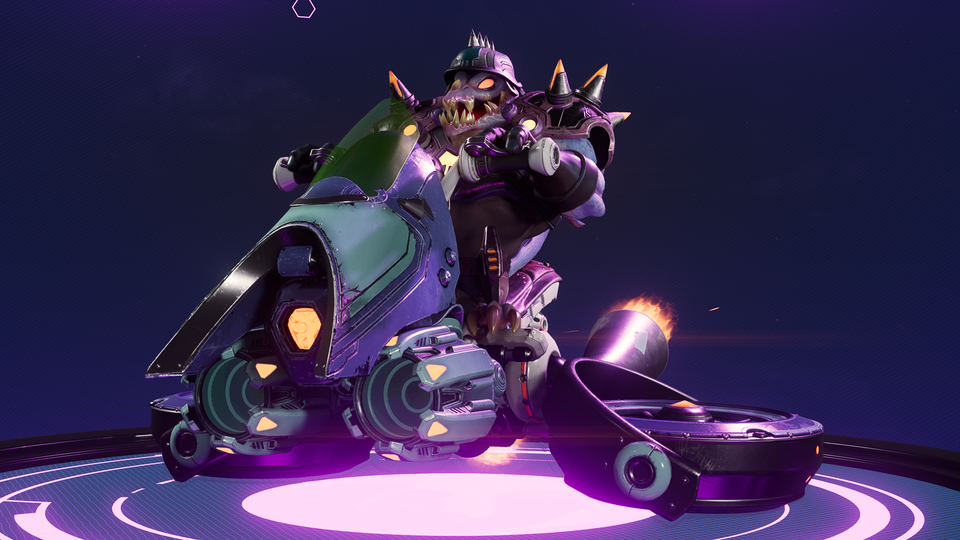 The Vroom Goons possess both high levels of health, as well as a level of mobility that makes them really hard to take down. They’re a unique enemy in Rift Apart and have a powerful lightning rod attack that can deal a lot of damage to you if you don’t manage to see it coming and avoid it.

The best weapons to use against the Vroom Goons are those with high fire rates, such as the default pistol or Doom Blades. The Ricochet is another good choice too, although the mobility of the Vroom Goons could cause some issues with ensuring your shots are accurate. 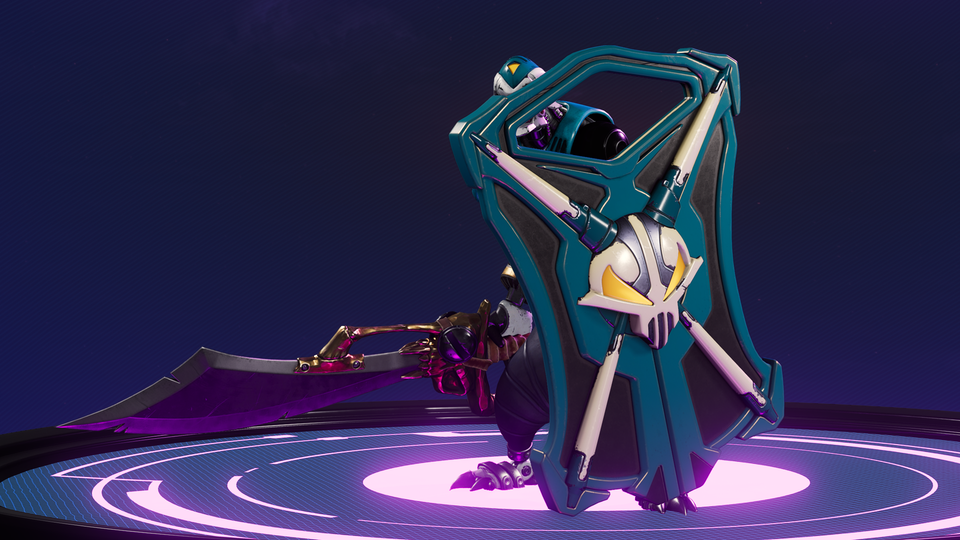 The Shield Pirate is surprisingly difficult to take down, with its big shield being able to block damage from a lot of weapons, which means you’ll have to use area-of-effect weapons such as the Glove of Doom or Bouncer.

The shield allows them to get closer to you, and deal melee damage, all whilst avoiding any damage if the right guns aren’t being used. They also benefit from the areas in which most encounters take place, with the majority being smaller compact areas that will stop you from being able to run away from them. 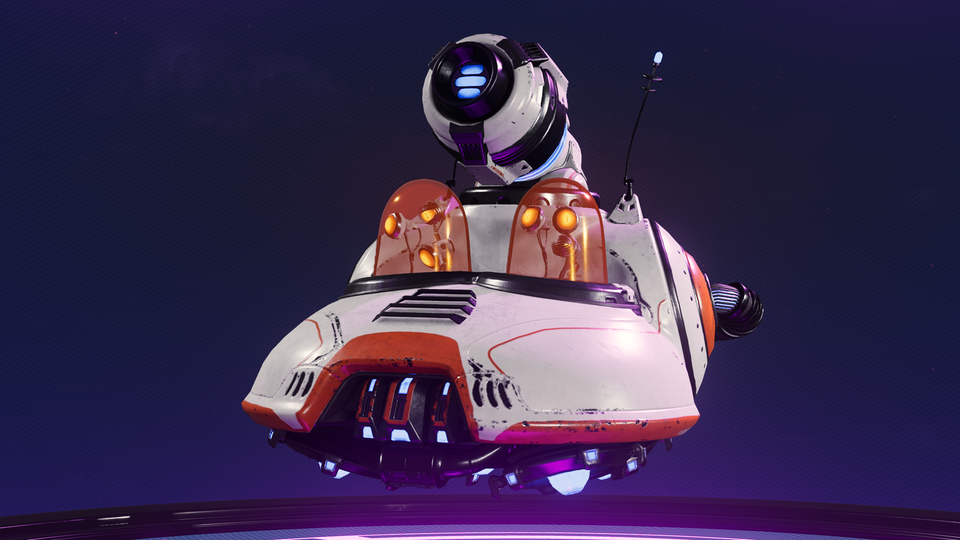 The so-called ‘Peacekeeper’ is far from peaceful with its cluster bombs being a particularly tricky attack to avoid. These enemies also have a lot of health, meaning that you’re forced to use high damage weapons in order to dispatch them quickly.

Peacekeepers are great at avoiding a lot of attacks though, as they’re pretty nimble and able to stay out of the range of Rift Apart’s shotguns. Taking them down will require a lot of strafing and dodging, but if you can master this there should be few issues with this unit. 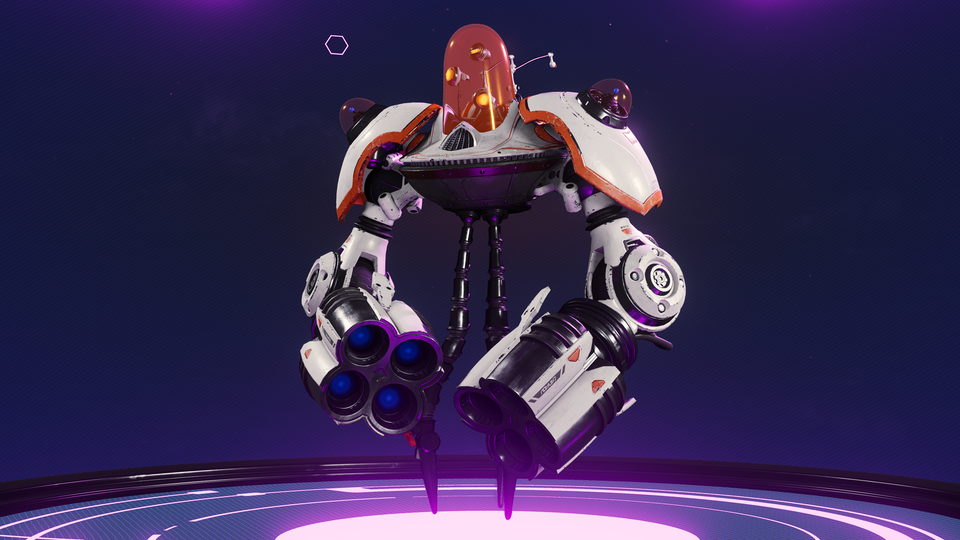 The Nefarious Blitztrooper is another flying unit and has an incredibly powerful Gatling Gun attack that has the potential to deal a lot of damage to you if you’re unable to avoid it. They have less health than similar units, but more than make-up for it with their damaging attacks and ability to quickly move around avoiding your attacks.

The biggest danger with the Blitztrooper is if you’re not focusing on their attacks because of other enemies. Make sure to take these units down before focusing on other enemies. A couple of hits from the Warmonger or Glove of Doom should take them down. 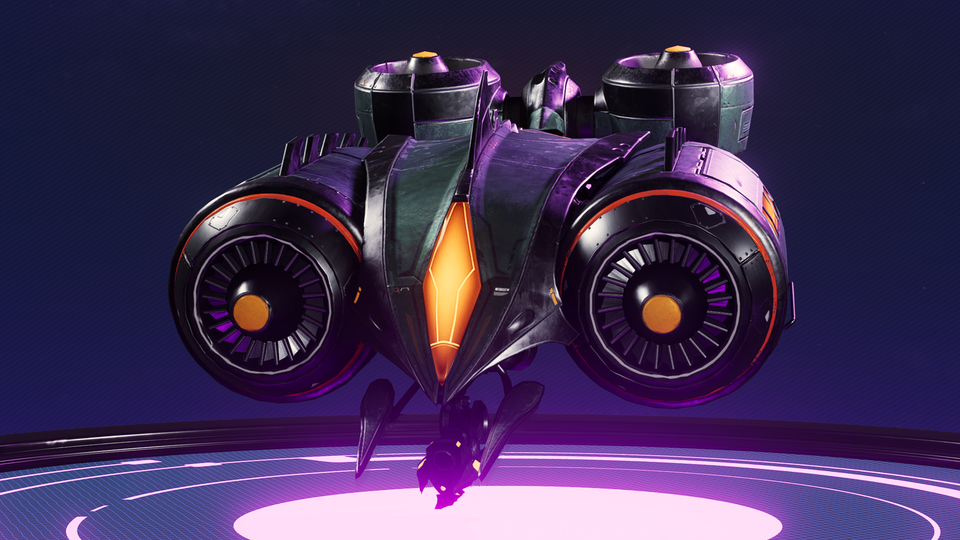 Dropships are incredibly strong units, possessing both powerful attacks and the ability to drop more Goon units into the field. As a result, you should make it a priority to take down these ships before engaging other units.

As with other flying units, high damage and area of effect weapons are recommended, but the Topiary Sprinkler is another great choice with its ability to freeze units in place, allowing you to deal a lot of damage in a short period of time. 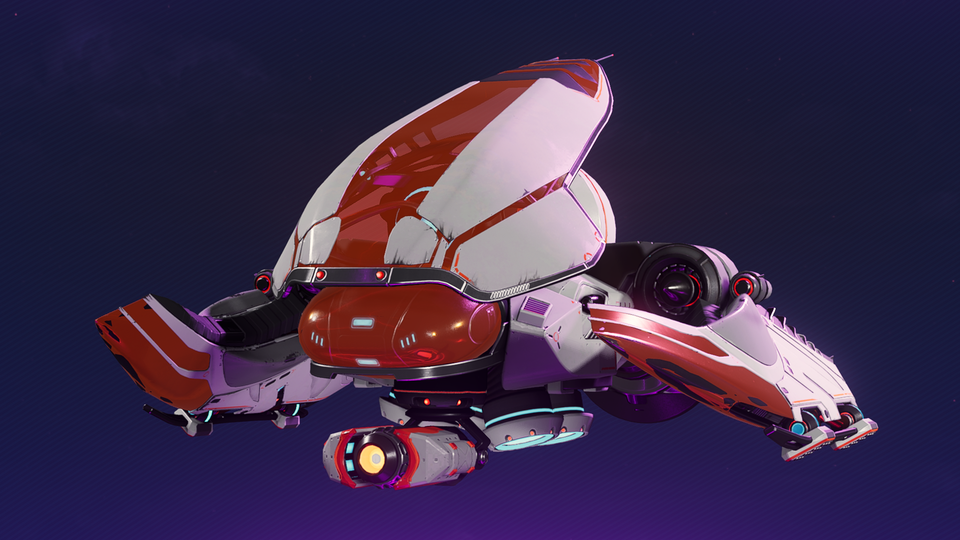 The Nefarious Dropship is similar to the Goon counterpart with similar levels of health. However, it has different attacks, using the Gatling Gun from the Blitztrooper, as well as cluster bombs. The Warmonger is another great choice for taking them down with high-fire rate weapons being a good pick if you’re able to strafe and dodge with ease.

It’s one of the strongest non-boss units in the Nefarious faction and makes numerous. It will cause a lot of problems if you’re unable to quickly dispatch them. 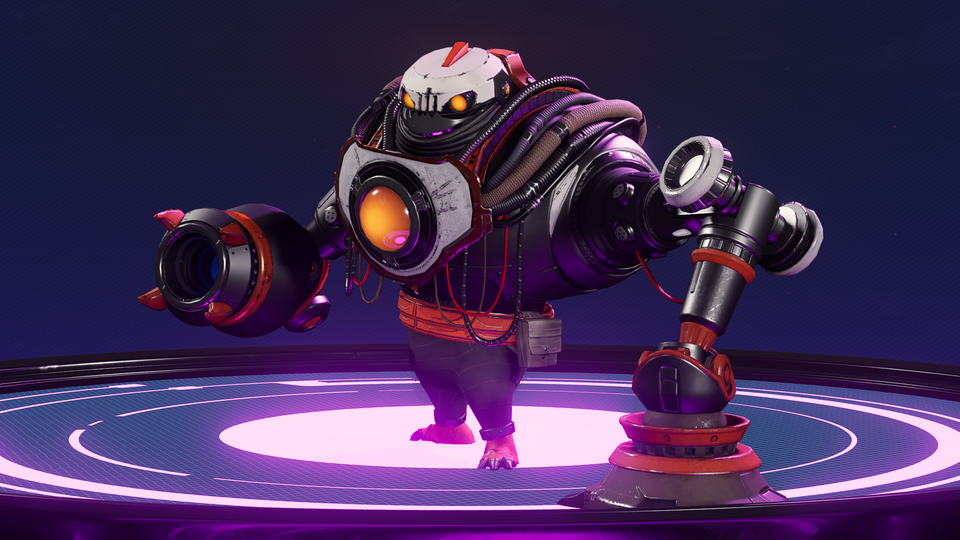 The Marauder is the most powerful enemy in the Space Pirate faction and appears as a boss fight in the arena at Zurkie’s Bar. It’s a bit of a tank, capable of not only taking a lot of hits but dealing a massive volume of damage too. The Marauder is also able to move with a surprising level of agility, especially its big jump which can become confusing at times if you lose track of it.

In terms of how to deal with this daunting unit, the best choice of weapons are the Warmonger, Negatron Collider, and Glove of Doom. These are all capable of dealing lots of damage to this monolithic enemy. Mr. Fungi is also another great way to deal some passive damage to The Marauder — especially when it is upgraded.

1 Nefarious Juggernaut – The Most Difficult 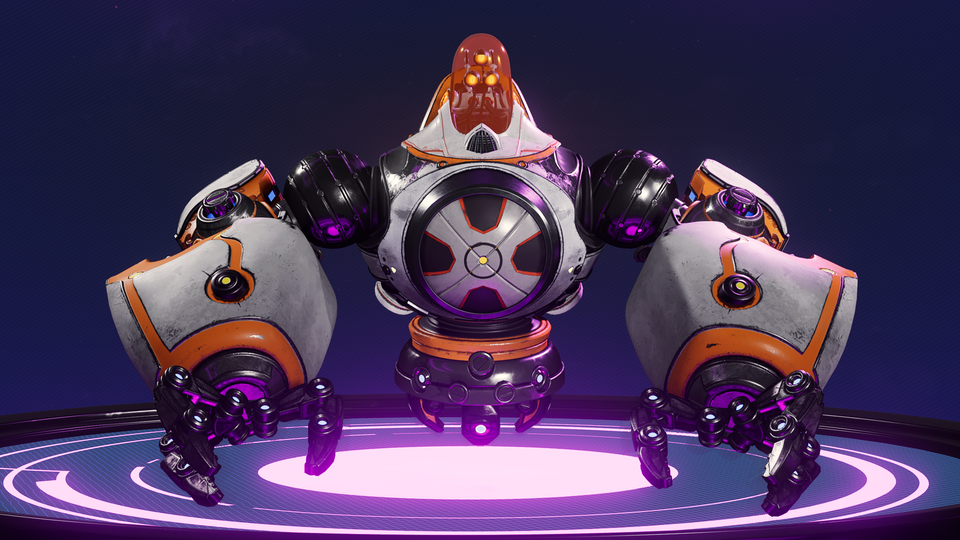 The Nefarious Juggernaut is the strongest unit in its faction, aside from Emperor Nefarious himself of course. It possesses three strong attacks, with the most powerful being a laser beam which will require you to either time a jump correctly or use the Phantom Dash in order to avoid it. The clusterbomb and shockwave leap are also strong attacks and mean that you can’t lose focus at any point during the fight.

The Negatron Collider is particularly effective against the Juggernaut, but any high damage weapons are equally as useful, just make sure to avoid the sweeping laser attack if you’re using weapons that require a charge up in order to use.