As the twisted memory of a once human body is sent flying into a whirring piece of machinery, blood and viscera fly in all directions. A knife is plunged into the base of a mutant’s neck with a satisfying squelch. As they drop to their knees, it carves through their skull to ensure their death. The next foe survives an onslaught of bullets, and the skirmish begins proper. This is The Callisto Protocol, and it’s exactly what I wanted it to be.

Made by Striking Distance Studios, led by Glen Schofield, an executive producer and co-creator of Dead Space, the similarities between this sci-fi horror and its spiritual predecessor are… well… striking. As a huge Dead Space fan, this is the best news possible.

In my interview with Schofield, he said he wants people to set Dead Space aside and take Callisto for what it is, but it’s impossible not to draw comparisons. Even if you leave out the similar setting, style, and its proximity to EA's own remake, like Dead Space, Callisto drew my eye to the centre of the screen so that enemies could creep up on me and the glimpses I saw in the corner of my eye could terrify me. The usual cluttered UI is melded into the designs of weapons and characters – your ammo count is shown on your gun and your health on your back – leaving the screen uncluttered for the horrors that lurk in the shadows.

Callisto is set on a prison colony on Jupiter’s moon of the same name. Some sort of outbreak has caused the inmates to mutate into cursed abominations that now skulk about the place and try to murder you every waking moment. Protagonist Jacob Lee (played by Josh Duhamel of the Transformers film series) has the same lumbering weight to him that Isaac Clarke had when wandering the cramped halls of the USG Ishimura.

The atmosphere in Black Iron Prison is tense. The foes in the presentation weren’t all standard humanoid zombies that shamble toward you. There were horrifying spider-like creatures that scuttle about the walls and seem to melt into the walls to ambush Lee when his back is turned. I hate them. I hate everything about them. I couldn't even tell you if they were ever human. They’re perfect. 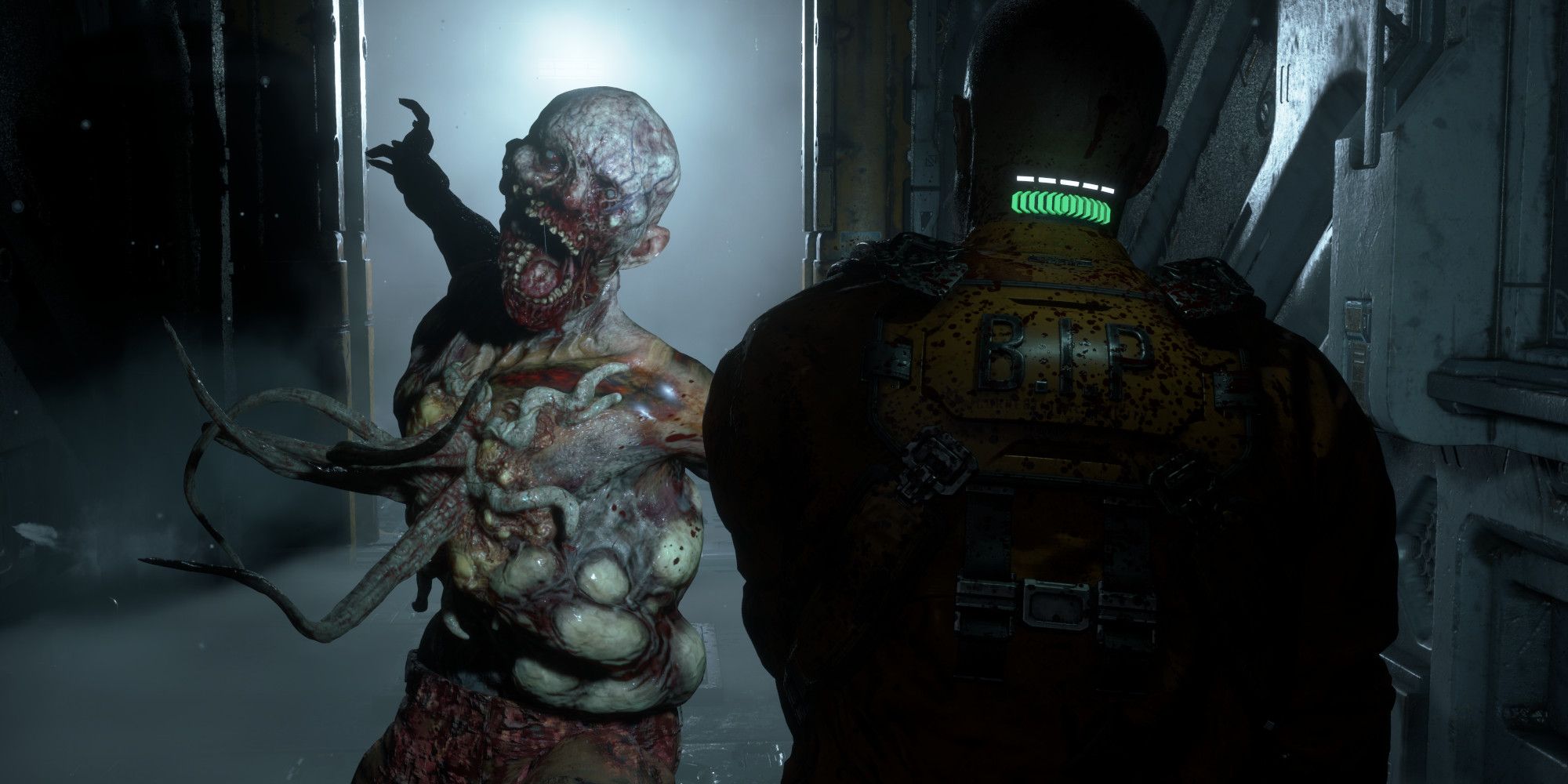 There are also enemies that suddenly mutate when tentacles erupt from their bodies. If you don’t shoot the tentacles quickly – a temporary weak spot – they’ll transform into hulking beasts that can throw you around like a rag doll. The enemy variety looks set to ensure combat is kept exciting and challenging. I left the demo imagining just how difficult it would be to deal with multiple enemy types at once.

What was impressive was a moment when Lee’s GRP (the gravity gauntlet) pulled one enemy into the path of another’s projectile and it reacted by looking behind to see who’d just hit it. It’s exciting to see reactive AI like this – I hope it’s utilised more in the full game – as long as developers aren't having to crunch to implement it. 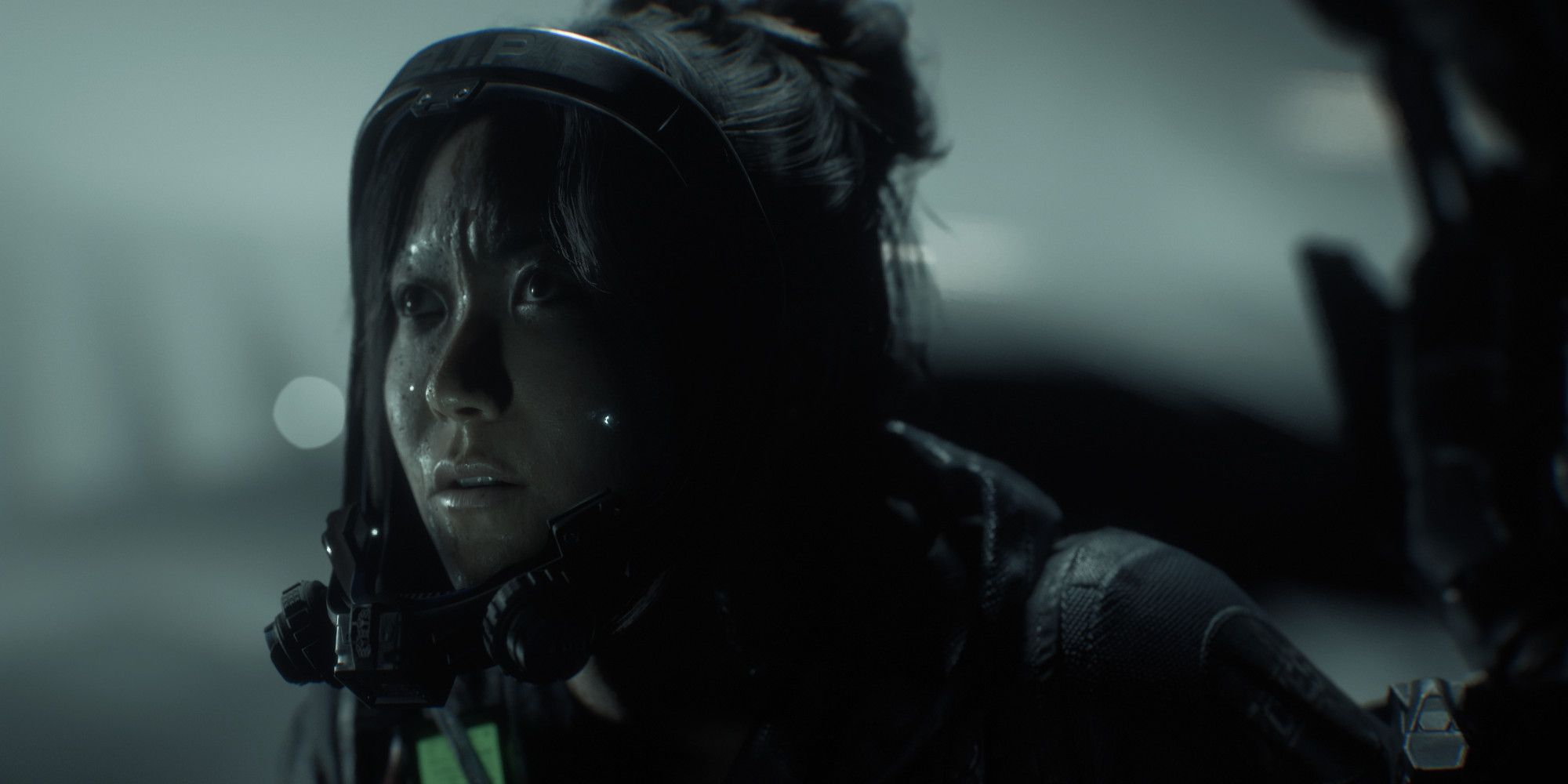 I understand why Schofield wants The Callisto Protocol to stand on its own two feet, far away from the shadow of Dead Space, but it’s a game so clearly informed by its predecessor that I don’t think that’s possible. It’s like Dead Space in all the best ways. It’s creepy, tense, violent, and looks like it’ll be an absolute blast to play. We don’t need a remake of Dead Space. We need an evolution from it, and The Callisto Protocol is exactly that.