The turn-based strategy game based on Dark Crystal is taking design cues from a classic series of the genre.

Players will be able to choose from Final Fantasy Tactics style jobs in The Dark Crystal: Age of Resistance Tactics according to a new a dev diary style video released on YouTube from En Masse Entertainment, the game’s publisher.

A character’s primary job determines their advancement path, i.e. Soldiers become Paladins or Stone Wardens, Scouts become Trackers or Thieves, and Menders become Adepts or Bramble Sages in the second level of the jobs tree. While there appear to be fewer total jobs overall in The Dark Crystal: Age of Resistance Tactics than Final Fantasy Tactics, the addition of secondary jobs allows an almost equal level of potential choices while still allowing for flexibility in a given party’s makeup. 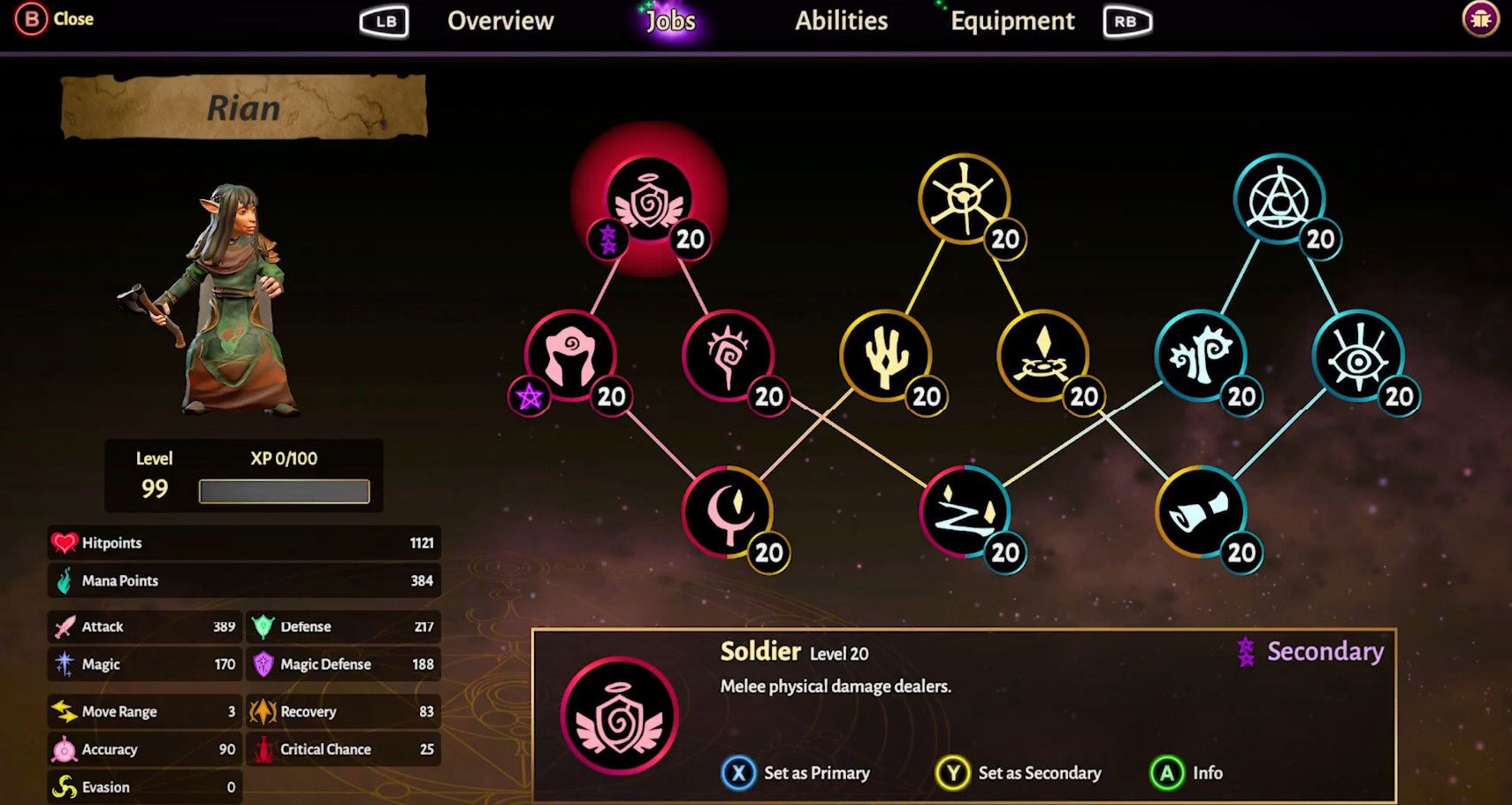 The jobs available will change depending on which species of Dark Crystal universe creatures players choose but  jobs for the Gelflings were the only ones detailed in the video. In the Final Fantasy Tactics tradition jobs start off general and become more specialized in the middle of the tree then narrowing again at the top in what The Dark Crystal: Age of Resistance Tactics calls Advanced Jobs.