There’s plenty of mystery about Granthem Du’Met when you first arrive to his Murder Castle in The Dark Pictures Anthology: The Devil in Me. Rounding out the first season of the anthology, The Devil in Me follows a film crew to Du’Met’s recreation of H. H. Holmes’ infamous World’s Fair Hotel.

So how does Du’Met tie into things? His cards all describe him as having a different profession, so who is he, and what does he have to do with Holmes? There are plenty of clues about him to find around the hotel, one of which are his business cards. Here’s where you can find all five.

Though we won't tell you exactly what's going on with Du'Met (a mystery much better solved by playing the game), we will tell you where to find his business cards while being as careful of plot progression as we can. Be wary of spoilers in this guide if you're trying to remain blind to the plot! 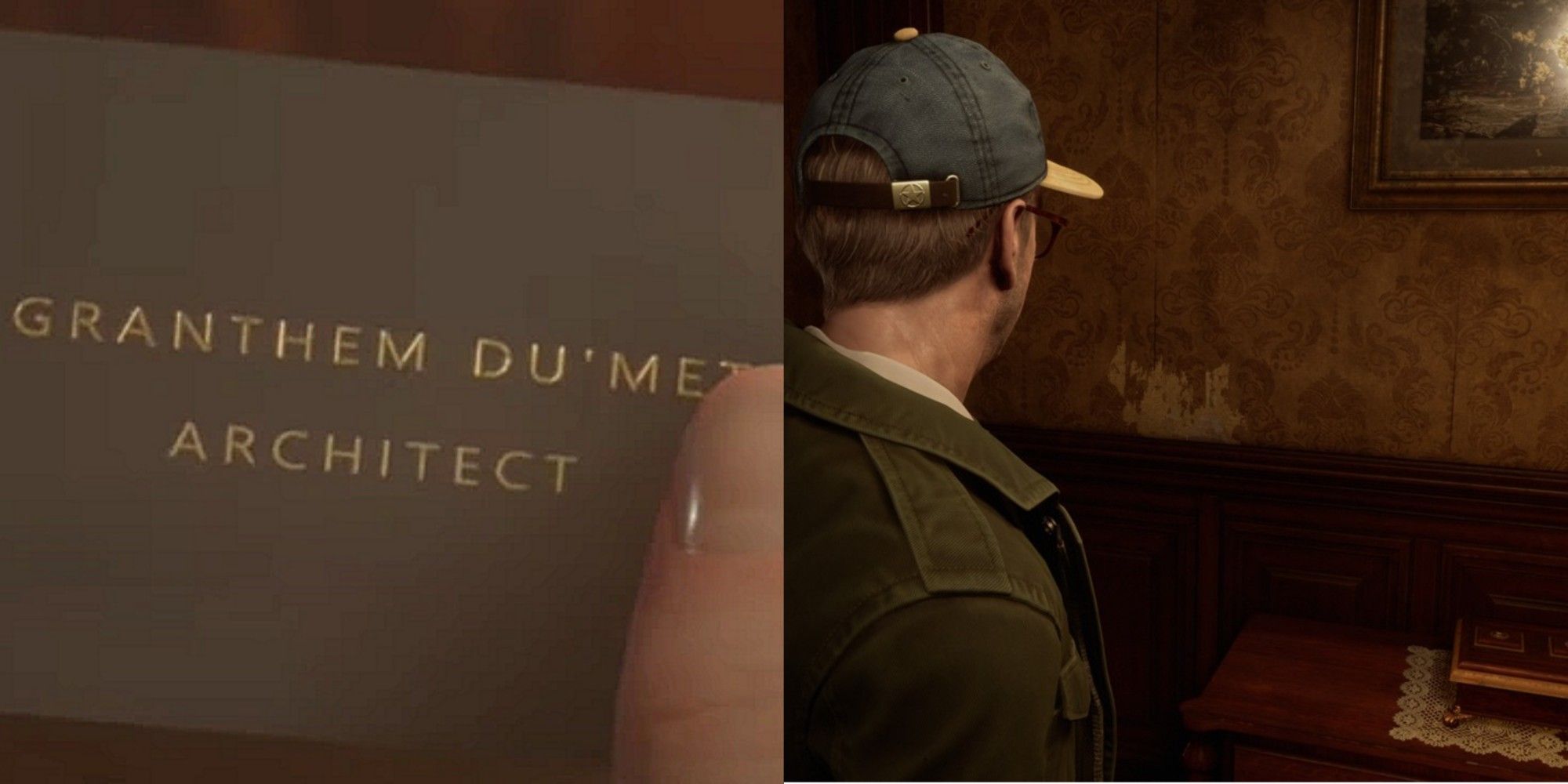 You’ll find the first of Du’Met’s five scattered business cards during a scene called Cigarettes, which you play as Charlie as he searches high and low around the hotel for a pack of smokes after his turn-up missing.

After a rather tense conversation with Erin while you two are searching through Charlie’s bags in his room, you assume control of Charlie. Your overall mission is to go looking for cigarettes for him after having the chance to look around his room, but on the way there, be sure to sidebar a bit to find the first business card.

Once you’re controlling Charlie, go into the hallway outside his room after looking around inside for clues. From his room, go right, then left, and left a second time, into a small hallway off the main one. The business card is on the floor at the end of the hall, next to the dresser there. 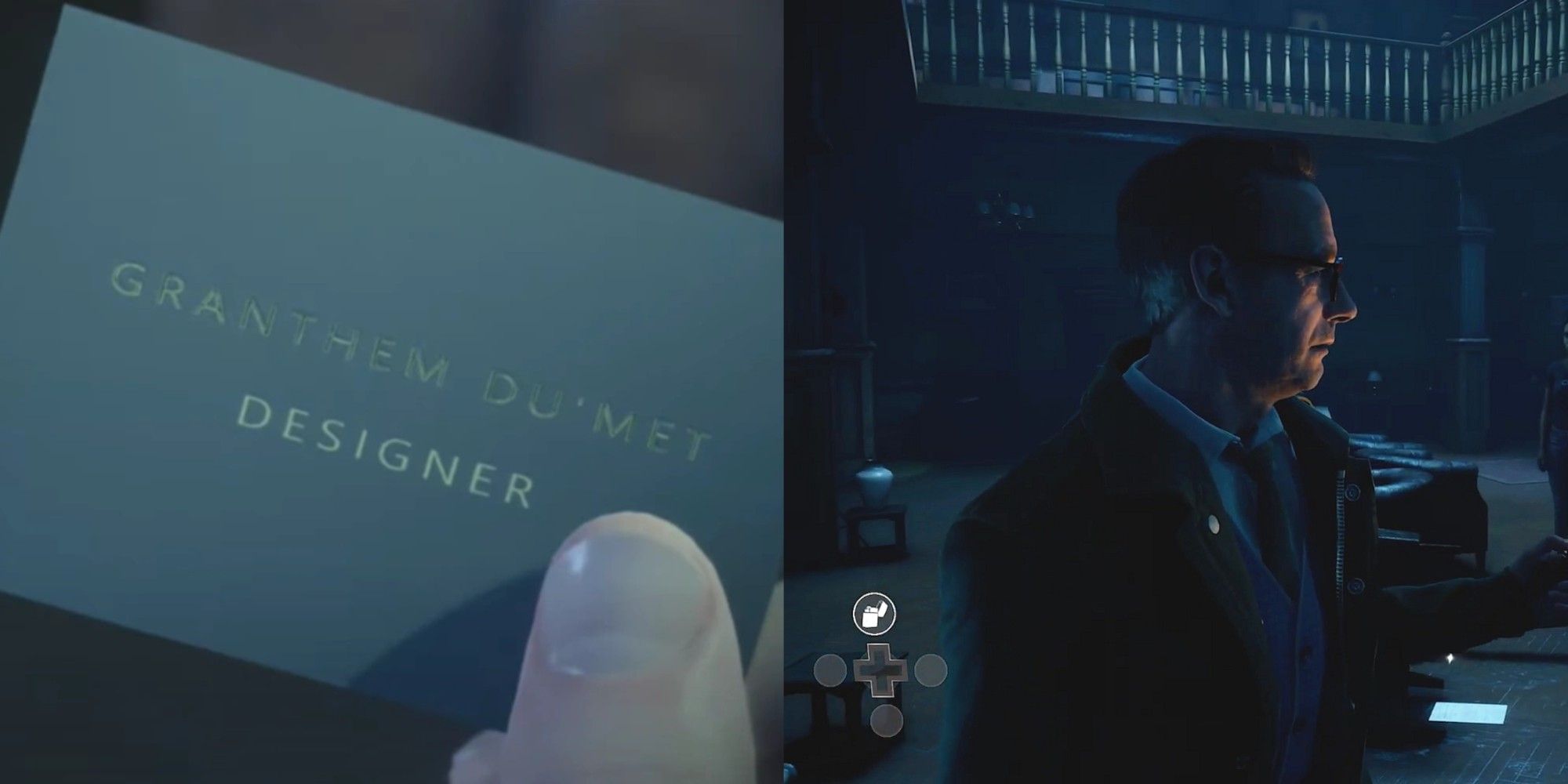 Du’Met’s second business card is available during the scene called Blood Trail, which is once again a chapter in which you’re controlling Charlie. He’s now markedly less concerned about the cigarettes, and for good reason.

When you take control of Charlie after some cutscenes, go down to the lobby, which you and Charlie will both notice has been thoroughly destroyed since you were last through it. There’s a lot of stuff to find in here, but the business card is on the ground beside an armchair, which you can see to the left of the titular blood trails on the floor. 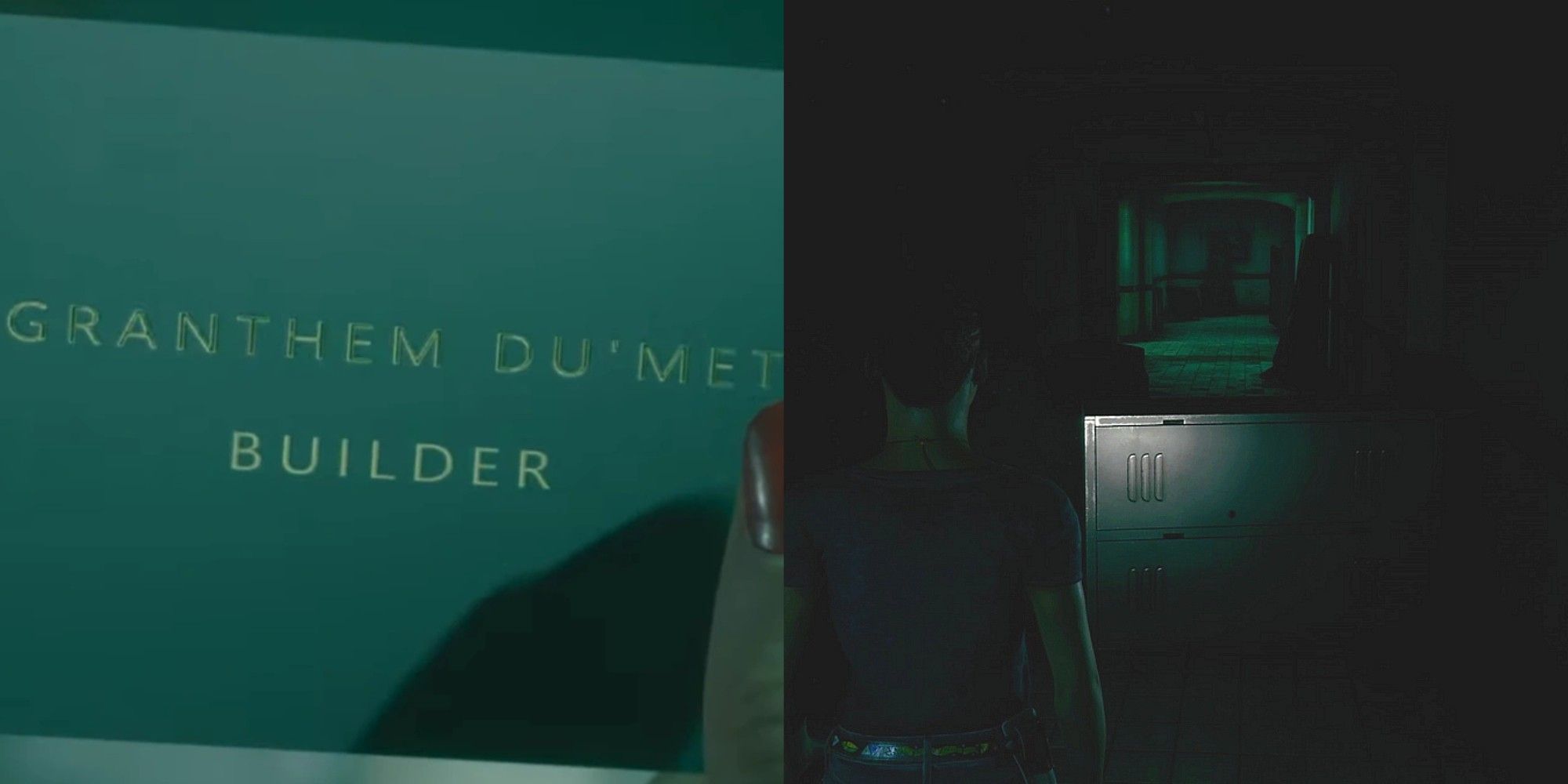 The third business card DuMet left lying around isn’t available until a little later, during the scene called Spa. The area is rather creepy, and you’re stuck in the dark trying to reunite with Kate, but Jamie can brave it to find the next card.

When Jamie and Mark are separated from Kate, you take control of Jamie and begin searching the area. When you come to an overturned locker that's blocking your path, the brightness settings might make it tough to see, but there's a corridor to the left where she's standing directly in front of the overturned locker. Follow the corridor as it loops around, and the third card will be on the ground by some of the wrecked furniture in here. 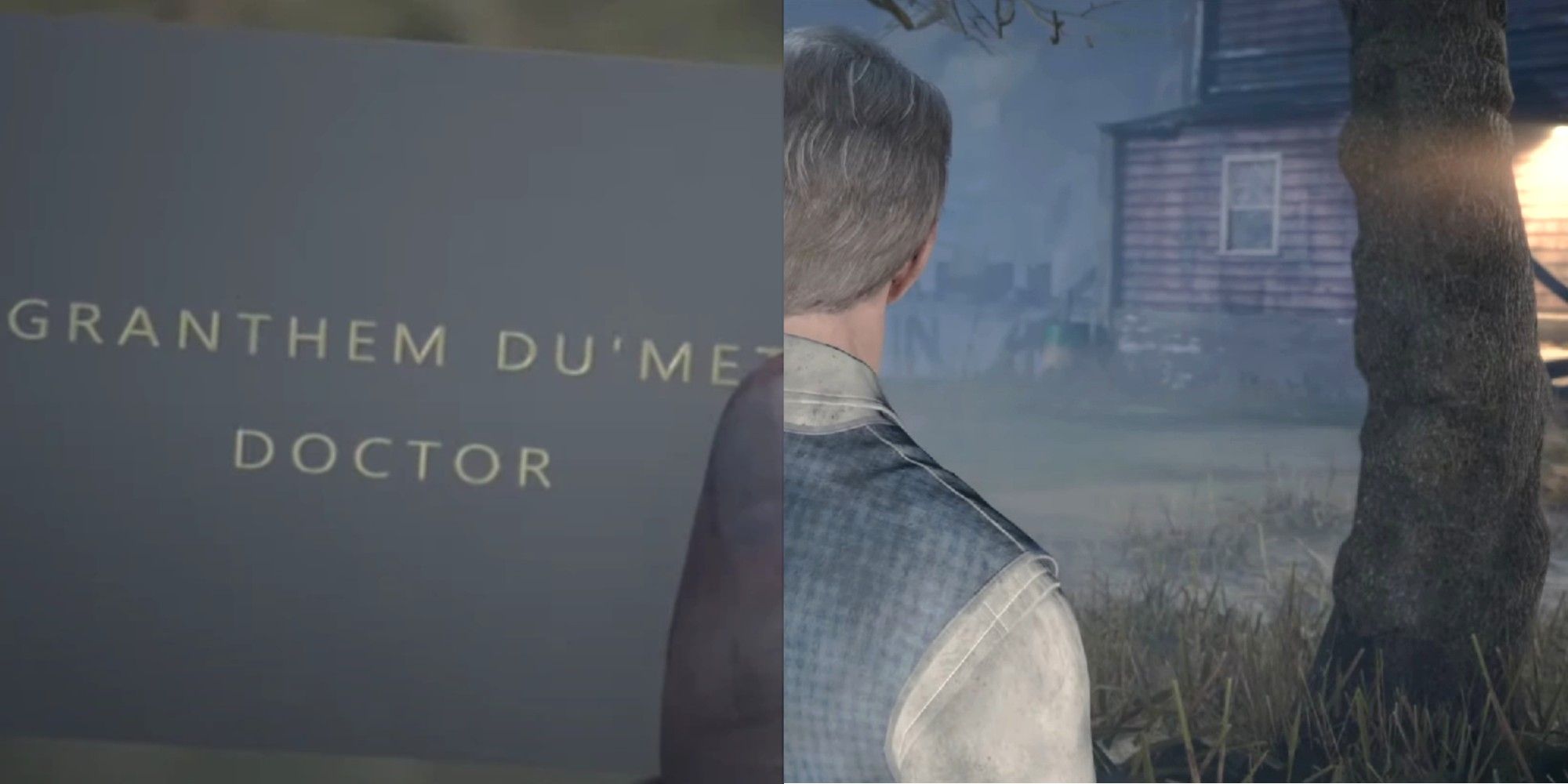 When the men come upon a lit yard with trees and tall grass scattered about, you'll be able to look for the fourth business card. It'll be on the far side of the first cluster of trees from the building – you can see the porch stairs and the light very clearly past the tree from where it's sitting. 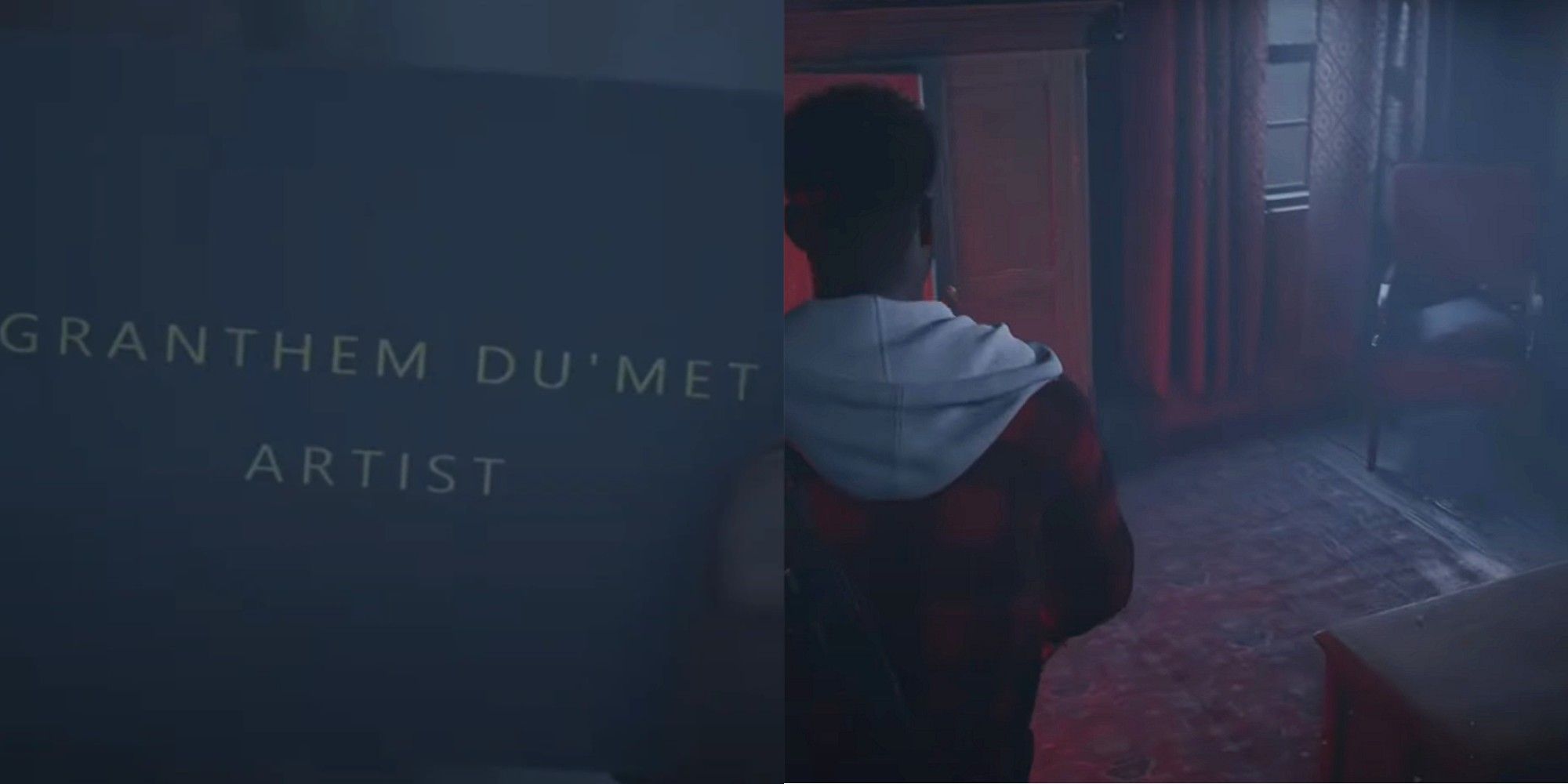 The fifth and final business card Du’Met has left around for you can be found during the scene titled Lighthouse, which is a rather pivotal scene to the conclusion of the game. There’s quite a lot to grab while you’re in this facility, between collectibles and the secrets you’re still on the hunt for, but the business card, although it’s in the dark, is among them.

When Mark and Erin have accessed the lighthouse, they find themselves in another darkened basement. When you resume control of Mark, go up the stairs and into a bedroom on the third floor. It’s not far from the ladder to the roof, so be careful not to go up there first, as doing so locks you out of getting the final card.

In this bedroom on the third floor, the card is on the ground in front of the bed, between the chair and the wardrobe.

If you’ve collected all four of the other cards so far, the achievement for doing so, "Man of Many Interests," will trigger immediately when you grab the final one.