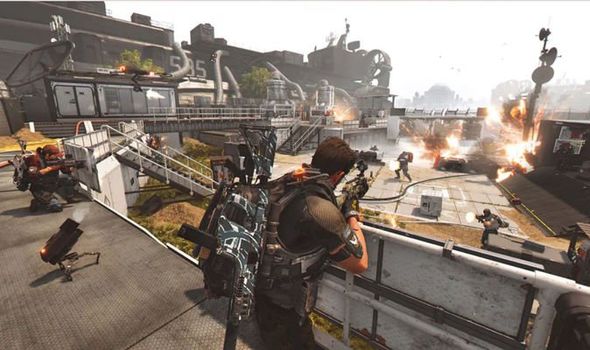 Ubisoft has announced The Division 2 server maintenance for today which is scheduled to start shortly.

During this time, the game servers on PS4, Xbox One and PC will be down, and no one will have access to any gameplay features.

The good news is that following the server maintenance, a new Division 2 update will be released, containing a list of bugfixes.

And this includes one that fans will definitely approve of, especially on those tough Stronghold missions.

The bad news is that fans will be waiting around three hours before servers will be back online on all platforms.

Maintenance is scheduled to begin at around 8:30am in the UK and will not end until around 11:30am, or whenever Ubisoft finishes downtime.

The latest from Ubisoft reveals: “Greetings Agents, The servers will shut down for a scheduled maintenance Thursday, April 11th at 09:30 AM CEST / 03:30 AM EDT / 00:30 AM PDT. Estimated downtime is approximately 3 hours.”

When it comes to notable bugfixes and changes, Ubisoft has revealed that the issues with Specialization ammunition drop rates will be fixed.

A full list of patch notes for today’s Division 2 update can be found below:

Ubisoft has also shared some news concerning how they hope to keep balancing the game in the future, telling fans today online: “The balance of the game is a constantly evolving thing and that is why it is very important to give feedback about what you are experiencing and what you think works and what does not. They will keep listening and adjusting accordingly.

“They are still planning to do a lot about balance, but they will let the specialist specify that when the time is right.

“What they are also looking into is armour and survivability, but a change in that area is not scheduled for Update 2.1 or Update 3.

“They are also aware of the Blue Mods and are listening to feedback about Gear Sets.”

It was announced that new Public Test Servers are being launched next week so that they can be used to try out changes before they hit the full base game.