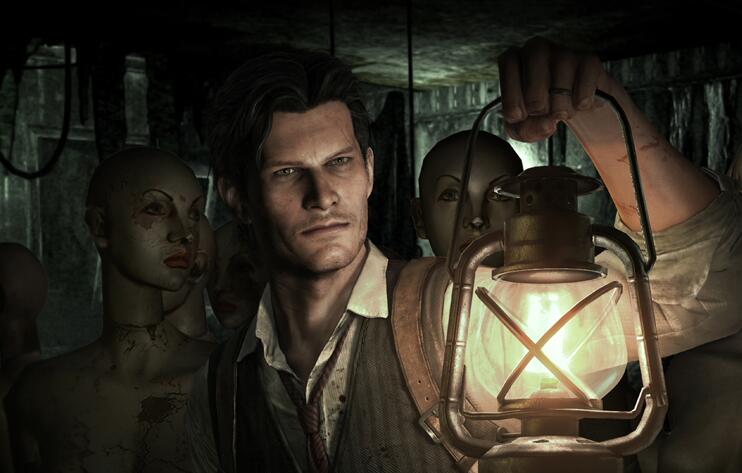 Anyone still hoping that The Evil Within might get a second sequel should take heart that Bethesda has not forgotten about the series.

The problem with trademark registrations is that very often they’re just a routine bit of paperwork, to ensure a company is able to keep a name they’ve already used. Except sometimes they’re not, and they really do turn out to be an early hint that a new game is being planned.

Which of the two circumstances it is with The Evil Within is impossible to tell, but website SomosXbox has noticed that last August Bethesda trademarked the name for ‘continued use’.

That’s only a few months prior to Microsoft buying Bethesda, the parent company that owns developer Tango Gameworks, although, again, it’s impossible to say whether that’s a coincidence or not.

The original two The Evil Within games were the work of Resident Evil creator Shinji Mikami and very similar in many ways to Resident Evil 4, except not nearly as successful.

Although they had their moments, neither game enjoyed the same level of critical or commercial success as Resident Evil and it seemed likely that the franchise would be quietly forgotten about.

At the moment Tango Gameworks is working on Ghostwire: Tokyo, for release this October, but what they’re doing after that is, understandably, not something they’ve talked about yet.

Even if there was a new release it doesn’t necessarily have to be a full sequel, and it’s possible some kind of remaster of one or both games could be planned. Although whatever it is, it would likely become an Xbox and PC exclusive.

Until an official announcement is made we won’t know one way or the other, although Microsoft is expected to reveal a number of new games at E3 in June, so who knows…