I'm in the lower decks of my ferry, lugging coal to the furnace to keep the engine running. It's pitch black and all I can see is a small area lit by the warm glow of my lantern. Then I spot it: a strange figure, grey skinned and thin limbed, scuttering away from the light into the darkness. I chase after it—because that's what you do in horror stories—and notice a hole clawed violently into the hull, rapidly letting in water. I hastily fix it, but then I hear a scraping sound coming from the distant engine room. Another creature, trying to sink my boat.

In this free indie horror game from Brainloaf Studio you play as the titular ferryman, a sailor delivering goods to remote lighthouses in the middle of a raging, storm-battered sea. You're Plagued, which means you're constantly harassed by those uncanny hull-gnawing creatures. Luckily they're afraid of light, and so long as you have your trusty lantern to hand they can't hurt you. But they can hurt your boat, which brings an element of management to the game. 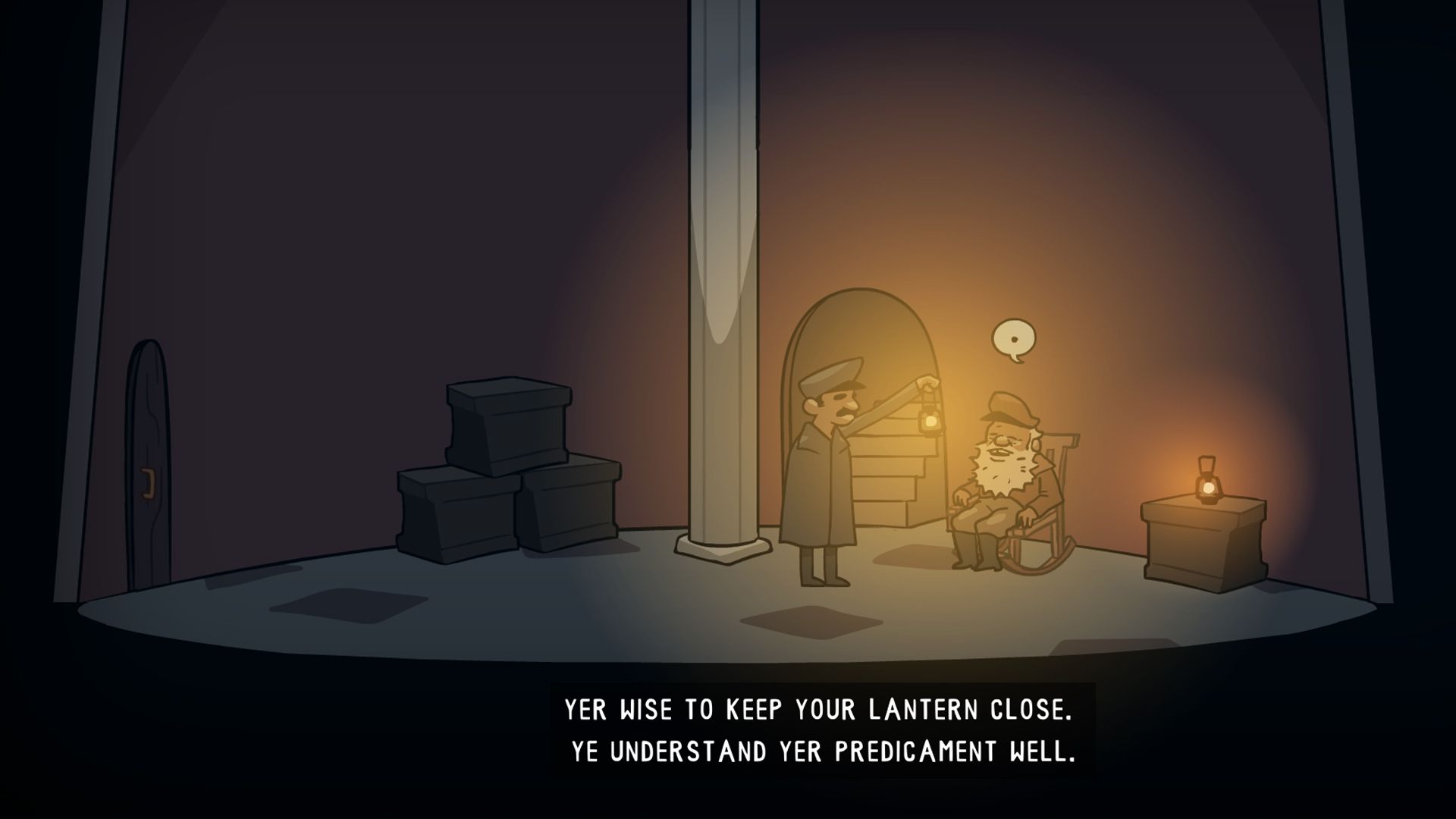 As you sail between lighthouses, you have to frantically dash around the ferry repairing the hull, keeping the furnace blazing with coal, and putting out fires on the deck. The uninvited seawater in the lower decks is constantly rising, and if it reaches the furnace you're done for. It's pretty stressful, not helped by seeing those strange grey things darting around in the shadows around you. When you hear the bell signalling your arrival at a lighthouse, the relief is palpable.

The Ferryman is wonderfully atmospheric. The storybook visuals have the feel of a creepy old cartoon from the 1970s. The sea feels cold and bleak, and there's a tangible feeling of isolation as you push through the water. In each lighthouse is a weird, eccentric NPC to chat to, who reveal evocative morsels of the game's odd Lovecraftian lore. There's talk of a Big Light, the aforementioned Plagued, and people known as the Harboured. It's all very intriguing.

Incidentally, the voice acting is fantastic. The oddballs you encounter all have distinctive, quirky personalities, and I was always eager to see who I'd meet next. That's what kept me dutifully ensuring this monster-stricken boat didn't sink. The Ferryman may be a free indie game, but it has a polished feel that makes me keen to see what the dev comes up with next. It's a nice size too, squeezing its compelling seafaring horror yarn into just 30-60 minutes of play. 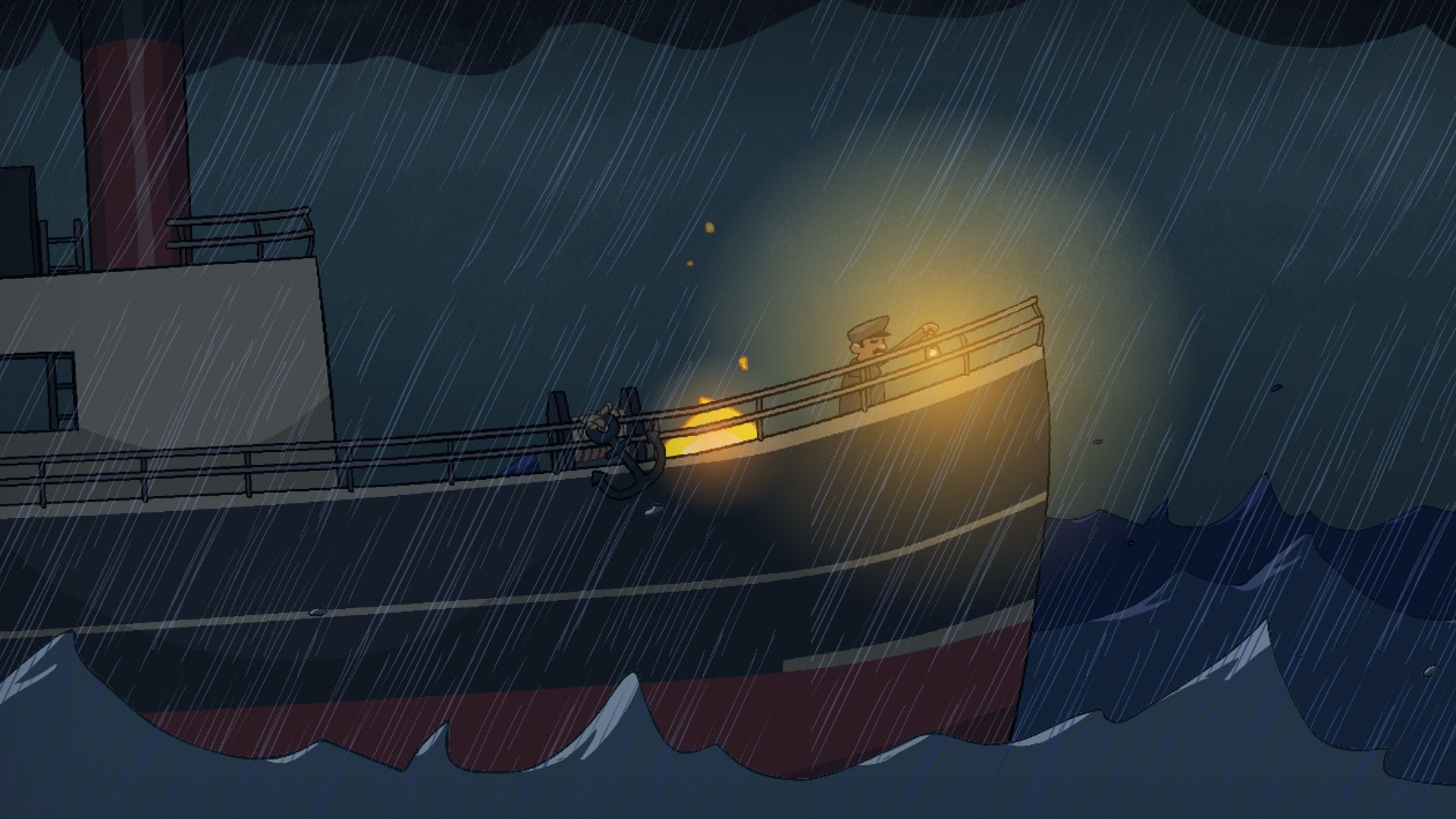 On one journey, while desperately trying to keep the water in the lower decks from rising, I heard a familiar, disturbing sound: the Lincolnshire Poacher. This is an infamous, entirely real recording of a so-called numbers station. These mysterious signals were, and still are, picked up by shortwave radio enthusiasts, and no one really knows why they exist. They've always creeped me out, so hearing one suddenly appear in The Ferryman caught me off guard.

I only wish there were more of these subtly unsettling moments. The Ferryman is an effective horror game, but often more stressful than terrifying. The increasingly hectic boat maintenance occasionally dampens its eerie atmosphere, and I felt it got in the way of the story sometimes. But overall, I love it. It reminds me of Robert Eggers' brilliant film The Lighthouse in places, and I've always been a fan of stories set at sea. I can't wait to see what Brainloaf dreams up next.