Towards the end of The Forgotten City, you're tasked with finding four plaques in order to confront a god about the fate of the city. You'll be told about these four plaques by Equitia after The Common Thread and two of them, the Egyptian Plaque and the Mystery plaque, are actually found in the same quest.

To start this quest, we'll need to track the Egyptian plaque. You won't be given any hints on the location of the mystery plaque, but rest assured that it comes as part of the Egyptian quest.

How To Find The Egyptian Plaque In The Forgotten City 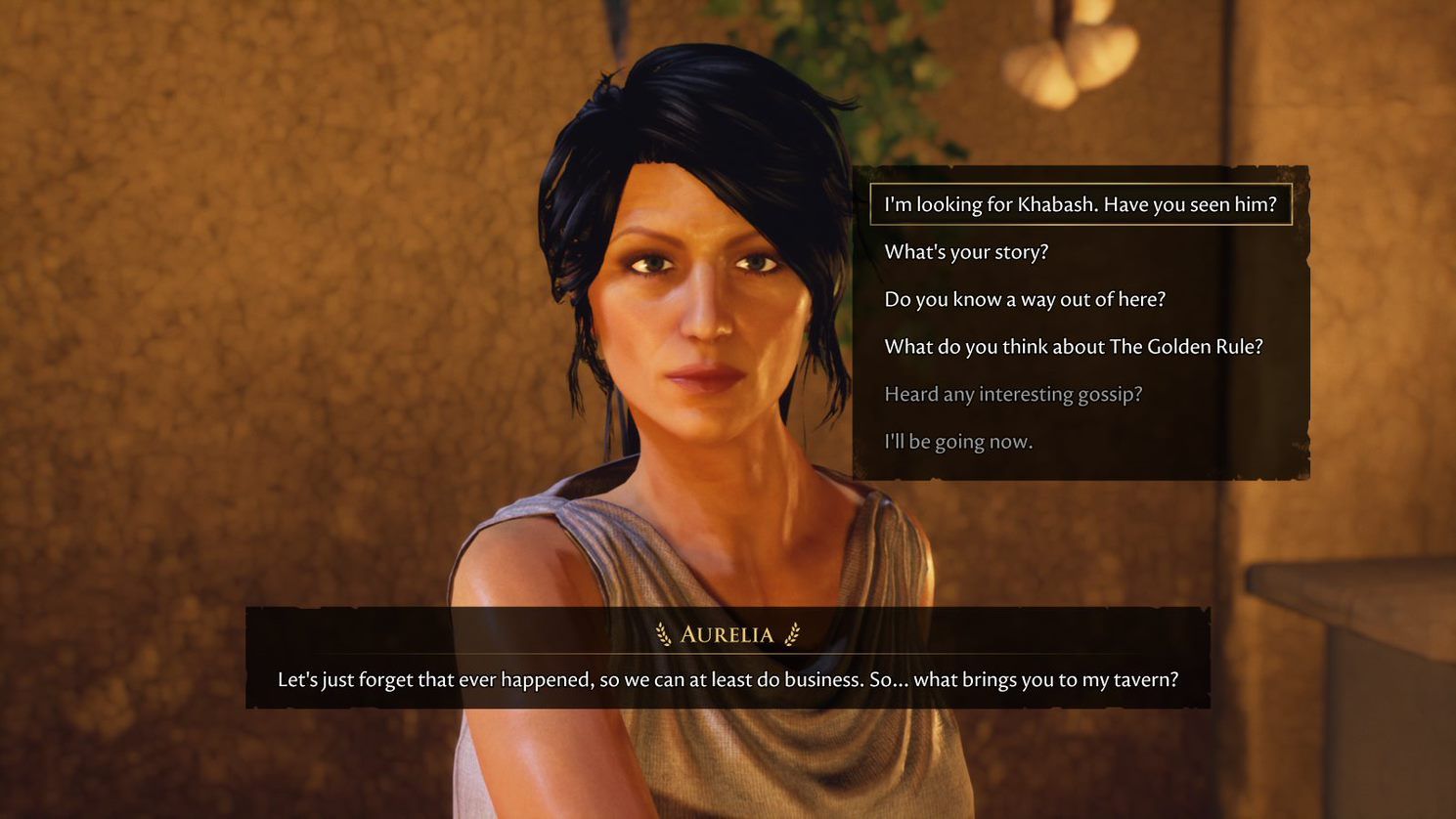 If you track this quest, you'll need to go talk to Aurelia at the tavern. She'll tell you about Khabash disappearing on a job and direct you to Georgius. Speak to Georgius to learn the location of the Temple of Demeter. 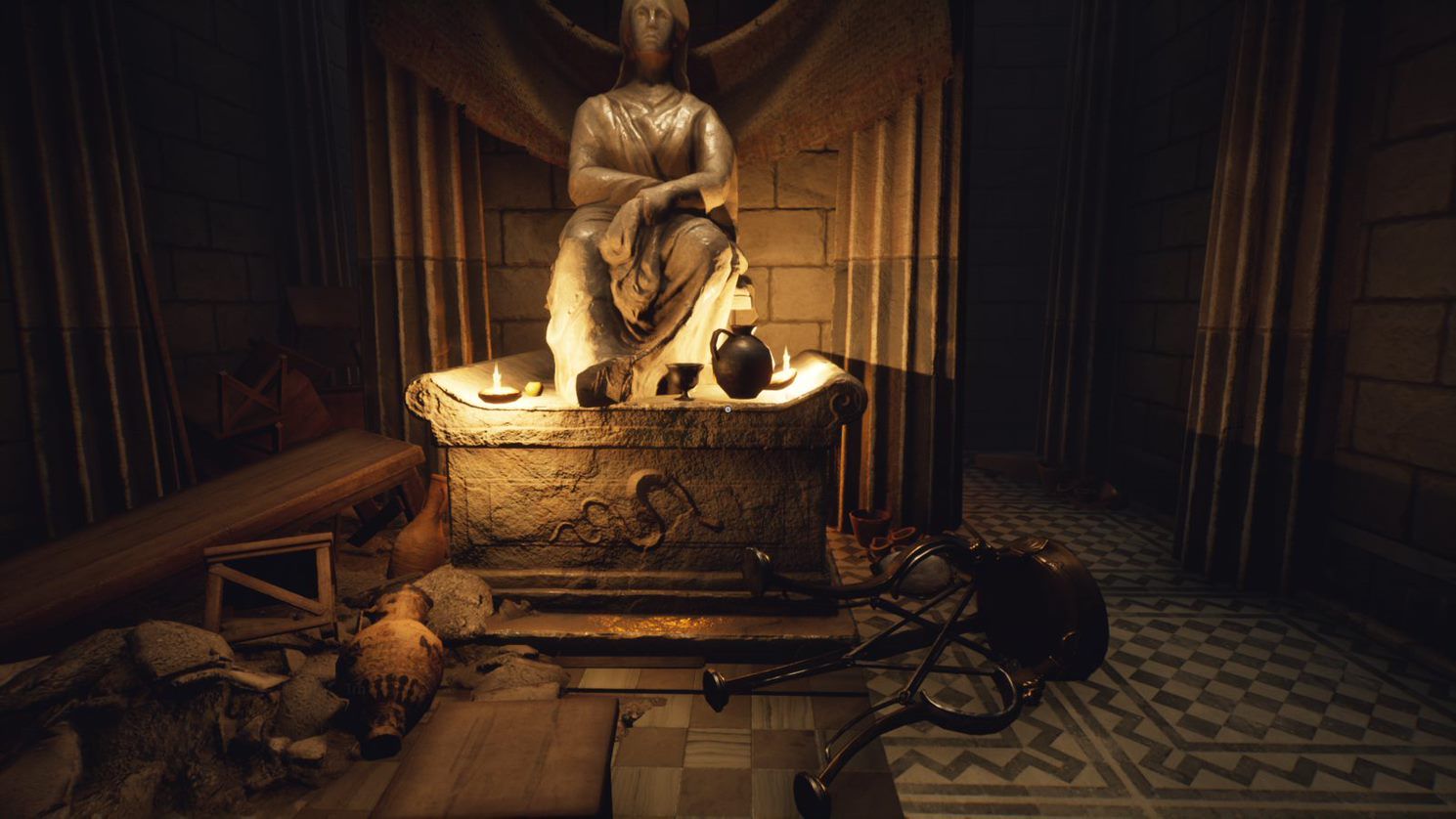 The Temple of Demeter can be found next to the collapsed temple. Go in and then go to the right side of the statue to find a secret entrance. Follow the path all the way down to find the Philosophical Hermit. You can tell him you're looking for Khabash and he'll agree to give you more information if you have a debate with him. He'll only debate you if you've learnt the name of the God responsible for the Golden Rule, which you will have if you've completed The Common Thread. 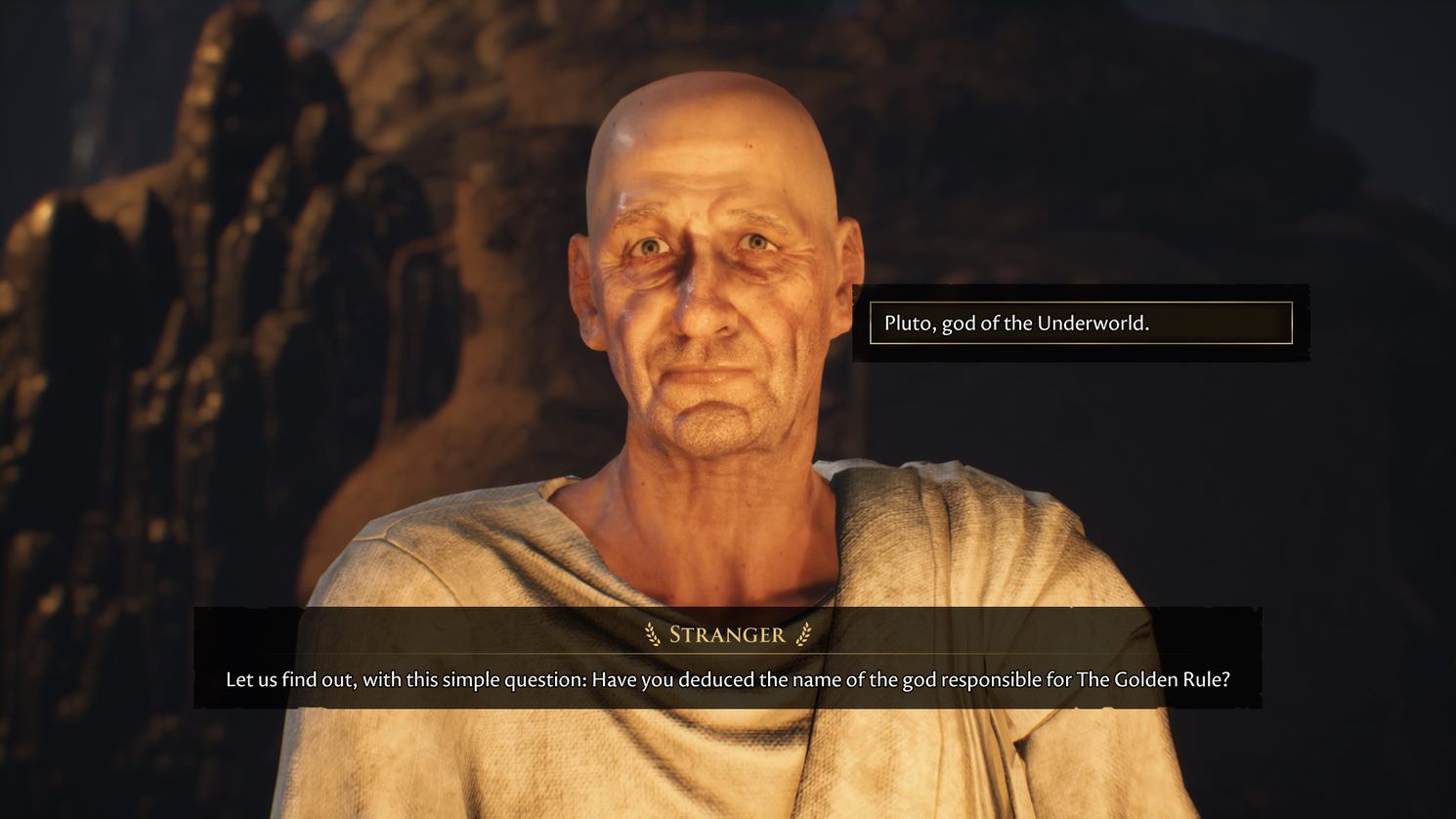 Tell him the identity of the God and he'll ask you to debate him. You can choose to, or say you'll pass and then talk to him again to get the key to the temple. If you do debate him, try not to annoy him otherwise he'll stop speaking to you and force you into a time loop reset. Once you have the key, go towards the catacomb door and unlock it. 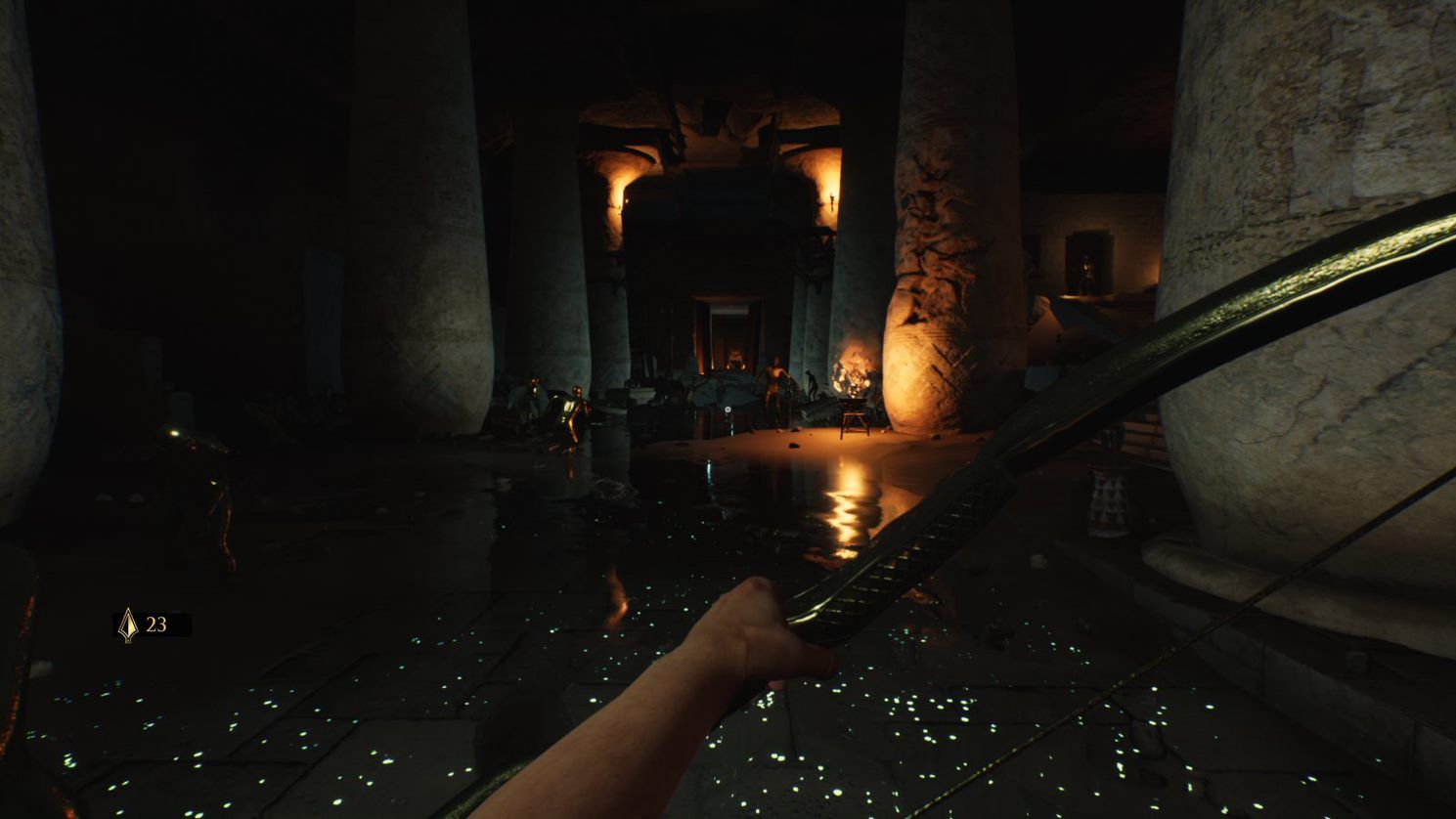 Follow the catacombs path all the way down until you reach a big door. Past this door, you'll find an area with arguably the most enemies in the whole game. A ton of peeled statues will be down here, requiring you to either shoot them with the Golden Bow to gild them or to just run past. There's a lot of them here, but if you take too much damage then you can run and let your health recover. There are also several pots that will restock your arrows here. Nothing is stopping you from running, though. 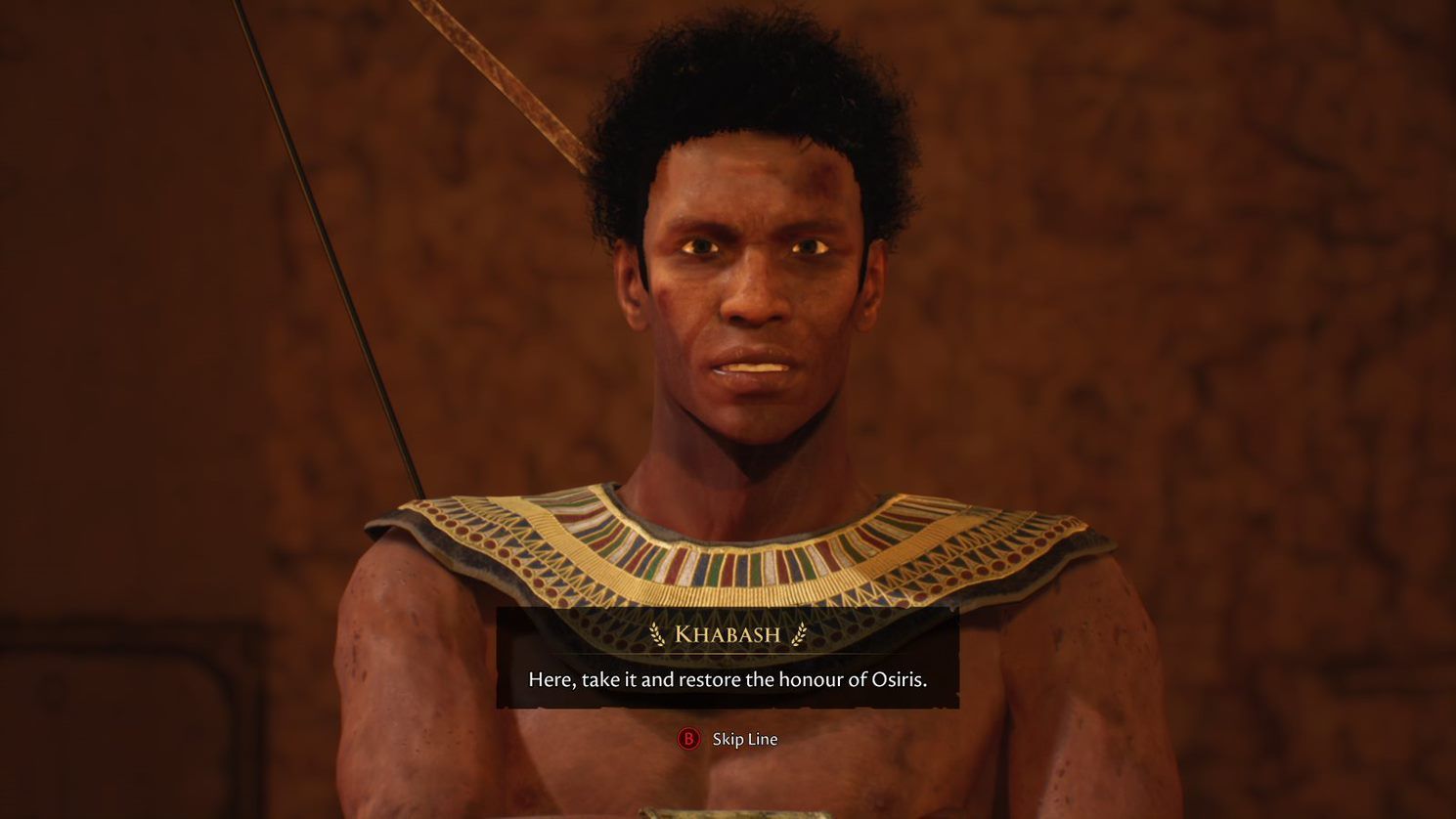 Once you've got past this area, you'll find Khabash. Talk to him and say you're looking for the plaque and he'll give you the Egyptian one without any trouble. Great news, right? Wrong. He'll also inform you that he's in possession of the mystery plaque, but wants to get rid of it because it shows that his Gods aren't found in just his religion. He'll then drop it down a hole, no matter what you say. 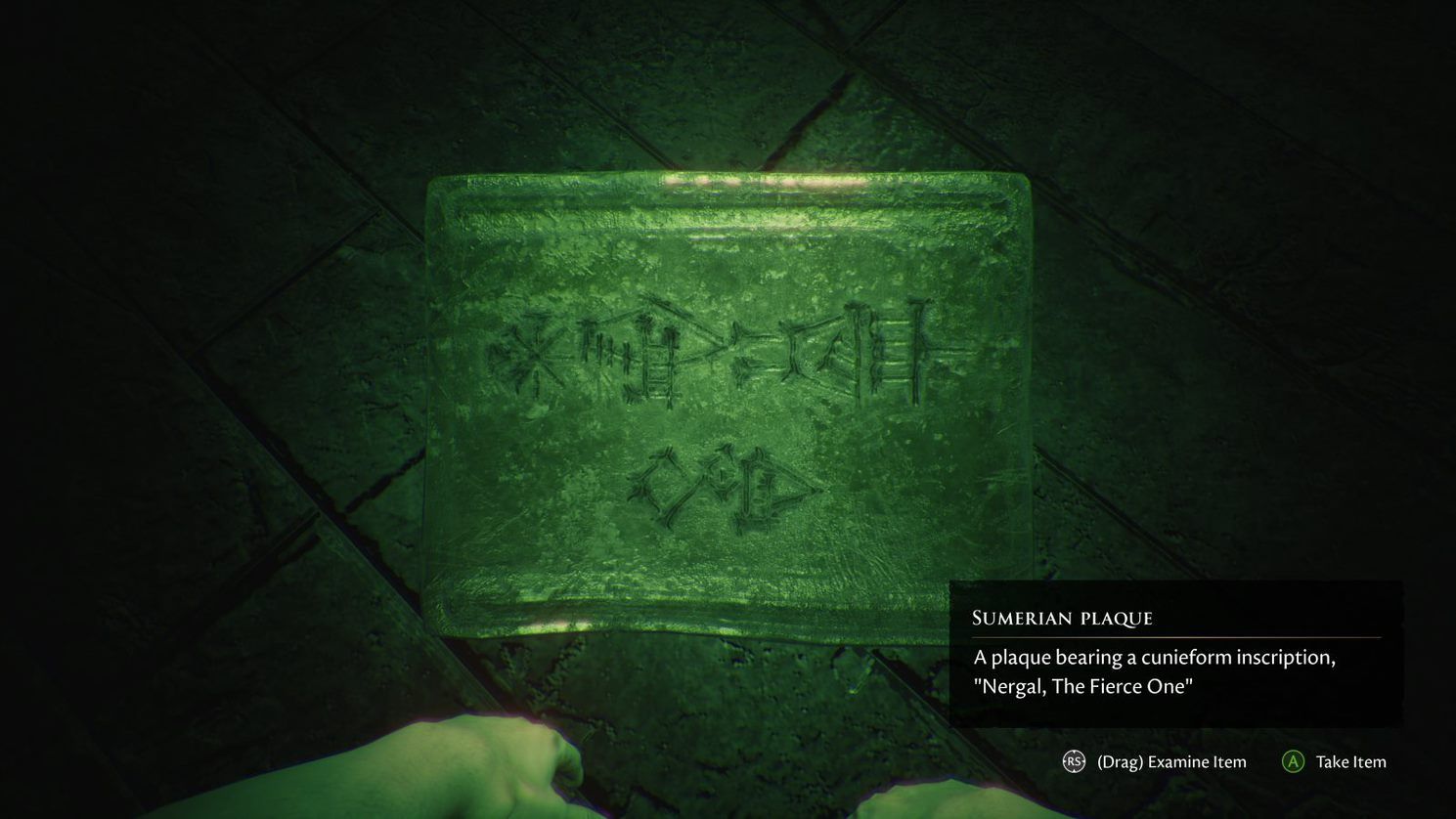 To get the plaque you'll need to, you guessed it, jump into the hole after he drops it. Jump into the water below to grab the plaque. You'll now be in the Egyptian underworld. You'll hear lots of mechanical scraping but the path ahead is pretty clear and free of danger. The only thing you need to look out for are massive boulders that come at you once you step on switches, but they're made pretty obvious and make a huge noise as they roll past you. 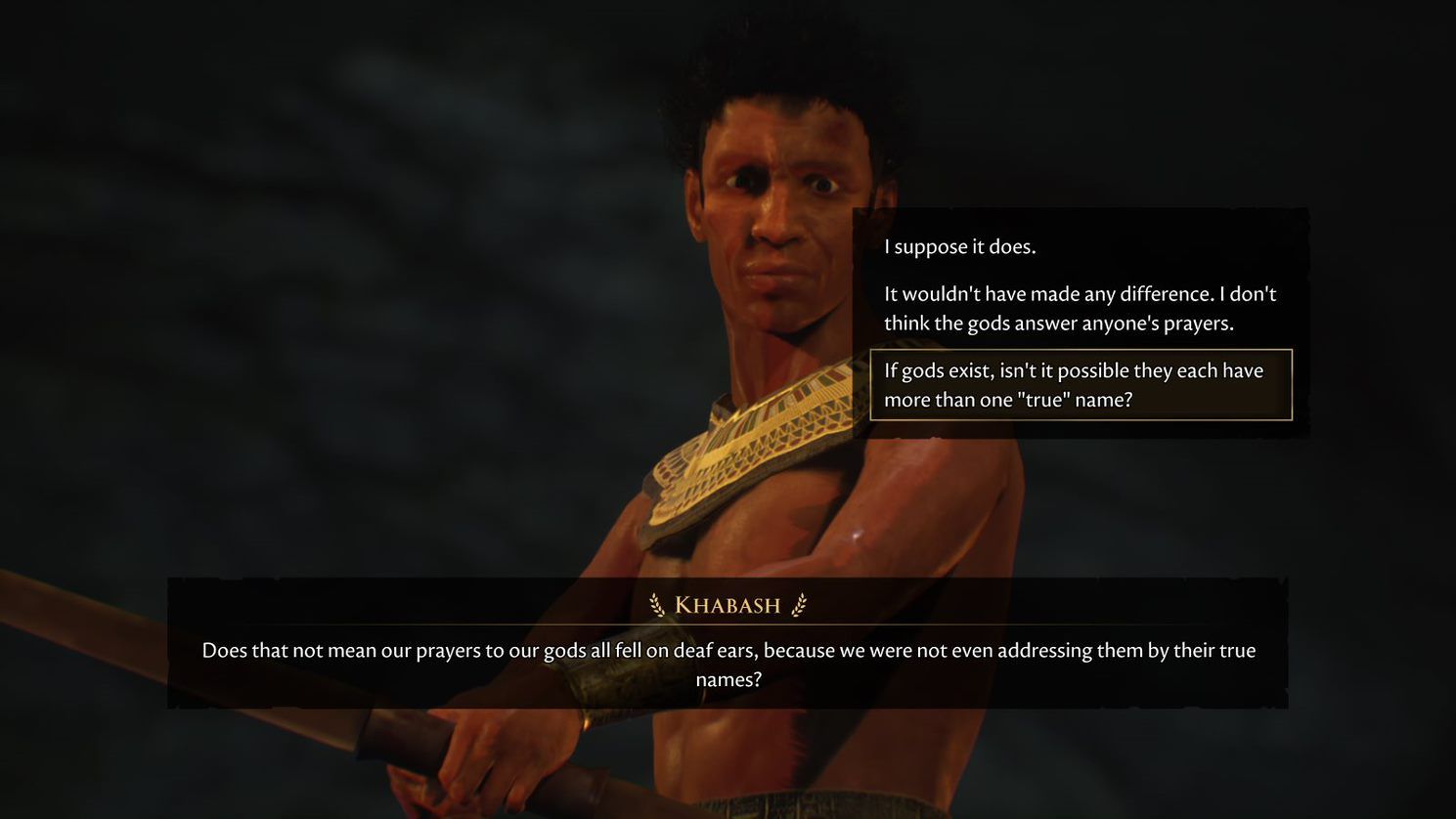 After triggering two of the switches and following a fairly linear path, you'll run into Khabash, this time wielding a bow and arrow and seeming pretty intent on killing you. Follow this conversation line to stop him:

After this, Khabash will let you live and keep the mystery plaque and you'll have managed to round up over half of the things necessary to complete the quest in one fell swoop. Good going.