There are many new additions to The House Of The Dead: Remake compared to the original. Besides a fresh coat of paint and additional game modes, the rail shooter also offers a choice between two scoring systems: Classic and Modern.

Since The House Of The Dead: Remake is an arcade-style game that encourages beating point records, you'll want to know how to make the most of each system. Both prioritize different gameplay styles while offering subtle features that affect the game's story.

What Is Classic Scoring? 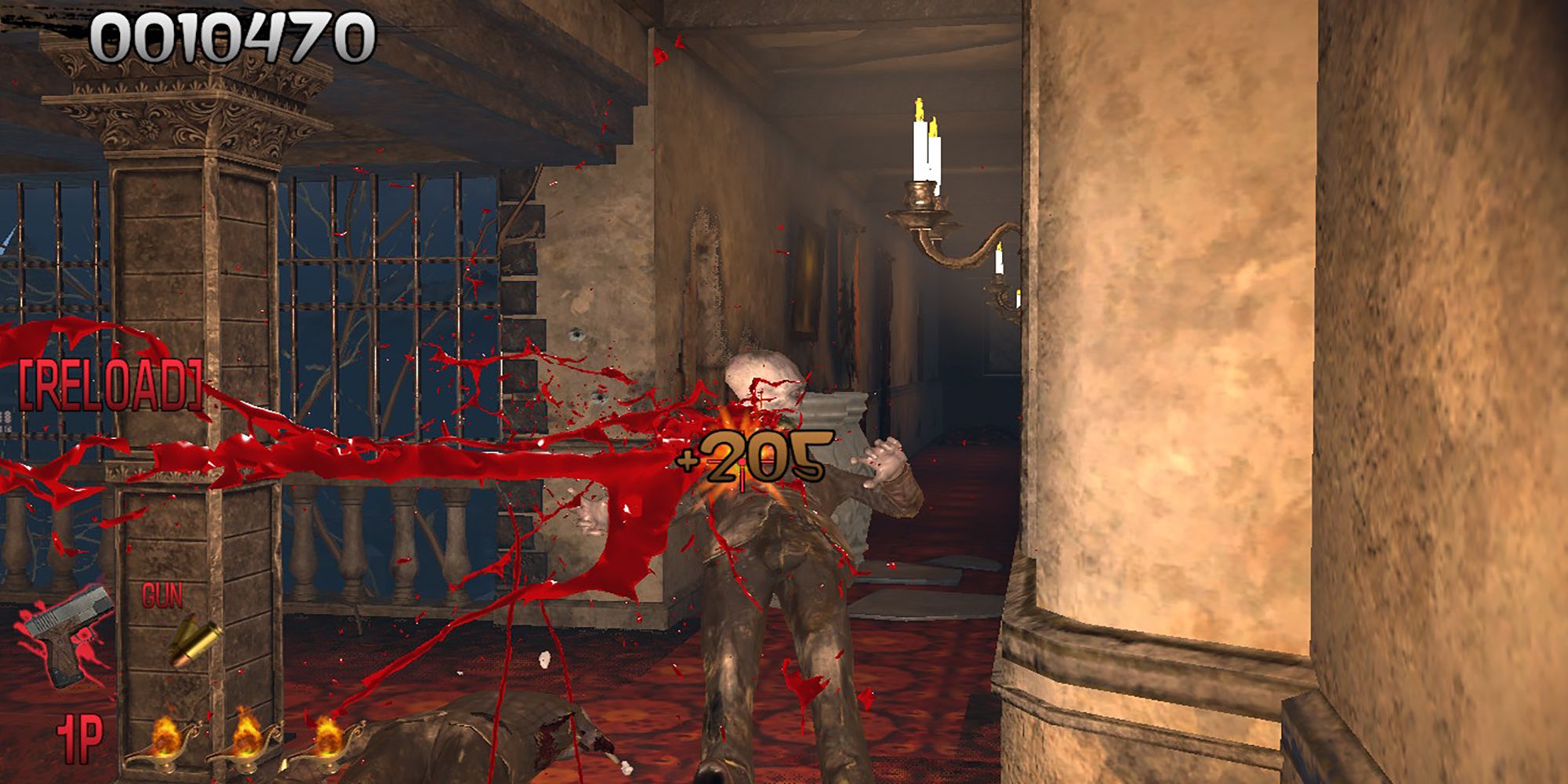 The House Of The Dead: Remake's classic scoring system stays true to the scoring method of the original 1996 title. Classic scoring has a base rate for shots, resulting in a lower payout. This low payout adds to the campaign's difficulty since points can get exchanged for additional continues at 5,000 a pop.

Furthermore, Classic scoring rewards more points for headshots over other body parts. In other words, there is one flat rate for body shots and a higher rate for headshots.

As for point loss, your score gets negatively affected when you get attacked or shoot a scientist with your gun. Conversely, if you rescue a scientist, you'll receive a significant point bonus.

One more interesting note is that Classic scoring does not allow you to choose a secret agent character. Instead, the game assigns agent Thomas Rogan to player one and Agent G to player two.

What Is Modern Scoring? 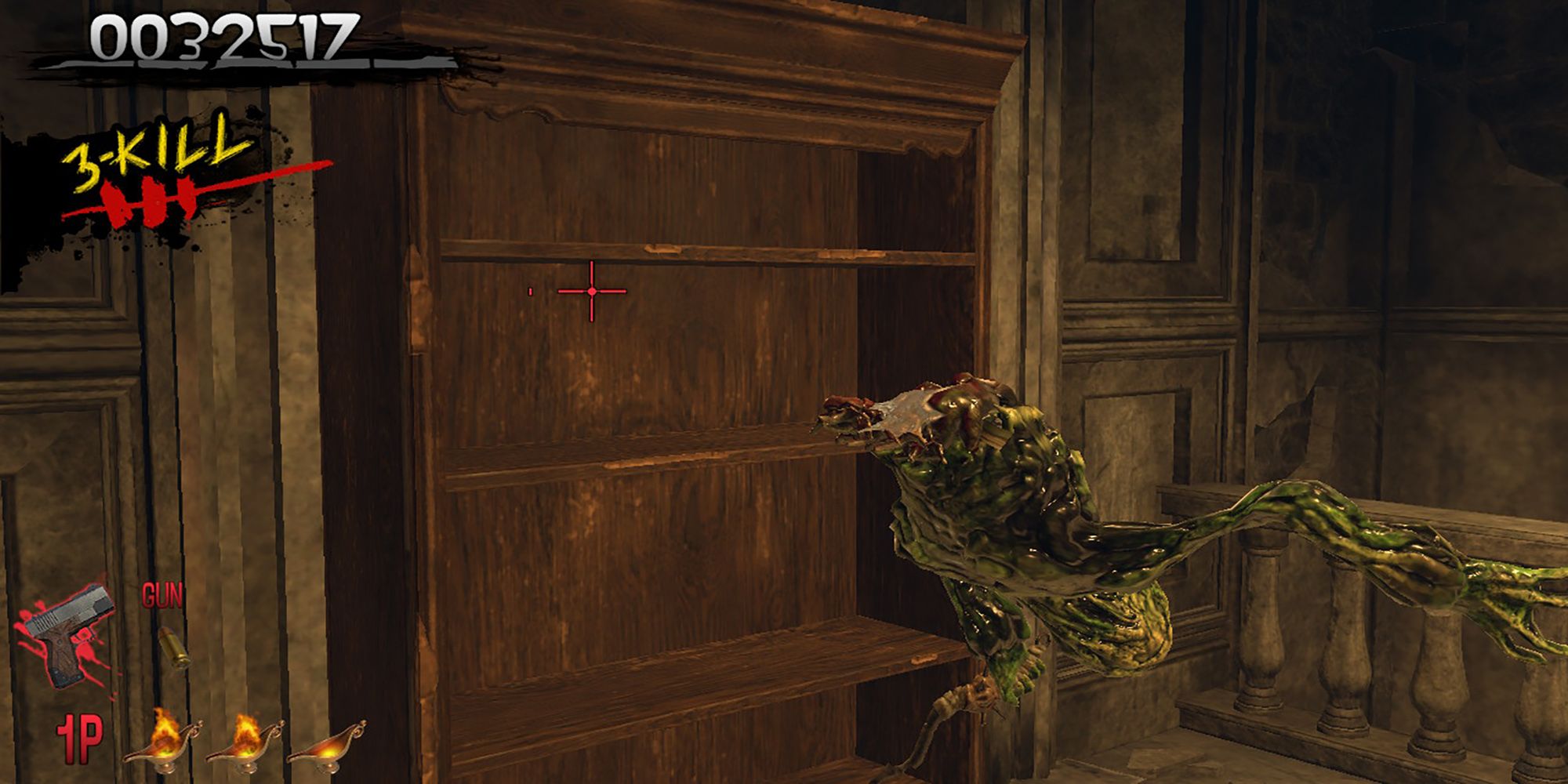 You can track your kill combos in the upper-left score section of the screen. Back-to-back kills fill your combo meter, and more meter rewards more points. However, this combo system caps at five kills.

As for point deductions, Modern scoring has none. Therefore, while you'll still lose health, you can take damage and kill scientists at no cost of points.

Another noticeable aspect of Modern scoring is its emphasis on time instead of aim. Whereas Classic scoring rewards more points for headshots, Modern scoring rewards more points for faster kills. In other words, the possible amount of points you can earn from a kill decreases as time progresses from the beginning of an enemy's appearance. Furthermore, Non-lethal shots reward points similarly, from what we can tell.

As for character selection, Modern scoring gives you the option to play as either Thomas Rogan or Agent G, who each have a slightly different story.

What Scoring System Should I Use? 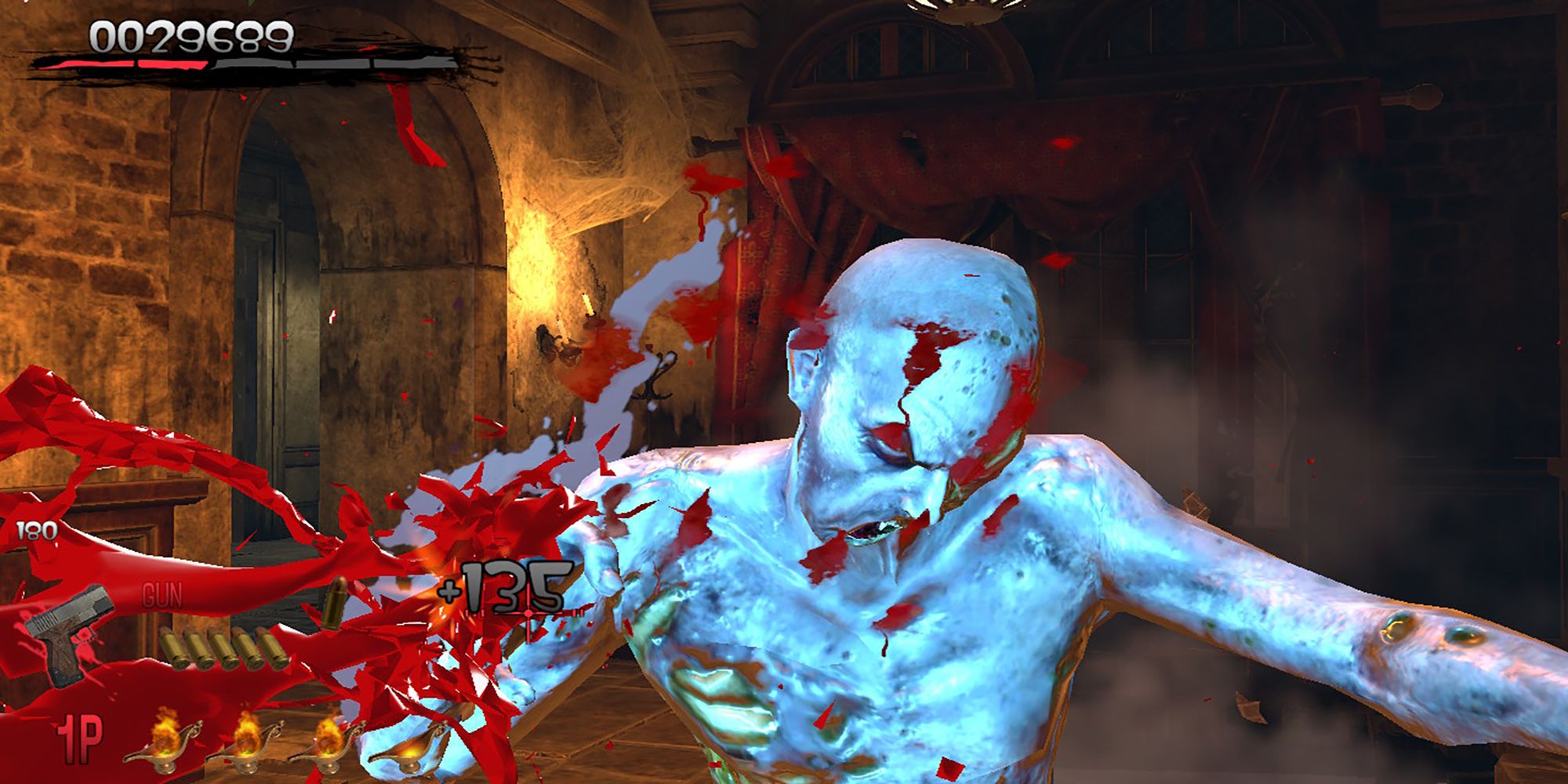 We recommend trying out both when it comes to the two scoring systems. Still, because of its lower point payouts, Classic mode is the better option when you're looking for a challenge. However, Modern scoring is best if you're having trouble finishing the campaign. The new scoring system offers more rewards, resulting in more available points to use once you run out of continue tokens. And believe us, you'll undoubtedly need those additional continues in your first playthrough.