Near the start of The Knight Witch, Rayne searches tirelessly for her husband amid the mysterious invasion. Along the way, she meets several other people she can rescue, including two guards. Once they're saved, they go back to the castle and stay there. While that means they're safe, their problems aren't over.

When you visit them later, you discover that they're missing the third member of their little crew. Thankfully, you get a chance to help them out by finding their loyal companion. But where is he? Follow this guide to find him and gain the Good Boy Pistola achievement or trophy. 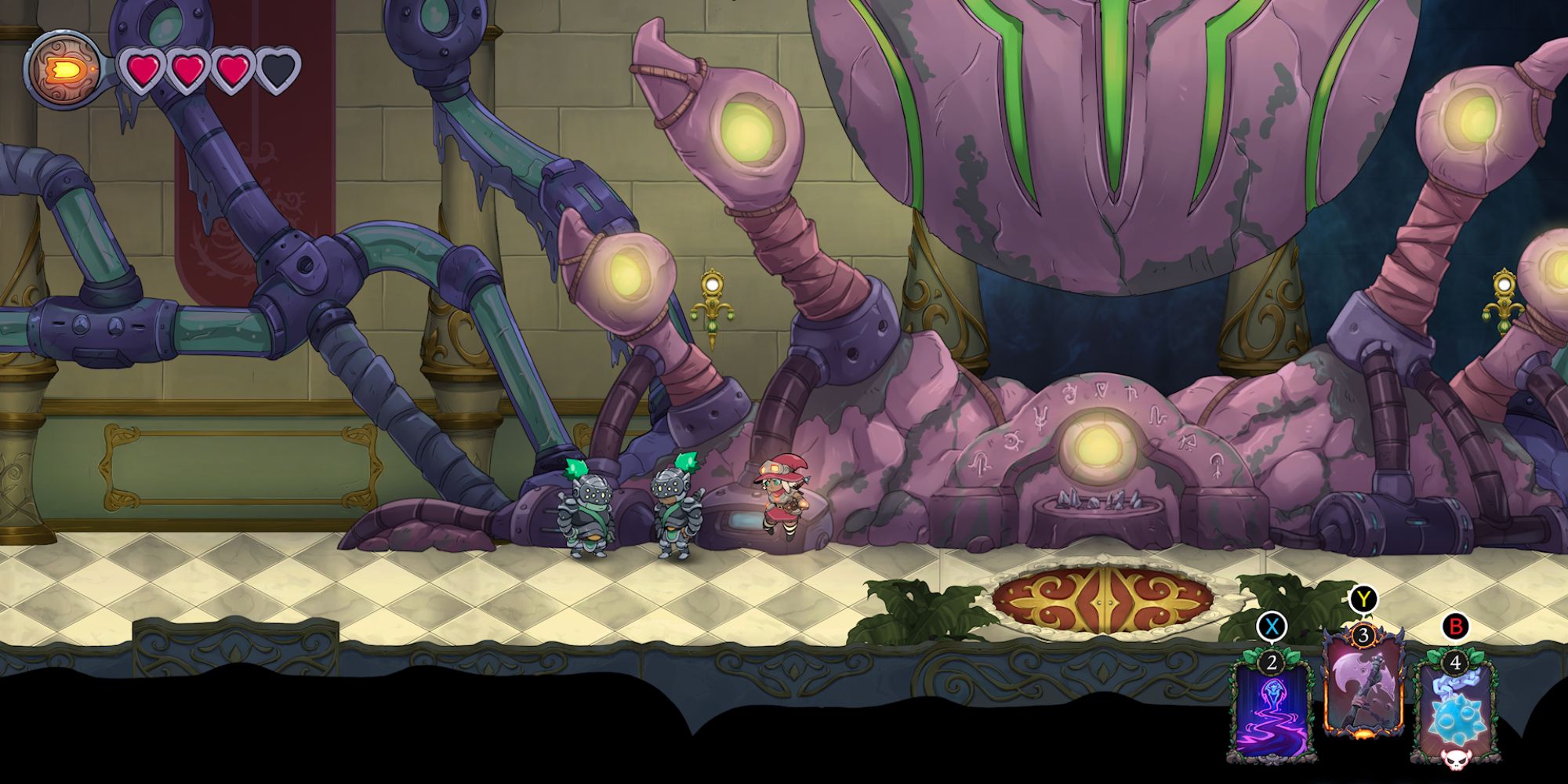 You can only acquire this quest after becoming a Knight Witch. So, once you receive the honor, head to the central area at the top of the castle to find the two guards you rescued earlier.

Talk to them to find out that they're actually part of a trio, but their teammate is missing.

They ask if you can find him and bring him back to the castle. As they don't think he'll trust you straight away, they give you some dog tags to prove that you're with the guards. 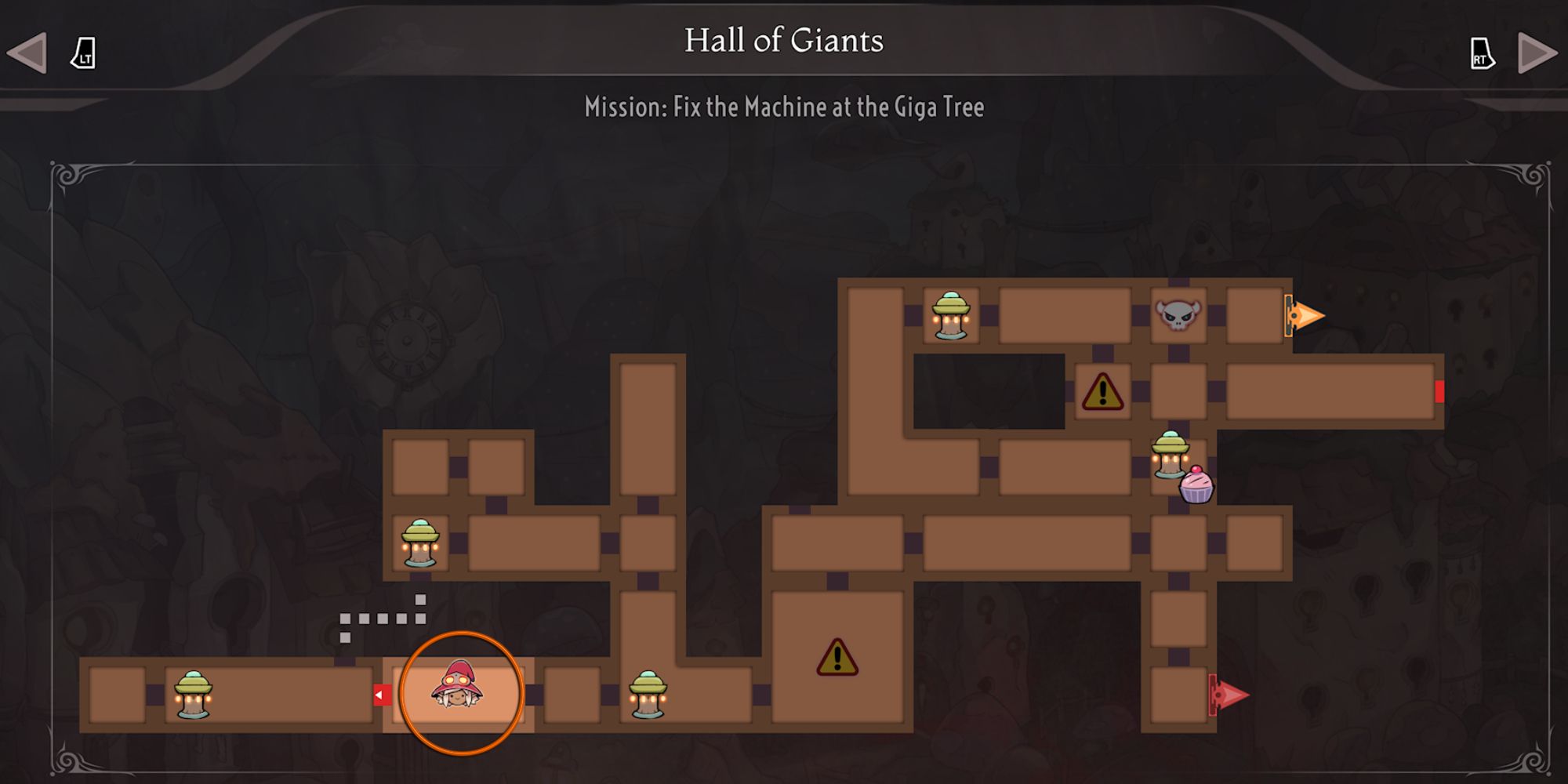 This is where the difficult part comes, as there is no marker showing where their friend Pistola is located. All you're told is that he's near your house.

So, go to the portal within the castle and teleport to the Town Market area. Then head left to reach the Hall Of Giants region. From there, you must head towards the bottom left corner of the map, just beyond your house. 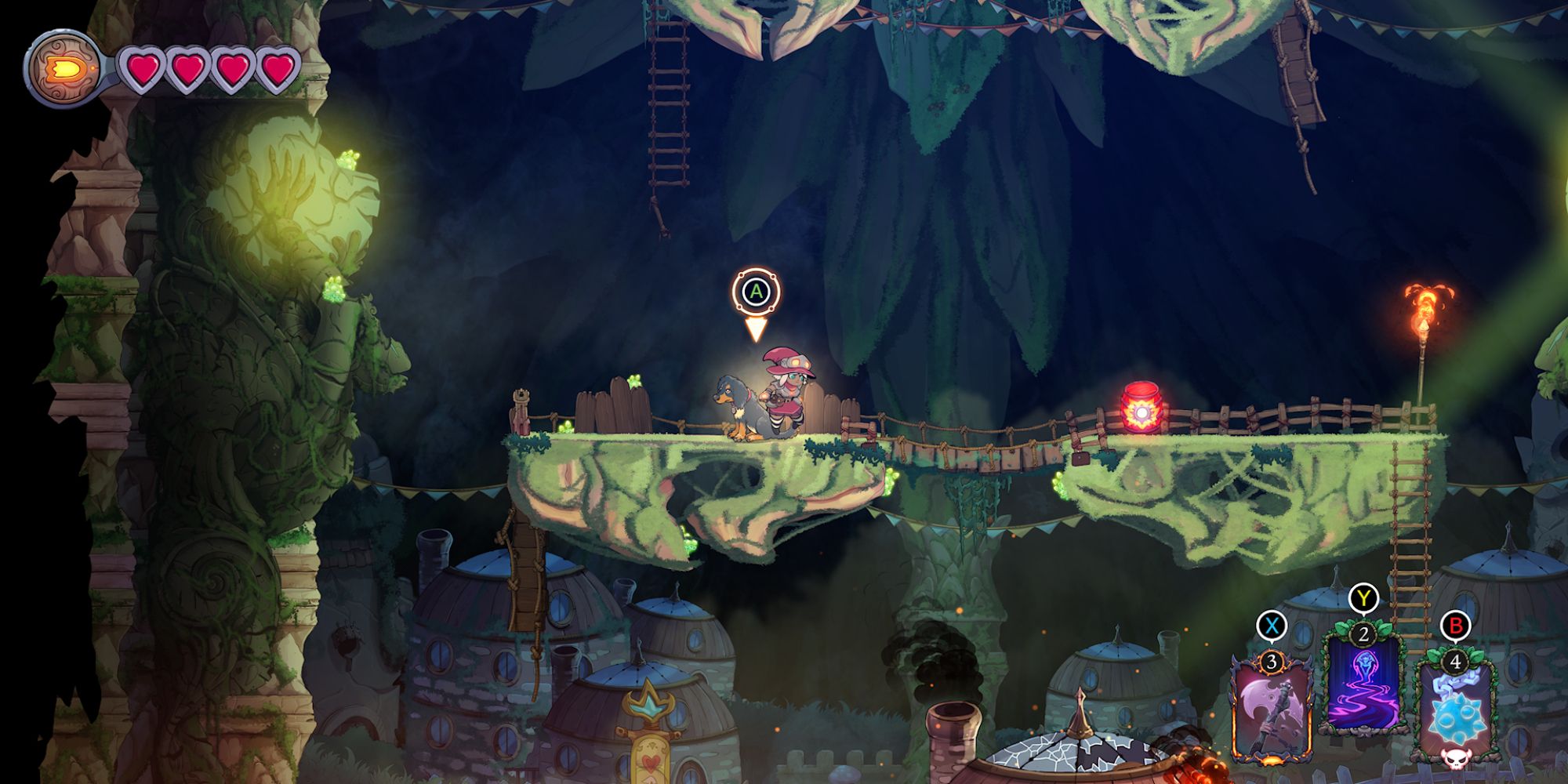 Once at the spot, deal with any defenses and float down to the lower level to find a dog sitting there. It becomes immediately clear that the partner the guards were talking about is a canine. Interact with the animal and show him your dog tags. 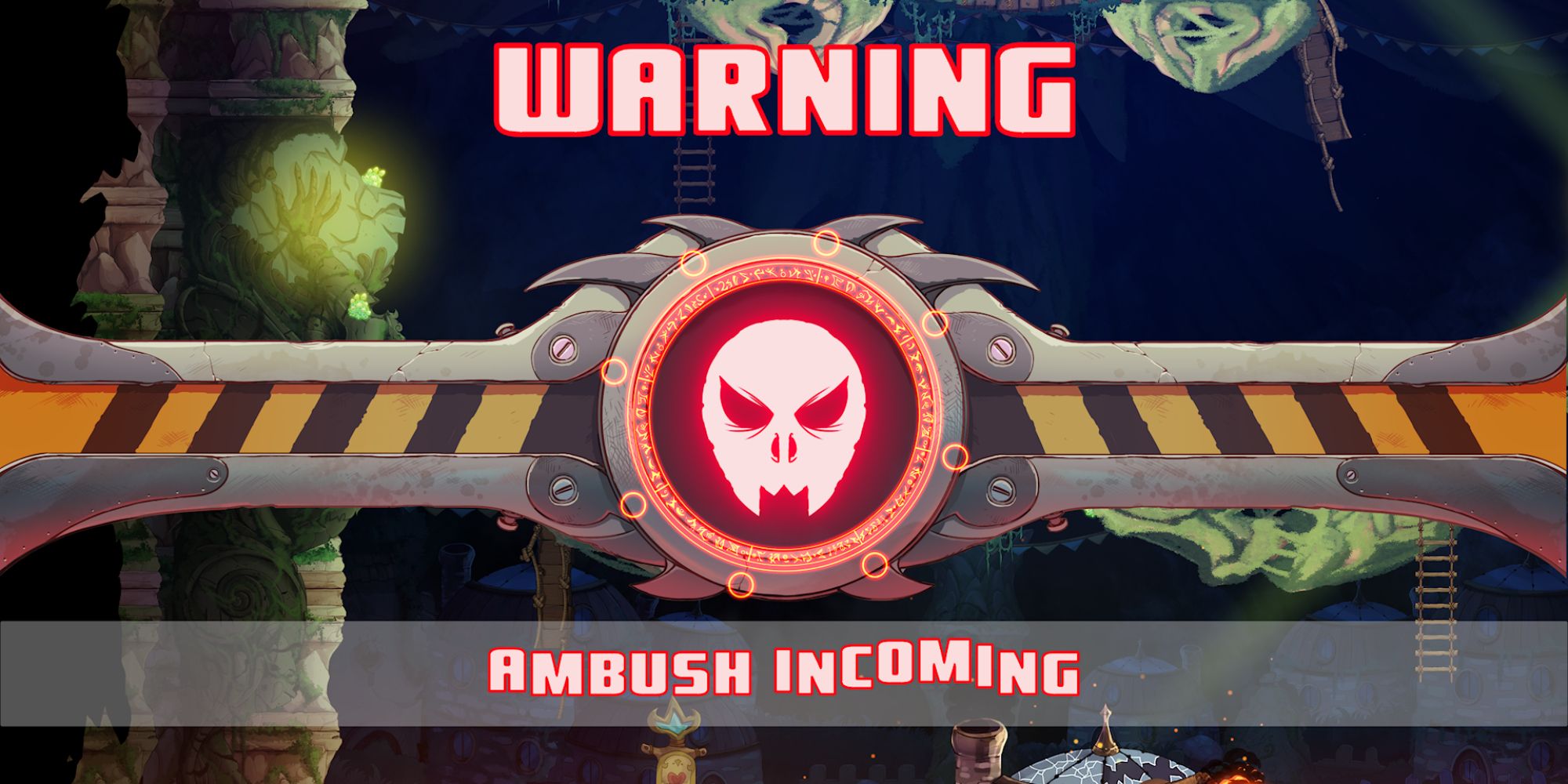 Initially, he doesn't trust you, so he barks. This gets the attention of nearby enemies, who then ambush you. The proceeding fight isn't an easy one, as there are some tough adversaries among the group.

There are a few explosive barrels around that can give you a bit of an advantage. Plus, you can put part of the environment between you and the ambushers to avoid fighting them all at once.

When you've defeated them, interact with the dog again. This time it goes better, and he joins you. 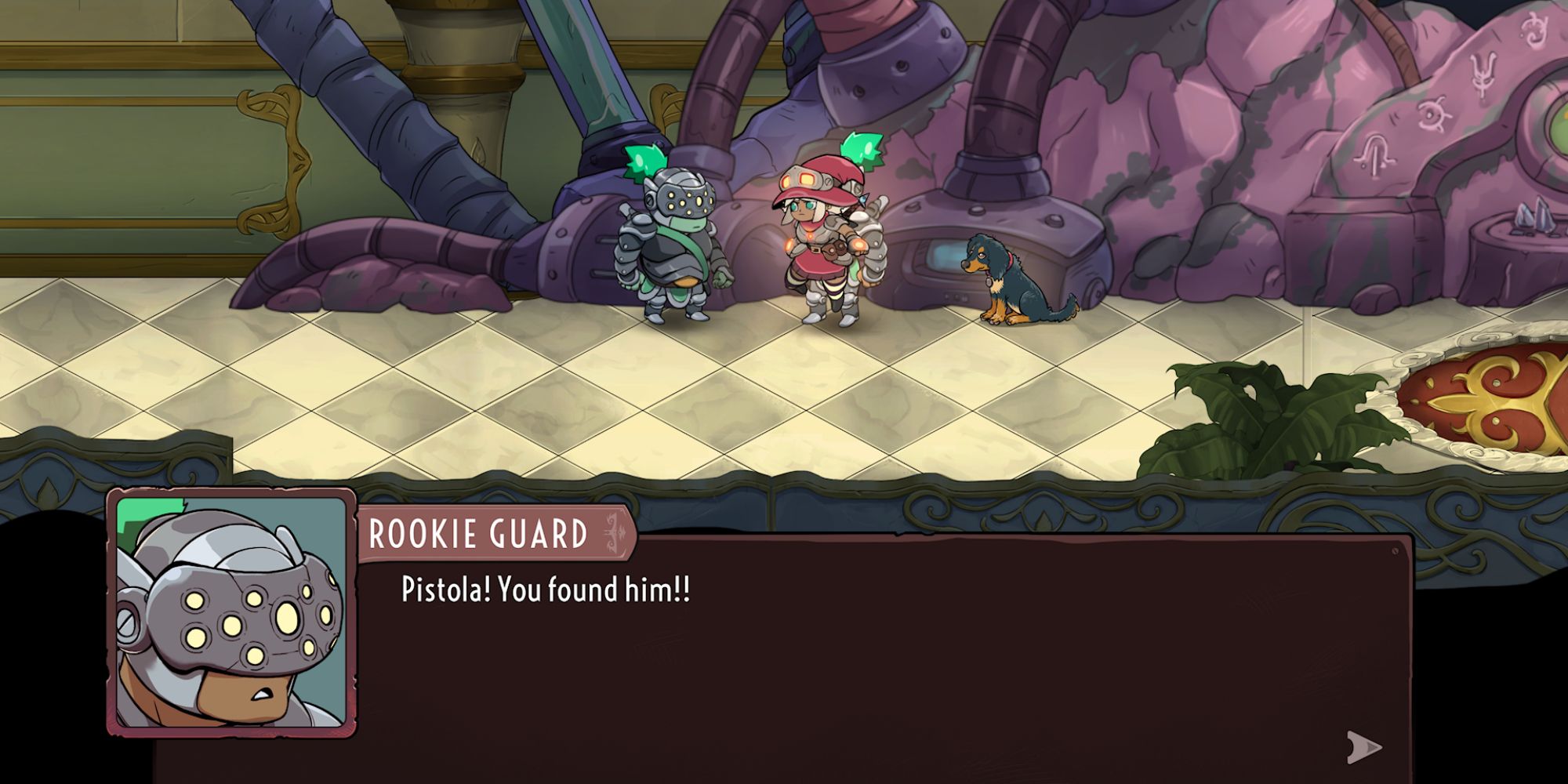 Your final objective is to bring the dog back to the guards. So, make the long journey back to the castle. You can find the duo in the same place they were previously.

Interact with them to hand over Pistola. In return, your link will improve, and the rescue mission will be over.