Ahead of the September launch of The Last of Us Part I, I've been playing the original PS4 remaster. This is the first time I've hung out with Joel and Ellie since I reviewed the PS3 version back in 2013, and I'm finding its mix of tense stealth, savage combat, and slow-paced exploration as compelling as it was almost a decade ago. But of all the experiences the game has to offer, it's that last point that really stands out for me. I've realised that the moments that I really love in The Last of Us are the ones where nothing much is happening at all.

This is a game heaving with cinematic action set-pieces, nerve-shredding stealth horror, and chaotic shootouts—and I enjoy all of that stuff. But it's the quiet, thoughtful stretches of exploration inbetween that I look forward to the most: when the action temporarily subsides and you're free to absorb the game's haunting, atmospheric setting at your own steady pace. These serene moments are a merciful break from the relentless nightmare our heroes are being forced to endure, giving both them and you, the player, a chance to just breathe. 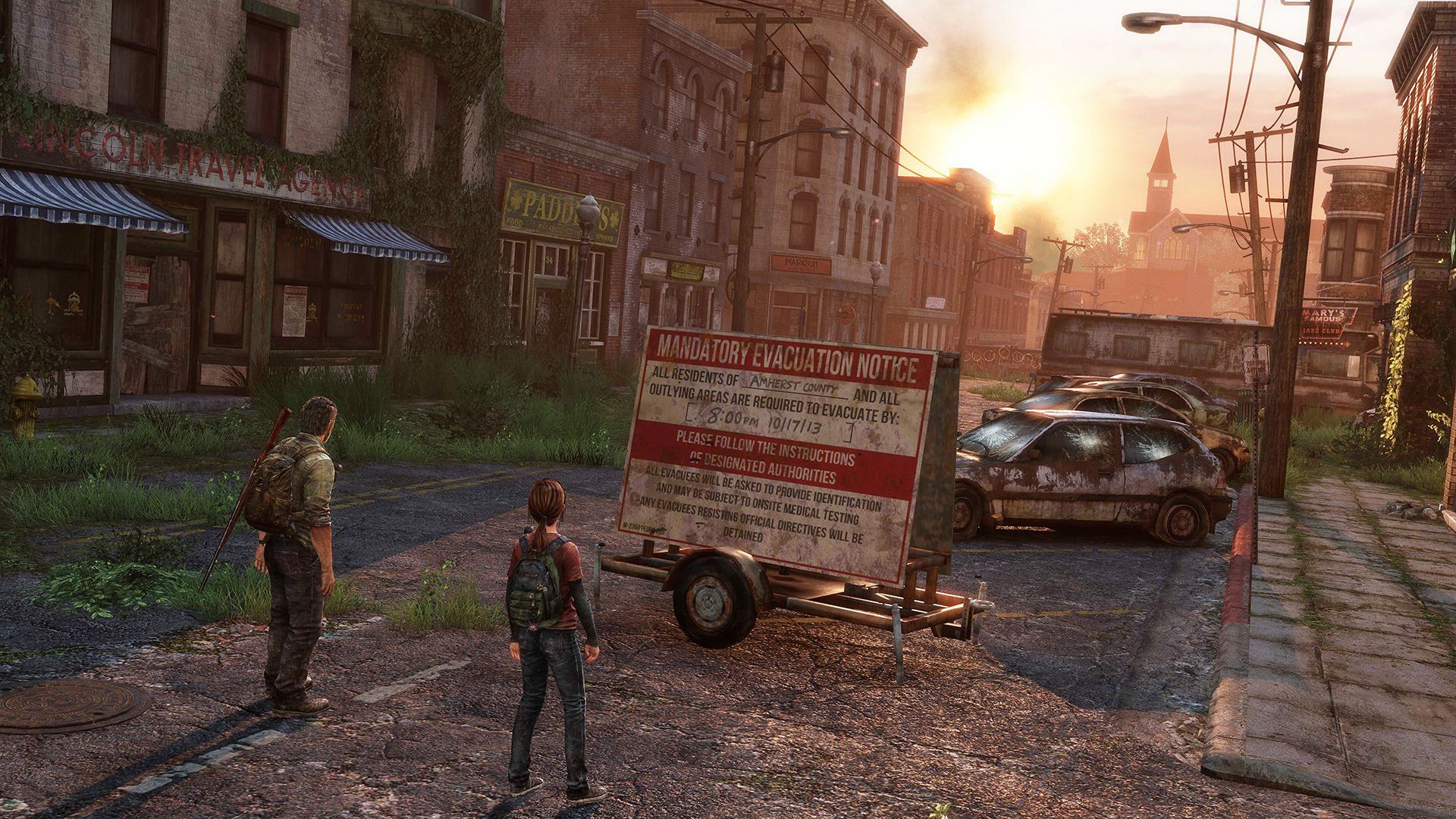 But, more importantly, they're also an opportunity to fully absorb Naughty Dog's beautifully realised setting. The world-building in The Last of Us is still spectacular, with a rich sense of place and a palpable atmosphere that draws you deep into its bleak, hopeless post-apocalypse. As I play the game today, I'm struck by how much the game can say without saying anything at all. Naughty Dog's artists are great at telling stories with little more than props, clutter, and careful placement of objects, which tinges every moment of exploration with melancholy.

In a half-collapsed skyscraper, seeing rows of abandoned desks with personal photos and knick-knacks strewn across them is subtly chilling. Rooting through abandoned suburban houses for supplies, seeing traces of the families who lived there, I feel guilty. This kind of environment design is a staple of post-apocalyptic media, but The Last of Us does it exceptionally well. It takes familiar, convincing scenes of the everyday—an office, a grocery store, an apartment—then violently defiles them in a way that really creeps under your skin.

You get a powerful sensation of rot too. Collapsed floors, mould-covered walls, flooded basements, and air conditioning units hanging limp from dropped ceilings all reinforce the idea that the human influence in these forgotten, cursed places is long gone. If you're a fan of the urban exploration subculture, a lot of this imagery will be instantly familiar. When people aren't around, buildings go to hell fast—even when there isn't a zombie apocalypse to deal with. This is a prime example of how authentic The Last of Us' environmental destruction is. 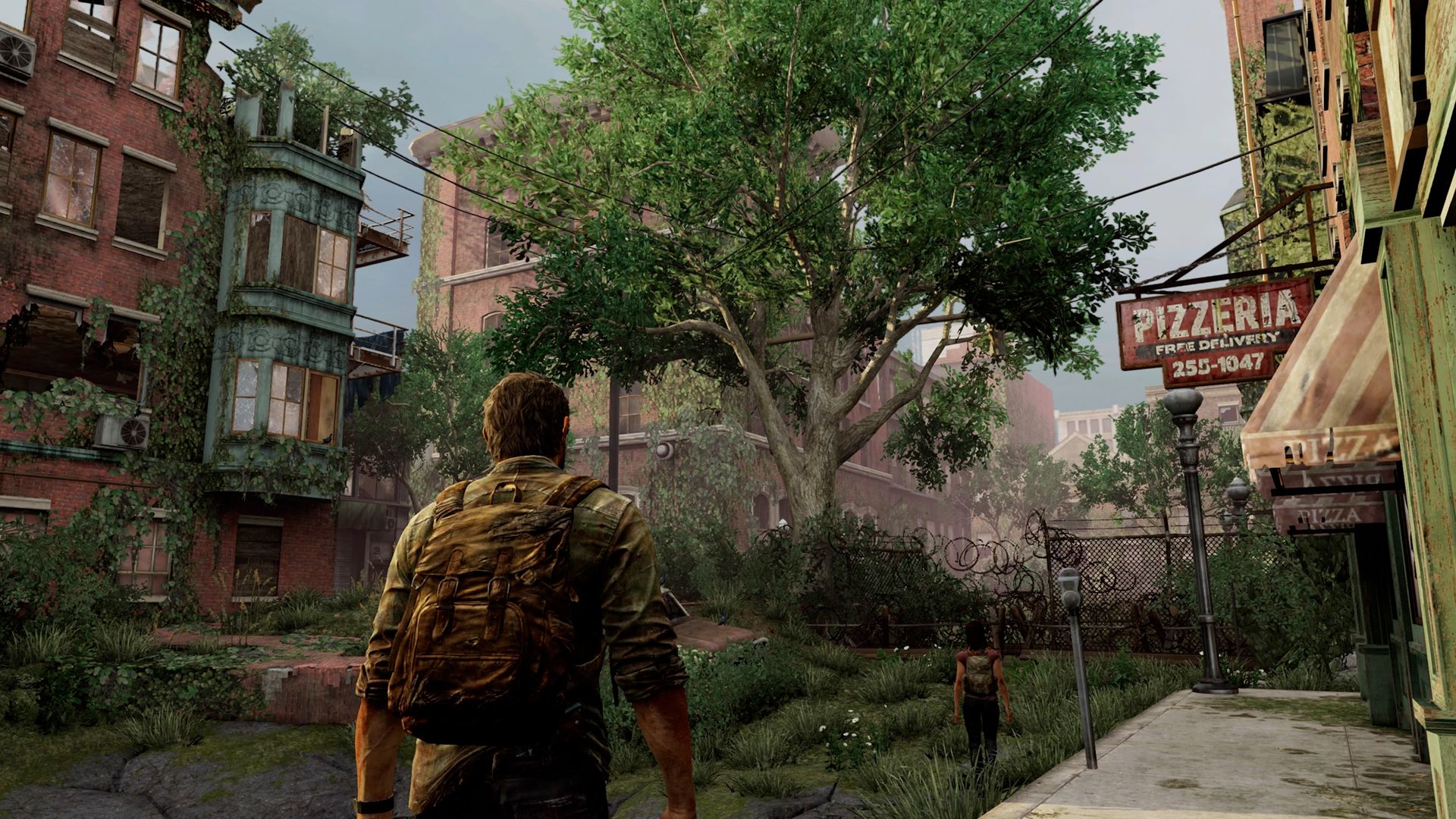 I'm always glad when I clear an area of enemies, because it means I get to explore without any distractions. Once all the runners and clickers have been choked, shot, or shivved into silence, I take great pleasure in snapping my flashlight on and having a really good look at my surroundings. This kind of snooping around is always rewarded too, because Naughty Dog has filled pretty much every corner of the game with some kind of intriguing, hand-crafted detail—not to mention the bonus crafting materials usually hidden off the beaten path.

It's a bleak world, but a strangely beautiful one too. Scenes of abandoned city streets overgrown with lush green flora, reclaimed by the unstoppable force that is nature, are equal parts sad and pretty. If you have a nihilist bent, it's probably an improvement: all that dreary concrete and steel replaced by flowers, trees, and flowing rivers. While a lot of post-apocalyptic worlds lean into the destruction and devastation of their cataclysms, The Last of Us acknowledges that it can be beautiful too, which stirs up some interesting emotions.

The Last of Us is known for its intense, devastating character drama, and while I do get swept up in this aspect of the narrative, I find the indirect way the world tells its stories a lot more impactful. Everywhere you go there are poignant echoes of past lives, and I find myself filling in the horrible blanks of what might have happened to these people when society went to hell. I was initially sceptical about whether this game actually needed a remake, but now I'm looking forward to Part I purely to see how much more evocative these environments can get.