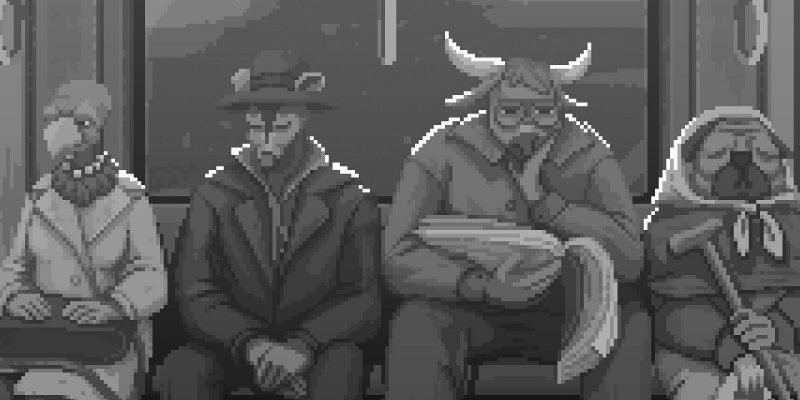 Okay, but what exactly is The Longest Road on Earth? Coming to PC and iOS on May 27, it’s more of an interactive music video than what we’d usually think of a game, and features a journey through four different character’s lives with twenty different songs. There are few choices to make along the way from the player perspective. I had a chance to ask the team behind the game a few questions about the experience. Check out the trailer below for a sense of what to expect with The Longest Road on Earth.

Game Informer: For making The Longest Road on Earth, why did you choose games as a medium instead of say, a short film or a music video, given that there are few decisions to make? Why add decision making to the mix at all? How do you feel this impacts the experience?

Edu Verz, art/narrative: We think that the interaction itself is the most powerful immersive element right now, even though our game has very little interaction we think that being able to control the characters and their actions makes the work as a whole have a more personal weight. Apart from that, making a movie could be something conceptually simpler, but the video game industry provides more channels to reach people. Being able to create a game from your computer in your bedroom and then being able to sell it on the same platform with almost the same opportunity to reach the same people as bigger companies, is something that we should protect as an industry since I believe it is something artistically historic.

What inspirations went into creating this game? What is your history/background in games? Favorite game? Favorite album? Favorite literary work?

Edu Verz – We’ve found inspiration in different media, from movies like Tokyo Stories to the music of The National. These all contributed to what The Longest Road is today. Prior to this game, we loved to explore different themes in video games that could provoke some empathy in players. I think we followed the same approach for this game, though with much more dedication as it’s significantly a bigger project. I don’t have a favorite game but if humanity ended there are a few games I’d send out to space as a representation of what we did, like Jalopy, Papers Please, and The Red Strings Club.

Beatriz Ruiz-Castillo (aka Beícoli), composer/music –  I really liked Wilmot’s Warehouse. I played it recently while having a lot of anxiety and it was the only thing that helped me get out of my head.

Mohammed Bakir, artist – My favourite album… I recently came back to it even though it affects me a lot when I listen to it is Mashrou Leila’s Ibn el Leil. I love it for all its powerful and political lyrics. I feel it gives a voice to many who literally don’t have it anymore. As for my favorite literary work, I think it would be Camus’ The Plague. The unexpected development of human values in the middle of a plague (that was a metaphor of something worse) that is shown in the novel brings a very needed hope in our times.

Beatriz Ruiz-Castillo – I don’t really have favorites but I always get inspired listening to really talented women. Lately I’ve been listening to Tanerélle, Foushée and Charlotte Cardin. As for a literary work, Siddhartha from Hermann Hesse impacted me a lot when I was younger.

What’s next for you after The Longest Road?

Edu Verz – we recently made the Brainwash Propaganda where we explained the other projects we have going on. We are a collective of about 9 people divided in mini-teams that work on different projects with the hope that some will make money for the whole group. So whatever it is we hope it will allow us to keep making games with the people we love.