The Pathless, a PS5 launch title from the makers of Abzu, tasks players with sprinting and flying through an open world while firing a bow and arrow at floating crystals and corrupted beasts. The game’s movement revolves around the bow, and the PS5’s Dualsense controller will enhance the experience on Sony’s next-gen console.

Unlike most games that feature ranged weaponry, the challenge in The Pathless does not come from aiming at targets. Instead, the game focuses on rewarding players for timing their shots well, blending rhythm and action together in order to destroy targets as efficiently as possible.

In real life, drawing back the string of a bow is a difficult task that requires a lot of strength. As pointed out in a recent preview published by IGN, the Dualsense’s haptic feedback, will actually allow the new PS5 controller to replicate the tension of drawing a bow.

In addition to dealing damage to enemies, being effective with a bow is also vital for traversing the game’s world. The map is covered in floating red crystals that the player can destroy. Thanks to traditional aiming being replaced by an auto-targeting system, players can run and shoot at the same time without ever needing to worry about slowing down. 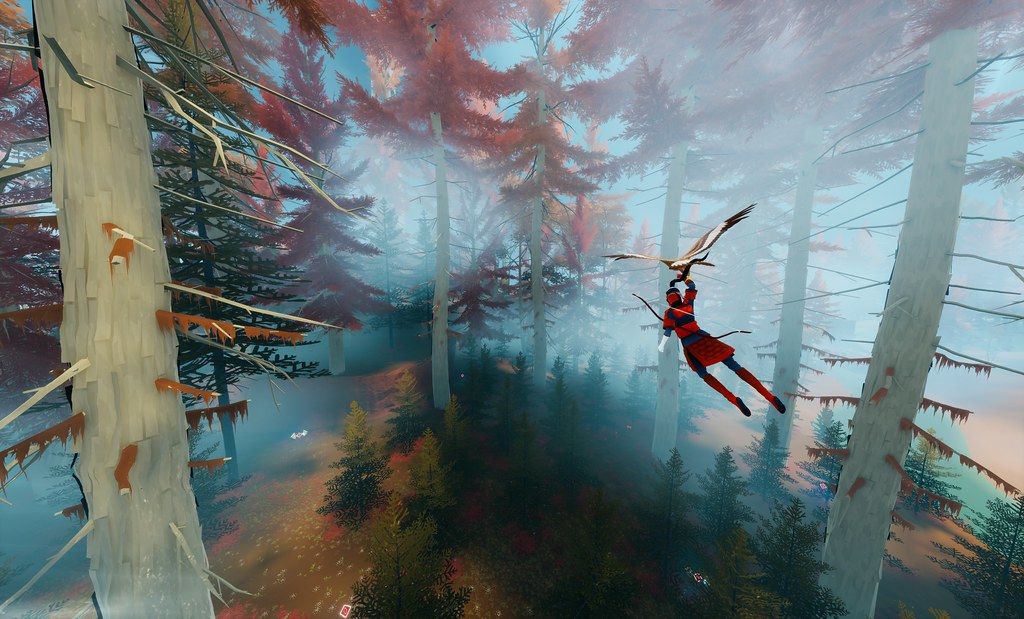 If a player times their shot well, their character will experience a short burst of momentum that will allow them to reach locations that they otherwise would not be able to. Chaining shots together allows for players to fly across the map, whether on foot or by eagle, and will make exploration more enjoyable and engaging.

According to Gamesradar, creative director Matt Nava claims that the haptic feedback will make it easier for players to determine when they need to fire in order to accumulate the most momentum. There is a sweet spot when players will get more speed, and the tension from the controller’s trigger will help PS5 players to quickly learn the timing.

If the haptic feedback is as effective as developer Giant Squid Studios says it is, it seems like PS5 will be the best place to play it. Luckily, The Pathless launches on November 15 as a PS5 launch title. The Pathless will also be available on PS4, PC, and iPhone through Apple Arcade.