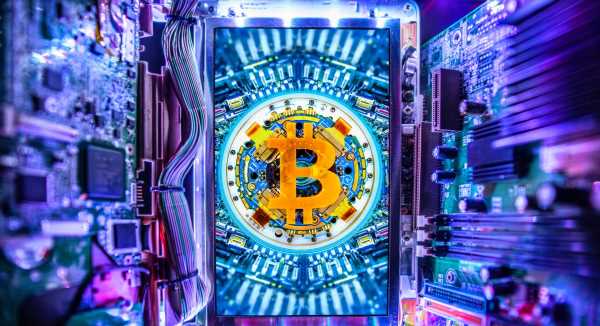 Some technological innovations revolutionize the way we live and change our political, economic and social structures. The steam engine, for example, spearheaded the industrial revolution by converting the energy generated by boiling water into mechanical motion. This generated vast economic growth, transformed society and altered political institutions. At Numbrs, we believe Bitcoin is a technology as revolutionary as the steam engine, an innovation that will likely upend the world’s financial and monetary systems, disrupt geopolitical configurations and alter social perceptions of economic value.

Bitcoin is an example of how technology is transforming the global financial system and how it can represent an alternative to the storage of economic value. At its core, Bitcoin is pure, unalterable mathematics powered by blockchain technology. It is a constant stream of cryptographic verification, which keeps an accurate and secure public ledger of transactions without the need for centralized control or financial intermediaries. As part of its mathematical attributes, the supply of Bitcoin is perennially limited at 21 million. No government, person or organisation can change that supply cap, nor can they control this network of transactions, which is now used by hundreds of millions of people, and which settles more transactions than the world’s leading credit card companies. Bitcoin’s elegant system has attracted hundreds of billions of dollars of capital. What began as a niche movement to restore privacy in a digital age, has become a magnet for increasing amounts of private and institutional capital. According to CNBC’s Millionaire Survey, nearly half of millennial millionaires have at least 25% of their wealth in cryptocurrencies. The growing importance of cryptocurrency among young millionaires has the potential to reshape the wealth management industry, as private banks, brokers and wealth management firms scramble to cater to a new, crypto-heavy clientele.

But there is more than just grassroots adoption. National and local governments are just starting to compete in order to attract the capital and innovation emerging from Bitcoin. El Salvador was the first country to make Bitcoin legal tender in 2021. U.S. states like Texas and Florida are developing accommodating jurisdictions for Bitcoin miners, investors and entrepreneurs. Cities in Switzerland, Brazil, the U.S. and other countries have also entered the Bitcoin competition by providing tax and other incentives. In South Korea, the March 2022 presidential elections saw Bitcoin become a central issue. Opposing candidates tried to outdo each other with Bitcoin-friendly campaign promises to win over the young vote.

The power of blockchain technology

Blockchain is the technology behind cryptocurrencies, and it can be thought as a massive public database shared by everyone and controlled by no one. In fact, Bitcoin’s grassroots adoption has been skyrocketing because of the safety and freedom that it offers. These attributes are particularly valuable in times of crisis and this has become clear in countries that are undergoing severe economic crises such as Lebanon, Russia, Venezuela, Argentina and Turkey as well as conflict zones such as Syria and Ukraine. These countries have shown how increasingly difficult is using or transporting heavy precious metals during a period of crisis. The war in Ukraine and the sanctions imposed on Russia, in particular, have proven this point most vividly. People on both sides of the conflict flocked to Bitcoin to avoid the impact of bank runs and to secure their assets in the easiest possible fashion.

Developed conflict-free economies are also enduring economic stress, which further makes the case for Bitcoin. High levels of inflation are decimating people’s purchasing power. This inflation is caused by the expansionary monetary policies of central banks that have kept printing money in order to finance government expenses. As governments continue to debase their currencies and face inevitable inflationary and debt crises, the power of blockchain technology will inevitably become increasingly recognised and a growing number of people will recognise the value of Bitcoin’s sound-money system. We believe there will come a tipping point where traditional fiat currencies become less desirable to commerce and individuals alike. At this point, people will look for other solutions and Bitcoin, due to its intrinsic features, practicality and limited supply, will become the only viable alternative. Its limited supply means that its purchasing power will not be constantly disintegrating as a result of conscious government policy. Instead, when applied systemically, it would introduce a deflationary system that increases purchasing power and gradually reduces the gargantuan debt burden which society has accumulated.

Once Bitcoin becomes the basis of a new monetary system, it will also be apparent how outdated and socially destructive the concept of wealth-preservation through the acquisition of precious metals is. Ecosystems are destroyed and labour is often abused in order to dig up precious metals from the ground. These metals are then melted and reshaped before they are put back underground in vaults. It also costs considerable time, money and effort to move these metals around and requires a sophisticated verification system of assaying to ensure the quality of the metal is equal to what is being proclaimed. Bitcoin, on the other hand, allows vast quantities of economic value to be moved across the planet instantly and safely.

Society will gradually realise that crypto should be seen as an unfolding virtual world where digital possessions will be similar to physical ones, virtual experiences similar to actual ones. The Bitcoin revolution has begun – we’re sure it will change the world.

Fynn Kreuz is the CEO of the Swiss Bitcoin company Numbrs.

Welcome to the VentureBeat community!

DataDecisionMakers is where experts, including the technical people doing data work, can share data-related insights and innovation.

If you want to read about cutting-edge ideas and up-to-date information, best practices, and the future of data and data tech, join us at DataDecisionMakers.

You might even consider contributing an article of your own!