If you are like most of The Witcher 3 fans, you’re probably yearning for more adventures after the war has ended and Geralt has defeated the wild hunt. It’s likely that you’re feeling a burning desire to relive the adventure from the beginning, especially if you didn’t get your desired ending, which is highly feasible as there are thirty-six of them. But hold off for just a hot minute because the post-game has more to offer than you might expect.

Aside from what feels like limitless easter eggs and additional lore, there are tons of tasks on Geralt’s to-do list to get him geared up for New Game Plus. You’ll definitely want to make sure that checklist is complete so you can make your second experience of Geralt’s adventure as rich and fruitful as possible.

You’ve learned just by making it through the main storyline that the Continent is a vast world, packed to the brim with lore, so it should come as no surprise that there’s still loads to uncover.

Definitely take the time to complete both expansions if you haven’t yet. Heart of Stone unlocks enchantments that you can equip to your gear for some powerful bonuses. The master armorer who imbues Geralt’s gear with these enchantments is capable of adding up to three empty rune sockets to gear as well. Blood and Wine, which some jokingly refer to as The Witcher 4 released as DLC, unlocks quite a bit more.

This is where Geralt can upgrade his witcher gear to the final grandmaster tier and access the mutation tree to enhance his abilities even further. Regis also leaves Geralt a Mutagenerator to convert monster kills into Greater Mutagens at the end of Blood and Wine. If that wasn’t enough, Blood and Wine makes Geralt a proud new homeowner. Corvo Bianco’s not so much a home as it is an entire vineyard, complete with staff lodgings, a stable for Roach, a garden for alchemy ingredients, a workshop, and an alchemy lab — the latter of which is critical for the next post-game must-do. 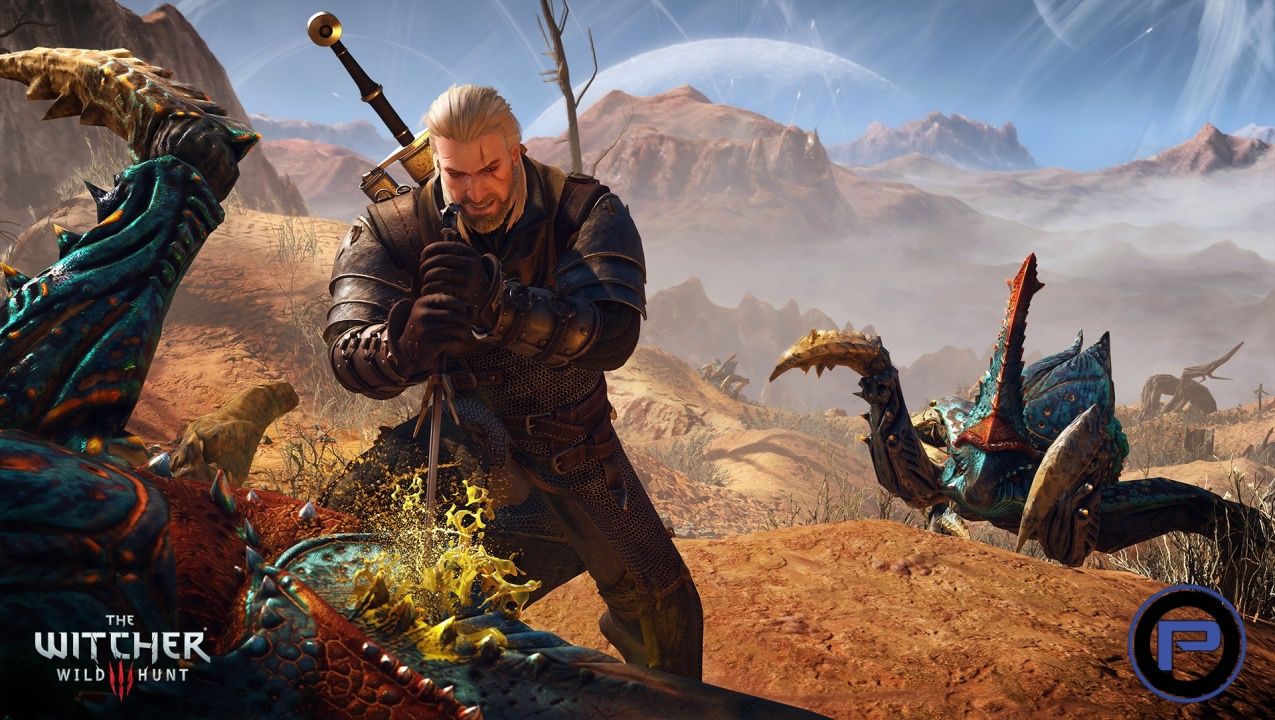 You’ll need lots of mutagens and other ingredients to start unlocking mutations, which in turn unlocks more ability slots. So kill everything and start stocking up. You’ll want to unlock as many mutations as possible before starting New Game Plus.

After utilizing the Mutagenerator, you’ll probably start to notice you’ve accrued less Greater Red Mutagens than Green and Blue by the end of your grind. You can even out Geralt’s supply by using the alchemy lab at Corvo Bianco to convert some of those to Red Mutagens. 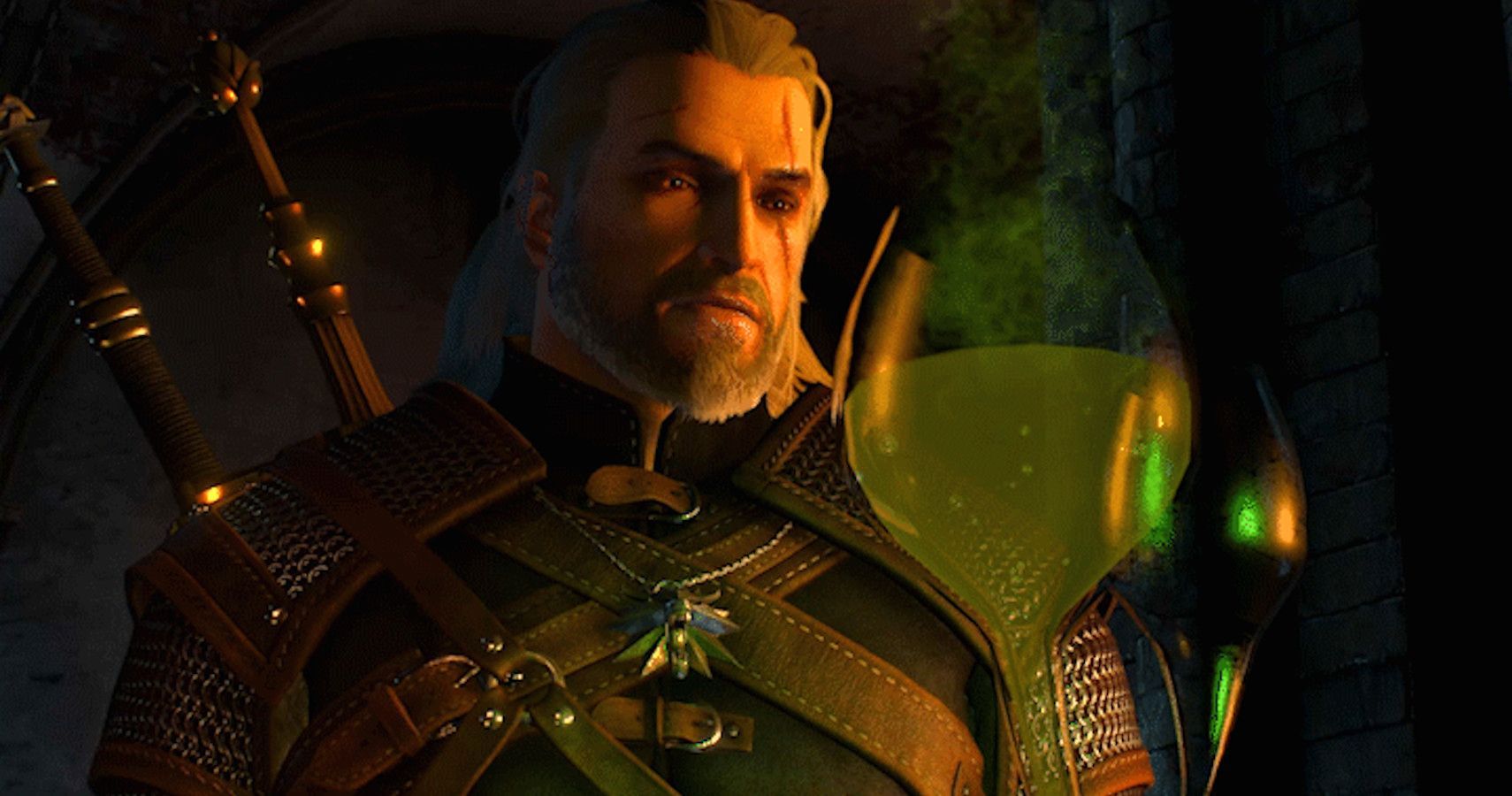 Take time to gather the ingredients needed to fully upgrade Geralt’s bombs, potions, decoctions, and oils. Also, be sure to craft any that you didn’t get around to brewing throughout the main story. Some formulas require certain monster mutagens that Geralt may only acquire one or two of along his adventures, so double-check which ones you’ll need before dismantling them for New Game Plus. 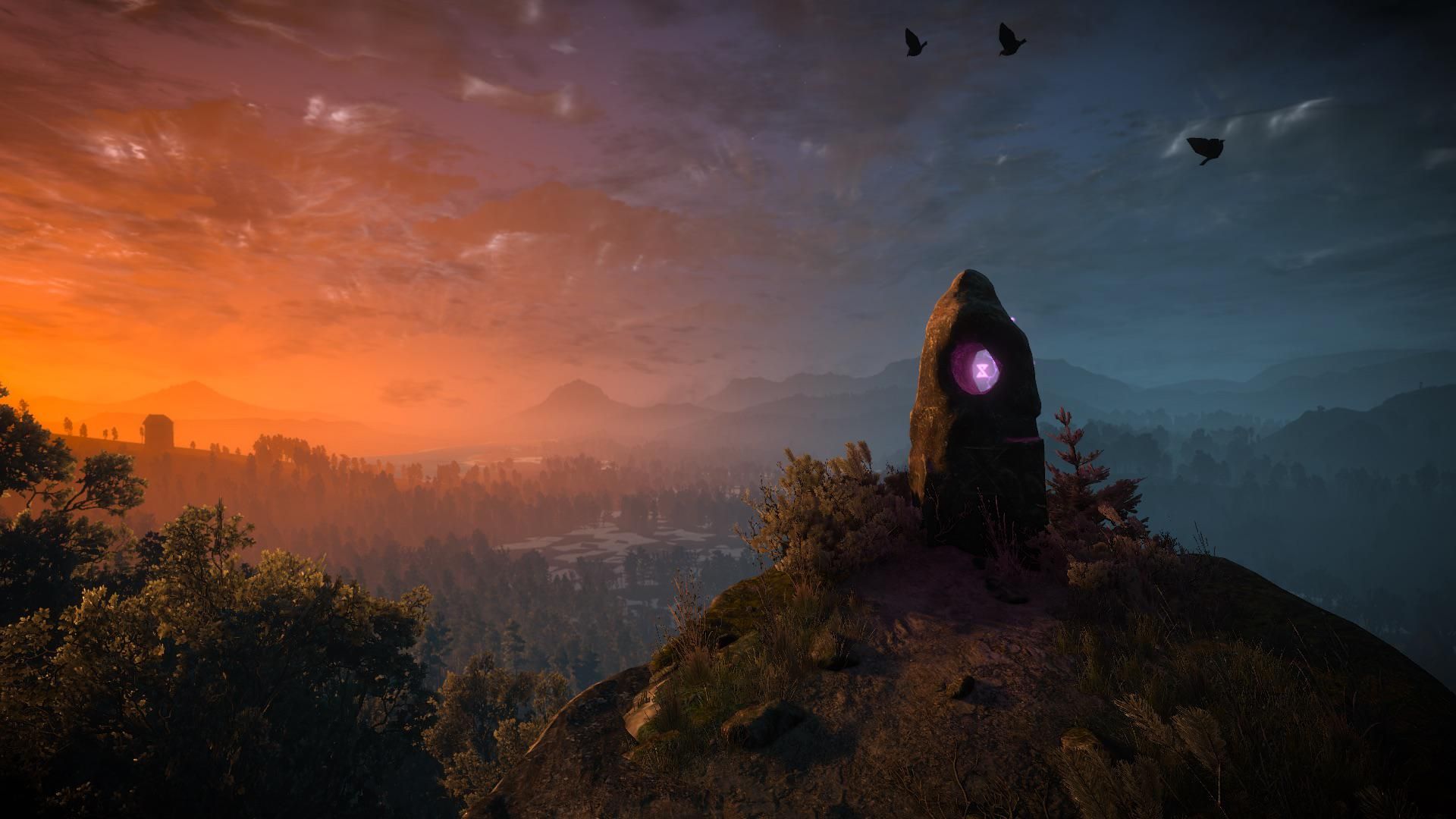 As you’re already aware, Places of Power grant Geralt ability points. You’re going to need a lot of these to unlock all those mutations and, in turn, all ability slots on Geralt’s skill tree. Scouring the Continent for every last Place of Power may seem tedious, but it is well worth your time when you see how many ability points you have at your disposal. What’s more, you’ll be able to draw from them all again in New Game Plus, so don’t skip this completionist venture. You want all the ability points you can get! 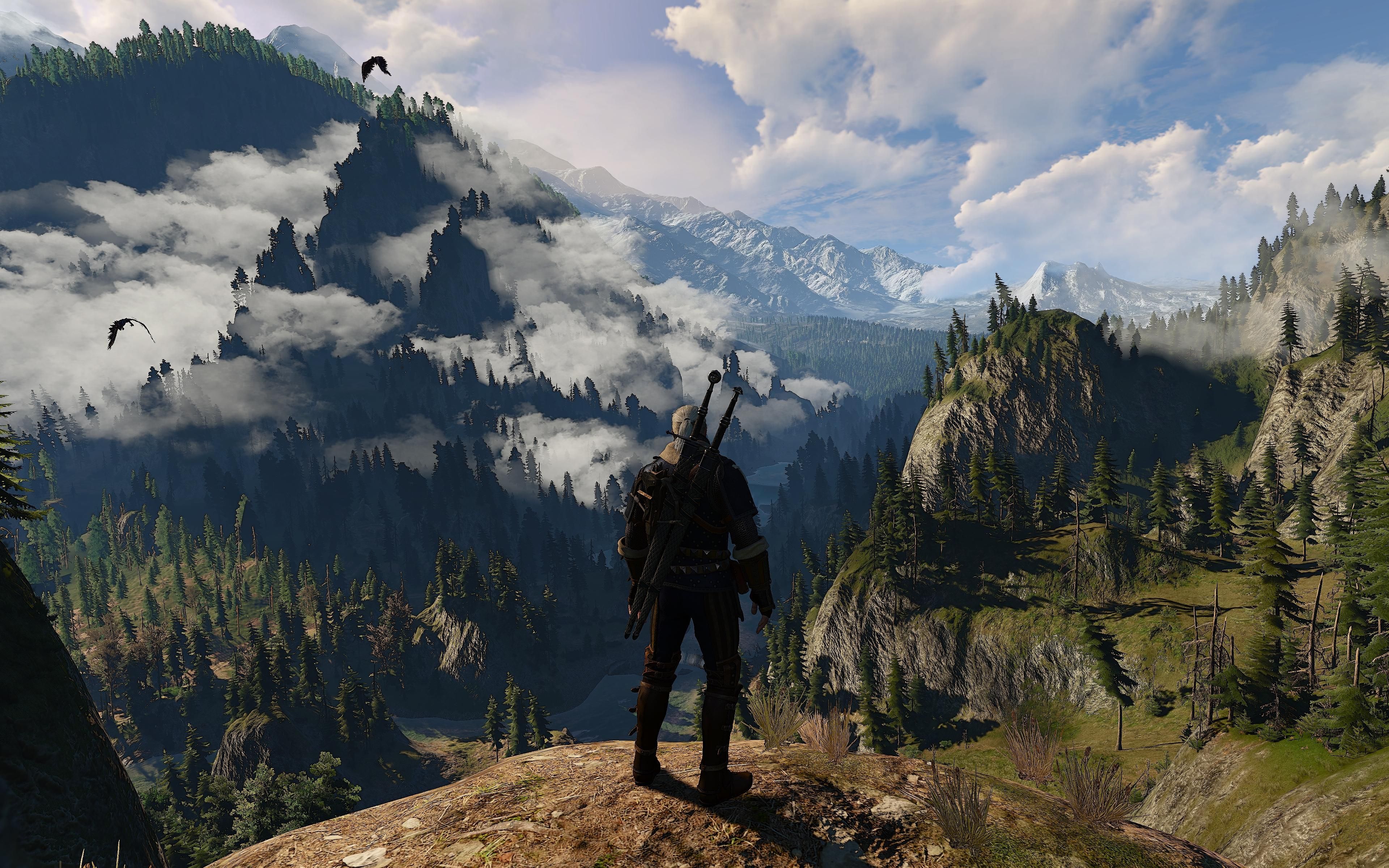 If you primarily stuck to the campaign, you’ve only just scratched the surface of what there is to discover amidst this vast world. The main storyline takes Geralt through a minute portion of the Continent’s expansive map. This means if Geralt was too hellbent on finding Ciri and didn’t lend his aid often enough across the wartorn land, there is still a copious amount to explore and plenty of work for a witcher after the credits roll.

Visit all those question marks that you may have skipped. Geralt can still acquire valuable items and ingredients that are hard to come by from clearing monster nests and looting treasure caches. Abandoned Sites also give Geralt fixed XP no matter when he completes them, so running those will boost his starting level for New Game Plus all the more.

Don’t forget about those sidequests and contracts Geralt may have passed up in his rush to rescue Ciri. Some that were tied closely to the campaign or main characters may have auto-failed as the story progressed. Still, there are plenty of less pertinent subplots left to unearth that are incredibly enriching and continue to build upon the world’s lore. 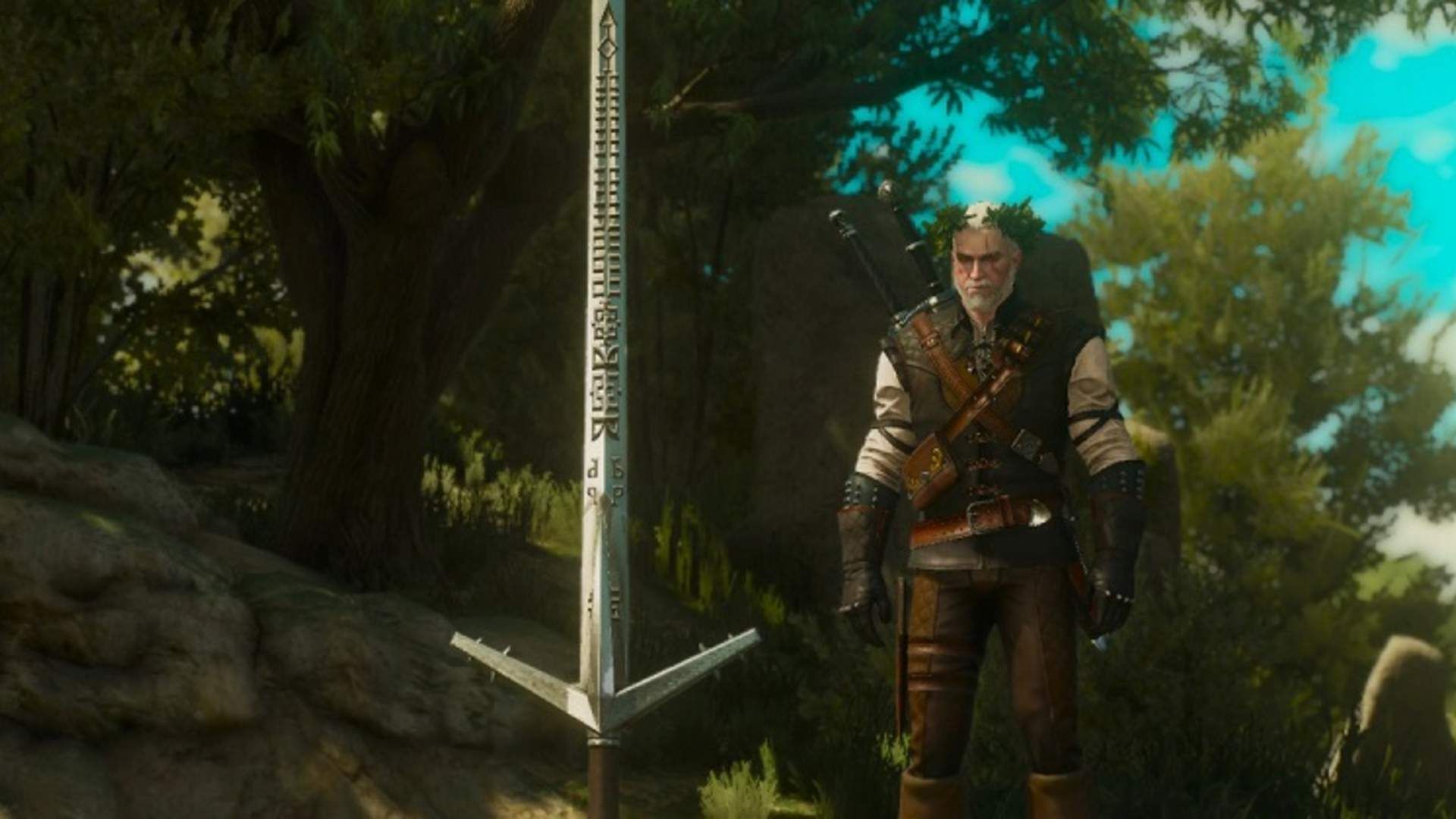 Deciding to embark on the majority of side quests is a matter of how engrossed you want to get in additional lore. Contracts are especially light on storylines and predominantly good for trophies, alchemy ingredients, and a few extra coins if you’re a proficient haggler. However, there are a few that will prove highly beneficial when gearing up to restart the game.

There Can Only Be One

Successful completion of this quest rewards Geralt with the Aerondight sword. Its unique bonus of permanently increasing damage output each time Geralt strikes with a full charge means it will serve well throughout the entirety of New Game Plus. Though you might save this quest for as late in the game as possible. That’s because Aerondight scales with Geralt’s level, meaning the higher Geralt’s level when he acquires the sword, the less of a grind there will be to power it up.

This monster hunt awards the alchemy formula: Shaelmaar Bait, which will add to your total toxicity bonus from Acquired Tolerance if you have that ability active. If you pass up this contract on the first playthrough, you will have to wait until close to the end of Blood and Wine to pick it up again.

This is one of the optional paths nearing the precipice of Blood and Wine’s campaign where Geralt can choose to get help from the Unseen Elder rather than finding Syanna. Even if you’d rather track down the scorned princess, running Blood Simple gets you the key to the Unseen Elders lair. You can still change your mind and go the fairy tale route afterward.

After completing the Blood and Wine campaign, go to the lair. Don’t go all the way in unless you seek death, but you can safely venture far enough in to grab some good loot. Chiefly you want the Hen Gaidth Sword because it has some fantastic stun and critical bonuses. Like Aerondight, this steel sword also scales to Geralt’s level at the point which he acquires it (not when he initially ran Blood Simple). If you pick this up at the tail end of your post-game grind, you will have two supreme swords to make a very bloody entrance in New Game Plus.

If you missed any witcher gear along the way, you should track down the remaining diagrams. Also, be sure to grab the scavenger hunts for each school’s grandmaster tier in the Blood and Wine DLC, if only to say you have the complete collection. Just be sure to stash every set and anything else you want to carry over before you restart your journey. Otherwise, the long and often treacherous searches will all be for naught.

That concludes our list of how to best benefit from The Witcher 3’s post-game. Of course, you can spend as long as you wish delving into this dark and fantastical world. If there’s any game to devote completionist efforts to, it’d most certainly be this one. Credit to YouTuber Pheonix237 for his advice on Blood Simple and The Tufo Monster contract, along with his helpful tips on dismantling monster mutagens. 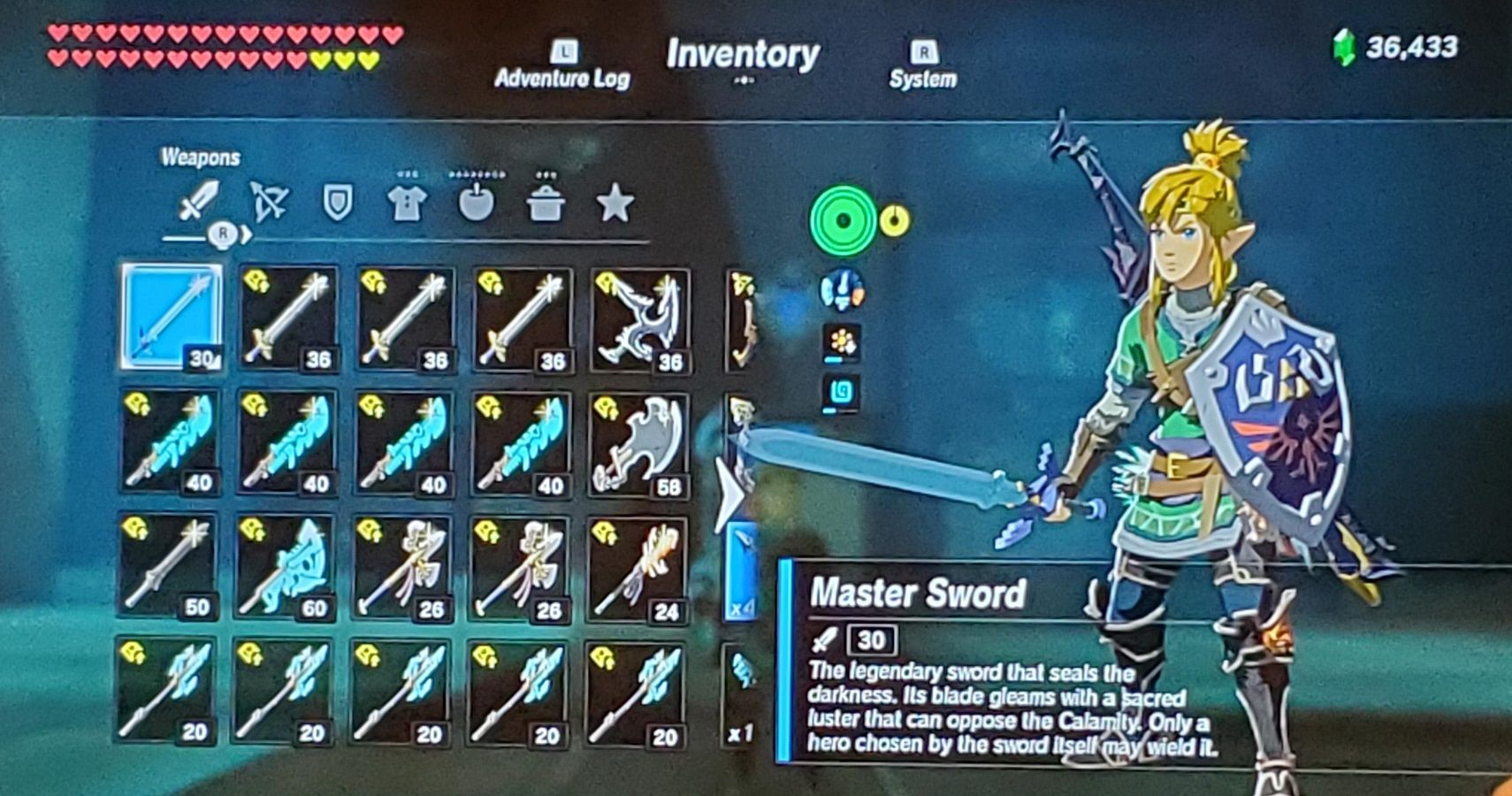