Geralt may be knee-deep in the muck and mire of monster-slaying, but he traverses a land of grandeur and wonder. If there ever was a gaming experience that took art direction and the beautification of a virtual world seriously, it's The Witcher 3. Thanks to the latest update from Polish developer CD Projekt Red, The Witcher 3 has been brought into the stable of current-gen platforms with visual updates that will delight fans and newcomers alike.

Of course, screenshot enthusiasts are likely relishing the additional upgrades and embarking on a photographic journey with a side of monster hunting. With that said, let's peer into the world of The Witcher 3 to identify the most visually-striking locales that'll have fans making use of the newly added photo mode. 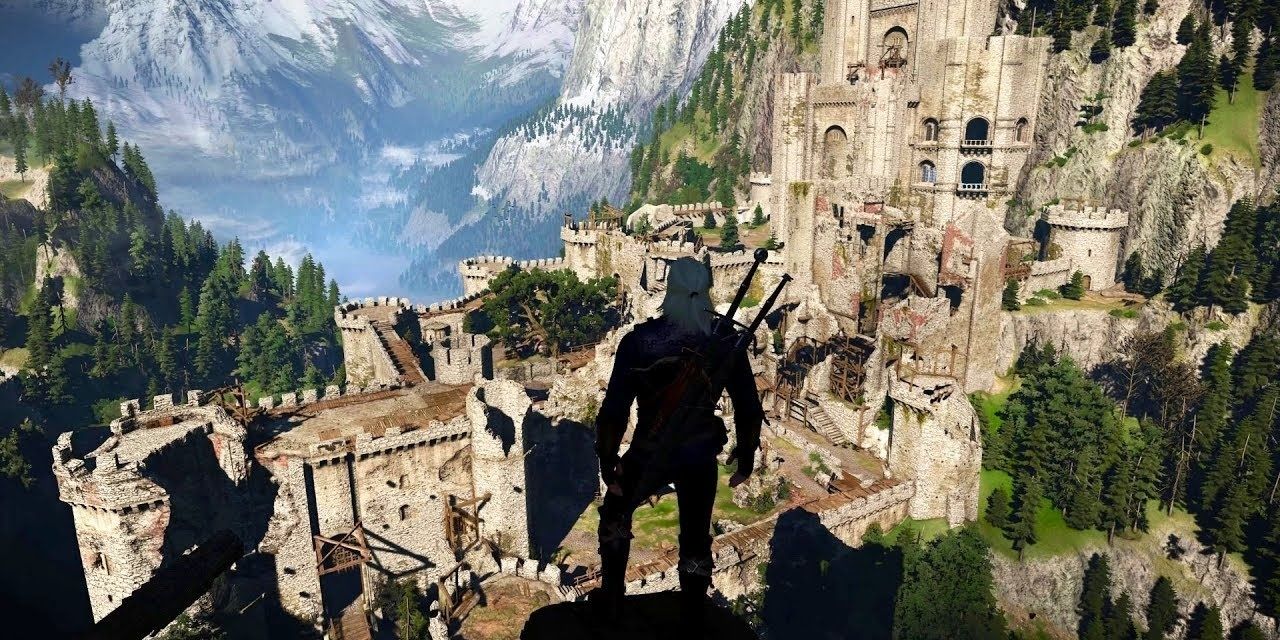 The game later sees Geralt return to the dilapidated stronghold. As a hotspot in the world of Witcher lore, Kaer Morhen stands at the pinnacle of Witcher iconography alongside the White Wolf himself, his medallion, and his pair of death-dealing blades.

While the sunny Hobbiton-like fantasy of regions like White Orchard and Novigrad dot the landscape in The Witcher 3, we can't forget about the dark and murky depths of places like Crookback Bog. After all, it's here that the Crones reside – horrific witches that dine on unsuspecting youngsters.

This land is filled with woodland fantasy creatures and the twisting bark of barren trees. It's really something to behold and a fitting setting for Geralt's confrontation with the Crones. It's certainly a monster hunter's paradise. 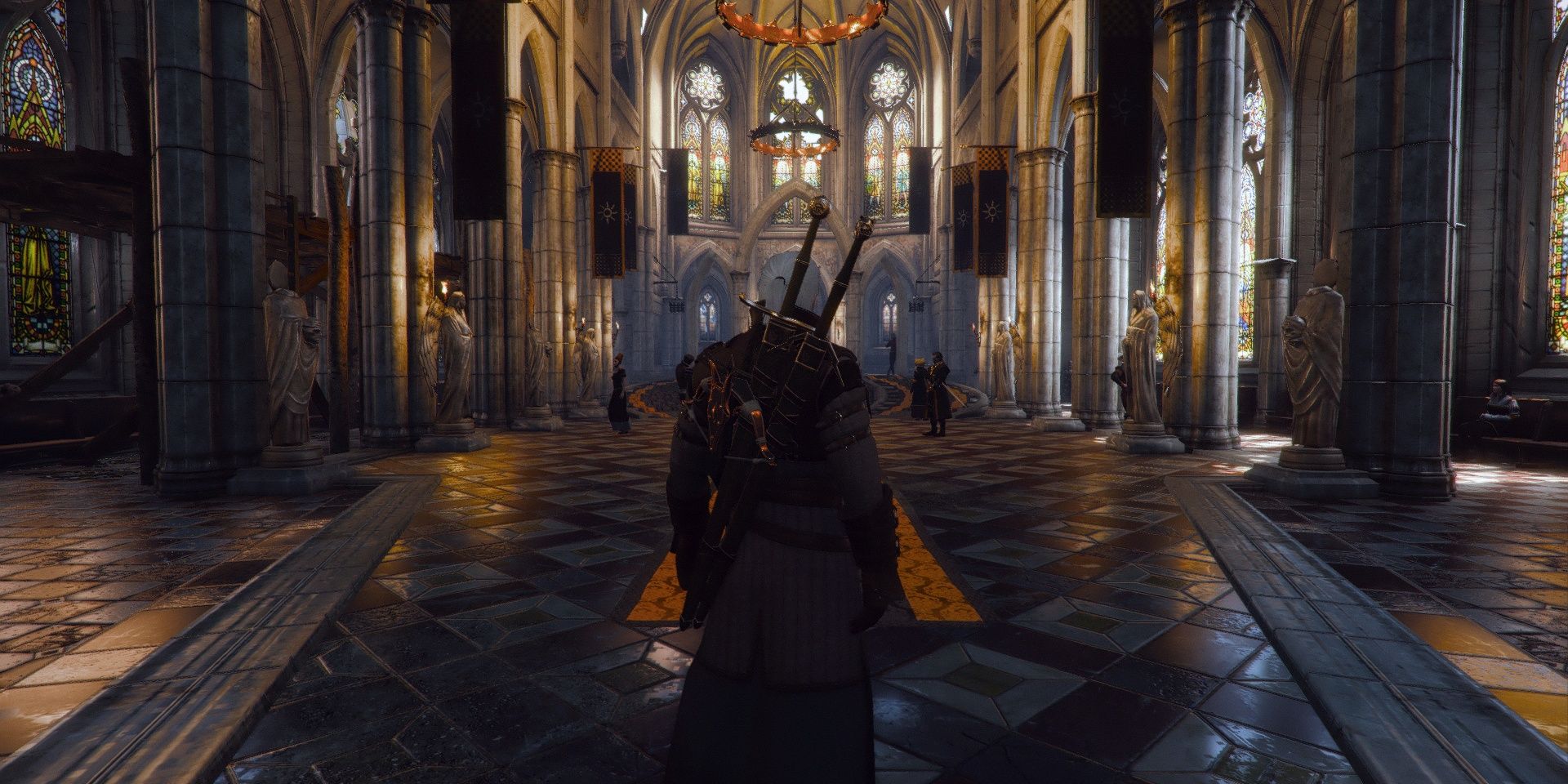 In Witcher lore, Vizima is the capital of the Northern kingdom of Temeria. In The Witcher 3, the city isn't shown in all of its glory like it was in the first game. However, there's one particular element of Vizima that Geralt visits briefly – the Royal Palace. At this point in the Witcher timeline, Temeria has come under the occupation of the Nilfgaardians. As such, the Emperor Emhyr Var Emreis now resides here. Geralt speaks with the Emperor here near the beginning of his journey in The Witcher 3 to discuss the whereabouts of the Emperor's biological daughter and Geralt's adoptive one: Ciri.

In the palace, there are plenty of opportunities to snap photos of the ornate and lavish setting the Emperor has curated for himself. As both the capital and a major symbol of Nilfgaardian conquest, the Royal Palace in Vizima is one of the more iconic locations in Witcher history. 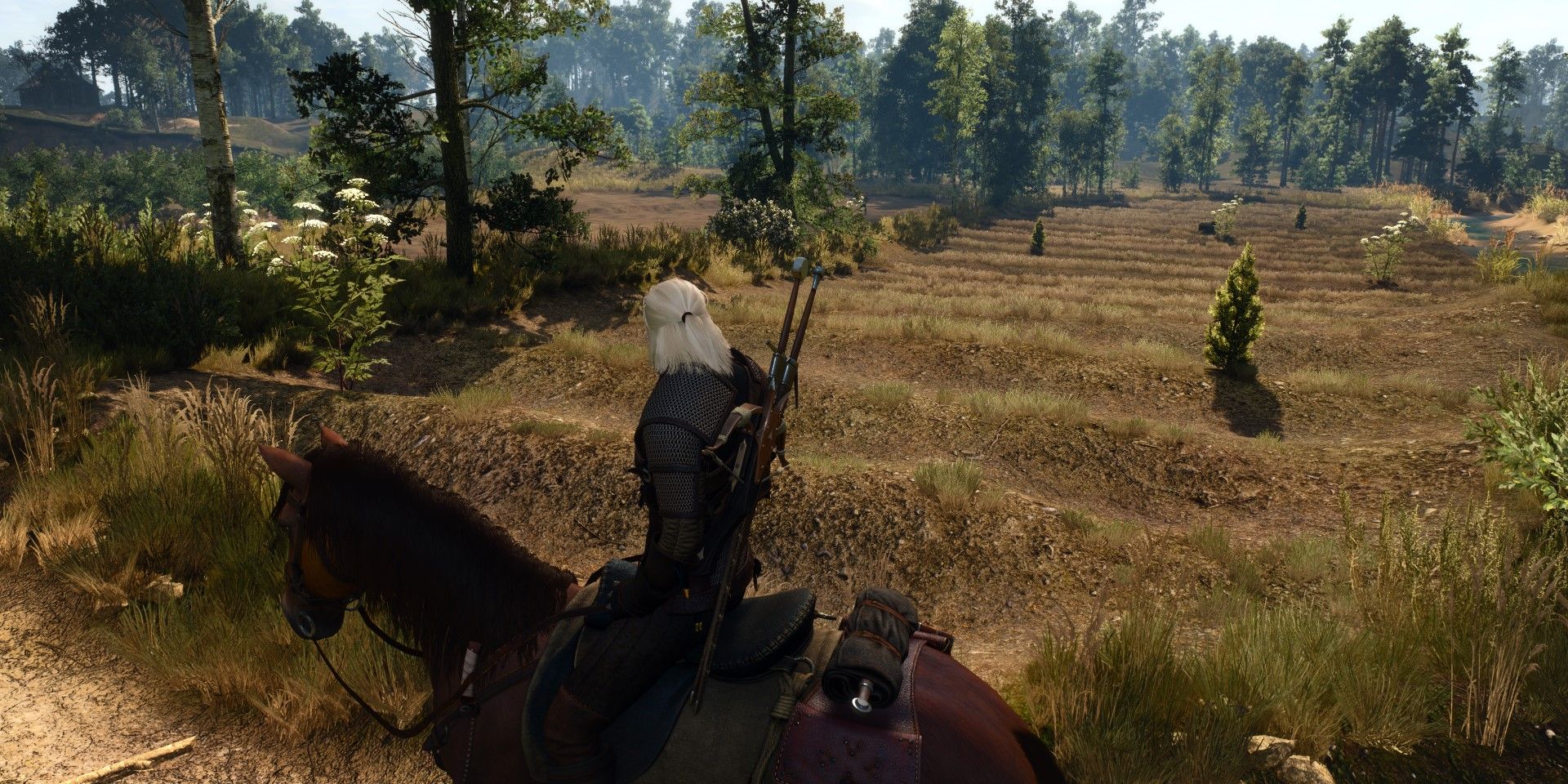 The Witcher 3 largely begins in White Orchard (training flashback in Kaer Morhen aside) and this is the first area that players are able to explore. Covered in farmlands, White Orchard offers you a glimpse of rural life in this high-fantasy setting. Farmers have a lot to deal with after all, including vicious Griffins.

As you make your way around the small town and countryside, battlefields will come into view littered with the dead. It's a markedly striking stain on such an idyllic landscape. But the war with Nilfgaard isn't a pretty one, and the visuals here offer an interestingly bleak tone juxtaposed with the once-carefree nature of country living that'll make for a great photo shoot.

6/10 Isle of Mists: A Sailor's Graveyard 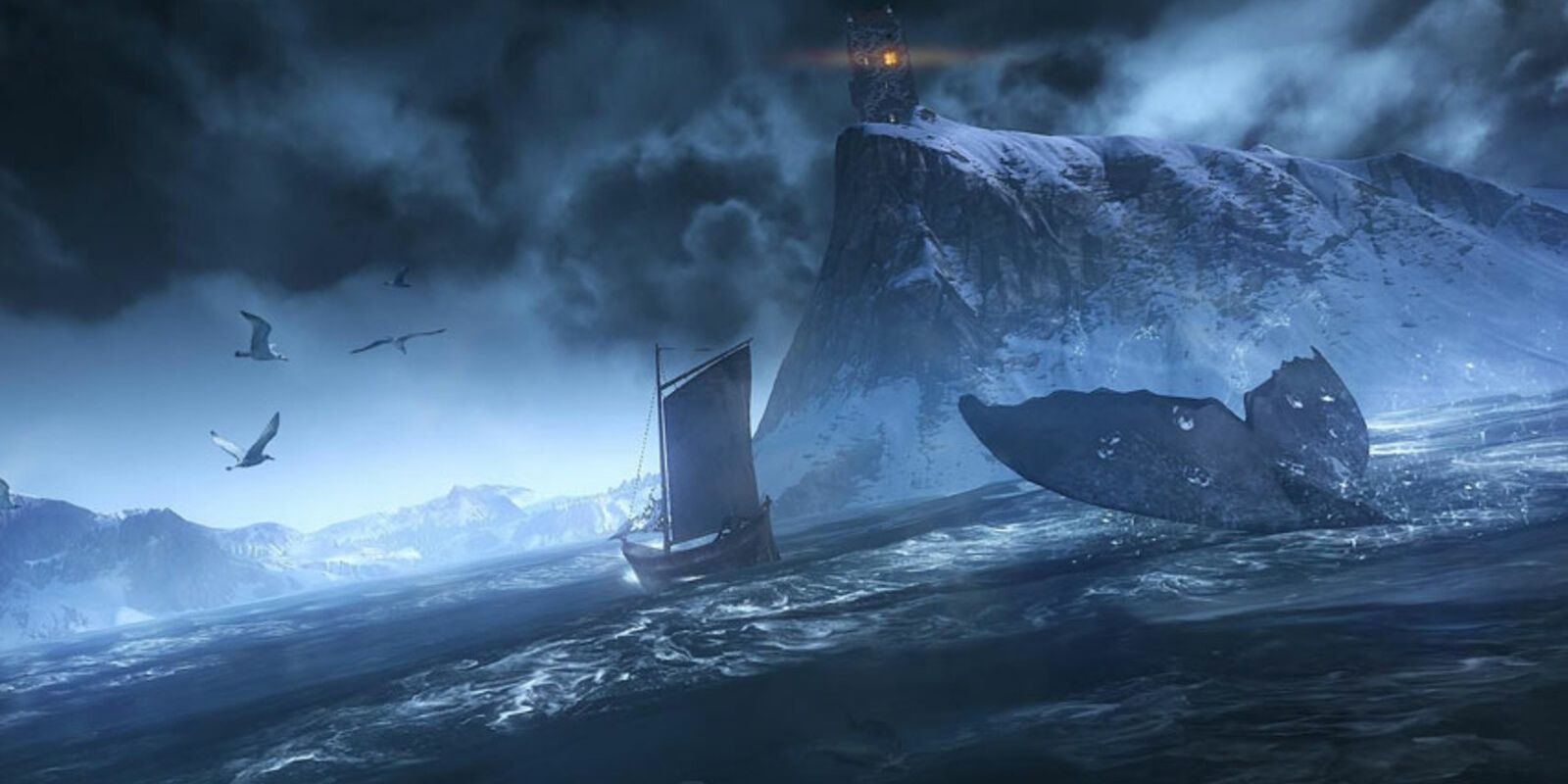 Just as the name implies, the Isle of Mists is an island west of Skellige shrouded in mist with murky waters lined with shipwrecks. Geralt is eventually led here in his search for Ciri. Like the Crookback Bog, the Isle of Mists is one of the darker and more sordid locales in The Witcher 3.

The creepy atmosphere as you approach for the first time lends itself to prime photo opportunities. For newcomers to The Witcher 3, keep in mind that you won't begin the quest that takes you here until much later in the mainline story. It's a remote place that enables Ciri to evade the Wild Hunt for a time. 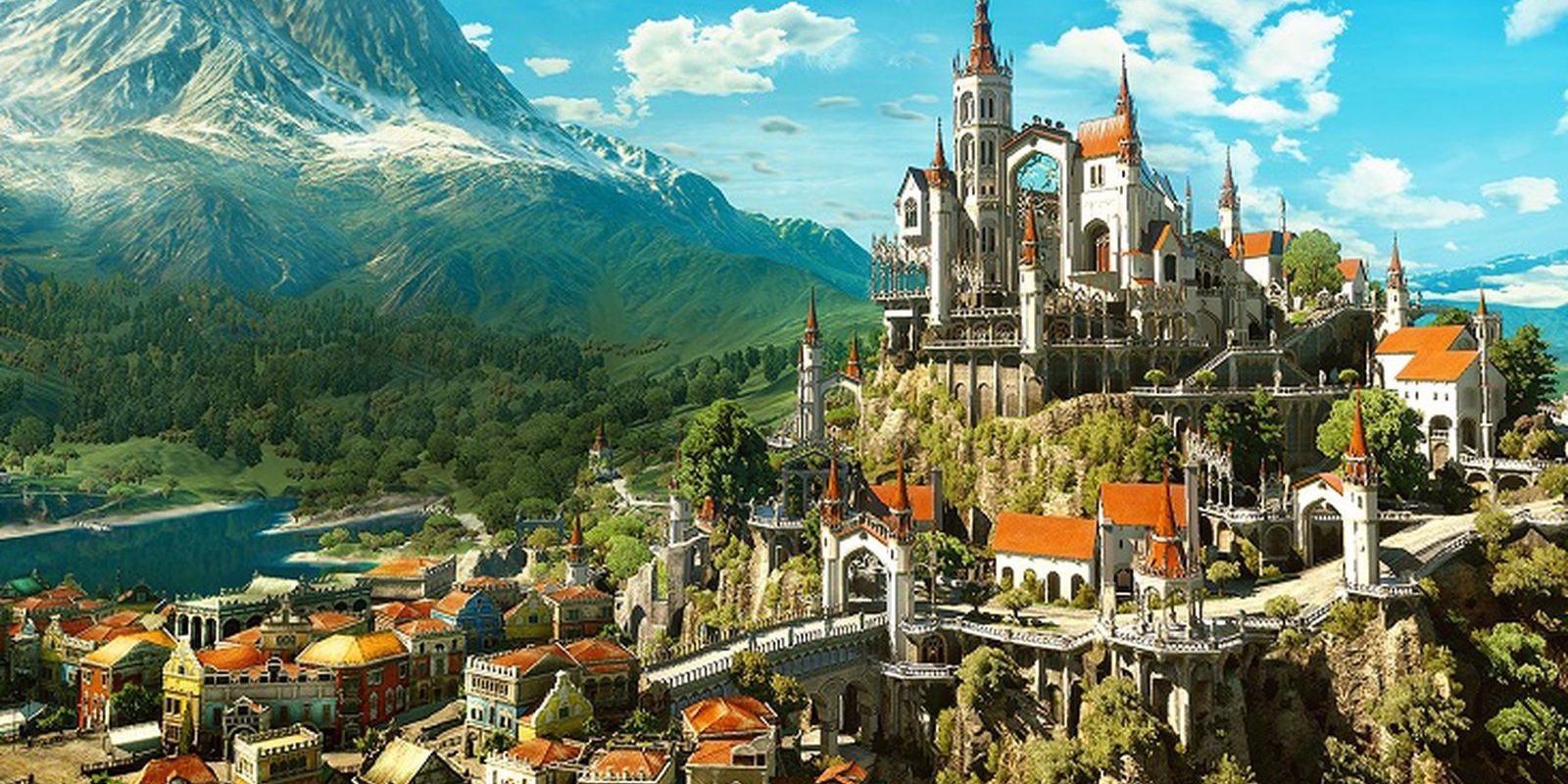 If you're dead set on finding the most colorfully rich and gorgeously detailed area to snap a few photos, look no further than Touissaint. This duchy may have a degree of independence, unlike many of the Northern regions who've been besieged by Nilfgaard. However, the city still operates under Nilfgaard's shadow and has struck a vassalage accord with the empire.

Toussaint becomes available to players with the expansion Blood and Wine. From the vineyard to the overgrown Mont Crane Castle, there are plenty of sites to see when touring through Toussaint. But, of course, the most breathtaking scenery is in the duchy's capital, Beauclair. Positioned in a valley being overlooked by a grand mountainous range, the capital is rich with the hustle and bustle of business and eclectic architecture throughout. 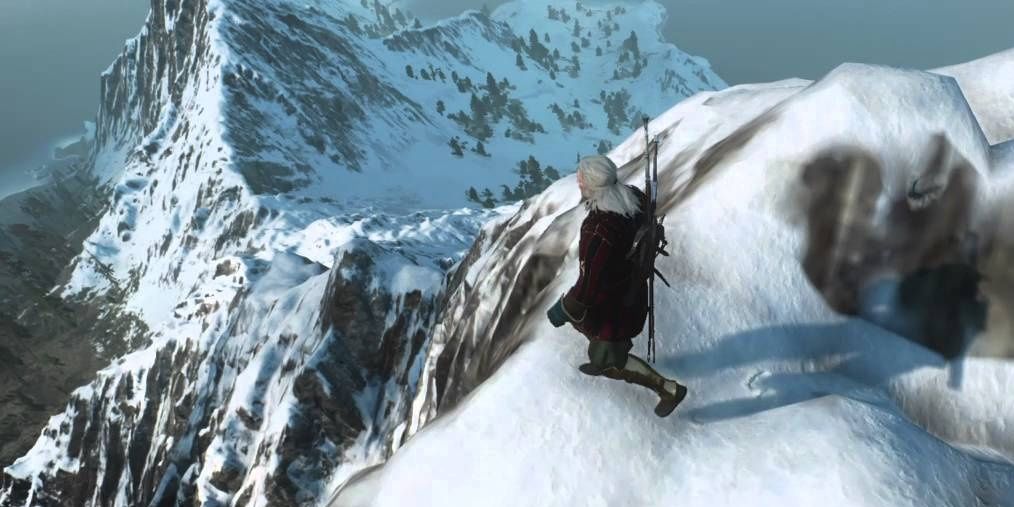 The four seasons are realized throughout the land in The Witcher 3. Whether time is passing rapidly is anyone's guess. But the climates are certainly represented. Skellige, a collection of islands, offers you a chance to visit snow-laden terrain that is unmatched in its picturesque landscape. It's not all chilly and packed with the powdery white stuff. There are valleys and beaches that are also deserving of your attention.

Freya's Garden is full of fun surprises including the Morkvarg, a vicious werewolf that you can snap a selfie with if you're skilled enough. Also, if you're determined to absorb everything, be sure to seek out a ghost ship in the waters of the archipelago. The ethereal specter is begging to be captured in photo mode. 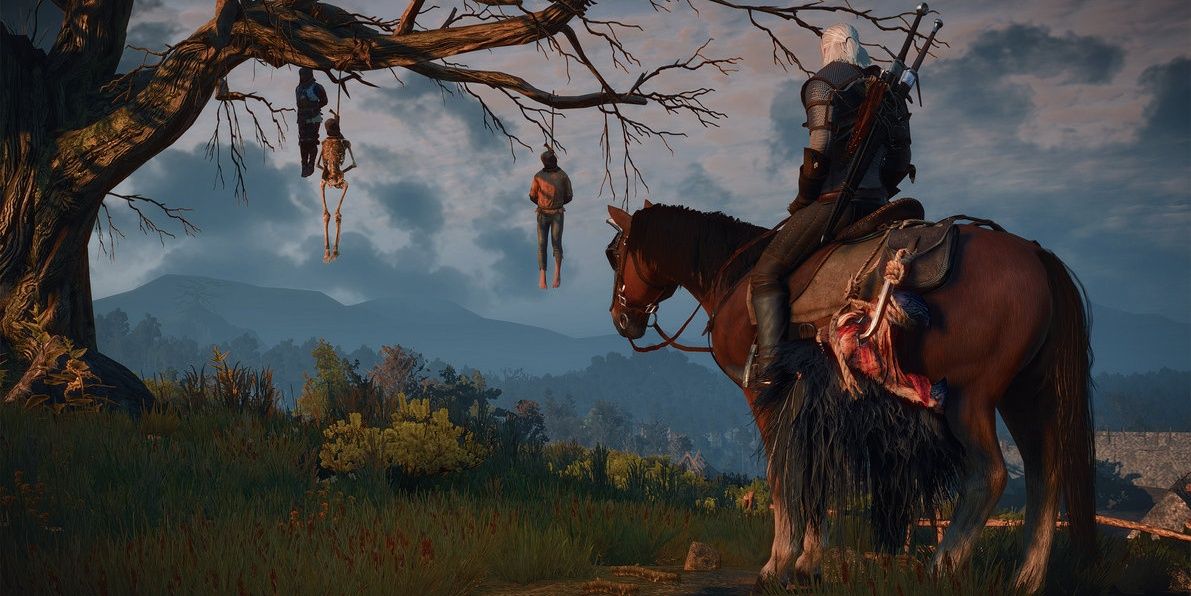 As the name implies, the famous Hanged Man's Tree is a tree adorned with the bodies of soldiers who have been, well, hanged. The in-game lore suggests that the corpses hanging precariously from its branches are soldiers from both sides of the war between Temeria and Nilfgaard. They are left here as a warning against uprisings.

While the tree, located in Velen, isn't one large vista to explore, it's truly a striking, if not macabre, fixture of the Witcher world. It's likely that some of the best pictures that result from photo mode will include this darkly iconic landmark. 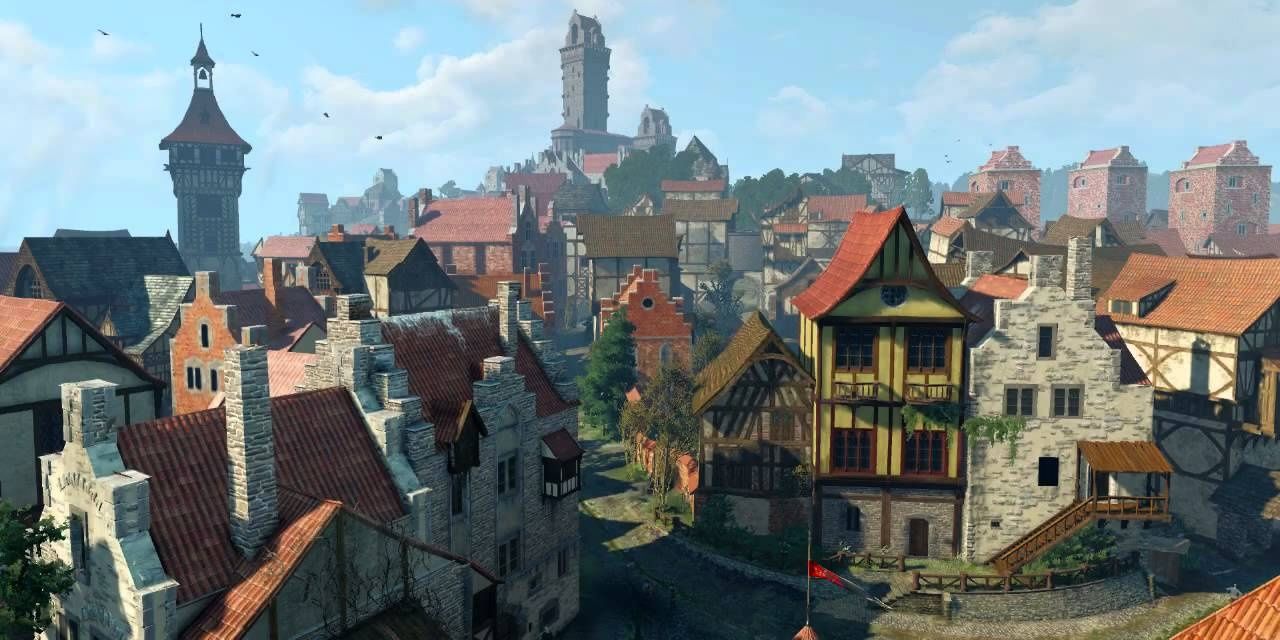 There isn't a more unmistakable region in The Witcher 3 than Novigrad. It's a sprawling city in this fantasy world where commerce, political independence, and industry intersect. It's here that you can get your fill of medieval-inspired architecture and traditions.

The town square, a bathhouse, and even a classical-style yard theater all have the markings of elements that likely existed in our own historical Dark Ages. Take Geralt on a tour of the city and snap photos to your heart's content. 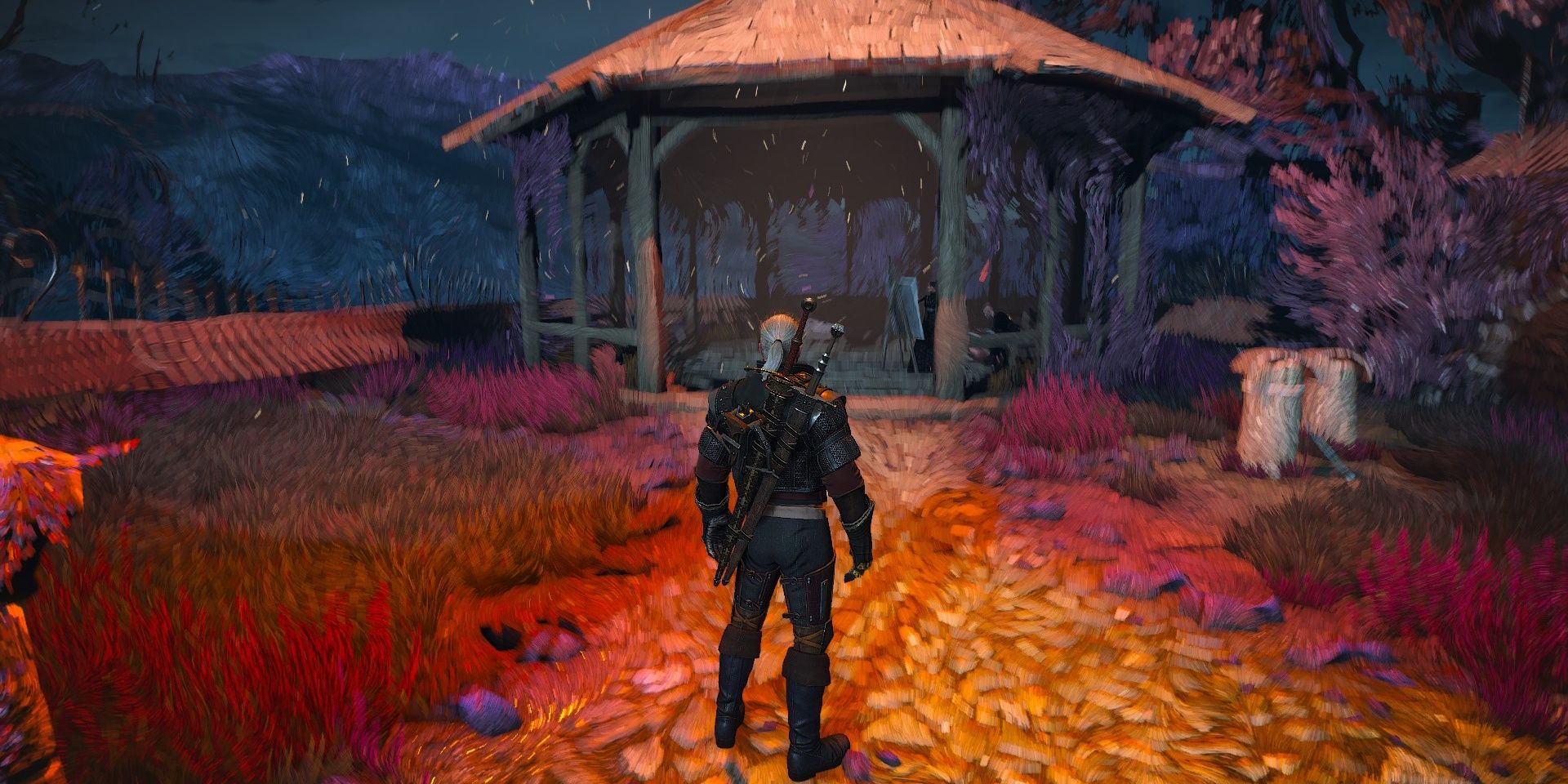 This one is pretty self-explanatory given that Geralt quite literally walks into a painting in order to enter this world. The land is filled with hostile shadowy specters including those of the eight-legged variety. Ghost spiders might be the least of your worries, however. But despite the world's dangers, there are plenty of picture-taking opportunities in this surreal dreamscape.

The foliage and vegetation all look as if they were created by simply brushstrokes. It might take a few screenshots to fully appreciate the creative work that CD Projekt Red put into this strange realm.