Kirby and the Forgotten Land is the latest entry in the beloved series from Nintendo. It has seen a large collection of positivity since its release and has had success on both the critical and financial side of things. The game takes Kirby on a 3D adventure full of fun new mechanics and dazzling levels sure to capture the attention of gamers both young and old.

Once you've made your way through the story of Kirby and the Forgotten Land there is plenty to do in the game's enticing and robust post-game. From gatherings collectibles to facing new challenging opponents, the game has plenty of content to keep you around long after the credits roll. 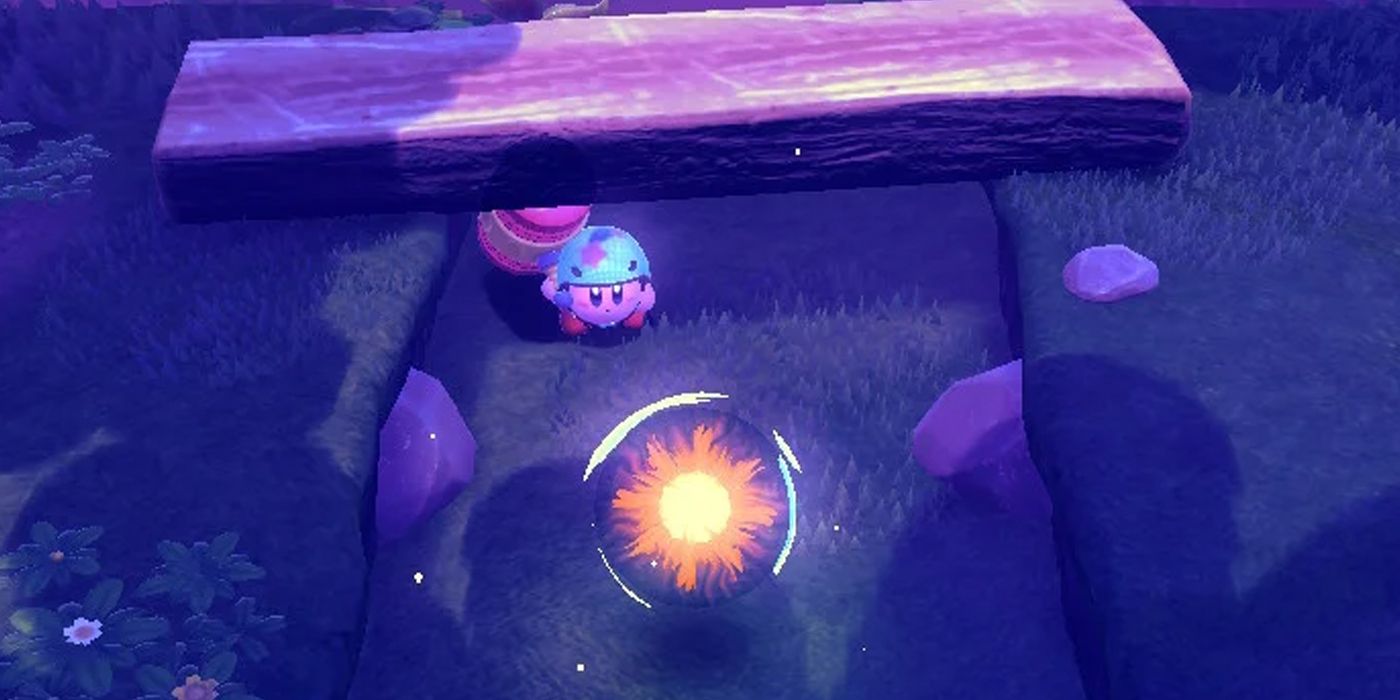 If you stick around after the credits of Kirby and the Forgotten Lands you'll be greeted with the opportunity to continue playing. At this point, you should head back to Waddle Dee Town and ascend up the nearby tower.

Clawroline will be waiting, and upon interacting in conversation they'll unlock a new location called Isolated Isles: Forgo Dreams. This new region is where you'll be granted access to the post-game missions that over a good amount of additional content for you to dive into. 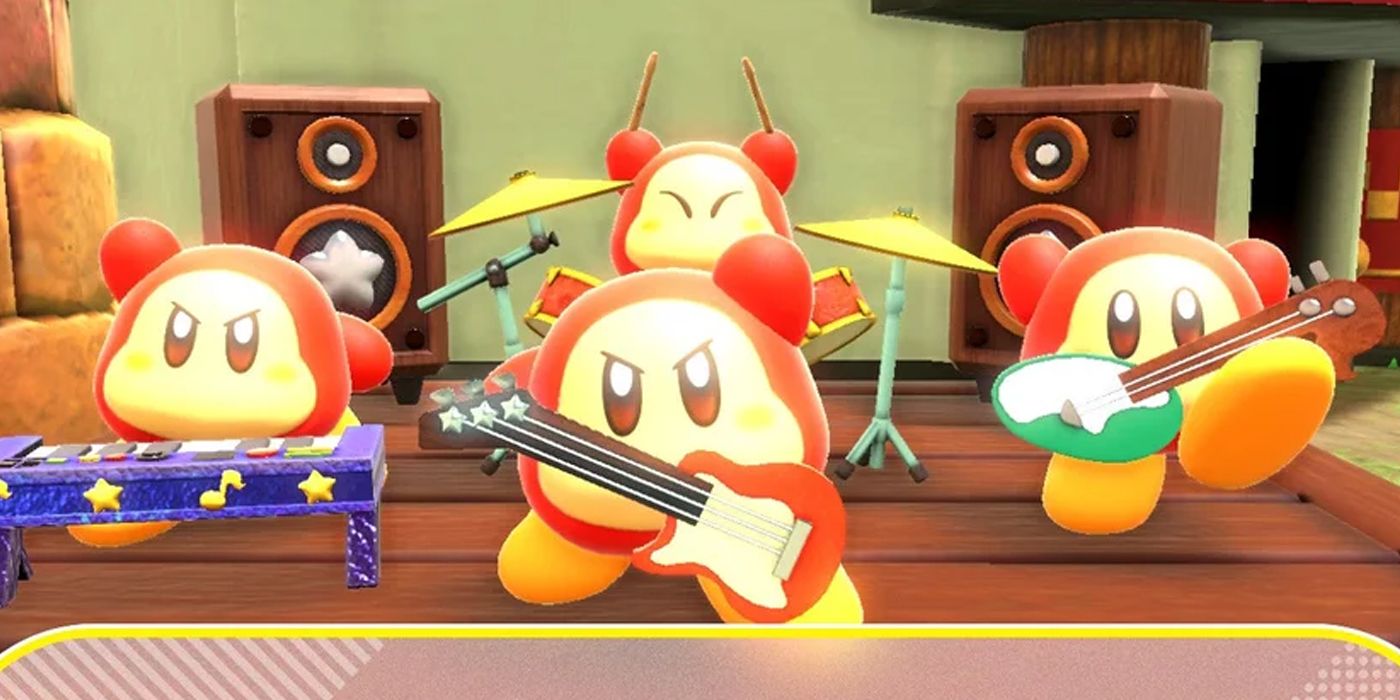 The soundtrack for Kirby and the Forgotten Land is rather underrated and many consider it to be some of the best music the Kirby series has ever seen. If you're the type of player who can't get enough of it then you'll want to look around Waddle Dee Town in the post-game to find the Waddle Live! Corner Stage.

This new addition to the town functions as a music player where you use coins to have the Waddle Dee Band play music. By paying coins you'll not only unlock new songs, but you can also upgrade the stage that the Waddle Dee band performs on, taking their performances to a new level. 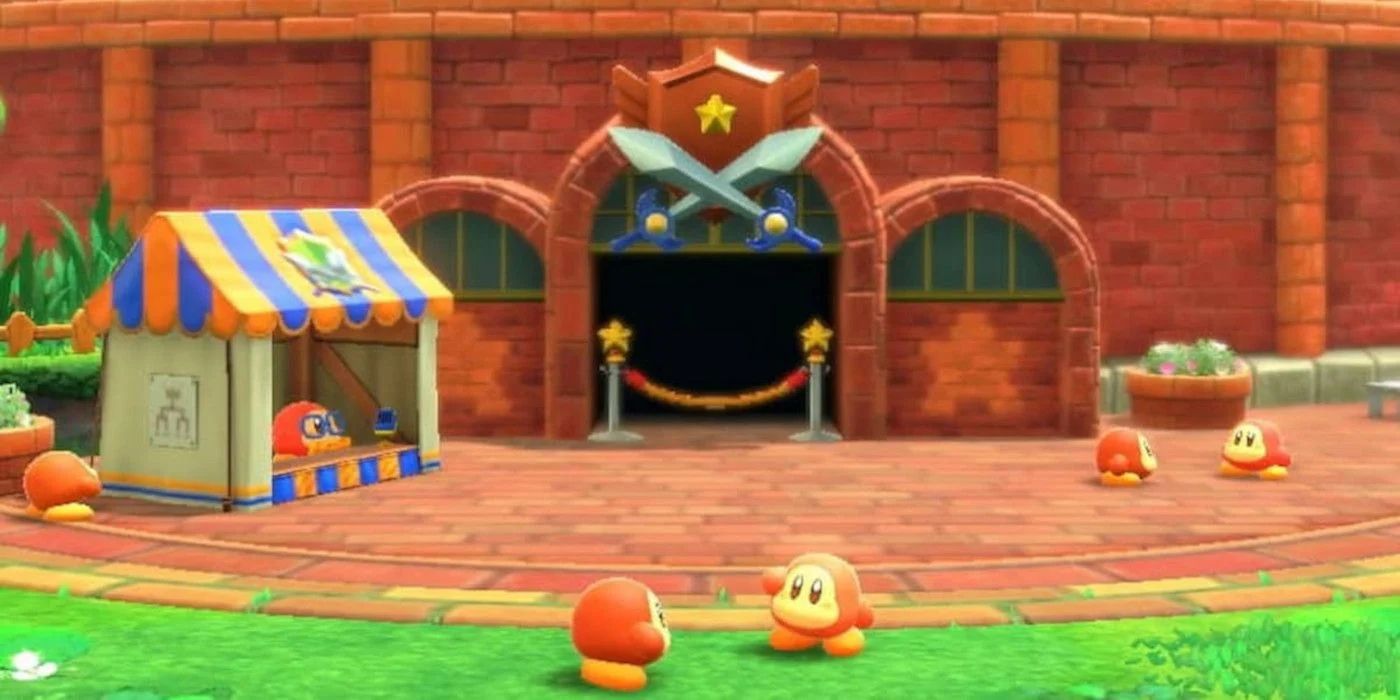 Combat in Kirby games isn't something that tends to be the draw of the series, but Kirby and the Forgotten Lands manages to make it desirable in a myriad of ways. For those itching to take on more challenges with Kirby, the post-game has several options to satiate that desire.

Not only do the additional levels add some more boss fights, but the Colosseum will feature two additional cups you can fight in. The bosses in these cups will of course be stronger, which will also force you to seek out the additional blueprint upgrades for your Copy Abilities. 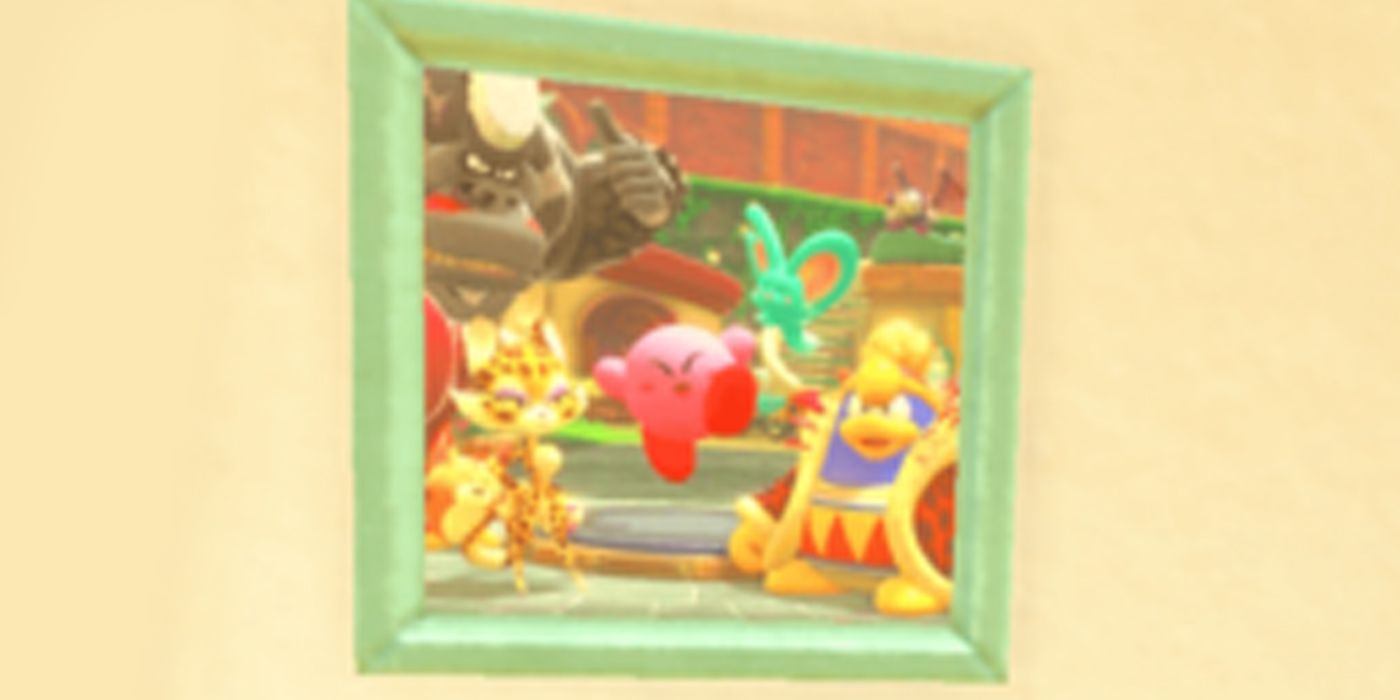 Completionists understand that in order to truly obtain collectibles in many games it requires you to invest in the post-game and Kirby and the Forgotten Land is no different. You might have been wondering where the rest of the photo collectibles were, but a handful of them are locked until you complete the game.

Once you roll credits they'll become obtainable, allowing you to display them in Kirby's home, provided you complete the necessary activities. Between the photos, figurines, and speed trials there are plenty of things to sink your teeth into that provide additional time with the adorable pink ball of heroism.

If you were wondering when and how you'd be able to complete your Gotcha collection in Kirby and the Forgotten Land, the answer revolves around the post-game. In the Gotcha Machine Alley located inside of Waddle Dee Town, the fourth volume of Gotcha Machines will appear once you finish the main story levels.

This machine will have the Vol. 4 figurines you need to add and complete your collection of Gotcha figurines. There's a good number of these figurines, so if you're lost on where they are, a guide would likely be your best solution. 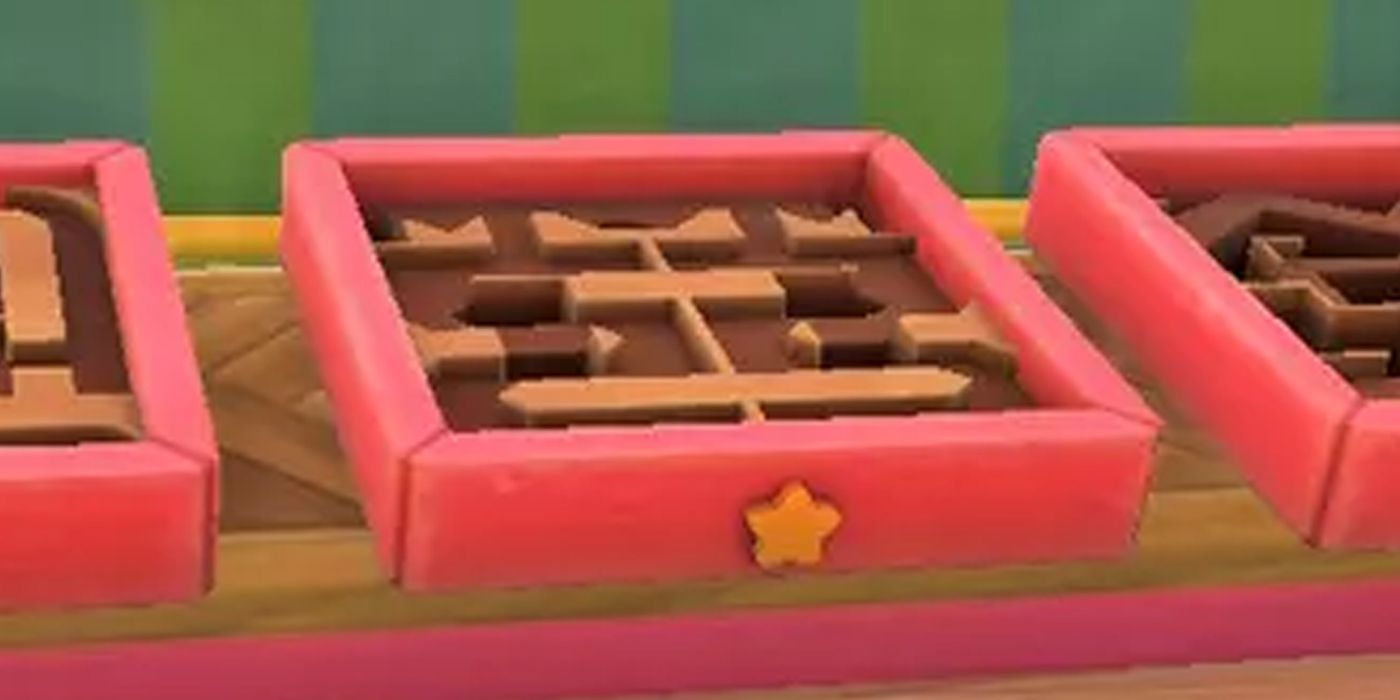 You've found all of the collectibles, defeated the additional bosses and levels, and are wondering what else you can do, right? Well, Kirby and the Forgotten Land still has plenty to offer, provided you have enough patience and commitment.

The Treasure Road Challenges, their time trials, Tilt-and-Roll extra hard difficulty, and the secret HAL Rooms are all things you'll want to cross off your checklist if your desire is to take on everything Kirby and the Forgotten Land has to offer. 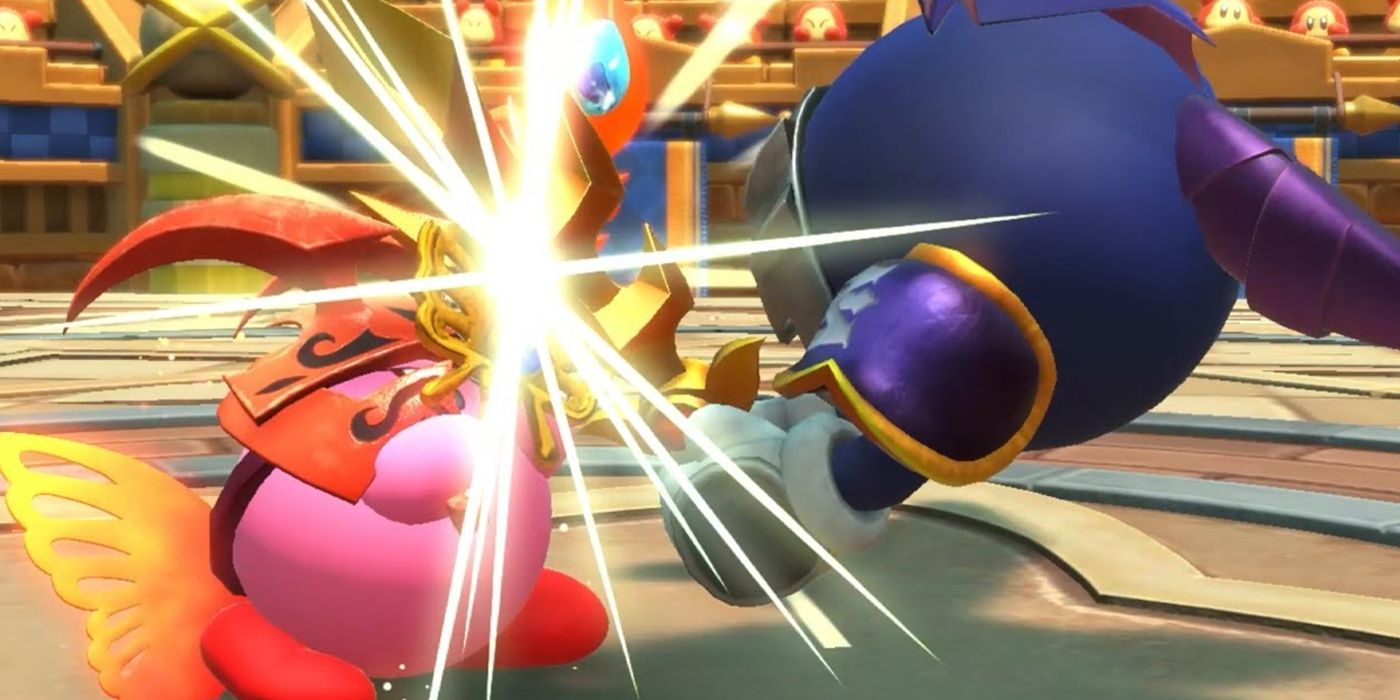 When looking at the best Copy Ability blueprint upgrades in all of Kirby and the Forgotten Land, the reality is that a couple of them aren't available until you've completed the base game. Both the Masked Hammer and Morpho Knight blueprints are perfect examples of upgrades that change the game but are sadly reserved for after the credits have rolled, simply due to how game-changing they are.

The sheer amount of damage it allows Kirby to dole out would make a good portion of the game's enemies a complete cakewalk. Most of these upgrades require you to clear the new post-game levels, though, so keep that in mind. 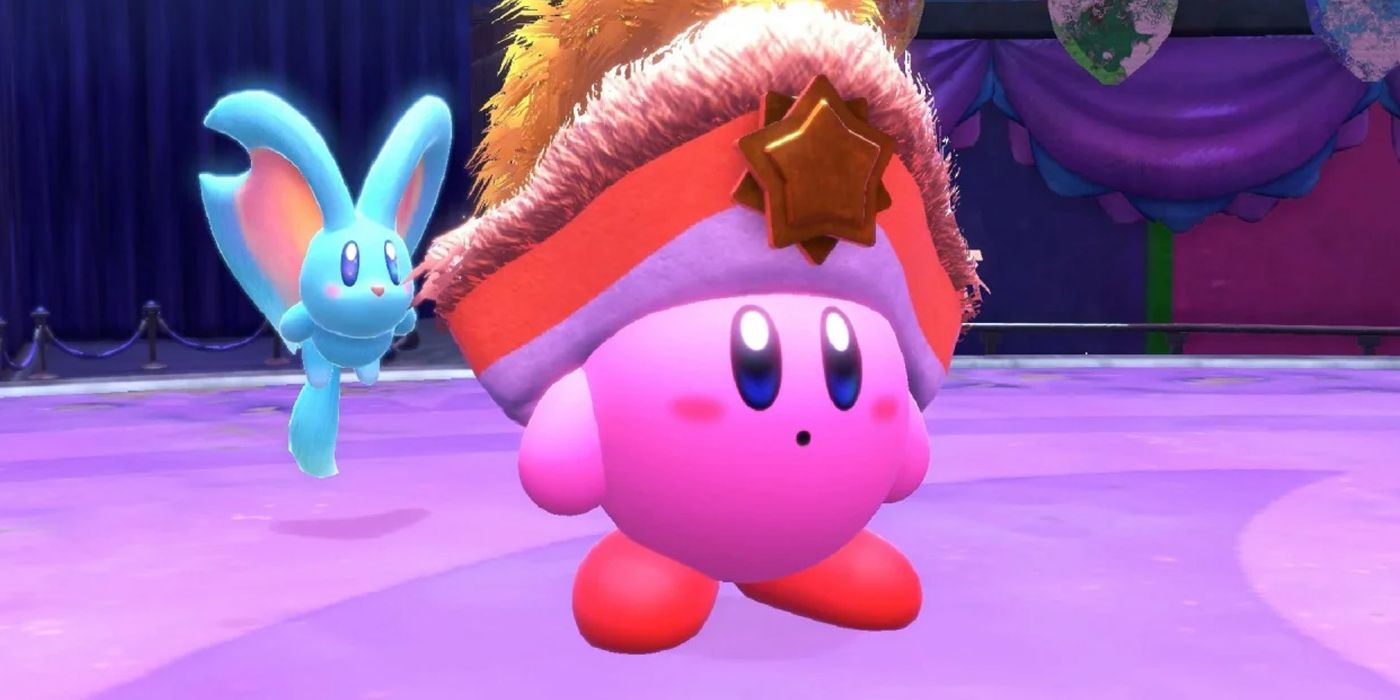 So you finished the game and experienced the normal ending, but Kirby and the Forgotten Land actually has three other endings you might want to witness for yourself. These endings are labeled individually as the 'True Ending', 'Secret Ending', and '100% Ending', which all task you with completing certain objectives to obtain them.

Sure, you could simply Google search YouTube videos of them and watch it that way, but if you're trying to spend more time with Kirby and the Forgotten Land, it's a great built-in excuse to continue playing it long after the credits have run their course.