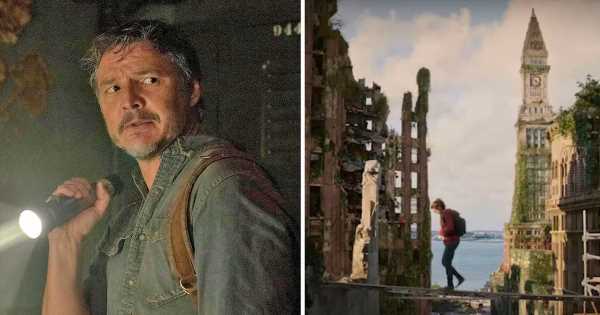 After months of teasers, the full-length official trailer for HBO's adaptation of The Last of Us is finally here.

What's more, it doesn't disappoint. From what we can tell, the show takes the world and characters of the iconic Playstation franchise and gives them the big-budget treatment.

Parts of the trailer show faithfully recreated scenes from the game, including the overgrown, post-apocalyptic cityscapes

READ NEXT: Our spoiler-free review of The Last of Us Part II

It also treats us to a closer look at some of the characters, including the main protagonists Ellie (Bella Ramsey) and Joel (Pedro Pascal) as well as additional supporting characters like Nick Offerman's Bill.

At a press conference unveiling the trailer, showrunner Craig Mazin said that the main focus of the show "is not to emulate the game" and that the show is "for the audience that don't play video games."

Mazin said: "Past game adaptations had trouble because they try to copy the game, but we don't. We're inspired by the story and the characters that Neil [Druckmann] created, and we take them further, we do more, we show more. We give people a much more full experience to watch as opposed to play."

It seems that the game's emotional storytelling will remain present in the HBO series as well. Mazin added: "The relationship between the characters is so intense that the audience will cry every single episode."

When is The Last of Us HBO release date and how do you watch HBO Max in the UK?

HBO's The Last Of Us will be released on January via HBO Max, which is HBO's answer to Netflix.

Sadly, HBO Max isn't directly available in the UK and will require use of a VPN to watch it online. HBO has a deal with Sky Atlantic until 2024 to broadcast its shows.

This means your best bet at catching The Last Of Us in January will probably be via a Sky subscription⁠—that is, if you can't be bothered to mess about with a VPN.

The streaming platform has two subscription tiers. You can pay £7.56 per month to watch The Last Of Us with ads, or fork out a full £11.34 every month to watch it uninterrupted.