While Tiny Tina's Wonderlands does have a lot of the alien and sci-fi elements of its parent series, it works in a lot of Dungeons & Dragons content. This includes the classes that you'll get to play as and the monsters you'll get to fight.

There will be many fodder enemies to cut through, so you can gain quick experience and treasure, but don't get too comfortable. As you get stronger, you'll be able to take on quests that ask you to hunt down legendary and dangerous monsters, including the supernatural. One such being is the spectral beast known as the Banshee.

What Is The Banshee? 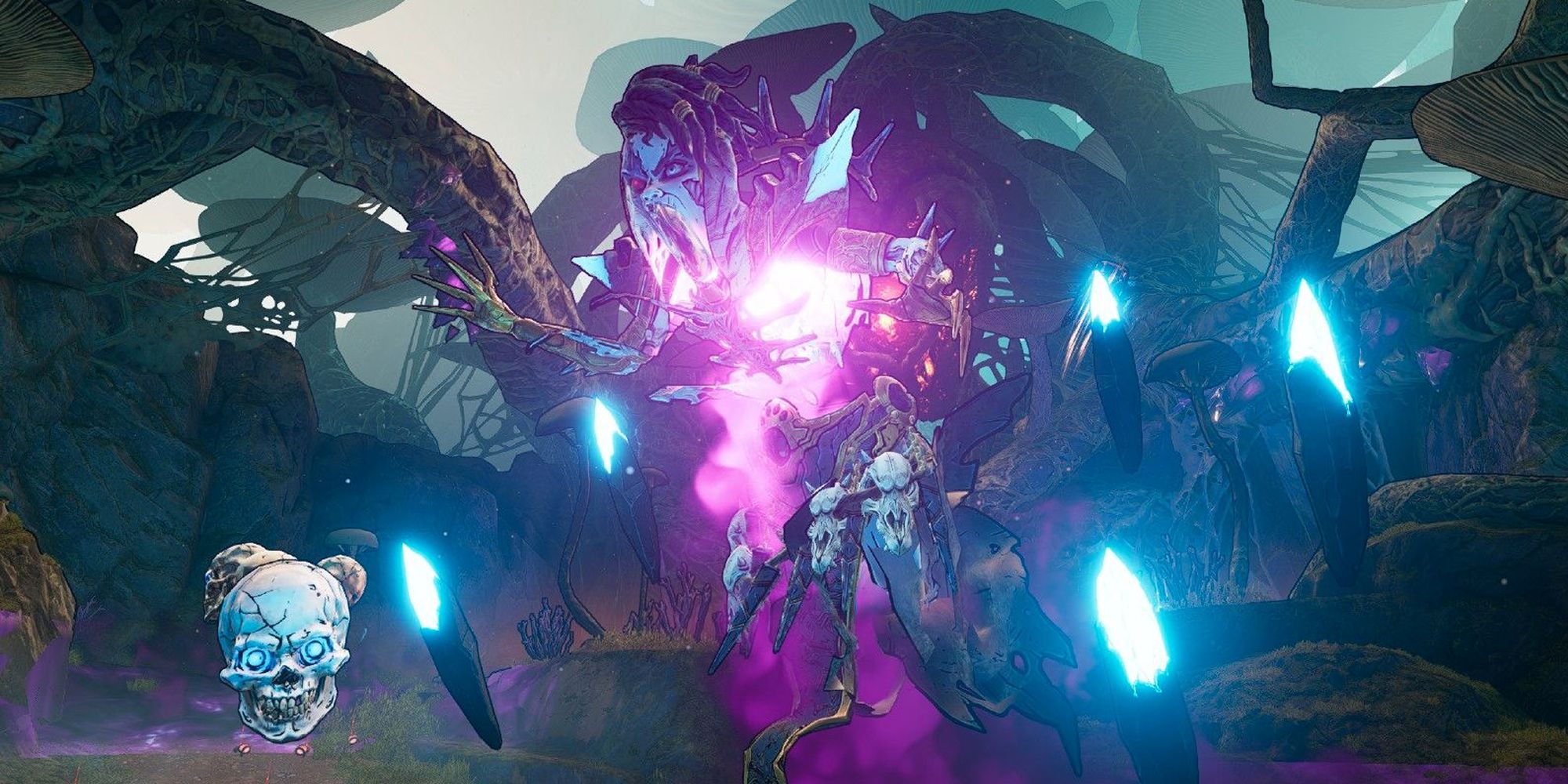 Though it may be a monster in Dungeons & Dragons, Banshees have appeared in all sorts of media and even in cultural folklore. Banshees are one of many ghostly entities that are tied to the mortal plane for one reason or another.

They're almost always feminine in form and are defined by a tendency to unleash a bone-chilling wail which can have a variety of effects from paralysis to draining energy. In Tiny Tina's Wonderlands, the Banshee is a key target in the Thy Bard, With A Vengeance quest. It appears as a wraith-like creature with a purple aura and the ability to cast powerful magic spells from a distance.

How To Defeat The Banshee 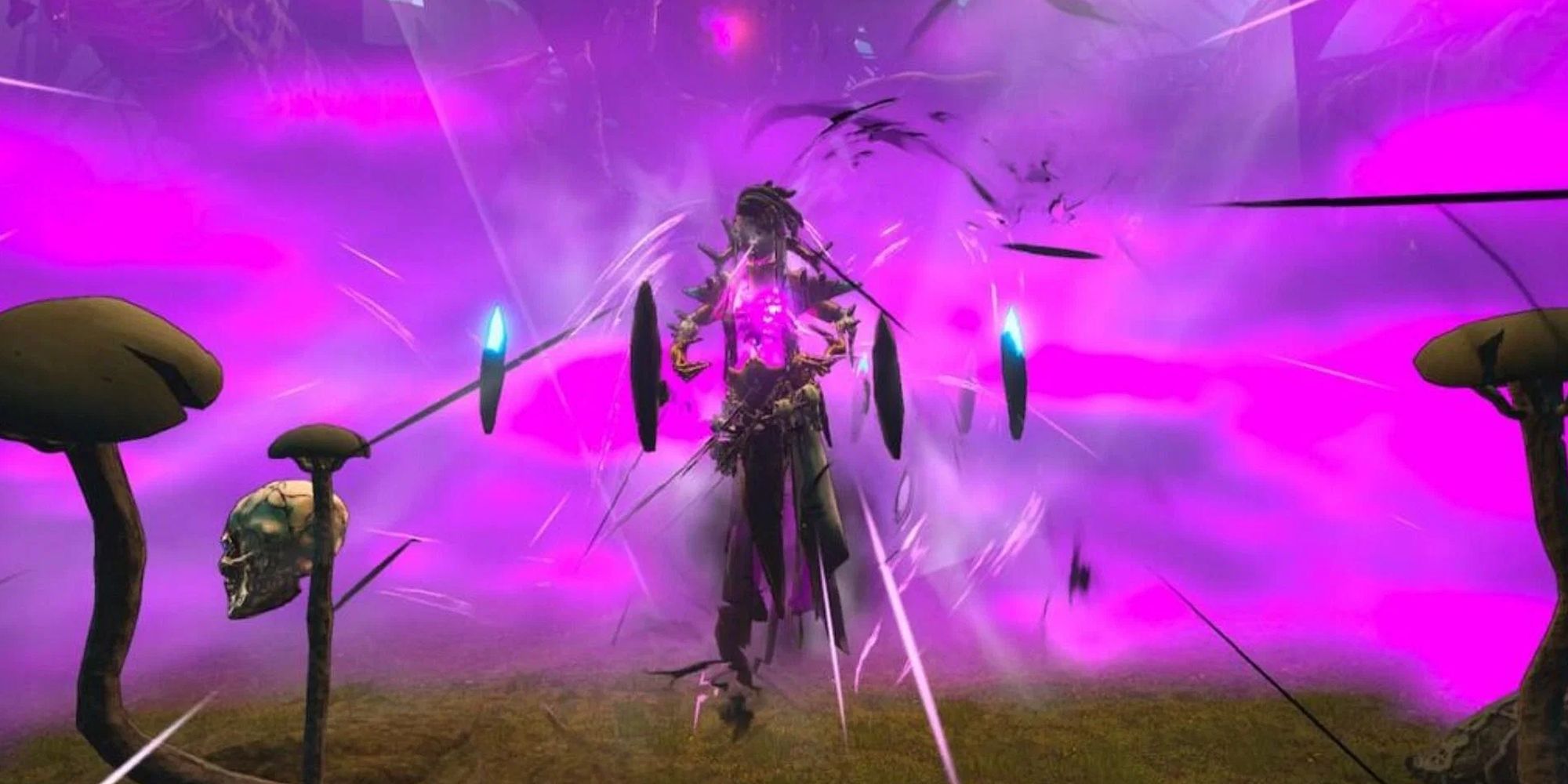 When you're seeking out the Banshee, you'll be taken through a creepy forest to a place called the Godswell. This area is a circular arena with a wide-open center, and some trees circling some elevated edges. This gives you a lot of room to move around but also a lot of places for the Banshee to set up. Since it can fly, it will always be floating slightly above the arena and will do its best to keep its distance from you.

Although it may appear ethereal, the Banshee is vulnerable whenever its form is fully visible. It's best to have a precision weapon with rapid-fire to deal as much damage as possible when the Banshee is stationary. Note that sometimes when traveling long distances, the Banshee will transform into a glowing purple ball. While in this form, the Banshee won't attack but also can't be harmed so simply set up somewhere as you keep it in your sight. 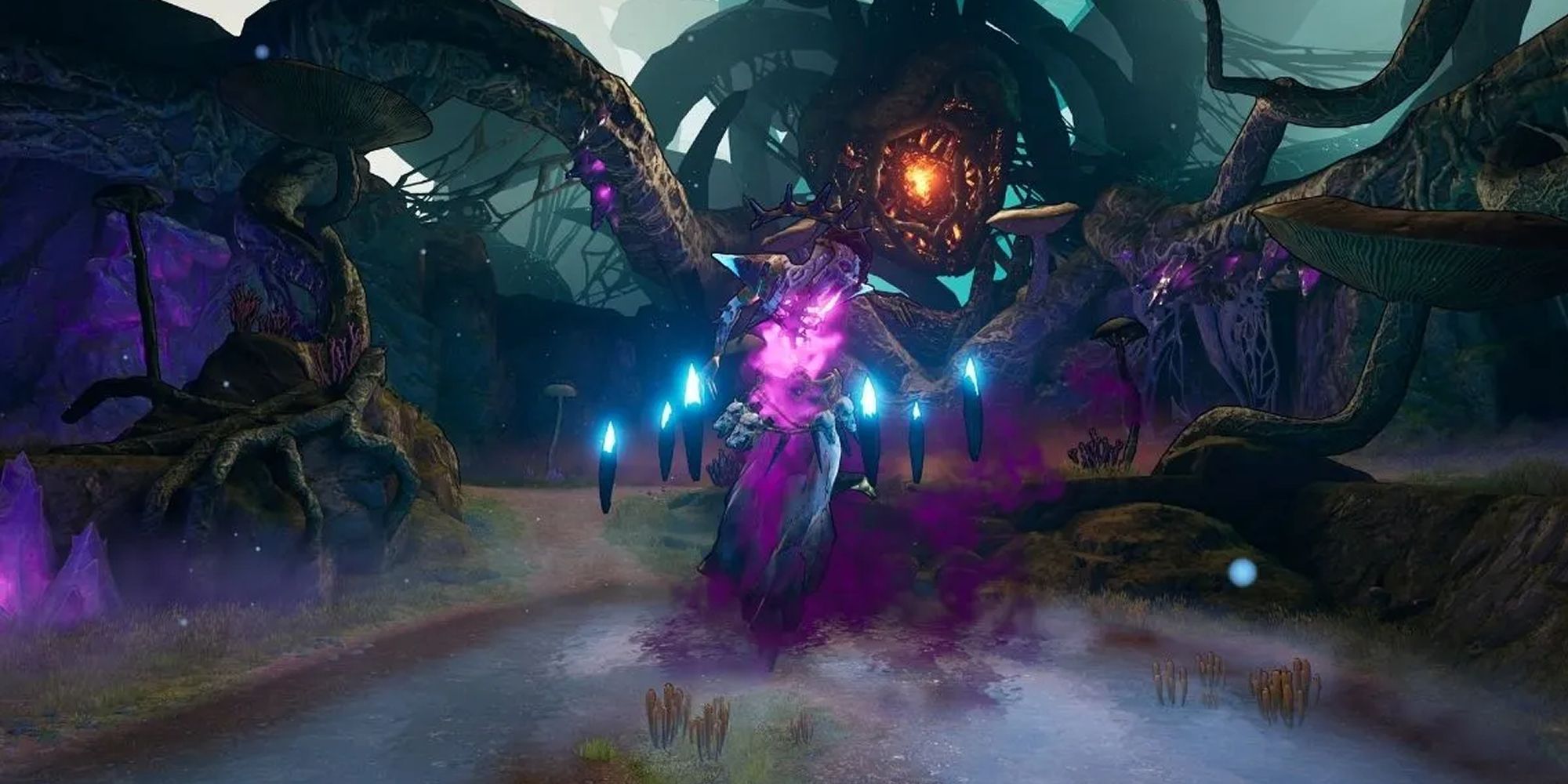 Whenever the Banshee is visible, it will launch several attacks at you. Its most notable is when it will summon a line of glowing shards behind it. This indicates that it will shoot a thin but long horizontal beam at you. It's slow-moving, so position yourself on one of the elevated areas to give yourself options to evade. You can try to jump over it or duck under it as it moves towards you. The remaining shards will then circle close to the Banshee before launching into the air with magical energy. They will then quickly home in on your location so be prepared to sidestep quickly or take cover behind a tree.

Lastly, the Banshee will summon skulls that float around the arena. The skulls tend to move around aimlessly, but they will head towards you if you're nearby. They deal contact damage but can be destroyed quickly with a few shots. Clear out as many of them as you can so that you can focus fire and magic on the Banshee to end the fight quickly.