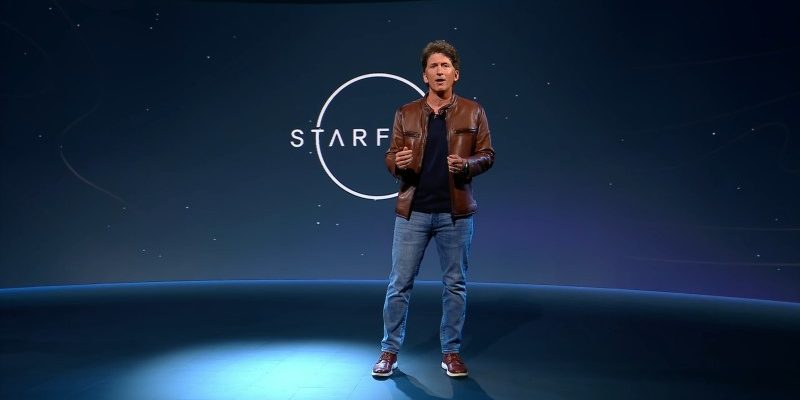 In a video interview with IGN, Bethesda’s Todd Howard divulged additional details about Starfield. He also uttered the name “Fallout 5” and gave an idea of when fans can expect to see it.

Speaking to Ryan McCaffrey, Howard confirmed that Fallout 5 will be the next game after The Elder Scrolls 6, which itself has entered pre-production:

“Yes, Elder Scrolls 6 is in pre-production and, you know, we’re going to be doing Fallout 5 after that, so our slate’s pretty full going forward for a while. We have some other projects that we look at from time to time as well.”

Following up on Starfield’s big gameplay demonstration at the Xbox + Bethesda Showcase, Howard revealed additional facts about the new IP. Starfield’s main story is 30-40 hours long, or 20% larger than any Bethesda game to date. New Atlantis, one of Starfield’s four main cities and capital of the United Colonies, is also the largest city Bethesda has ever made. For character creation, Howard states there are roughly 20 character backgrounds to choose from.

The game’s procedural galaxy features the most hand-made content ever made by the studio. Boasting over 1000 planets that players can visit, Howard also clarified you cannot fly to each one seamlessly a la No Man’s Sky, describing the on-the-ground action and space gameplay as two separate experiences. In terms of space combat, Howard discusses how dogfighting (which he describes as having a slower pace) takes cues from games like FTL and MechWarrior and confirms that players can steal the ships they board.

Starfield launches in 2023 for Xbox Series X/S and PC.