Ubisoft has finally added XP boosts to Assassin’s Creed Valhalla, a premium purchase that increases your leveling rate by 50%. This is nothing new for Assassin’s Creed games – as XP boosts were also present in Odyssey – but plenty of folks were hoping this might be the game in which Ubisoft bucked the trend.

Still, there’s clearly a market for this sort of microtransaction. “As more and more post-launch content becomes available, we want to give the option to players to advance their progression,” said Ubisoft. “Utilities allow players who lack the time to fully explore the world of Assassin’s Creed Valhalla to be able to acquire the game’s best gear, as well as other items, by accelerating their process.”

Basically, if you don’t have the time – or simply lack the will – to level up organically, you can purchase the XP boost to speed things along and reach the newer content. Most people would agree that the pacing in Valhalla is pretty generous, so this shouldn’t really be an issue. Odyssey, on the other hand, was a complete grind fest. In that game, purchasing an XP boost almost felt like a necessity, unless you wanted to spend hours leveling before tackling your next mission. 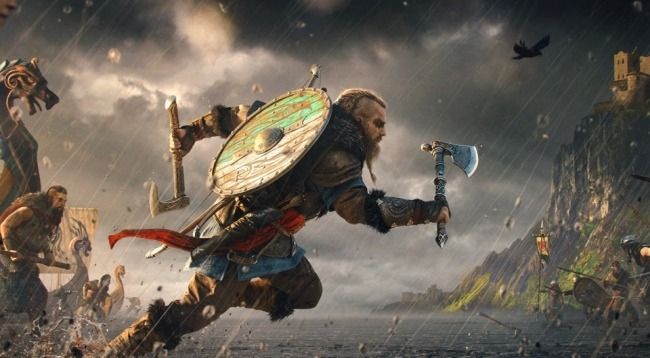 If you’re running short on time but happen to have a few extra bucks, maybe this addition to the premium storefront will entice you to play Valhalla. But for everyone else, there really isn’t a need to pick up the new XP boost. Take your time, explore its sprawling world, and follow the main threads of the story. With any luck, you won’t need to grind for XP at all.

Microtransactions like this always stir up a debate in the community. Some people see it as a time-saving convenience – others view it as an intrusive way for the publishers to cash in on poor game design. And, in all honesty, there’s probably a bit of truth to both those sentiments. We don’t expect Ubisoft to pull these purchases anytime soon, so the debate will continue to rage on in 2021.

NEXT: Platformer Cyber Shadow Will Launch On January 26, 2021