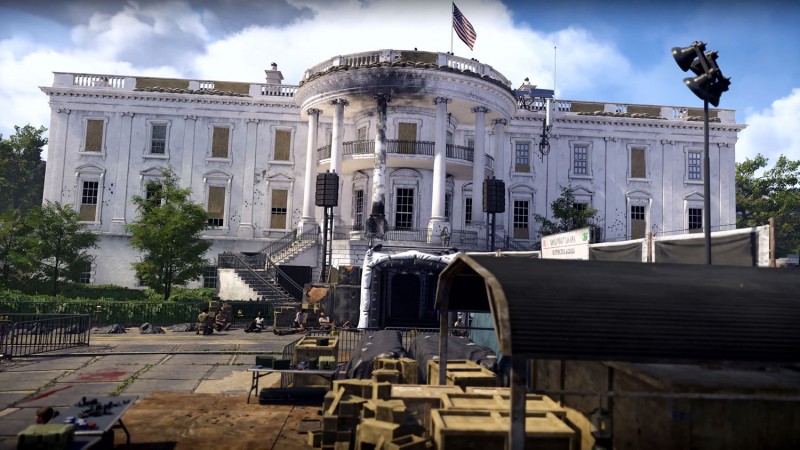 Ubisoft is no stranger to games with political backdrops. Recent games like Ghost Recon: Wildlands, Far Cry 5, and The Division 2 all draw from history and current events. However, the company has in the past stated its games aren’t political, a statement Yves Guillemot recently clarified by saying they want players to come to their own conclusions about whatever topics their games depict. Today the company released an interview VP of editorial Tommy Francois diving a bit deeper on this topic, outlining why the company doesn’t want to take hardline stances.

“We believe that games should offer a 360-degree view of life, should let people interact with all points of view,” Francois said. “If my game was set during the Vietnam conflict, for example, we would want the Viet Minh, the Viet Cong … basically everyone’s point of view. And that relates back to people making up their own opinions and our ability to create more mature games that are nuanced, versus being black or white.”

The goal is to open players up to different viewpoints, but also let them take away from their games what they want. “If people want to have fun and don’t want to engage with some of these systems, I’m cool with it, too,” Francois says. “People who just want to have fun, and not be exposed to these points of view, or experience it on a deeper level should be able to do what they want.”

However, Francois does acknowledge that this attempted objectivity could lead to players walking away sympathetic to certain negative aspects of the scenarios in Ubisoft games, or enticed by them. If someone were to become infatuated with the idea of joining a cult after playing Far Cry 5, for example, Francois says he’d hate to have that happen. “I seriously hope we never have this impact, and that we don’t make someone think a cult is a great place to go,” he says.

The full interview dives into more nuances, and you can read that here.