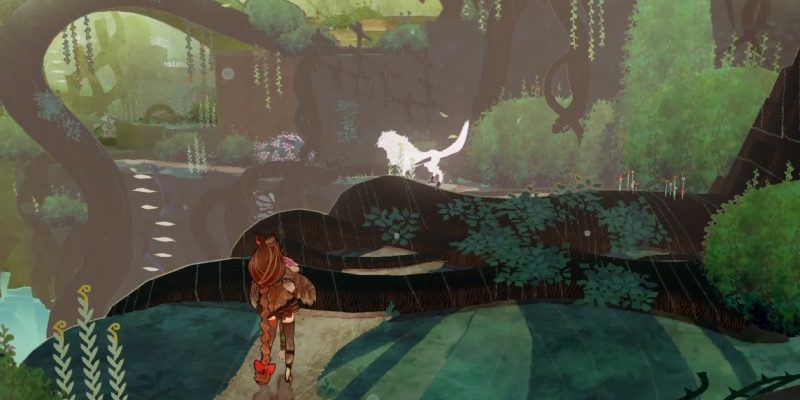 A “brief playable teaser” for Bayonetta Origins: Cereza and the Lost Demon is available now within Bayonetta 3. According to Nintendo, “Players who purchased the Old Picture Book at Rodin’s shop, The Gates of Hell, using in-game currency and unlocked it with three keys will be able to access the teaser.”

Hot on the heels of Bayonetta 3’s release in October, tonight during The Game Awards, Platinum Games and Nintendo announced Bayonetta Origins: Cereza and the Lost Demon.

Stepping away from the series’ traditional gameplay and visual style, Origins plays out in a cel-shaded art style and an isometric camera angle. It was hard to get too good a grasp on the gameplay from the trailer, though it does look akin to the Viola chapters from Bayonetta 3 – where the player character’s combat actions are deemphasized over summons instead. Additionally, it appears that the main summon is Cheshire, who indeed was Viola’s only summon in Bayonetta 3. Though time will tell if Origins fairs better.

Narratively, you play as a young Bayonetta – or Cereza, as is her actual name. You can get a better idea of the overall story and see the game in action in the trailer below:

Bayonetta Origins: Cereza and the Lost Demon will be released on Nintendo Switch on March 17, 2023.